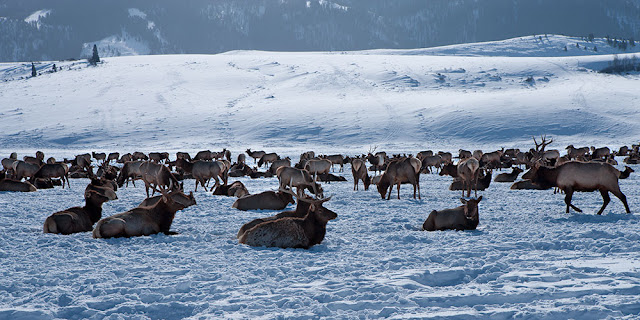 Posted by ironcreekphotography at 9:18 AM 0 comments 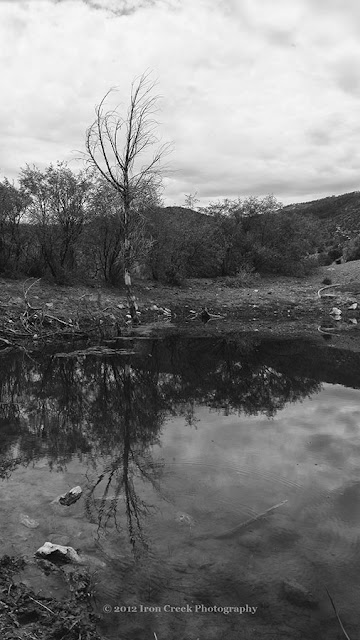 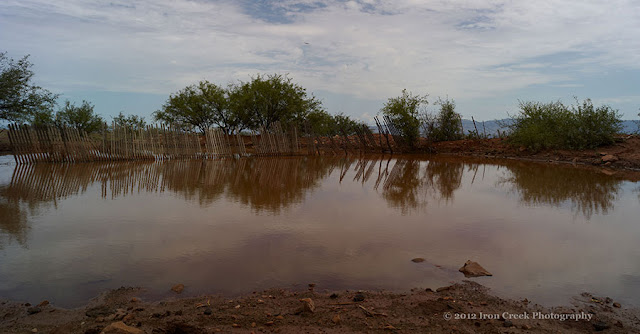 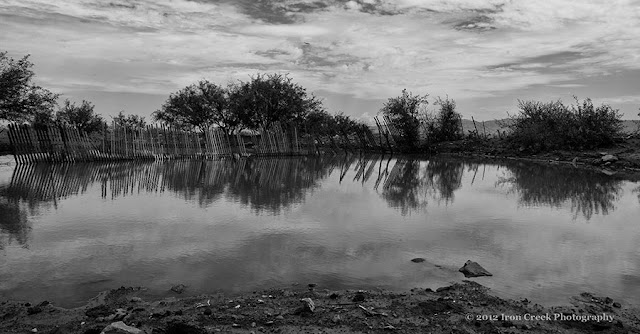 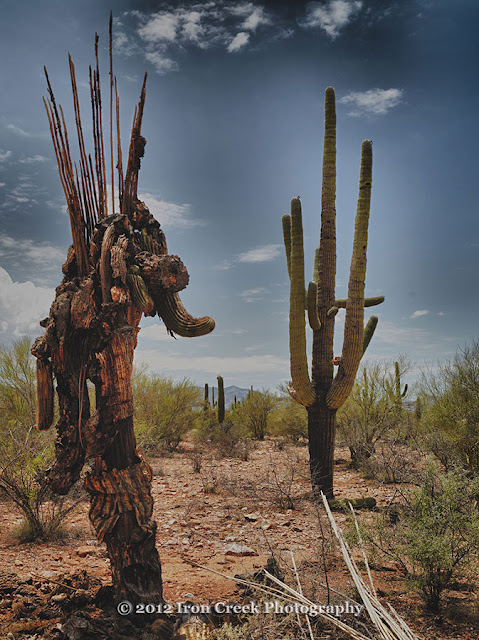 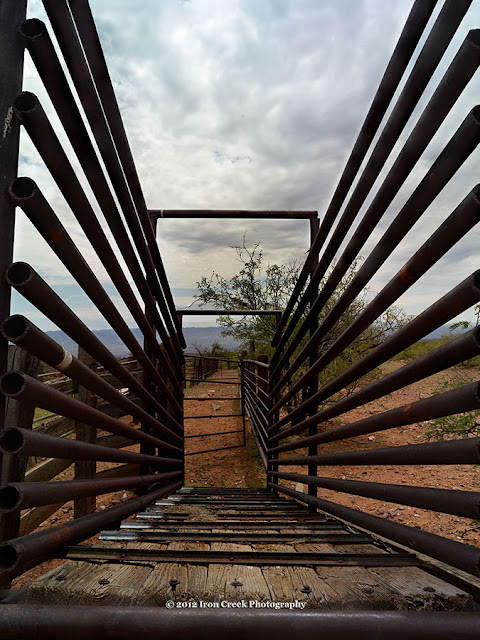 Don
Posted by ironcreekphotography at 9:10 AM 0 comments

Upgrading to a Phase One IQ160 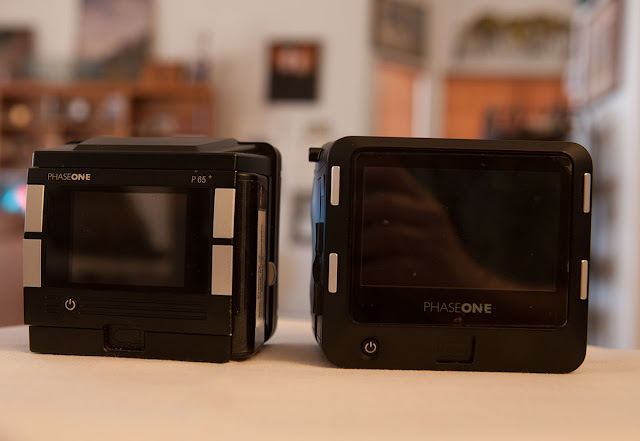 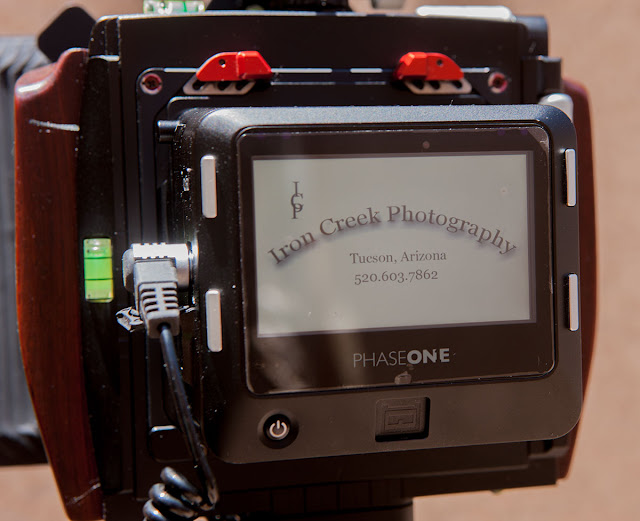 IQ Splash Screen
The IQ backs all sport a 3.2" touch screen with 1.15 megapixels 290 ppi(dpi) with 16 million colors and 170 degrees of viewing angle.  Simply put - the screen is huge. 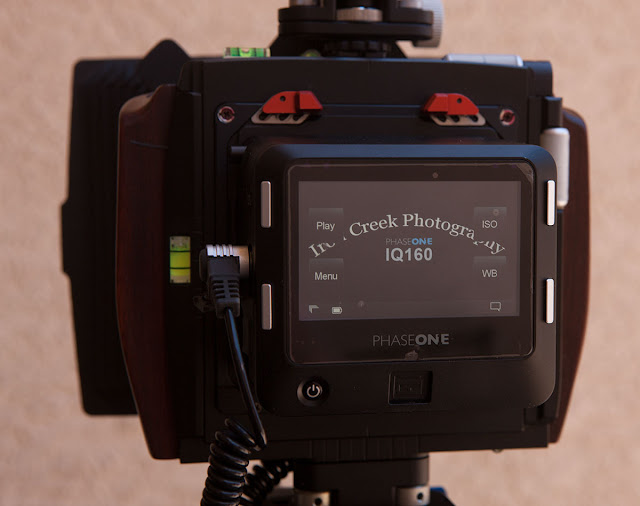 The P65+ has the same lens factor and sensor size.  The Plus backs all share the same 2.2" QVGA TFT display with 230,000 pixels.  Compare the 2-screens and the IQ seems like the neighborhood sports bar screen hanging on the wall. 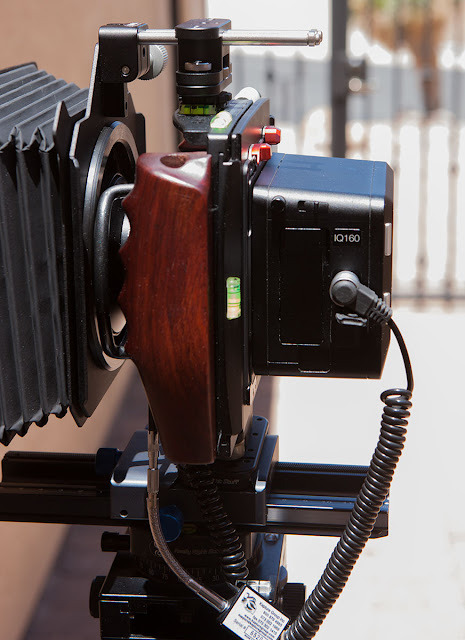 left side of the IQ
I had a chance to actually try an IQ180 last year in and knew then that I wanted an IQ back. Some of the features I saw and instantly liked was the high resolution display with touch control.  The simple ability to check focus by double tapping the screen to bring the image to 100% and with finger control up to 400%.  Then there's focus mask which is similar to what can be found in Capture One software.  There's image alignment tools which show both roll and pitch.  And live view.  All this and more made me feel this would feel right at home on a technical camera. 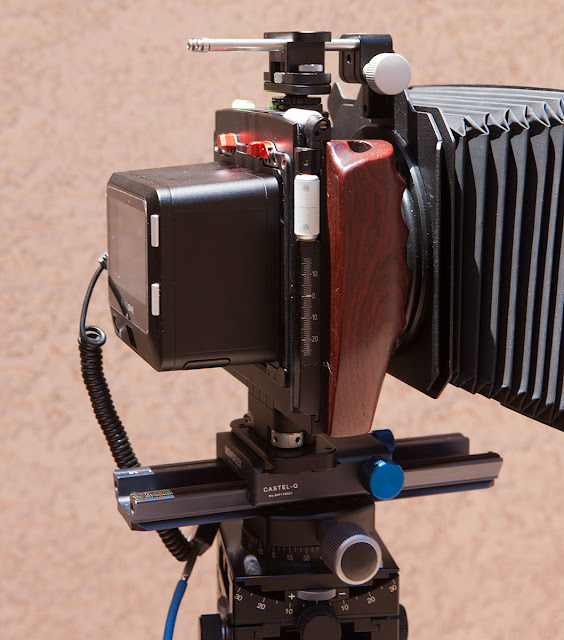 right side of the IQ.  Notice the clean lines?

Fast forward 18-months.  During this time I upgraded my P45+ to a P65+ that had been traded in to on an IQ.  As good as the P45+ is I found the P65+ that much better; yet I still yearned for the IQ again feeling it a better fit for my photography.  In a chance telephone conversation with my good friend Dave Gallagher, Capture Integration, I made a passing remark about whether or not he has seen any good used IQ backs yet.  Actually he said he has.  While I'd like to get the IQ180 there seems to be some problems with it working/playing well with a technical camera; primarily in using wide-angle lenses.  I'm more than pleased with my current lenses and just don't feel like upgrading the back only to have to upgrade one of my lenses. Dave told me he had both a used IQ160 and 180.  The choice was easy.  I wanted the IQ160. 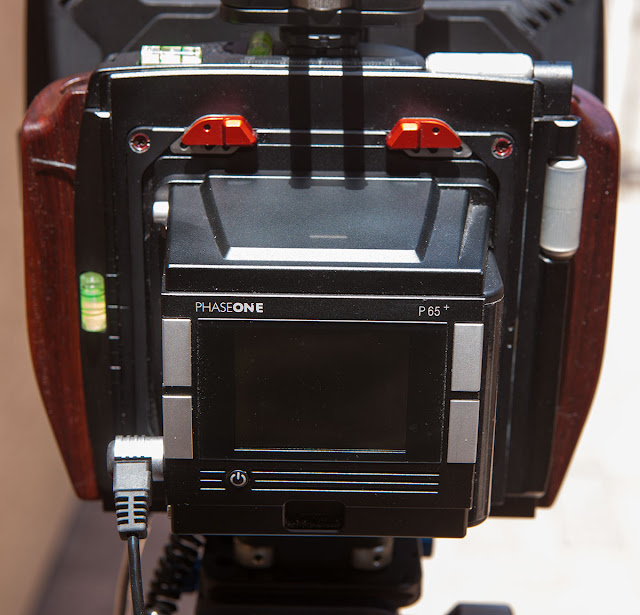 I've had some questions my decision with the IQ160 as it has the same resolution as the P65+.  Again the decision was easy based on the factors described above and with my feelings that the IQ back is a perfect partner to a technical camera. 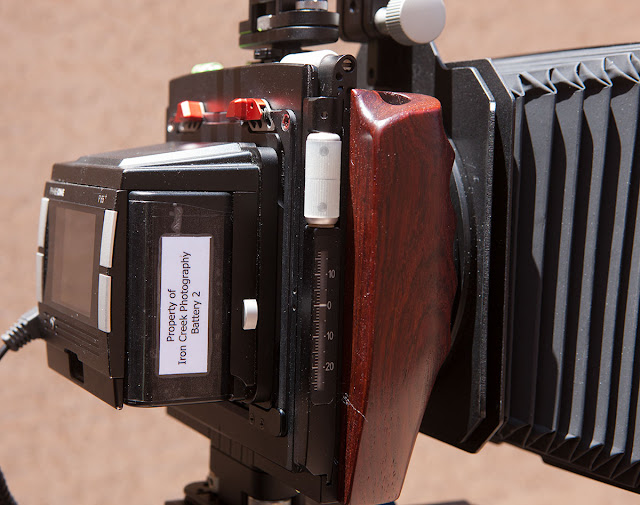 right side of the P65+ with the outside battery
﻿
I've had the IQ160 for only a couple days and during that time I've had it mainly on the Cambo WRS and quickly found my assessment of its abilities were spot on.  I'm able to capture an image much the same as before however the fun begins when reviewing the image.  Tap the screen and I see the image.  Besides the image I see yet another small image which shows me the focus mask.  I can double tap the smaller screen to make it full size for better viewing or I can double tap the main screen and see it at 100% then using the slide on the left increase the image to 400%.  I can move the image around by placing my finger on the screen and moving it much like you would on a tablet computer.  All in all the process is much easier and faster than before while offering more and better tools to instantly review the file. 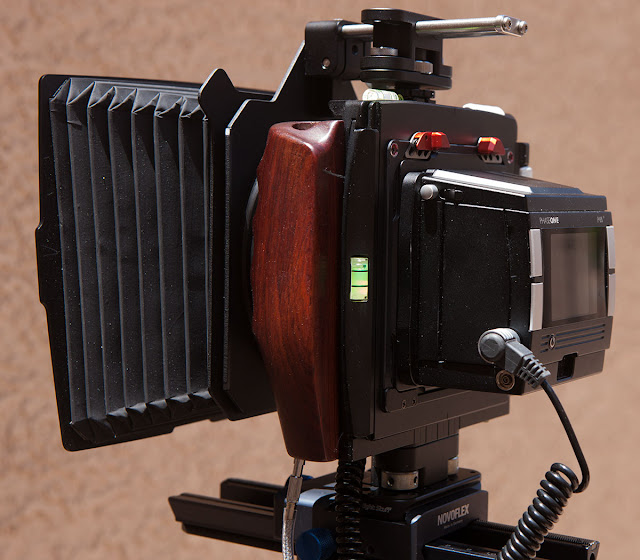 left side of the P65+ Notice the downward angle?
﻿
I found what I consider the ultimate landscape camera for me several years ago when I got the Cambo WRS.  That camera just got a heck of a lot better with the introduction of the Phase IQ back.  Don't worry, this back will also shine on the Phase One DF body. 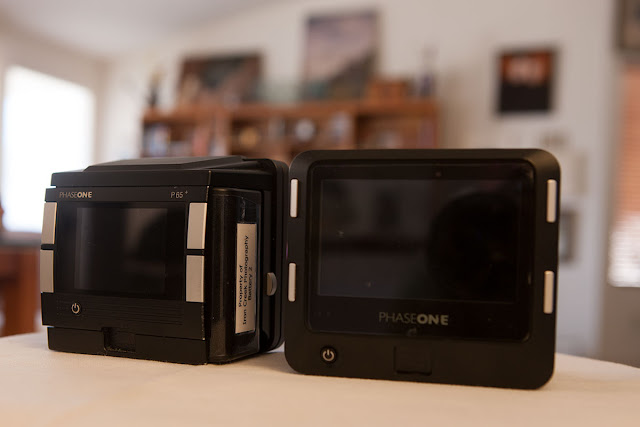 another view of the 2-backs
﻿
Was it worth it?  The short answer is yes.

Once again I want to thank Capture Integration of Atlanta GA who I feel are not only partners but good friends.