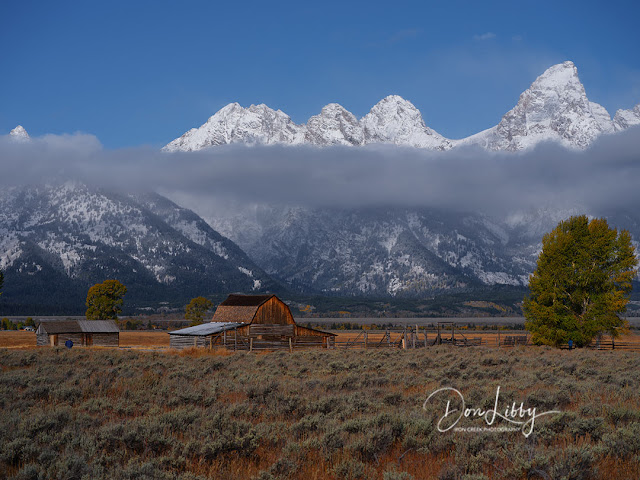 I bought into the original Fujifilm GFX50s primarily due to the size. Finally, a lightweight medium format camera system that I could carry all day without breaking my back. Then Fujifilm introduced their new and much improved GFX100. People had a choice between a lightweight 50 megapixel or not so lightweight 100 megapixels. 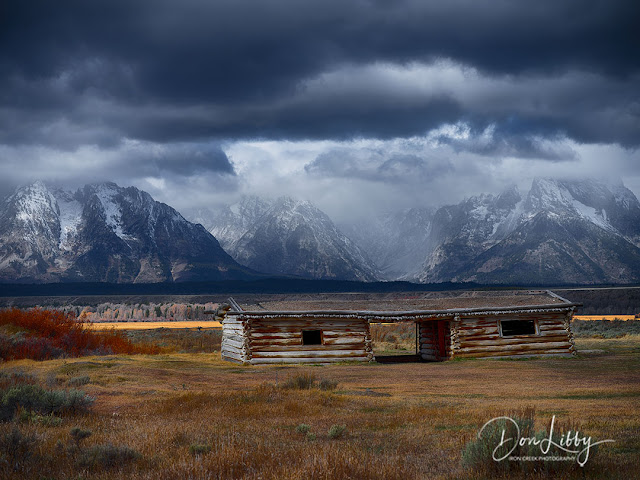 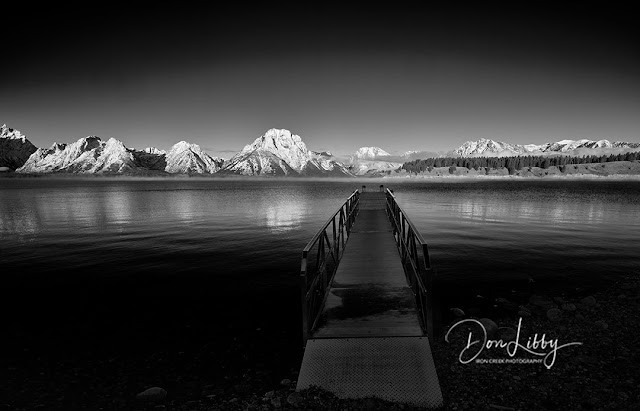 Fast forward to October 2019. I arrived in Jackson Hole WY and almost instantly began thinking about the GFX100 and how doubling the resolution would fit into what I would be doing for the next 5-weeks. I wrote my dealer saying how I was interested again and that I might be picking a 100 up next year. To my surprise, my dealer happened to have a brand new GFX100 that had been on order and cancelled; would I like to have it?   It took less than 30-seconds to decide to buy it having it shipped to Jackson WY. 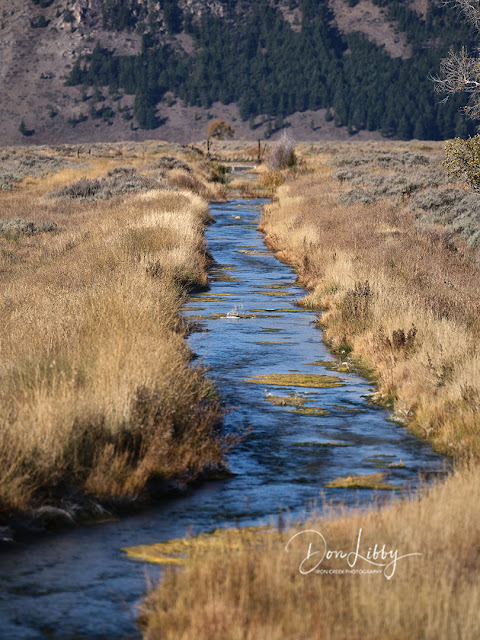 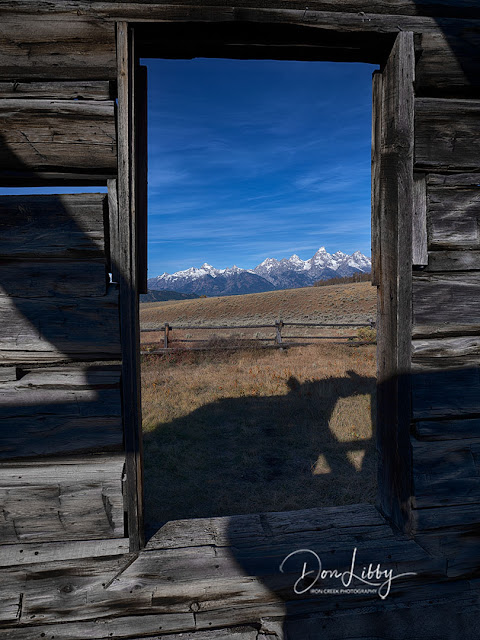 I’ll admit I stopped looking at the specifications after seeing the size and weight. Had I continued to read I would have been impressed to the point I might not have cancelled my original order. 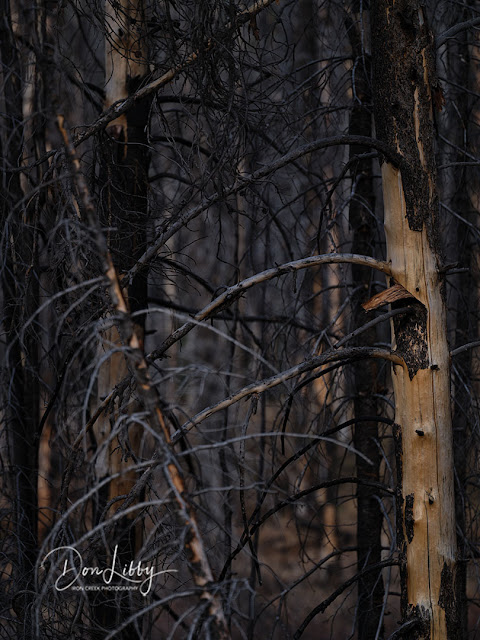 John D Rockefeller Jr. Memorial Parkway
GFX100 GF250mm &1.4 TC
350mm f/5.6 1/320 ISO 100
Yes, the physical size of the body is large. Think in the neighborhood of a Canon 1Ds. Added to the size is the weight at close to 3 pounds. Once you get over these two things everything gets better. This camera just feels good in your hands. 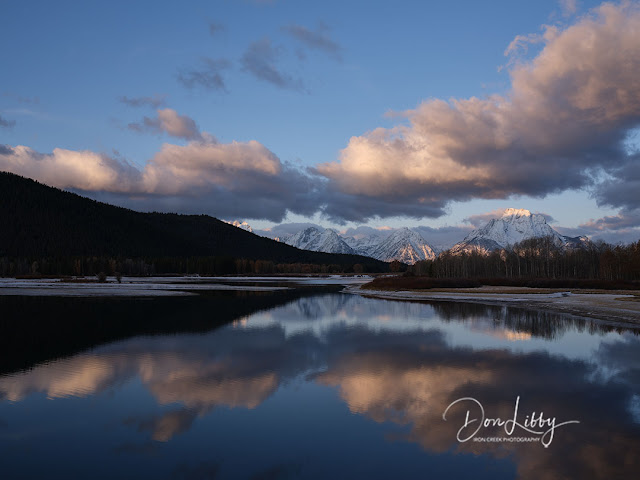 There’s a lot to like about the GFX100. The grip fits my hands nicely. The dual batteries are great when shooting in sub-zero temperatures.  The system is weather sealed and offered protection while I was shooting with snow falling. 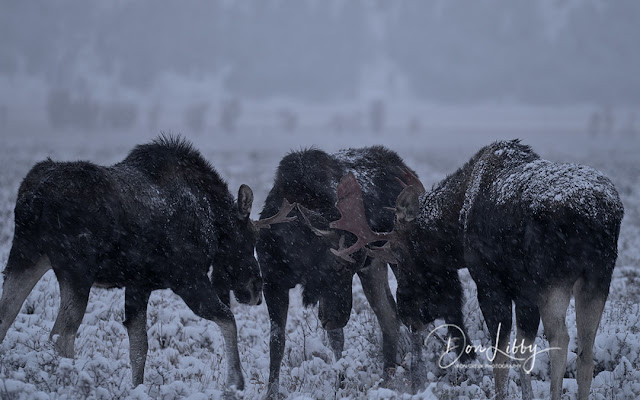 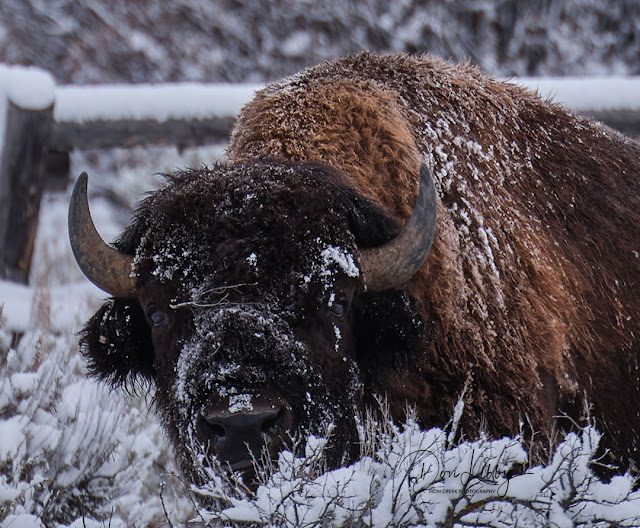 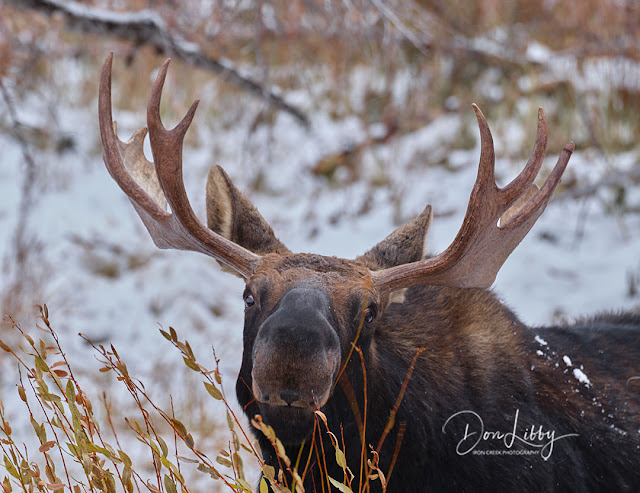 I didn’t get much of a chance to shoot much landscape due to the conditions; however I was able to shoot wildlife. Capturing wildlife with a medium format system has always been a little iffy. The auto focus was always an issue; likewise being able to capture multiple shots quickly. 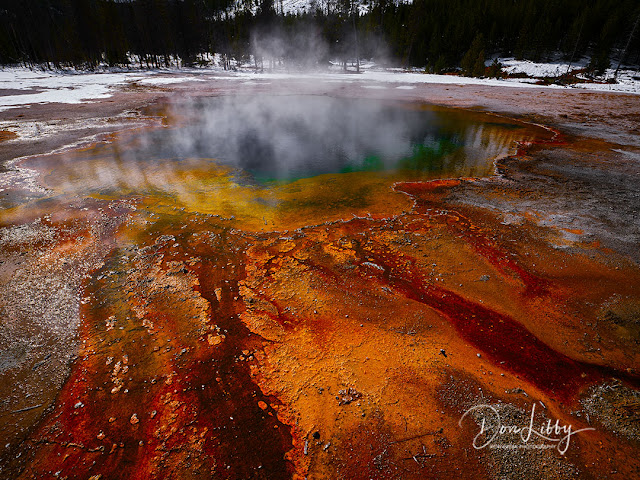 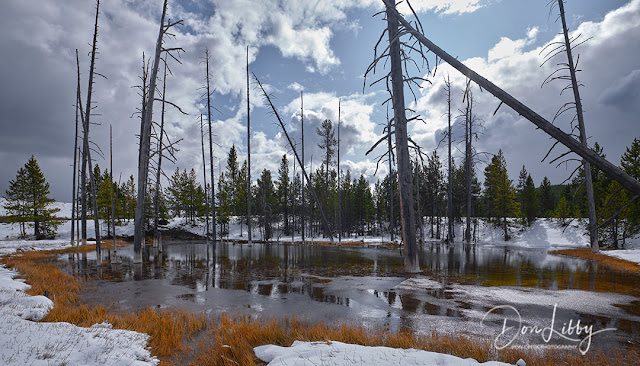 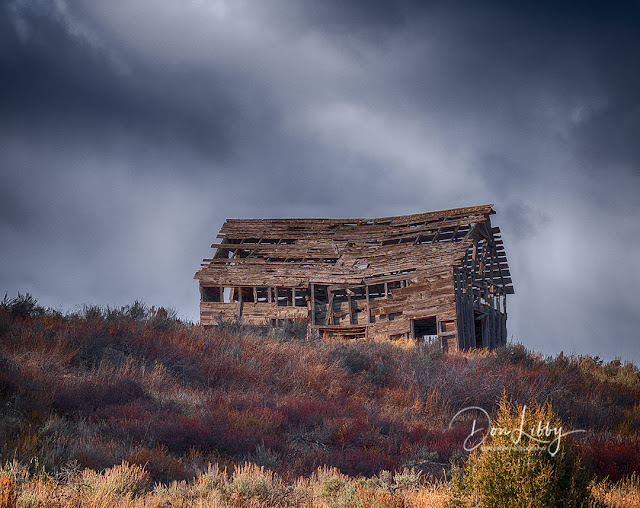 Let me address auto focus. I shot elk, moose, buffalo, big horn sheep, swans, eagles and owls and never once had an issue with auto focus. 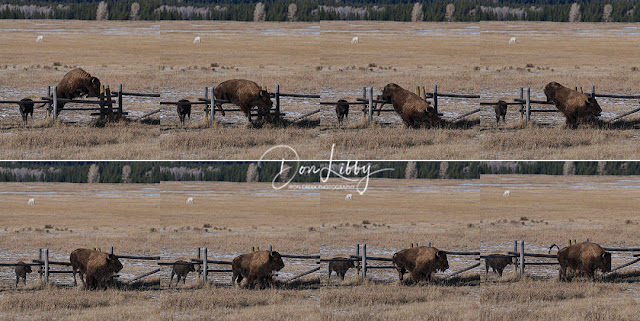 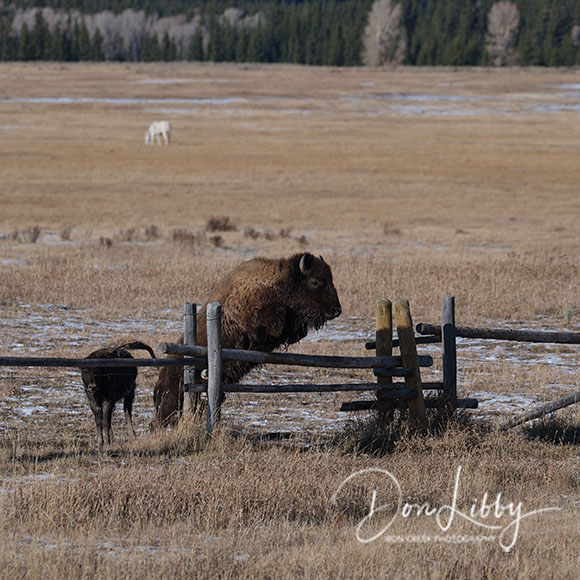 Continuous shooting. I was able to track the movements of the wildlife while keeping the animal in focus. 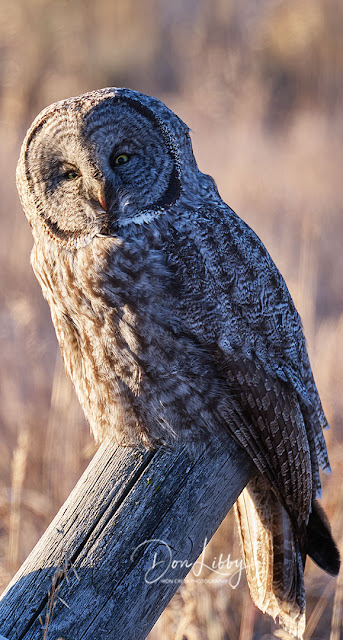 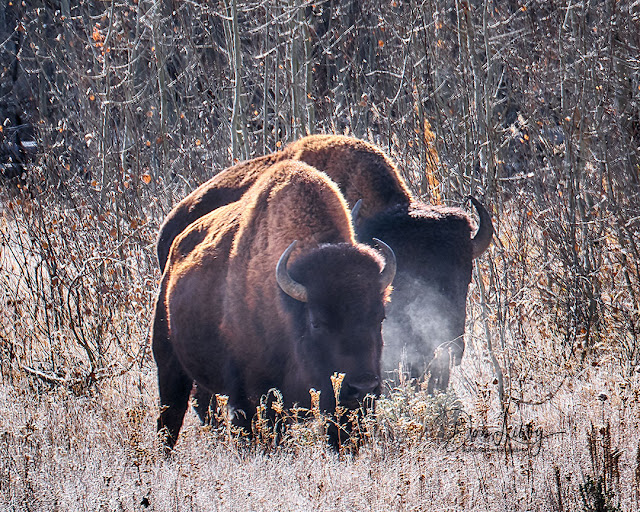 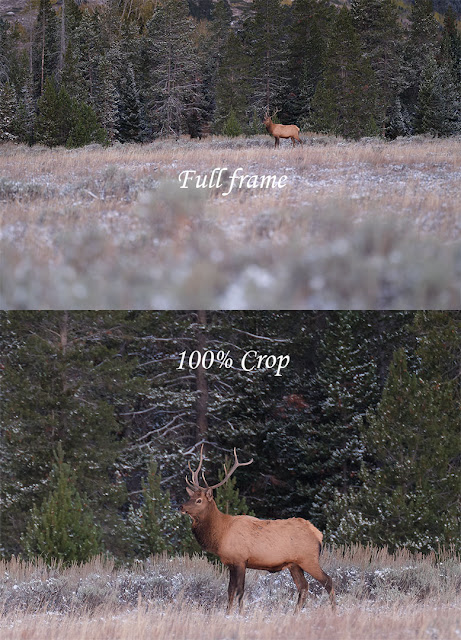 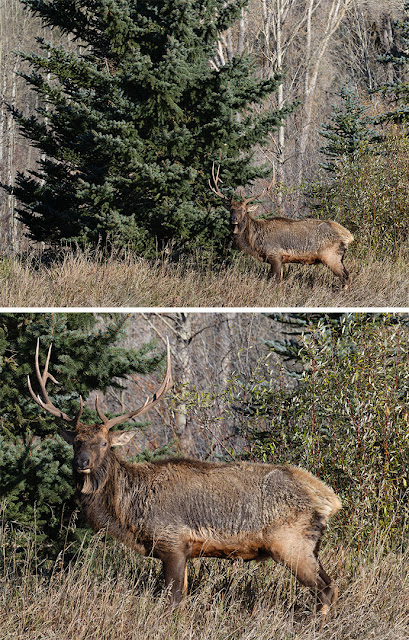 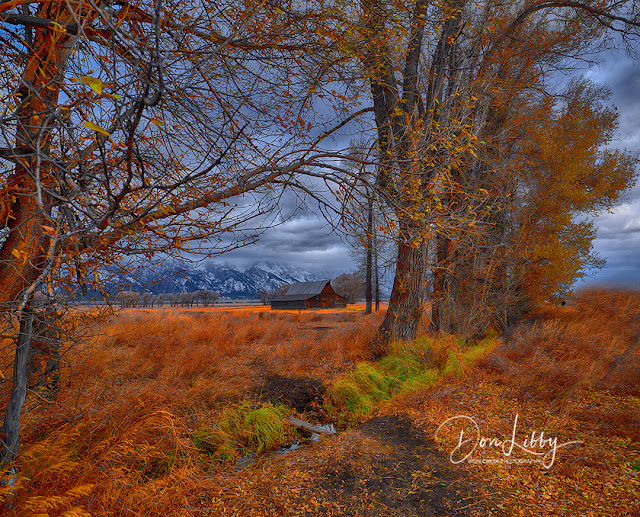 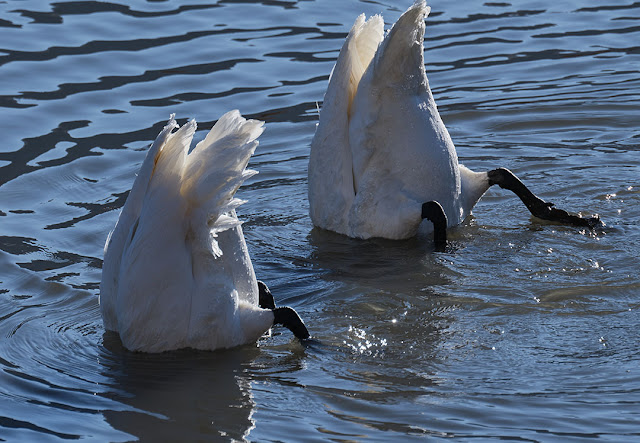 Posted by ironcreekphotography at 9:10 AM 0 comments