Testing the Schneider 2x extender with a Mamiya 150mm 2.8


I've been testing the 2x extender the past two-days attached to a Phase One 240LS 4.5 and have gotten excellent results.  Time to test it with another lens, my Mamiya 150 2.8.


Like the 240LS, the 150 lost autofocus and doubled the f/stop to 5.6.  Still a fast lens.  A couple big factors in using the 150 with the extender; less overall weight and a much faster lens.  The drawback?  I found I missed not having the extra reach of the 240/480mm.


Weather was better than yesterday with slightly warmer temperatures and no blowing snow which meant the air was much clearer today.  While the weather was better we had far less chances of shooting wildlife.  The Big Horn Sheep stayed on the very top of a hill which even with a longer lens it would have been a challenge.  The Moose were all laying down huddled in bunches keeping warm.  The Elk were out however the closest we saw them was around 600 yards, again no joy.  This left .  We saw plenty of however they were all too far away to make any sort of decent image.  The exception was a small heard near .  Close enough for a 300mm but would have worked perfectly had I had the 240 with me.  In the end I took a grand total of 8-frames and choose the 2-included here.  Each sample shows the full frame as well as a 100% crop.  Very little processing has been done.  These might not be the best samples of what the extender can do with the 150mm however I feel it shows the potential.  I didn't have my Mamiya 300 4.5 with me this morning however I fail to see how that lens would have performed any better. 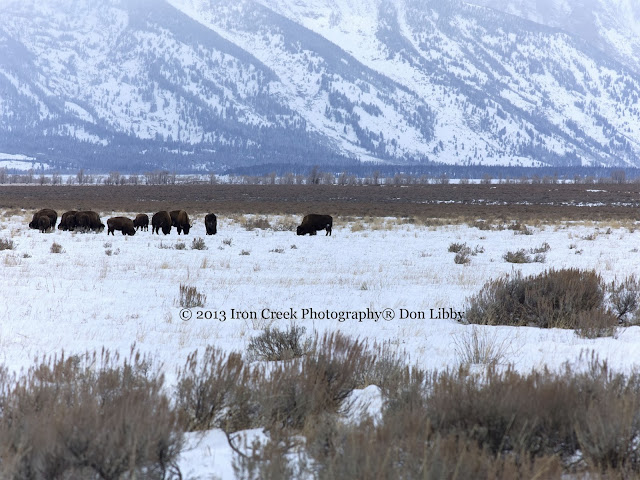 100% crop
At the end of the third day of testing here are my instant thoughts.  I've thought about buying a older Mamiya 500mm lens but feared it wouldn't resolve well with my IQ160 or IQ180 (okay I'm thinking ahead).   I began thinking of the 240/2x combination this past September while shooting Elk in for a client.  The more I thought about it the more I wanted to try it out.  My thoughts included the fact I already have a 150 and 300 and the 150 would also fit on the 2x.  My other thoughts were that with the 240 and 2x I'd end up with 2-lenses and 4-focal lengths (I also thought I'd sell the 300 if everything works out).
I've been using the 2x with the 240 and now the 150 for 3-days.  These past 3-days have been spent outside in zero degree temperatures up to a balmy 14 degrees. I've shot in varying conditions of sunny, heavy overcast, and snow. 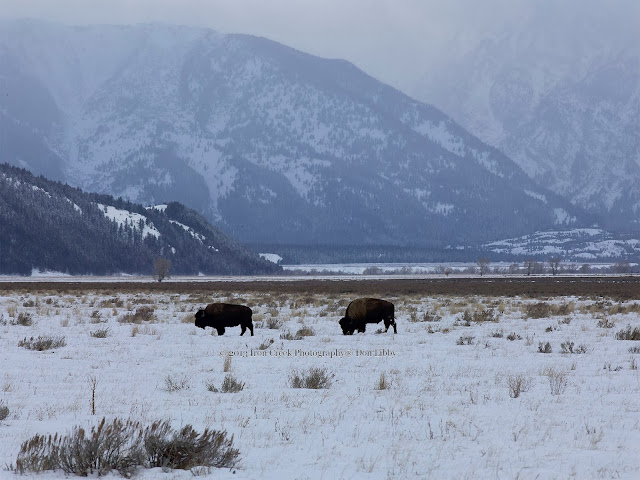 100% crop
Bottom line?  Anyone considering the Schneider 2x extender or might be on the fence due to the heavy price tag my recommendation is to try it.  It's well worth the money.  And to answer the unasked question - yes I plan on buying.
Okay the other portion of this test has been the Phase One 240LS.  This is a very heavy lens and is a 4.5.  If you get around the weight you have a stellar lens.  I never thought that I'd have a gallery print while testing the 240/2x however,  that's exactly what happened the very first day of testing.  Right conditions and a great lens helped.  Do I want it? Again, yes.
I've got the 240LS and 2x extender for a couple more weeks before I have to return them and since I'll be in Jackson Hole until after I return them I plan on using them.  A lot.
Stay tuned for more
Don
Posted by ironcreekphotography at 1:43 PM