The following is intended to be a short review with more to come as time permits of what I believe is a great aerial camera platform.


I've been interested in aerial photography/videography for some time now.  We've all been to the malls where some guy is flying a small remote helicopter making it look easy and fun.  There's something like that at the Tucson Mall and every time I walk past the store I think about how neat it would be to put a camera on one and see what I could get; I think about flying over the rim of the Grand Canyon, along the sand dunes of Death Valley, just about anywhere in Moab would be great.  Then I think about and the unlimited possibilities there.  No, I never bought one from the mall.  I have however spent countless hours on the web researching various platforms but never finding the "right-one".  Until now... 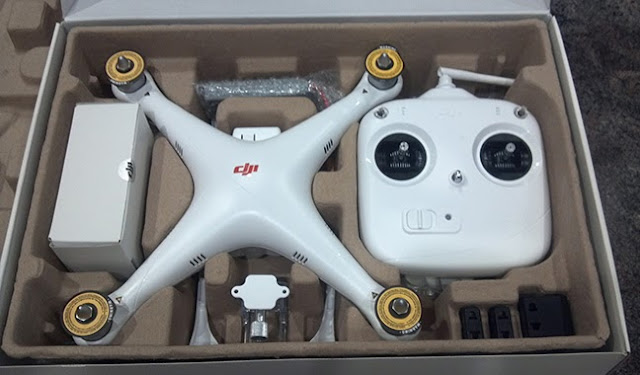 
It hasn't been without problems - most of them I'll take the blame for.  You have 4-motors with 2-turning clockwise and 2-counterclockwise; they're in pairs.  The video instructions are clear in that you pair the props to the motors with each being clearly marked.  What isn't said is the orientation of the props.  I installed the props as I should have (counter clock on the counter clock motors and clockwise on the clockwise motors) and attempted my first flight.  Disaster.  No liftoff and I ended up braking a prop after it tilted over.  What wasn't said is the proper orientation of the props.  I reversed the props to have the marking facing up and quickly had my first flight; good thing the Phantom comes with 2-complete sets of propellers. 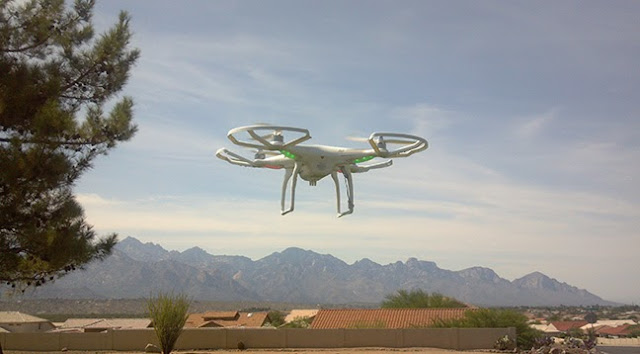 My second error was made shortly after I added the prop guards.  Thinking that I needed "training wheels" for at least the first couple flights I added an accessory which guards the props if tilted over.  After being familiar with the Phantom I had decided to remove my training wheels (besides they wouldn't fit inside my case).  What I forgot was the size of screws.  The guards use a slightly longer screw than what I had removed and in a total fit of stupidly I reused the screws which in turn made the motors bind up and quit.  But wait, there's more...


The Phantom is a very easy bird to open and upgrade so long as you have the knowledge and proper tools with plenty of "how-to" videos available.  I found the replacement motors at UAV Direct and had them shipped quickly.  I removed the solder attaching the 4-motors and attempted to install the replacements.  A word about the solder used by DJI - it is the highest temperature solder I have ever come across.  How hot?  I had to crank my solder station all the way up to the max to unsolder the motors leaving a good puddle at the connectors.  The first 2-motors went on with little problem, the 3rd began to kick and scream and the 4-was the worse.  Each motor has 3-wires; I was able to solder 11 wires with little to some degree of difficulty.  The very last one (isn't always the last one) gave me the worse time.  I had to keep trying to heat the solder up to the point it would take the 12th wire and somewhere along the way I overheated the little board and ended up destroying it.  I did a test run-up and had 2-motors running great with one limping along while its mate just stood there.  I was faced with either replacing the controller board and trying again or walking away.

Once again this is where having a great dealer is worth their weight in gold.  I'm on a time crunch as we're leaving for   I simply don't have the time it would take to find someone to fix what I broke.  Enter UAV Direct.  I ordered a replacement Phantom and they took back my Phantom as a trade to either fix or use for spare parts.  Win win for both of us.


So, I'm back in the air and will be much more careful of what I'm doing so I don't repeat the process.  I love the Phantom and Go Pro Hero 3 that's attached and am looking forward to adding this to our ever growing camera kit.  We've been adding video clips to our DVDs and this will enable us to add much more, so stay tuned.


In the end, if it weren't for my errors I'd have no problems.  Again, I love the Phantom and recommend it highly just as I do UAV Direct in .


Posted by ironcreekphotography at 6:58 AM