Testing the Sony FE24-70 in Infrared 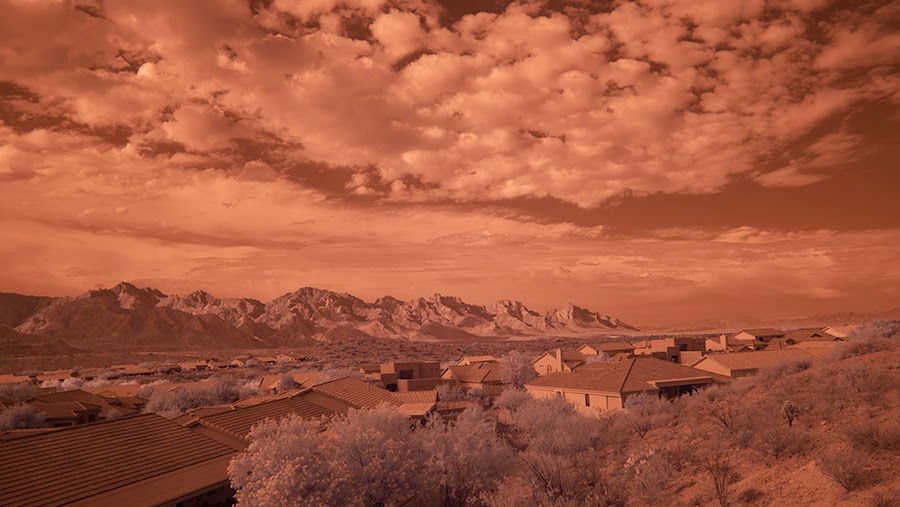 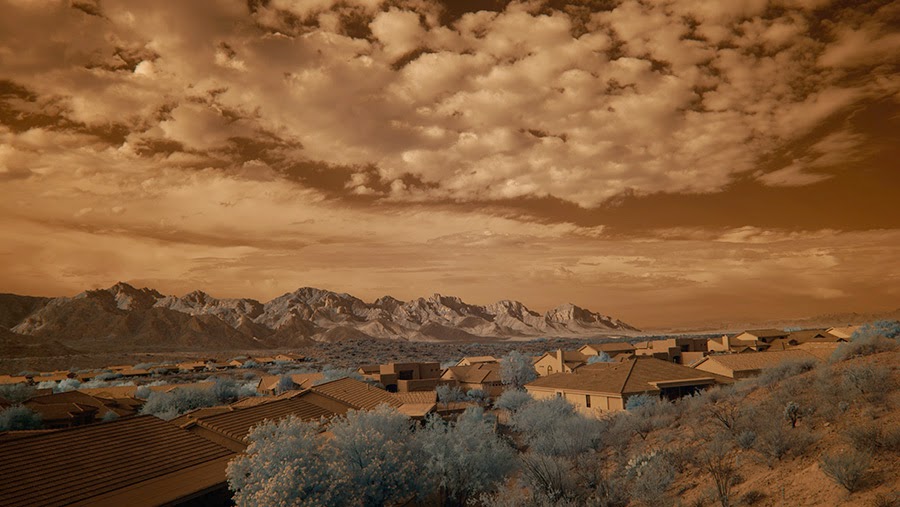 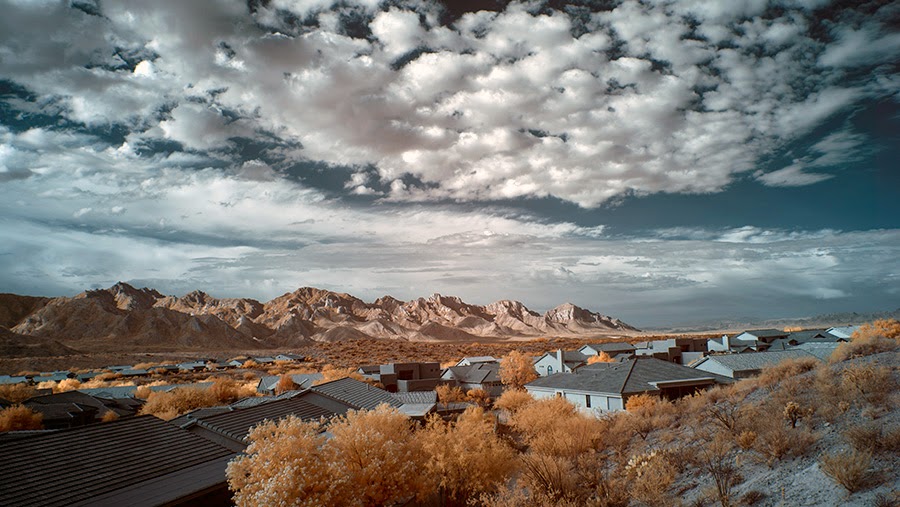 IR processing
I took a series of photographs this morning using the 3-IR filters available with the Sony A7r.  I've written previously that Life Pixel converted my A7r to shoot 665nm IR.  I'm also able to capture in the 720 and 830nm range using lens filters.  The 7r gives me the ability to select 3-separate custom white balances and I've taken advantage of that creating one for each IR filter range I'll be shooting.
The samples included here were all shot with the camera set on the same tripod I use when I use my medium format technical camera so I know it's rock solid. I attempted to keep the focal length the same on each shot.  What I've found is the 35mm marking on the barrel isn't as accurate as I'd like.  The first 2-shots; 665 and 720 were both captured at 31mm (I thought I was shooting 35) while the 830nm was captured at 33mm (again I thought it was set for 35mm). 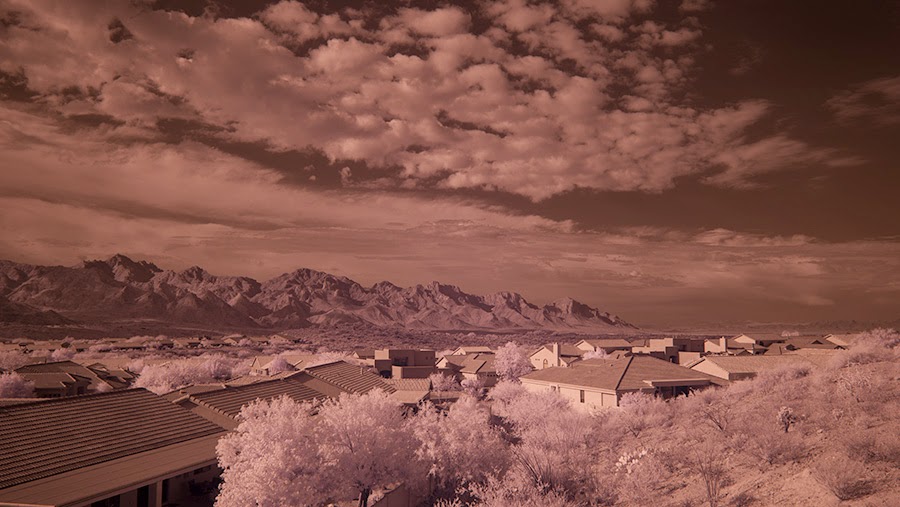 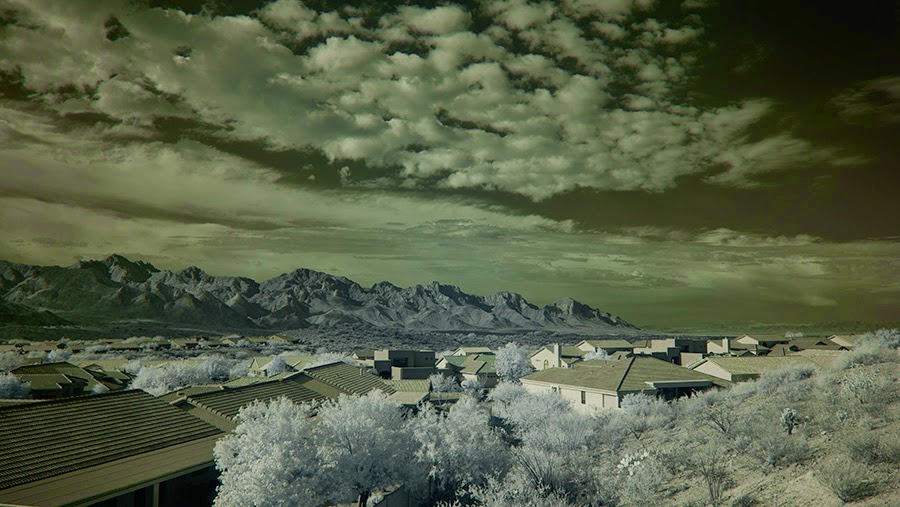 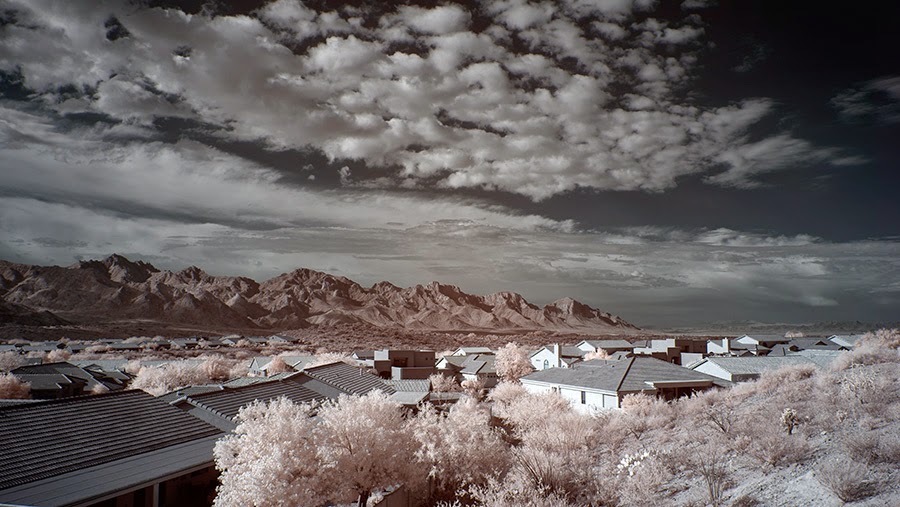 Once again I'm very pleased shooting a mirrorless camera as what I see in the viewfinder (I rarely ever use the LCD) is exactly what the sensor sees and will capture.  F/stop, shutter speed and ISO all immediately show the effects of their adjustments thus it takes the mystery out of setting up the shot.
In the end the f/stop and shutter speed were all set the same; f/8 and 1/125.  The only setting that varied was the ISO with me shooting at 50 for the 665 and 720 and bumping it up to 225 for the 830nm filter.  From doing these and other tests I can tell that I'll be using the 665nm more than the 720 and the 830nm when I want to shoot black and white.  In the end it's nice having the choices; almost like back in the film days. 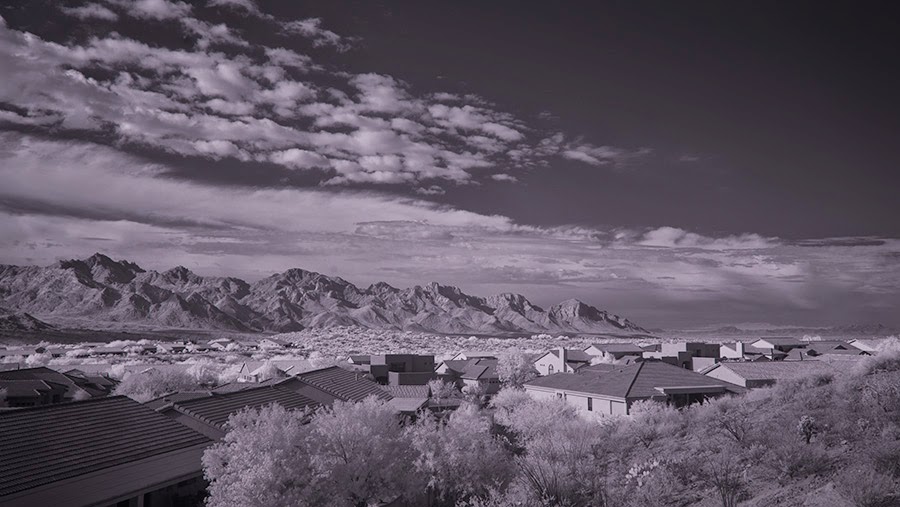 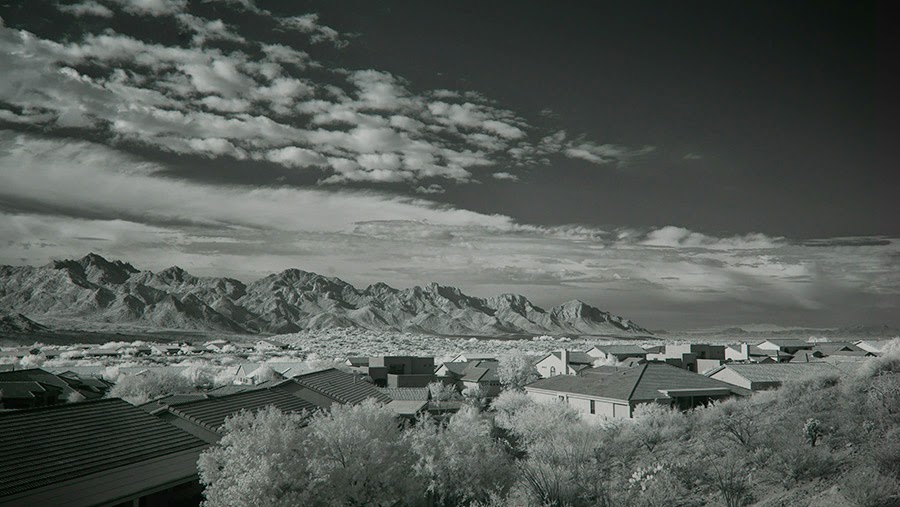 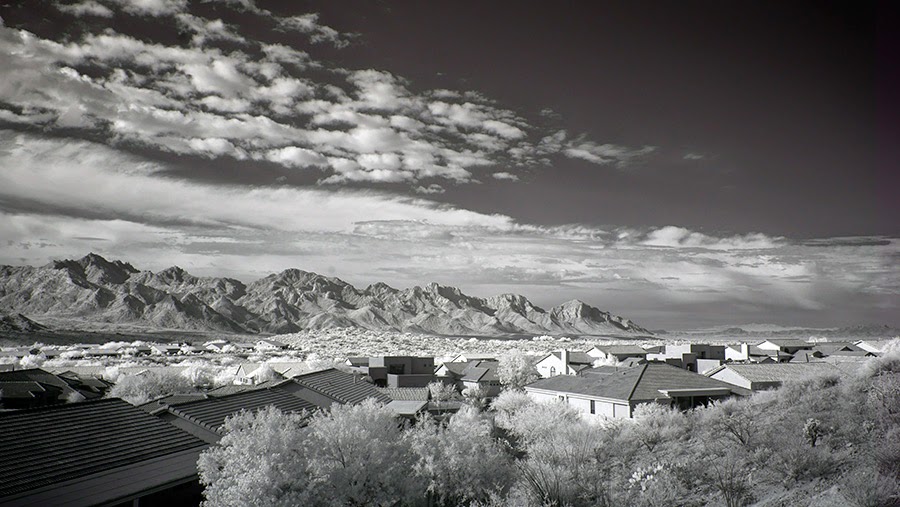 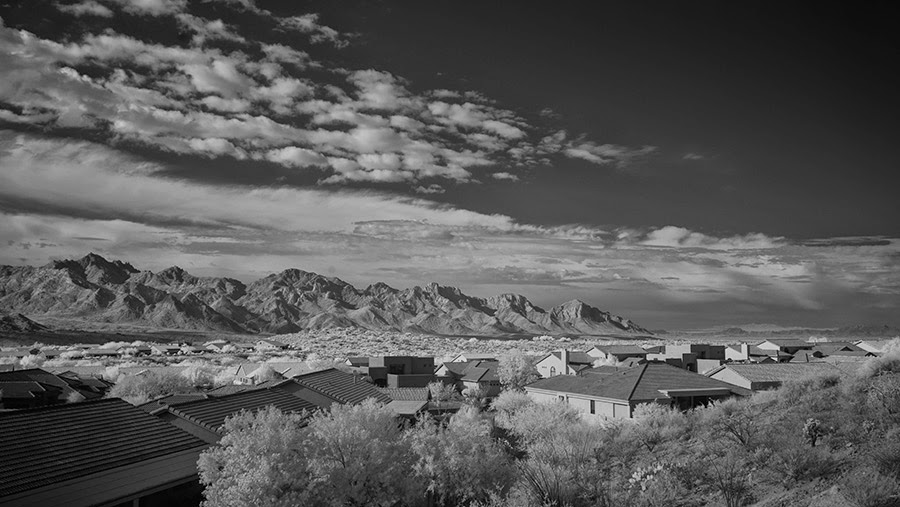 Silver Efex Pro
Each sample includes the file as it looked opening in Photoshop CC or Capture One Pro.  The second file shows the actual image as shot by the camera and what it looks like after running it through Sony Image Data Converter.  The third image shows what the file is capable of with a minor IR adjustment.  In the case of the 830nm file I've also added another sample showing what it would like after processing through NIK Silver Efex Pro.
I'm looking forward to using this combination of camera, lens and filters in the coming months as we visit and .