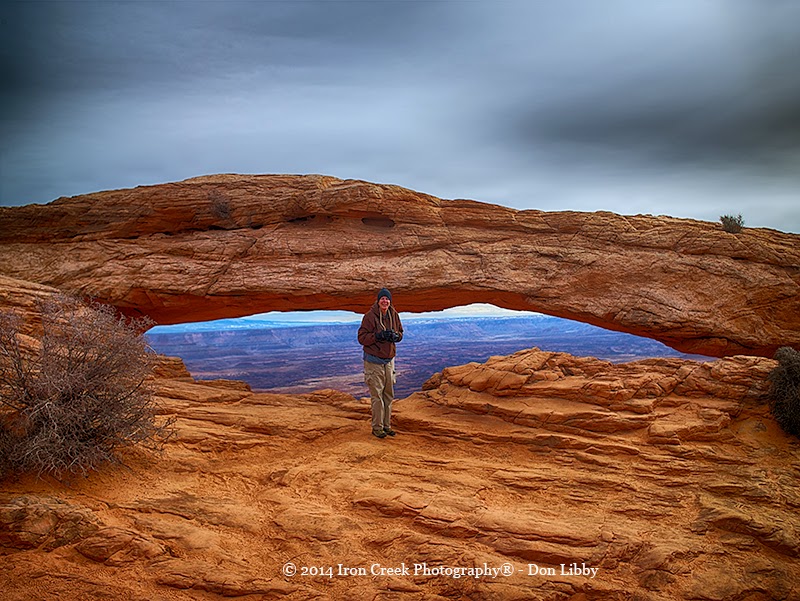 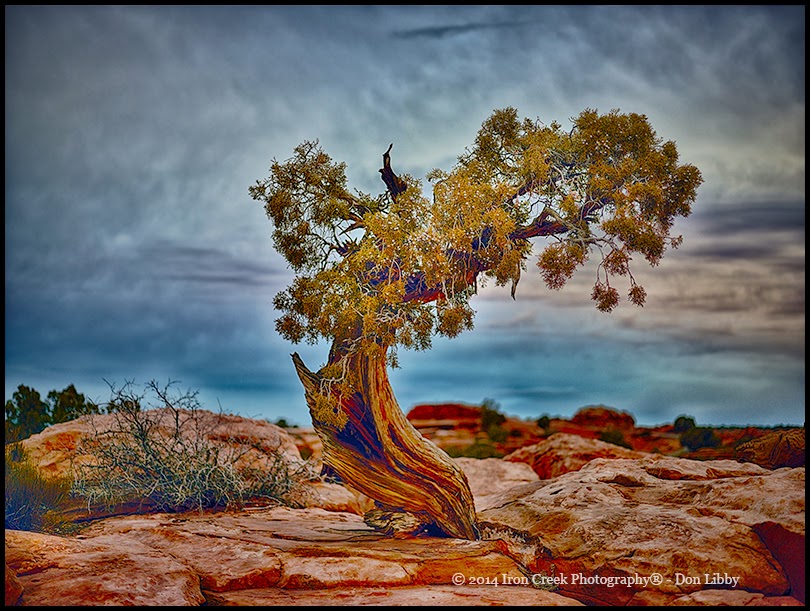 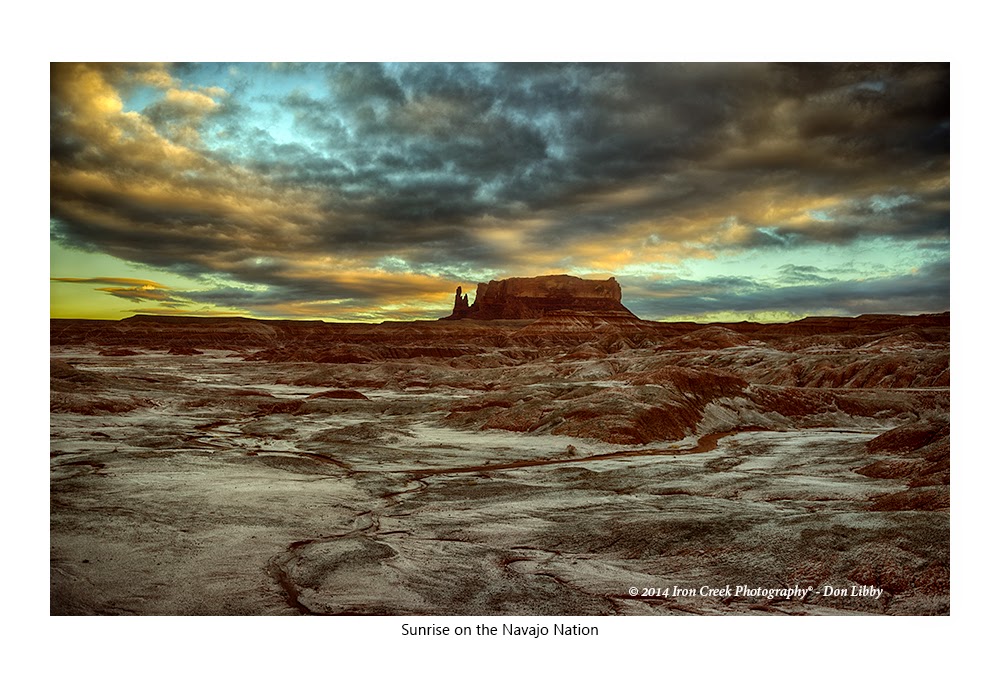 
A couple days ago we posted images that took while we were in last December and now it's my turn.  Sandy and I try not to shoot next to one another however we often see the same things.  I'm more of a wide landscape person while enjoys seeing the smaller things; of course that can be difficult when you have the grand vistas of . 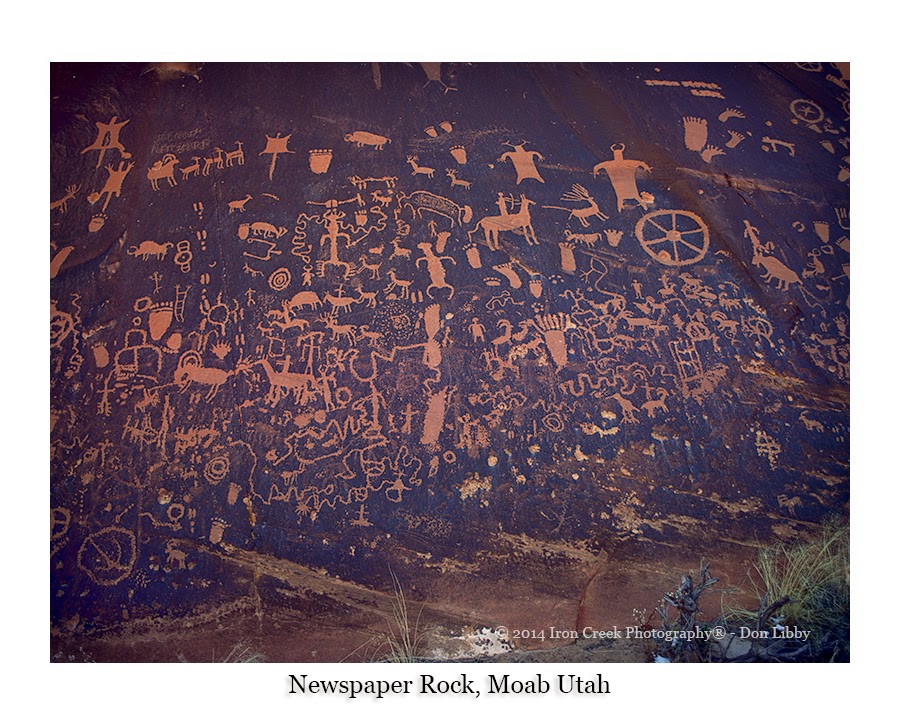 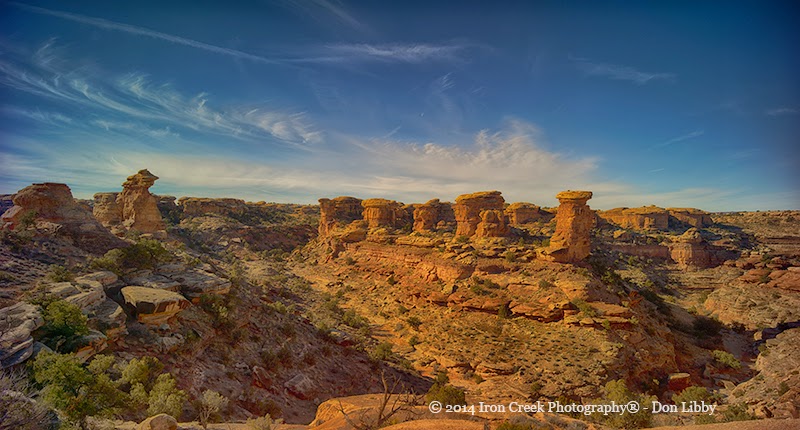 
The National and State Parks in the area all offer beautiful views whether they're close in your face or miles in the distance.  Blue skies, white clouds with red rocks and stunning sunrises as well as sunsets is what you'll normally see while in the area. 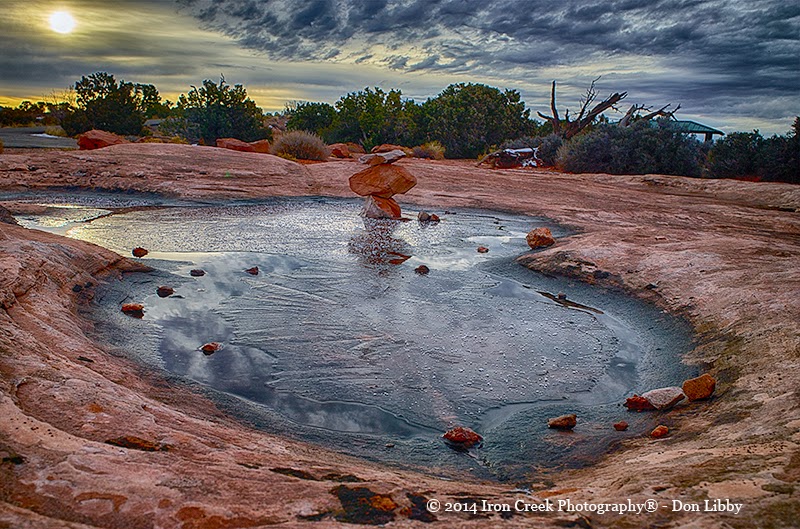 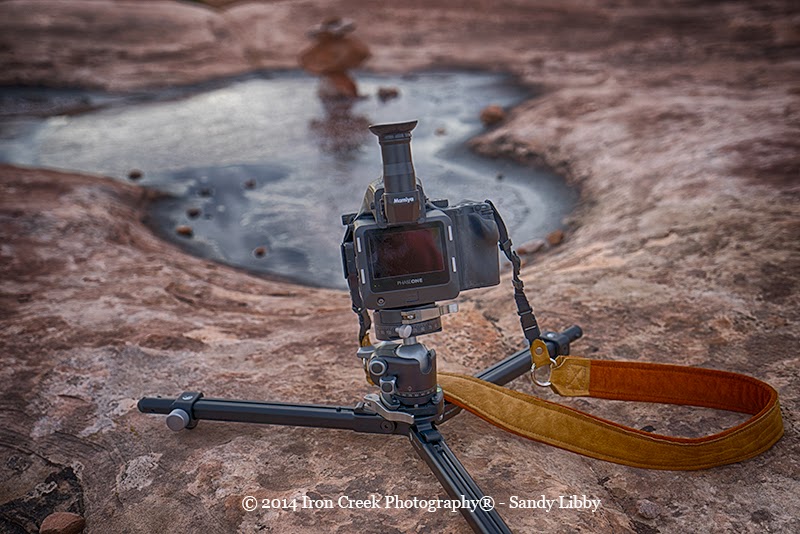 Behind the scenes of what it took to capture the above... 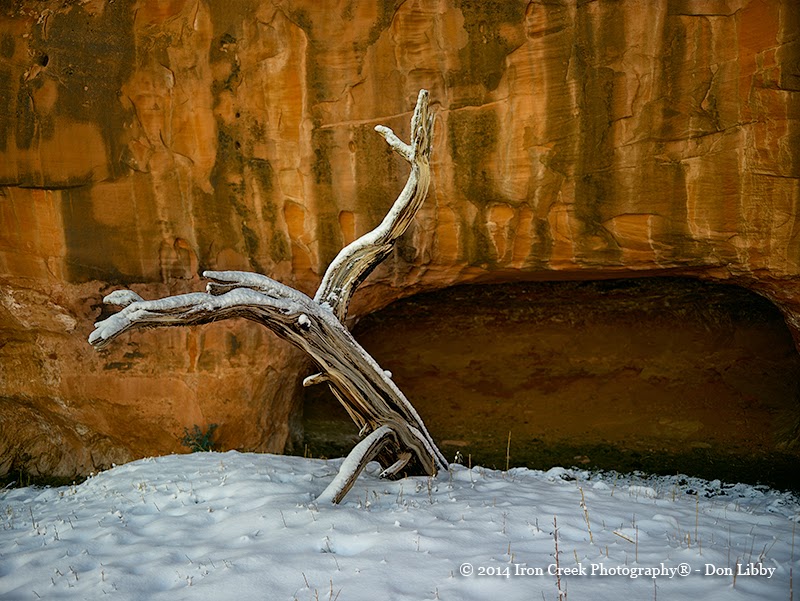 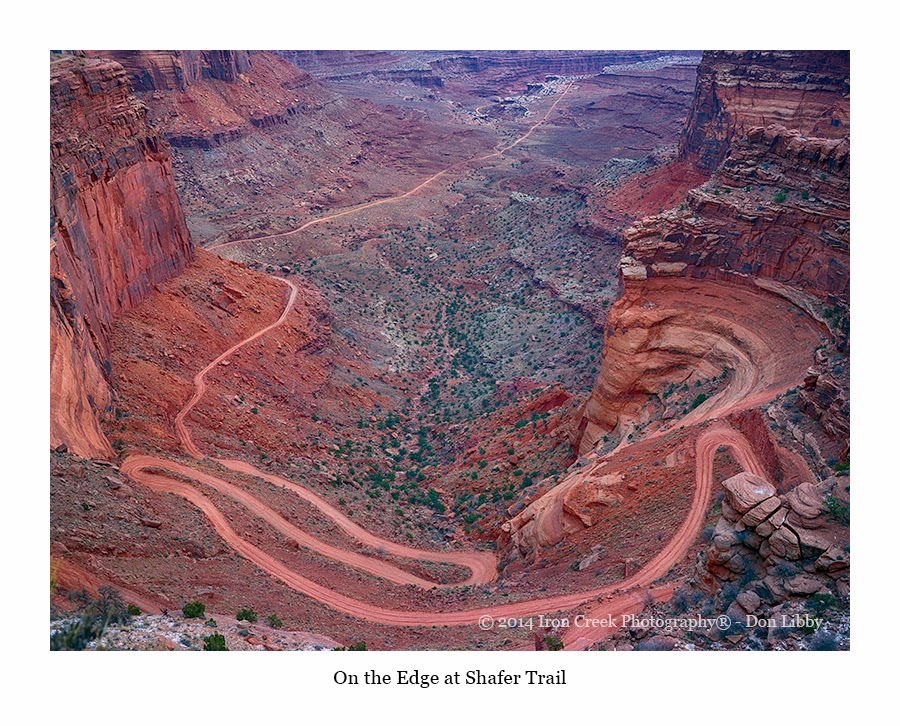 
Color photography is the norm in Moab while black and white can often depict the beauty as well.  And then there's infrared.  I've found that IR photography works well in bright light and the heat of the day; something that can be lacking in December when the temperatures range from -15 degrees to a balmy 30. That said, I attempted to see what I could get away with shooting in the 590nm range and came away pleased. 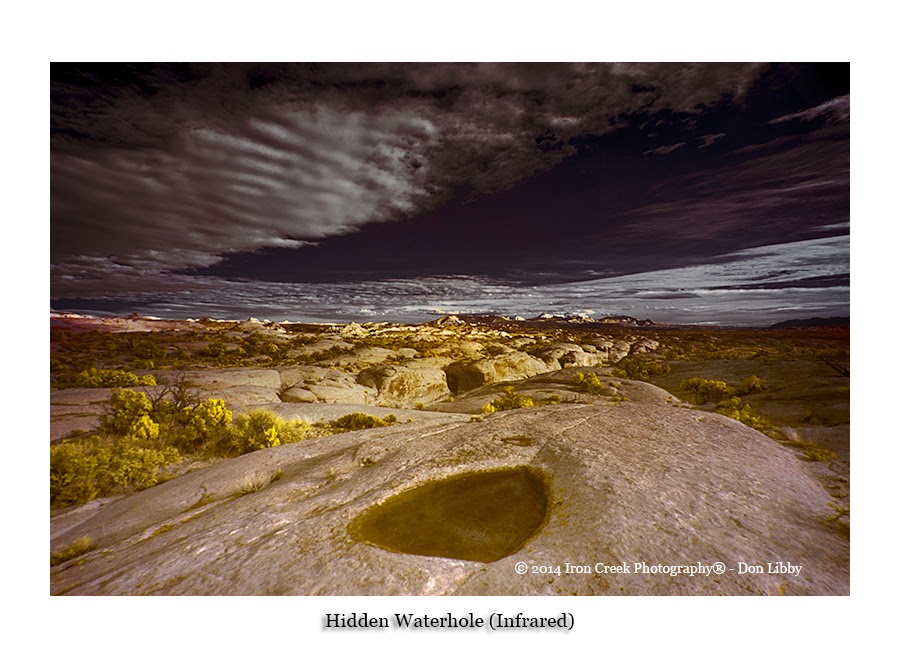 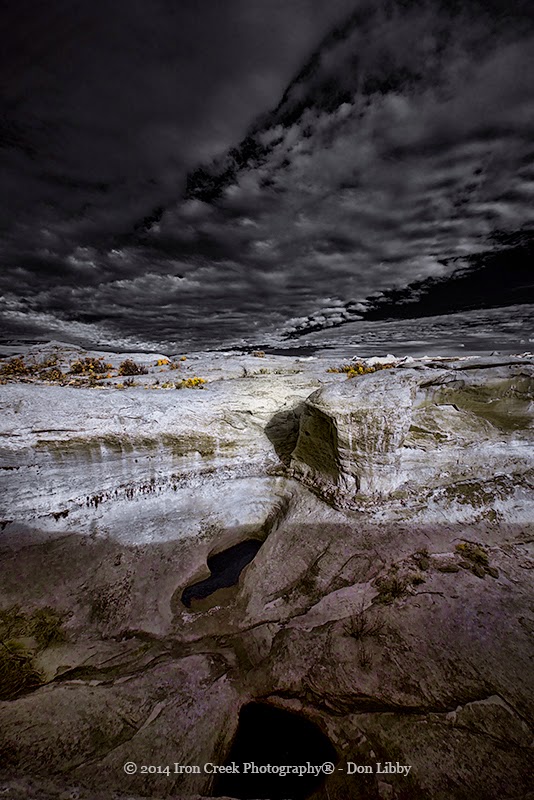 
This trip was my first chance to put the 80 megapixel Phase One IQ 180 to work that I just upgraded to.  The medium format samples shown here are a combination of using the IQ180 on a Phase One DF and Cambo WRS technical camera.  There are single shots as well as a panorama with the WRS using a combination of lenses.  The widest medium format lens used was the Hartblie 45mm while I used the new Sony FE16-35. 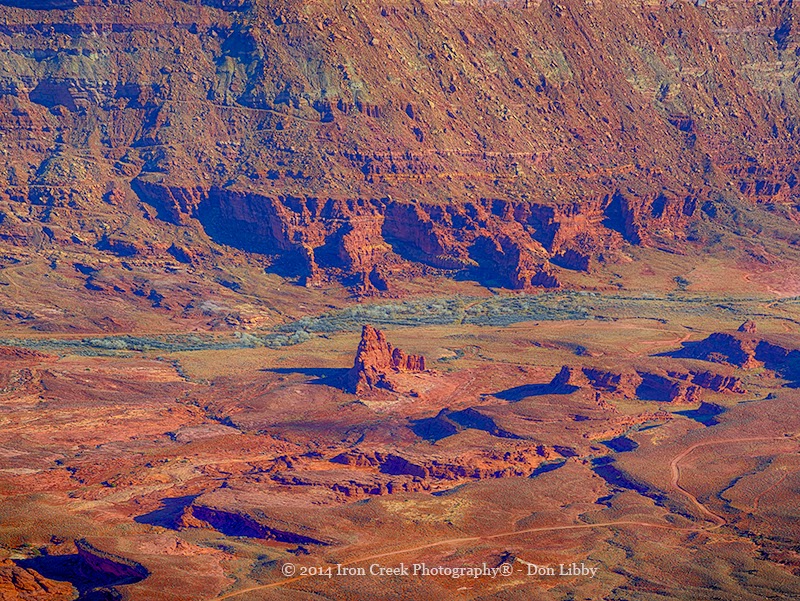 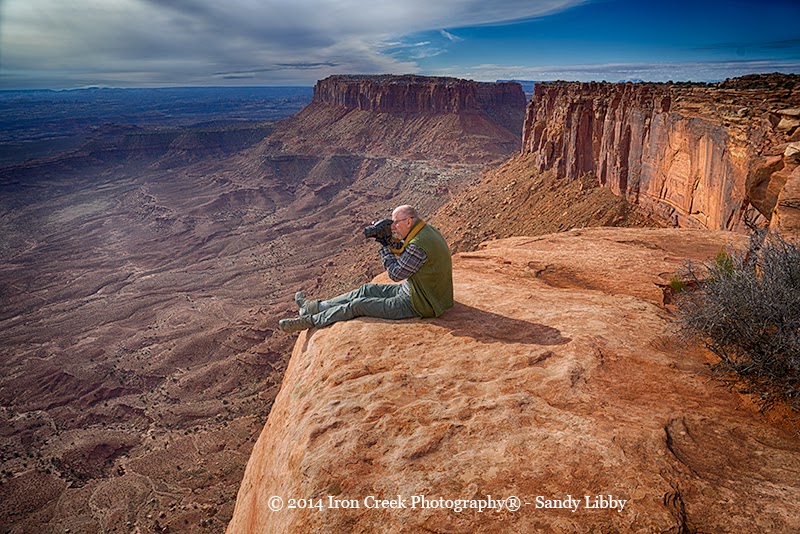 shared this of me sitting down on the job so I thought it would be nice to share what I was doing. 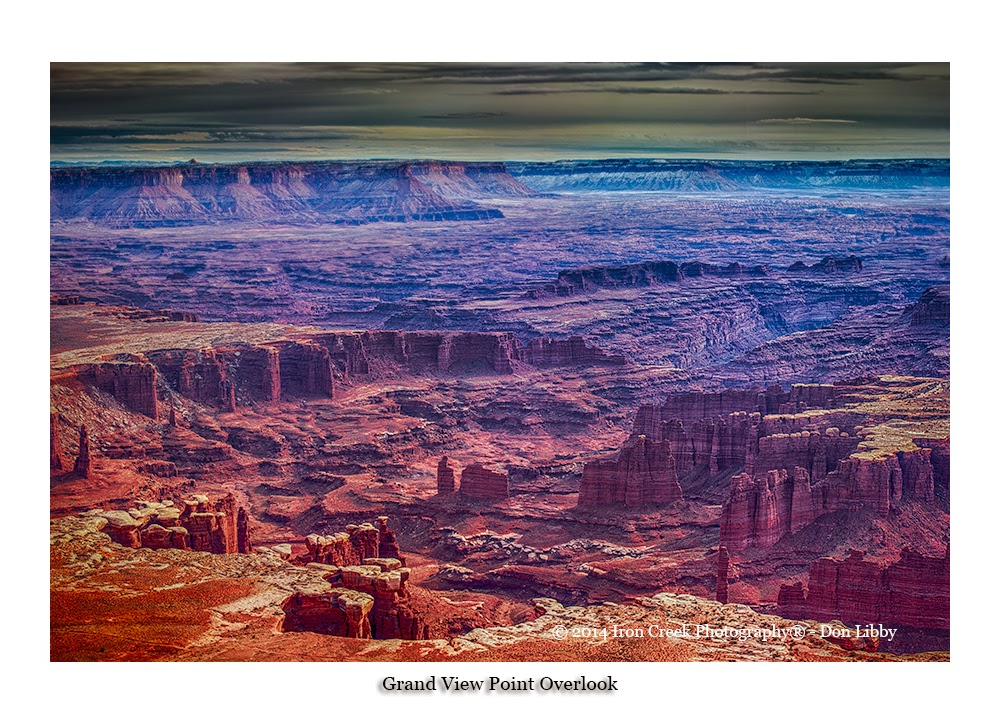 
Like all of our previous processing, the files were first opened in Capture One Pro where they were evaluated, lens correction applied and light processing before being saved in a Tiff format and sent to Photoshop CC for further processing.  Once in PS-CC the image was opened where further processing was done according to the image needs using either a infrared processing and/or a combination of Nik Software filters, then resized and saved as a Jpeg for web use.  In the end, some images took little to no additional processing while others took more. 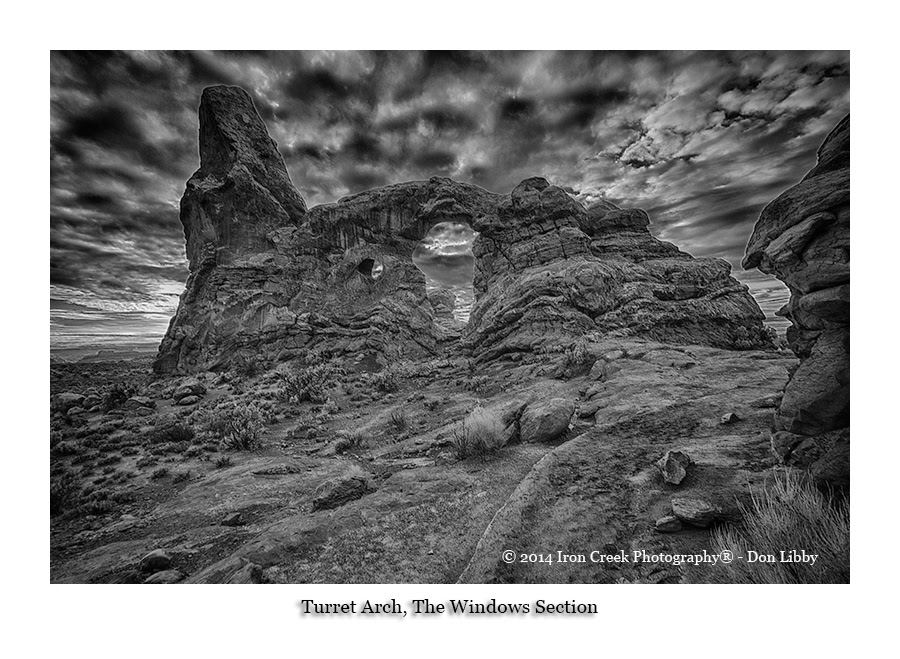 
We spent the last morning at Arches where we were greeted with a mixture of low clouds, rain, snow and fog.  Perfect weather! 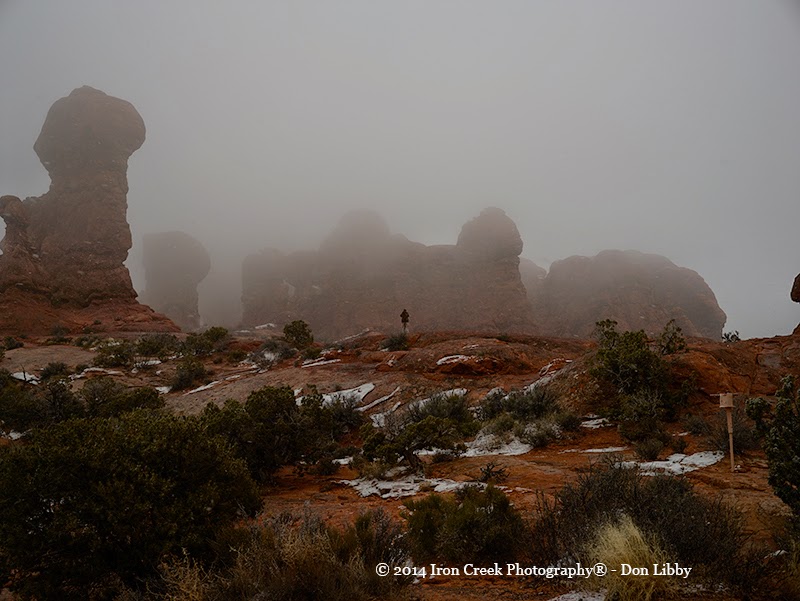 Phase One DF/IQ180 Mamiya LS 55mm (that's in the middle, just goes to show the conditions) We ended up acting like two kids in a candy store as everywhere we looked it looked great in the fog.
I wanted to visit Delicate Arch during our brief stay however there simple wasn't enough time for us to take the hike out to it.  So we did the next best thing and went out to the overlook which is approximately 1/2 mile from the arch itself.  This turned out to be a perfect time to test the effectiveness of a 80-megapixel digital back; it's too bad I only had a 150mm lens with me and not the 240 LS Phase.  Still, it shows me that if I do everything correctly (not shoot handheld like the sample) I should be able to capture great images. 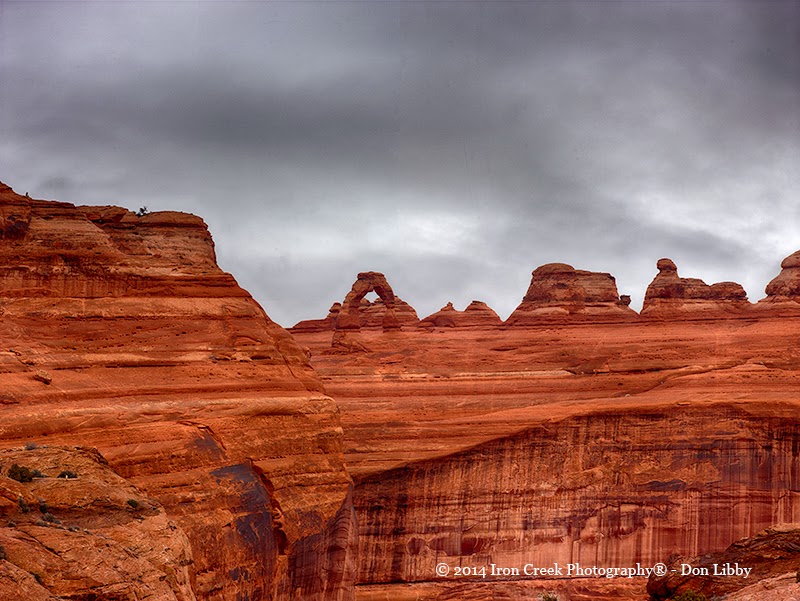 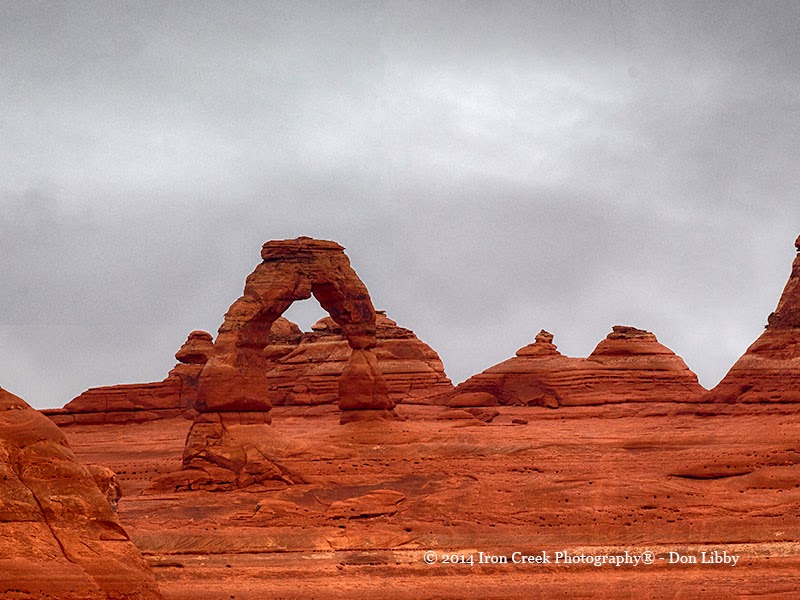 Sandy & I agree that this is a much better way of presenting what we as individuals saw while in and plan on doing the same with our next location, the South Rim of the . 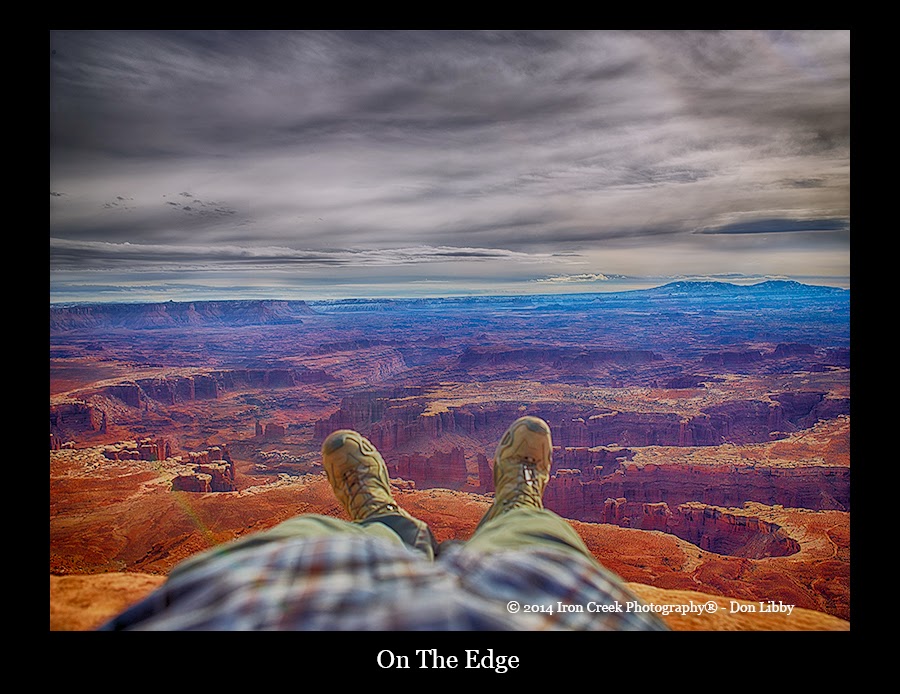 
I hope you enjoyed this as much as I did putting it together and will continue to visit as we share photographic locations and talk about the cameras we use.

Don (and Sandy)
Posted by ironcreekphotography at 1:32 PM