It has been almost 12-months since our last blog on May 22, 2020 and what a year it has been. The bright spot for me is good health for my family and friends and the announcement by Fujifilm of the new and highly improved GFX100s.

I adopted the GFX50s early April 2017 and first wrote about it here. I soon found that there was very much to like about the system and within a matter of months sold my Phase One system. Fast forward to 2019 when Fuji released the GFX100-100 megapixel camera. I wrote my first impression on the GFX100 here. While I was disappointed in the size of the body I was never disappointed in the files.

I had been planning a trip to Petra Jordan and since I had sold the GFX50s shortly after getting the GFX100 I felt the need for a lighter/smaller camera and picked up the GFX 50r. I thought the 50r was a good compromise in physical size. Sadly, that trip never took place and the 50r sat on the shelf using it only once before selling it.

Fuji announced the GFX100s and that announcement instantly caught my attention.  All the great attributes of the GFX100 in a much smaller package. One of the reasons I made the choice of leaving Phase One was the sheer weight of the system. The GFX50 series counters that and the GFX100 while lighter was nevertheless large and weighty. The GFX100s is much smaller than the GFX100 while keeping all the great attributes that I liked so much.  I was originally going to wait before placing an order however a hike in frozen mud in early February persuaded me to place the order (thinking I would not receive one until mid-summer).  Boy was I surprised when I got it in March!

There’s been much written about both the GFX100 and 100s and I won’t do it here. Suffice it to say that both are simply great cameras and offer stunning files. Both have a place and since I hope to travel again the lighter/smaller formfactor of the 100s suites me better. All the lenses I’ve used since the GFX50s work just as well on the 100 and 100s and I’ve actually added a new one.

I had the chance to try a Canon 17mm TSE using a Cambo adaptor on the GFX50s shortly after I got the camera in 2017. While I liked the lens I did not like the adaptor and decided not to adopt either. I’ve thought about using a Canon TSE since; feeling the weak link was the adaptor. I began researching adaptors recently and found several to my liking. Since the Canon TSE is a manual lens I didn’t need to worry about autofocus. I did however need a “smart adaptor” to communicate between the 100s and lens to set aperture control.  I found several on the market and decided to try a Kipon autofocus lens mount found here. 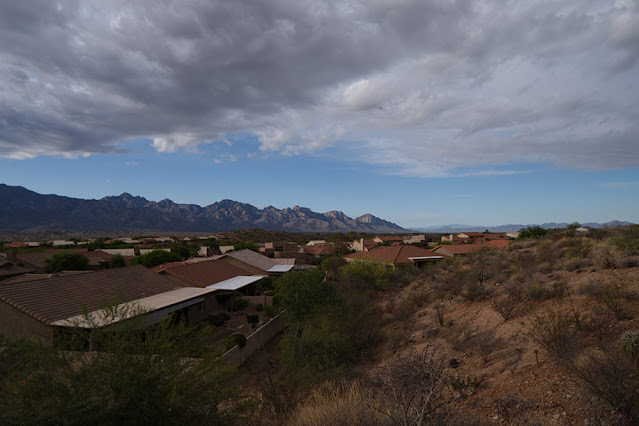 I’ve been testing the GFX100s as well as a Canon 24mm TSE using the Kipon as an adaptor with great success. I came across something else while researching adaptors; a company called ROGETI, ROGETI offers among other equipment a frame that fits around the Canon 24mm TSE allowing you to use the camera body to flat stitch a 4-shot panorama.  It doesn’t add that much weight or bulk and can be easily removed to use the tilt function of the lens. They offer a frame that fits both the 17 and 24mm TSE and another for the 50mm. I’ve written the company asking about the possibility of the 90mm TSE and haven’t heard back as yet.


Posted by ironcreekphotography at 10:20 AM