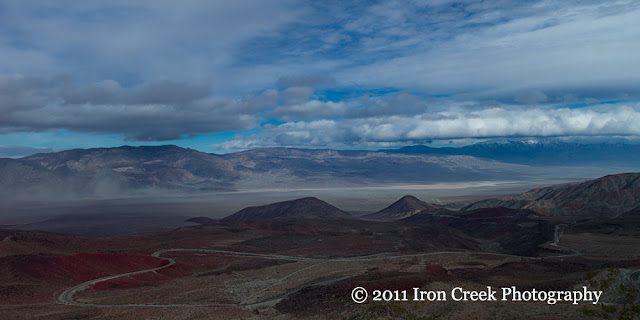 We visited Death Valley this past February on our way home from .  always has a surprise in store for you and this visit was no exception.  We were greeted with beautiful clouds as we entered the area stopping off at Father Crowley Point.
﻿ 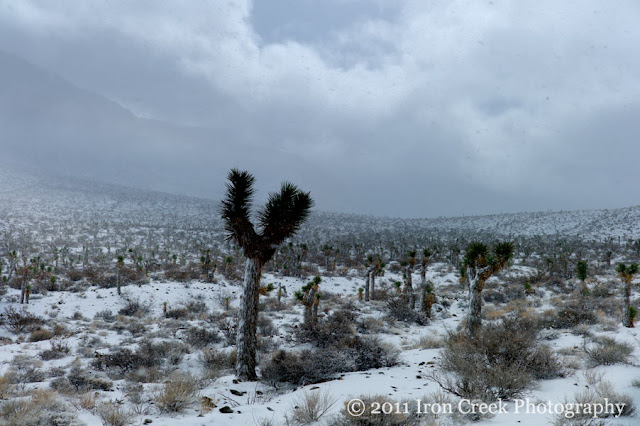 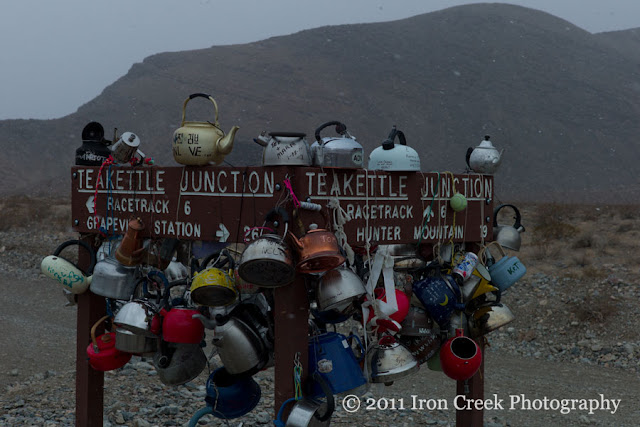 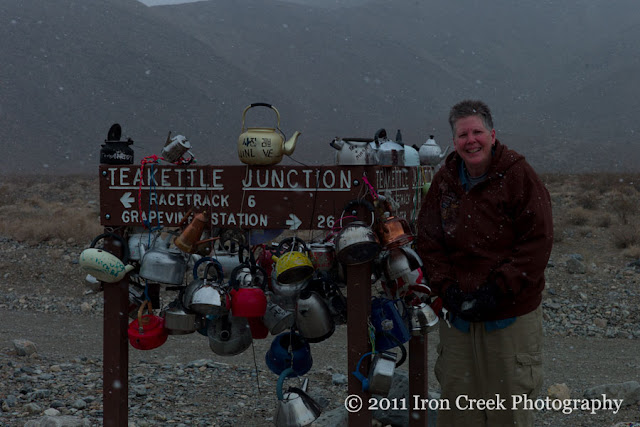 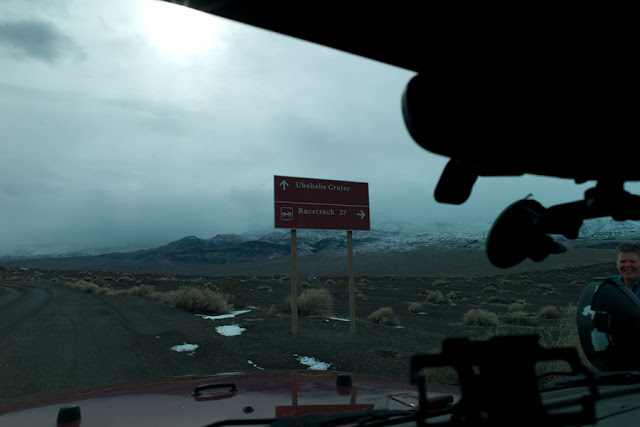 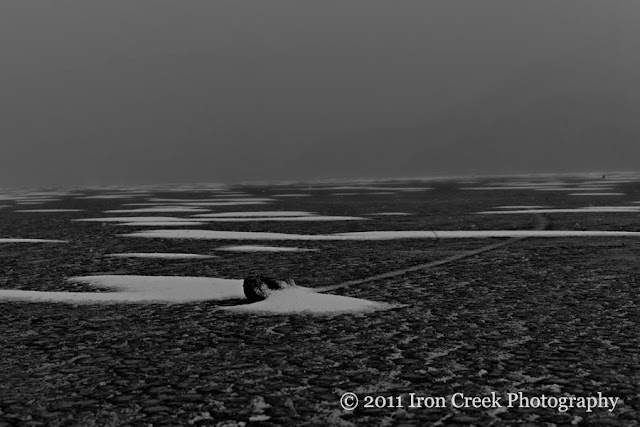 The Racetrack
Leica M9 Summicron 50mm f/9.5 1/750 ISO 250
Sandy & I stayed 2-full days in Death Valley staying at the hotel in .  Leaving the near freezing temperatures and snow in Yosemite we were looking forward to warmer weather in Death Valley after all it's in the desert.  The evening we arrived the wind was blowing as there was a major storm coming in from the northwest.  The following morning we woke to cold temps and what looked like great skies; having only two-days here we decided to take the trip to the Racetrack. 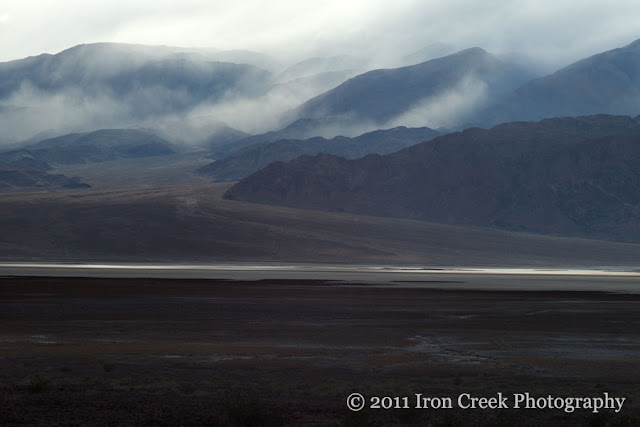 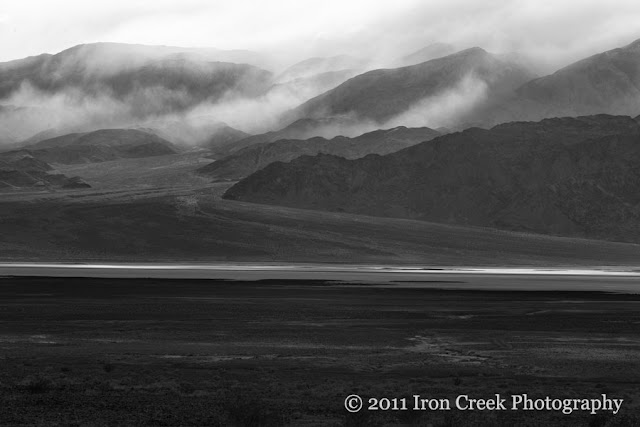 Leica M9 135mm f/9.5 1/750 ISO 250
This is just another great reason I like shooting digital.  While most images will look good in color there's some that look better in black and white and a few like the above that look equally good in either.  The black and white was converted using Nik Silver Efex Pro. 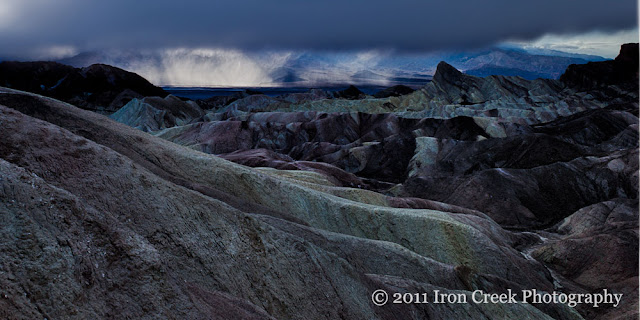 Zabriskie Point
Leica M9 Elmarit 24mm f/11 1/350 ISO 320
The Racetrack is situated in the northern part of the park 27-miles southwest of Ubehebe Crater and approximately 4-miles from Teakettle Junction. The Racetrack is well know for the moving rocks that has so far stumped all logical explanations of how they move.A word of warning here - Racetrack Road is a washboard dirt/gravel road; while you might not need 4-wheel drive you do need a high clearance vehicle. Think of shaking everything on and inside the vehicle loose. While there's a speed sign (I think it's 30 MPH) you'd be better off going slower. Okay you've been warned. 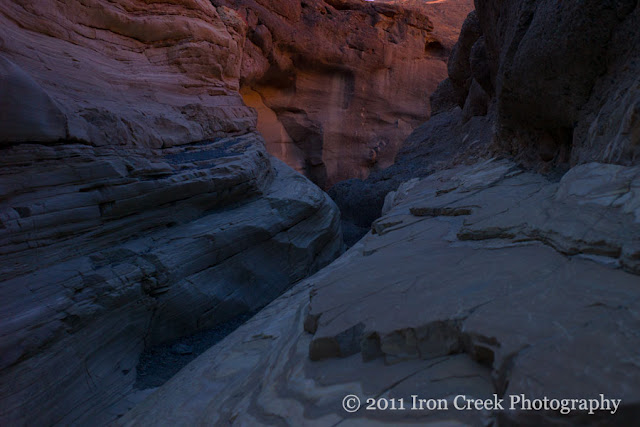 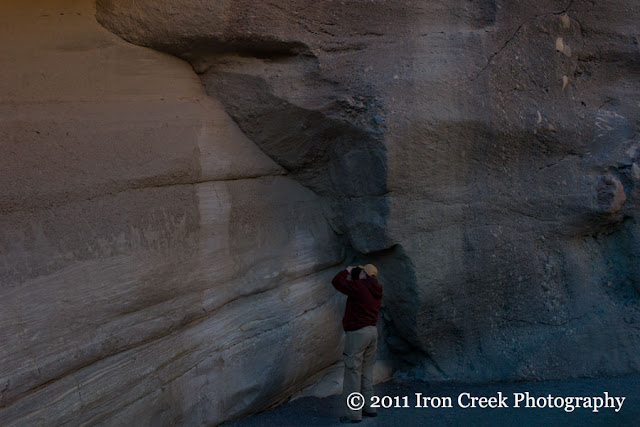 We've been to the Racetrack before and found it eerie and this time was no different. The surprise on this trip was the amount of snow. We saw signs of snow on the paved road leading to Ubehebe Crater and once we got on Racetrack Road it got worse. Arriving at the Racetrack we were greeted with a near blizzard with freezing temperatures and blowing snow. While you normally see either Ubehebe Peak(5678' (1731m)) and the Cottonwood Mountains they were completely socked in. Not a great day for a visit here.
Devil's Golf Course 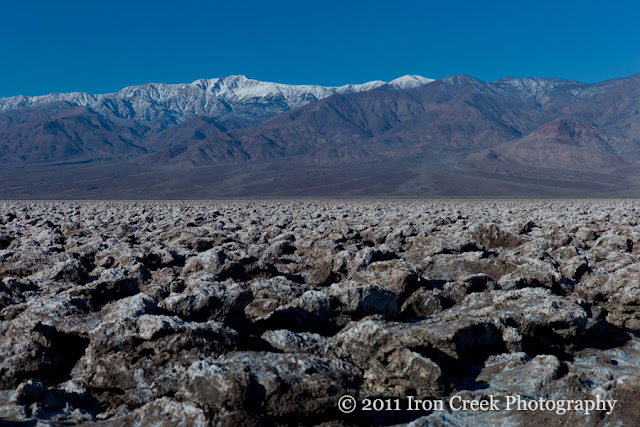 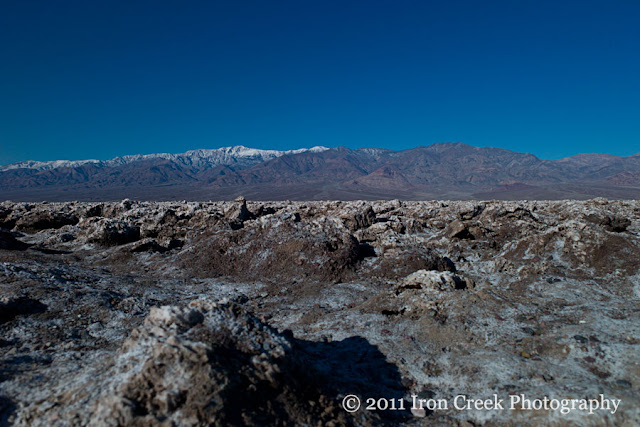 Leica M9 Elmarit 24mm f/11 1/1000 ISO 320
We left the Racetrack heading south into the Park and visited , Artist Palette and Zabriskie Point before calling it a day.  The second day we hiked into before heading to the Devil's Golf Course and later Badwater. 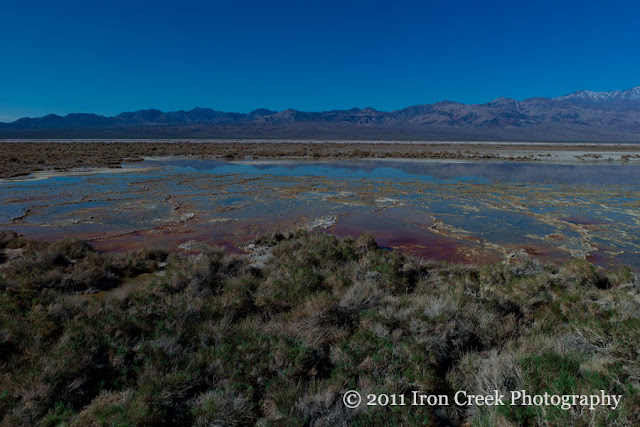 Rice Paddy
Leica M9 Elmarit 24mm f/11 1/500 ISO 160
We found this Joshua Tree on our way out and had to capture it. I've been playing around with Nik software and thought this image was perfect to experiment with. I processed the first image using Viveza 2; the second image is a slight HDR conversion using HDR Efex Pro, the last is the same HDR converted to black & white using Silver Efex Pro. 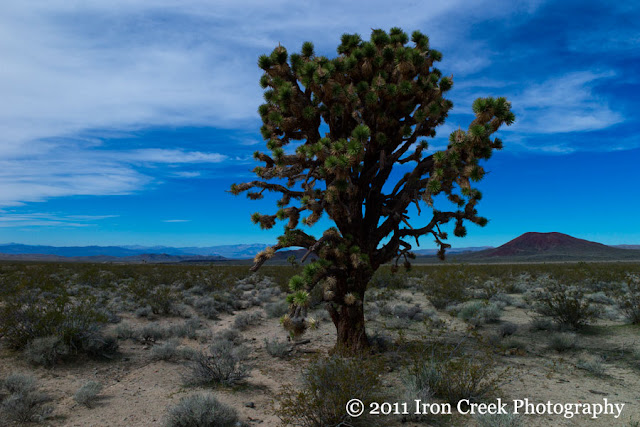 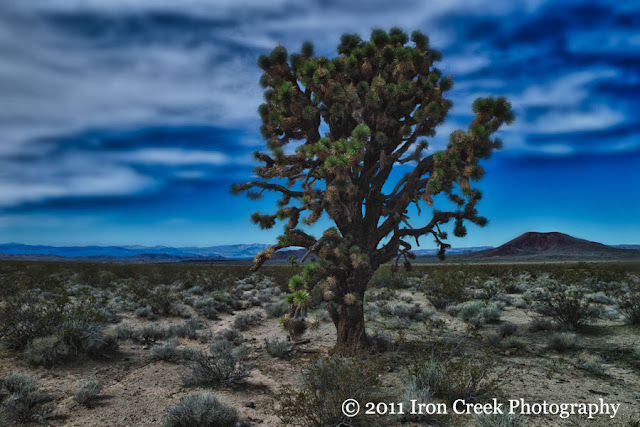 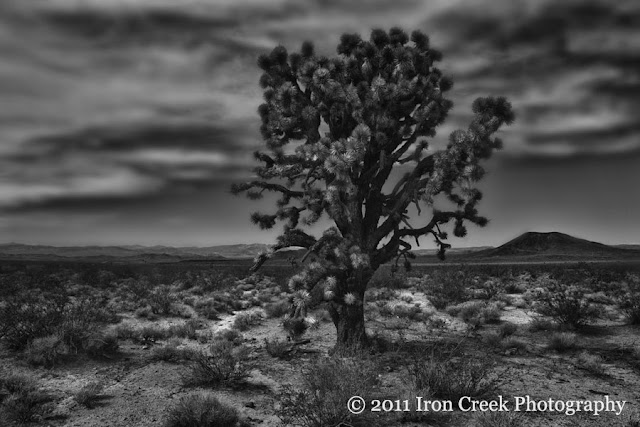