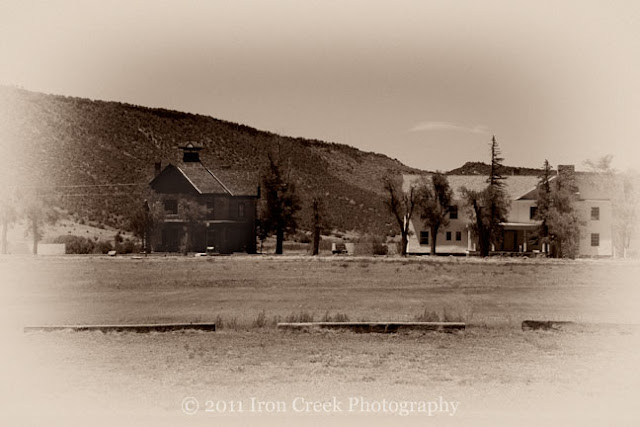 Commanding Officer's quarters as seen across the parade field.
On May 16, 1870 construction began on what was called Camp Ord.  Within the following year troops moved from Camp Goodwin into the site and renamed it Camp Mogollon, then Camp Thomas, and finally, Camp Apache.  The post was designated Fort Apache in 1879.  The Army stayed at Fort Apache for 43 years until it was abandoned in 1922.  In 1923 the site became the home of the Bureau of Indian Affairs (BIA) Theodore Roosevelt Indian Boarding School.  The school was originally intended for Navajo children however by the 1930s the majority of the school were Apache.  Today the school serves as a middle school under administration the Tribal Council school board.  A great place to visit for further information is located here. 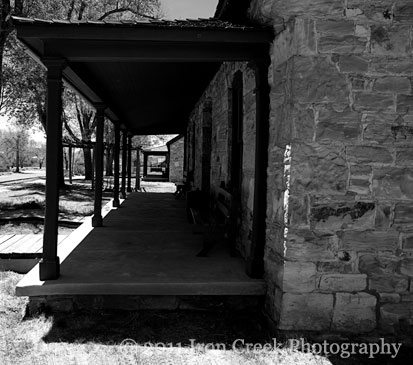 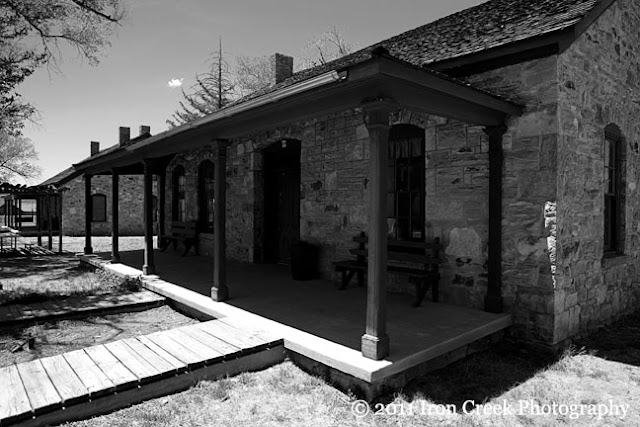 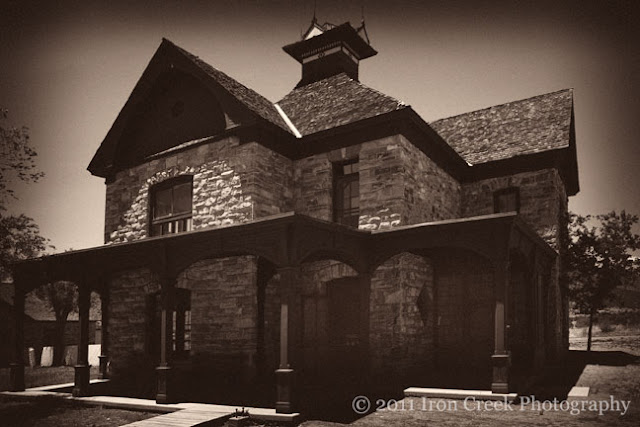 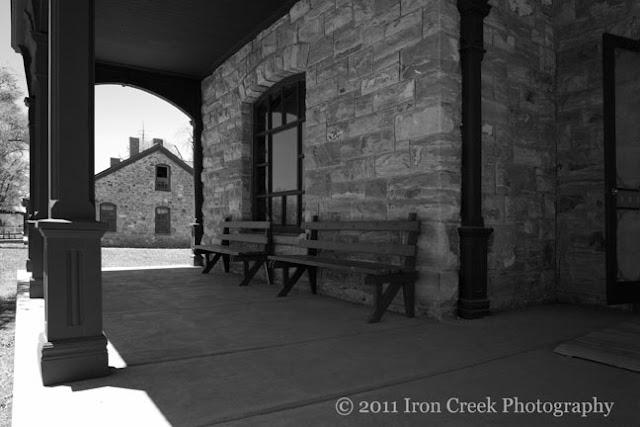 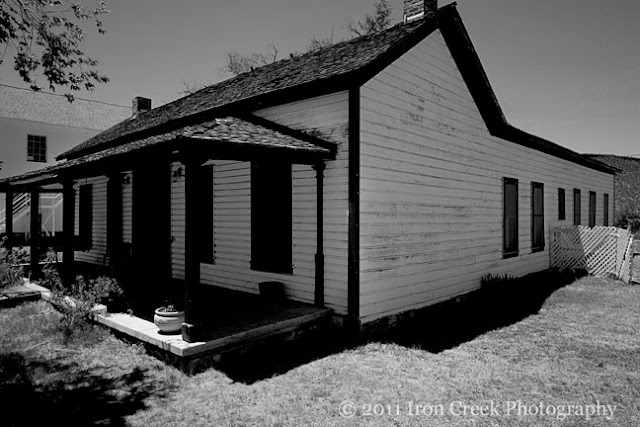 Fort Apache is located 1/2 mile east of Arizona Highway 73, and 5 miles south of Whiteriver, Arizona.  Fort Apache is a Historic Park owned and managed by the White Mountain Apache Tribe. 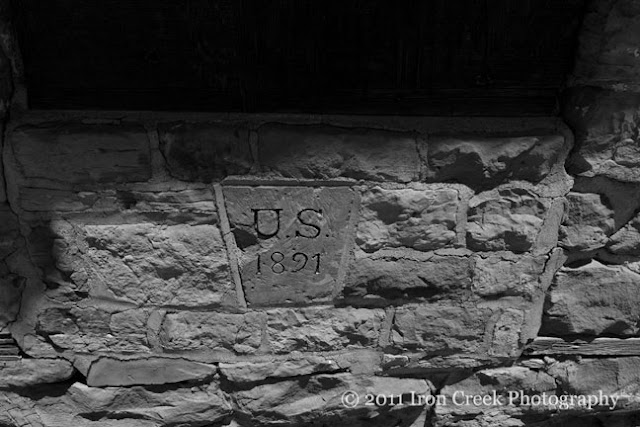 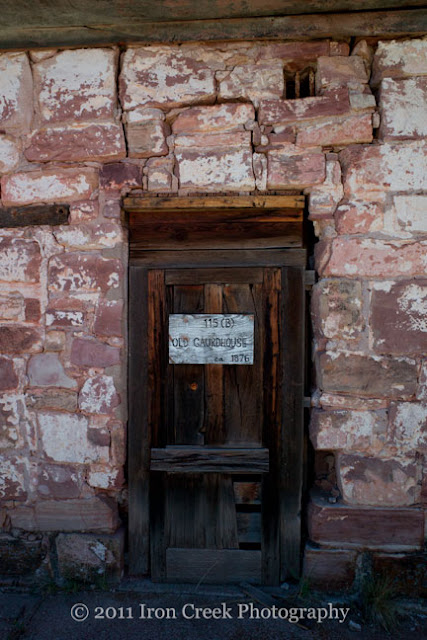 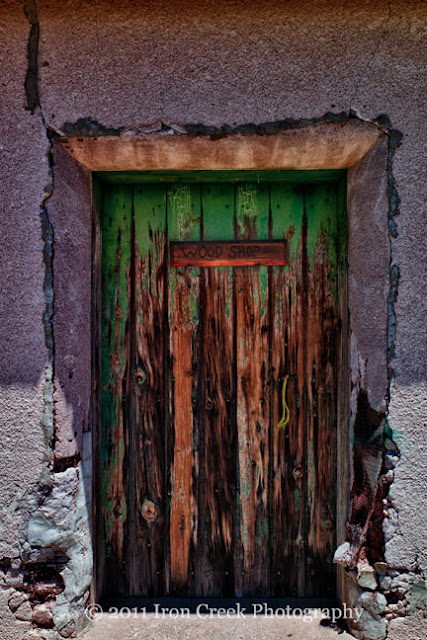 We've passed signs for Fort Apache every time we drive north to Show Low and every time I'd say to Sandy that I wanted to go there "someday".  Of course I was thinking of the place I had seen in the movie as a kid not thinking the movie and the actual fort would be different.  I've remembered Fort Apache as the 1948 John Ford film starring John Wayne and Henry Fonda.  While I haven't seen the movie in many years the reality of the film to the actual location and history has turned out to be different. 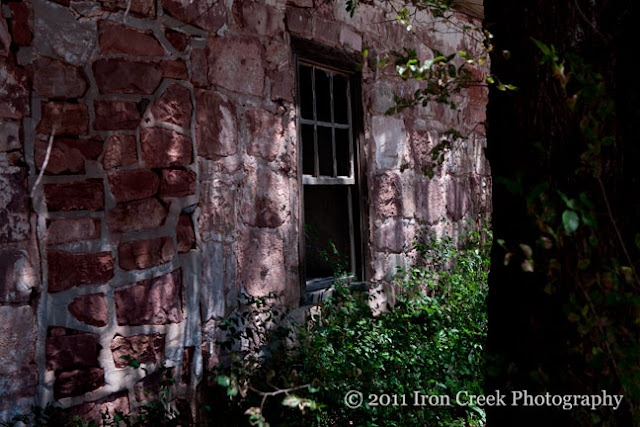 We finally took the drive last week to visit Fort Apache and I'm glad we did.  While little is left of the actual fort there are still buildings that have stood for over 120 years.  The added benefit was that in visiting Fort Apache we found the Kinishba Ruins which we'll share later on. 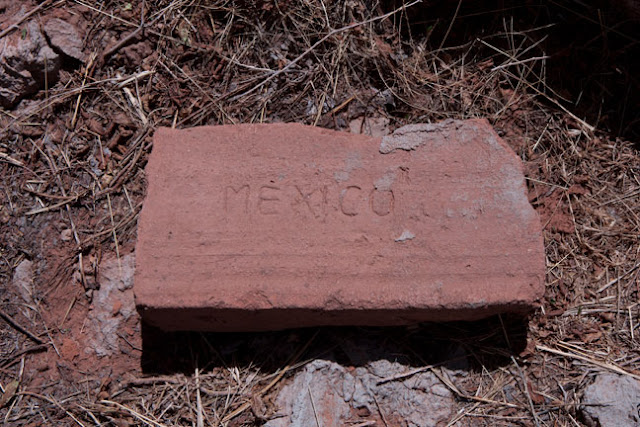 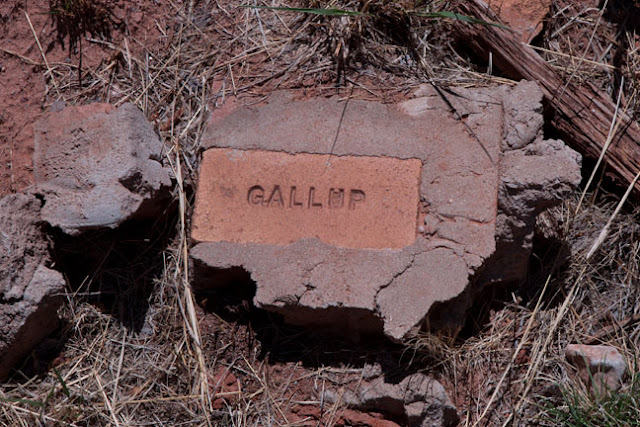 Camera gear used for this outing was left simple; Sandy had her Canon 1DsIII and 24-70 mm lens while I had my Leica M9 and took turns using a Summicron 50mm and Elmarit 24mm. I decided to process the images to better suit the environment and used a combination of C1 Pro, CS5 and Nik software. 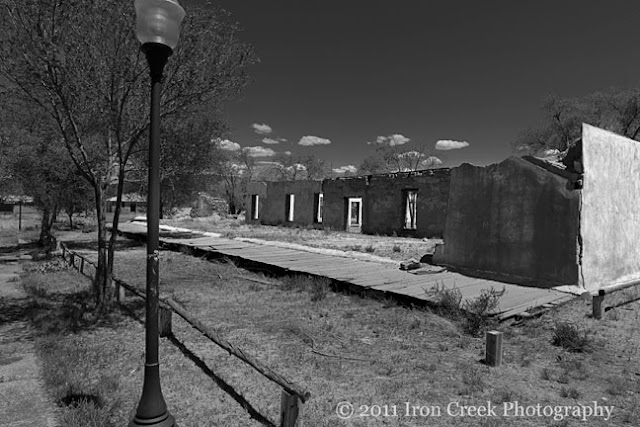 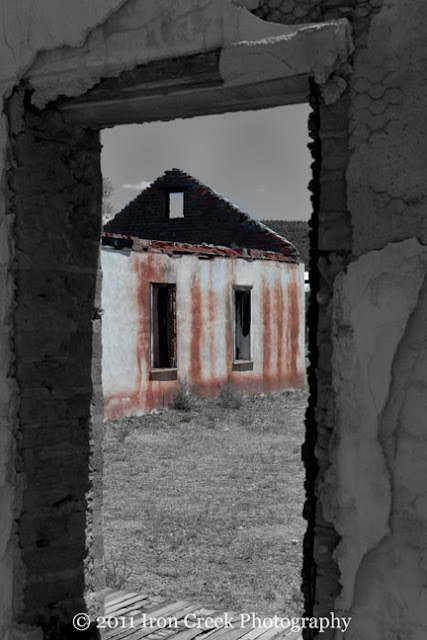 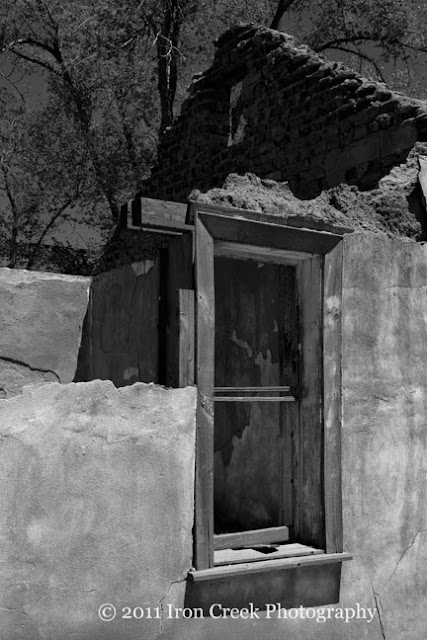 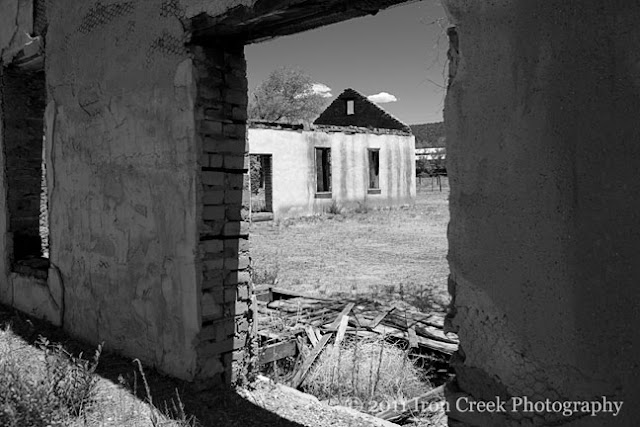 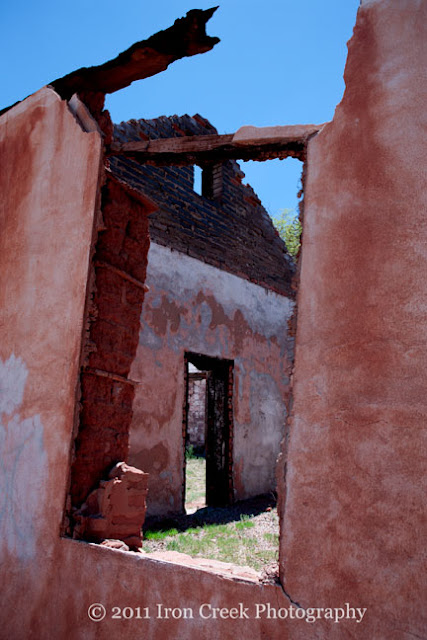 Sandy and I wish to thank the White Mountain Apaches for sharing their history with us and being patient in answering our questions during our brief visit. 
Posted by ironcreekphotography at 9:36 AM