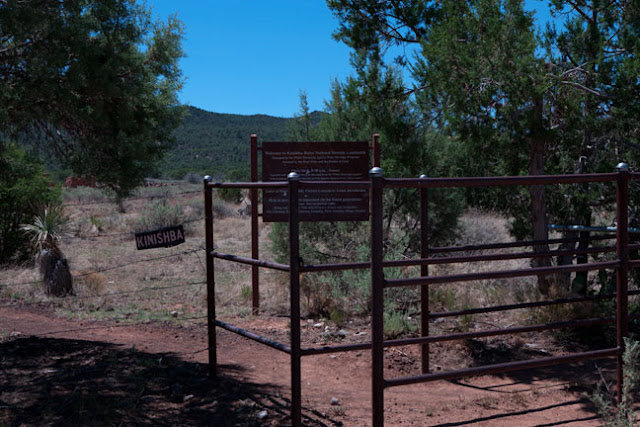 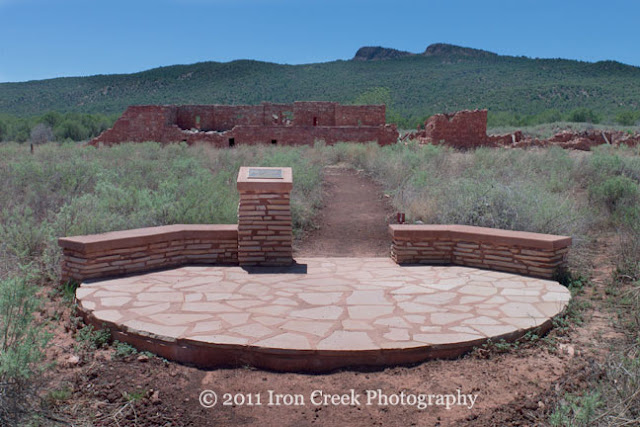 Located about 2-miles north of AZ State Route 73 outside the community of Canyon Day on the White Mountain Apache Reservation is where you'll find this very unique National Historic Landmark.  The dirt road off Route 73 is about 2-miles and leads to a very small parking area.  Once you walk through the gate and follow the trail to the ruins you'll be on a 1/3 mile pedestrian loop trail which is very easy to follow. 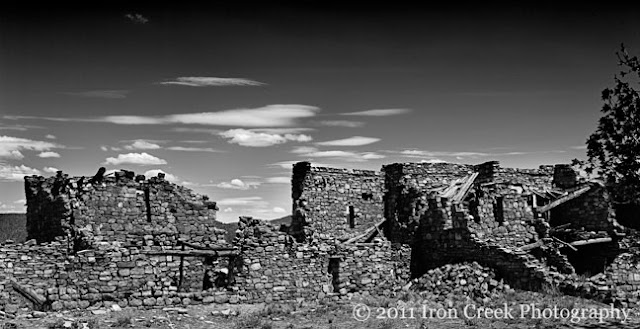 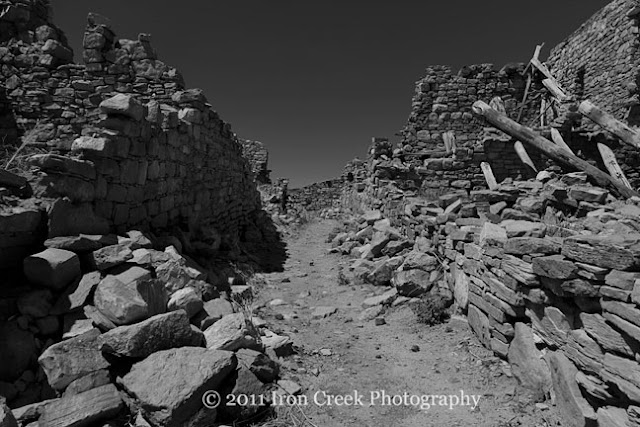 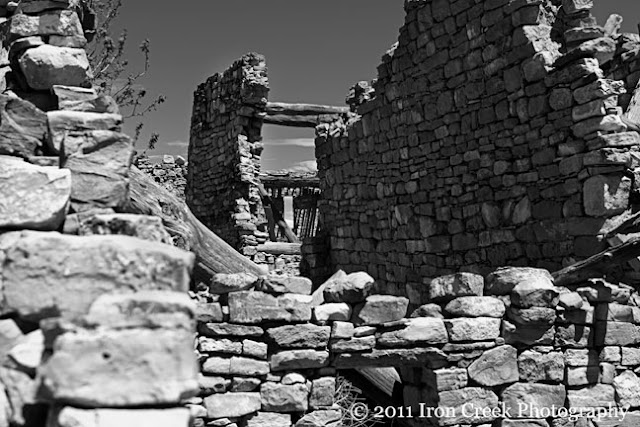 Kinishba is a large pueblo ruin containing nine masonry buildings constructed between 1250 and 1350 A.D. by the pre-Columbian Mogollon culture.  It is thought to originally have 400-500 ground floor rooms standing two or three stories high and may have housed as many as 1000 people.  The pueblo was vacated in the late 14th to early 15th centuries for as yet unknown reasons. 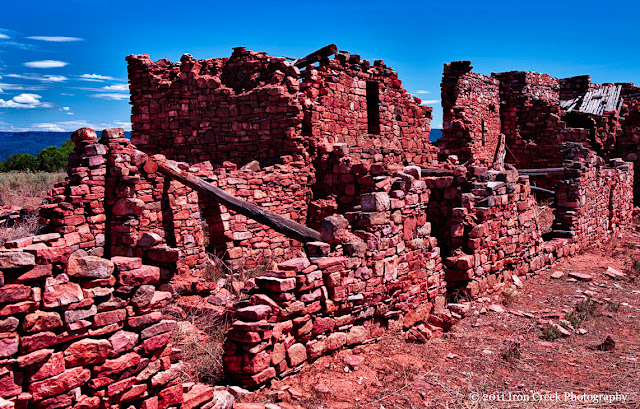 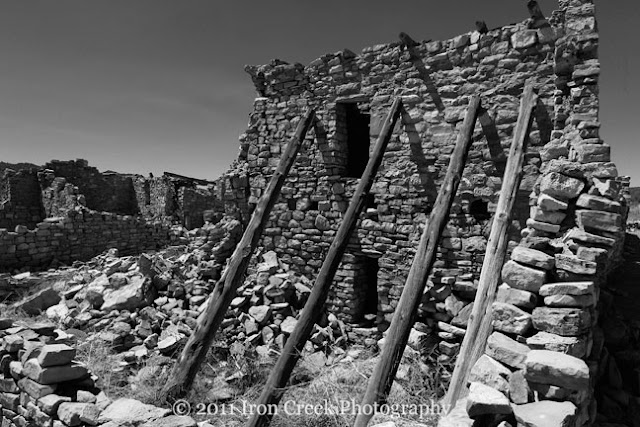 We've learned Kinishba is also called "Kin Dalhbaa" (Brown House) by the Apache, "Mäi'povi" (Place of Snakeweed) by the Hopi and "Hesho da so sona" (Brown House of Ancestors) by the Zuni. 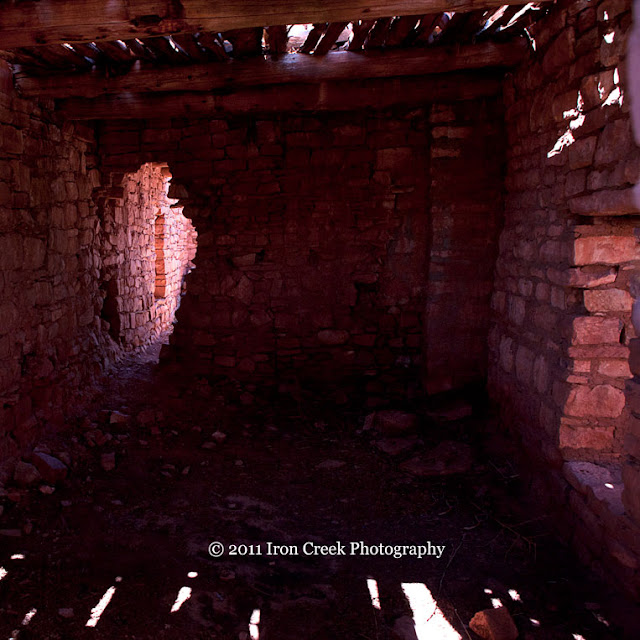 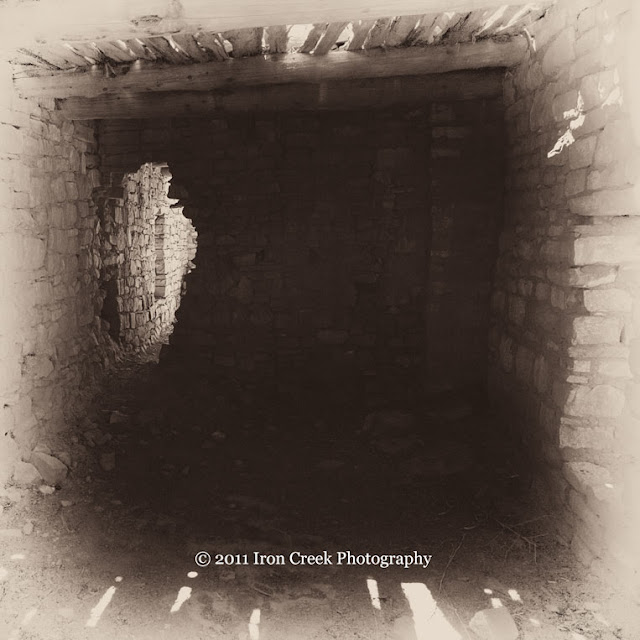 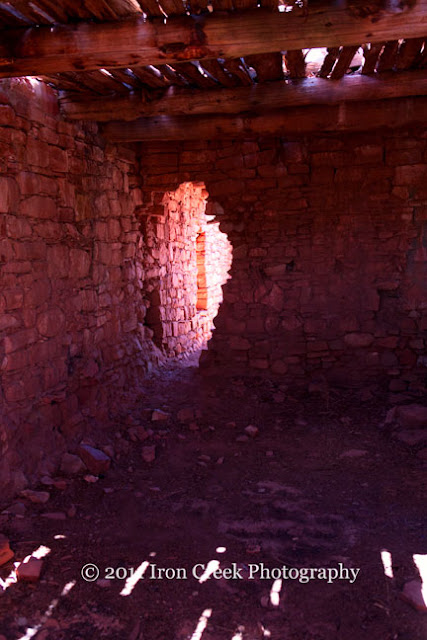 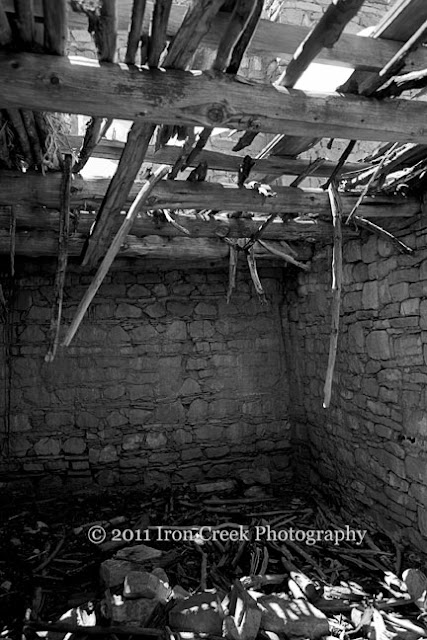 We've written about exploring cliff dwellings in the past and as soon as we found there were ruins in the same area near Fort Apache we had to see if we could go there.  Kinishba was a surprise and treat for us as it has turned out to be the easiest early American ruin we have had the honor of visiting.  The 2-mile dirt road was easy to navigate and once we got to the small parking area the rest was even easier.  You can see the ruins from the parking area and the path around the ruin was level and easy as well. 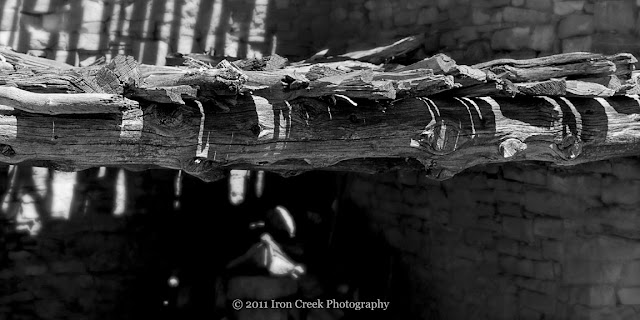 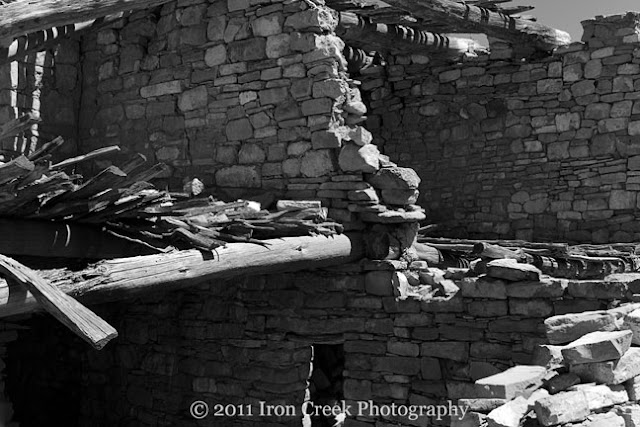 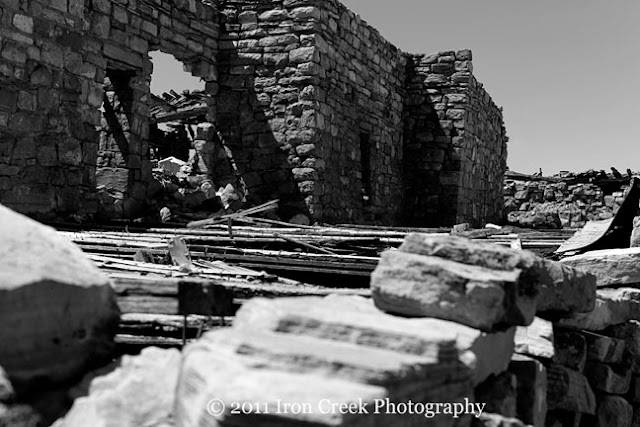 There's several ruins in the immediate area with the primary being the Main Plaza, then just north is the excavated ruins and further north is what's left of the museum and caretakers quarters which include a small guesthouse and carport.  There is evidence of past efforts to rebuild and preserve the pueblo however it appears that the effort has largely been abandoned.  Walking through the remains of the caretakers quarters we saw evidence of a fire which may account for the overall degrading of the area. 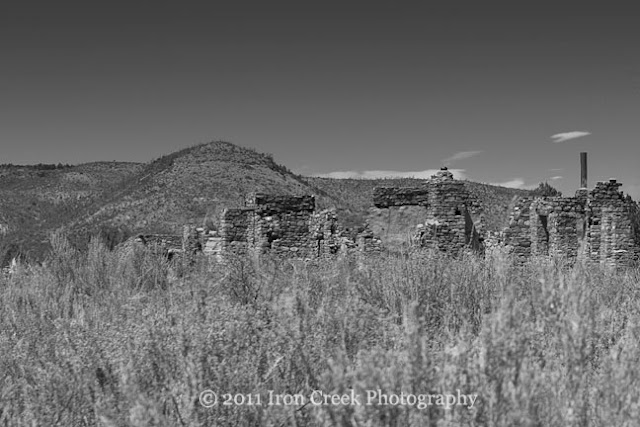 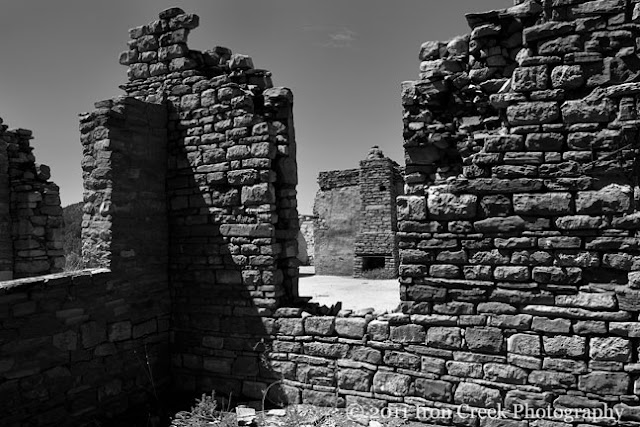 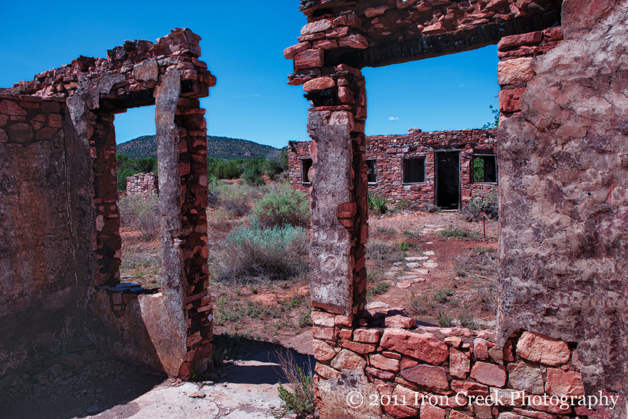 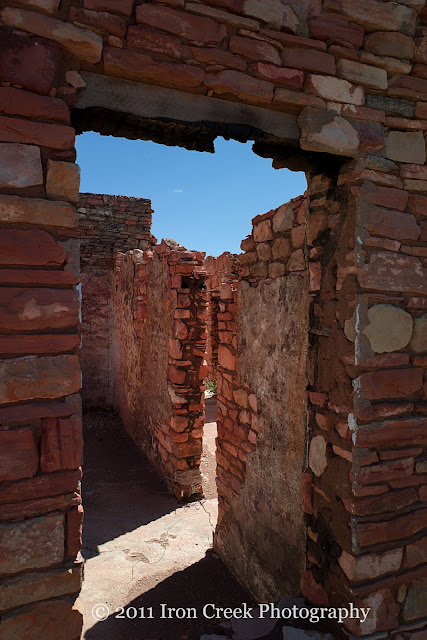 We strongly recommend visiting the ruins if you find yourself in the area visiting Fort Apache. One can't help but feel a thrill walking along the plaza looking into the rooms on either side feeling the presence of those who once called this home. 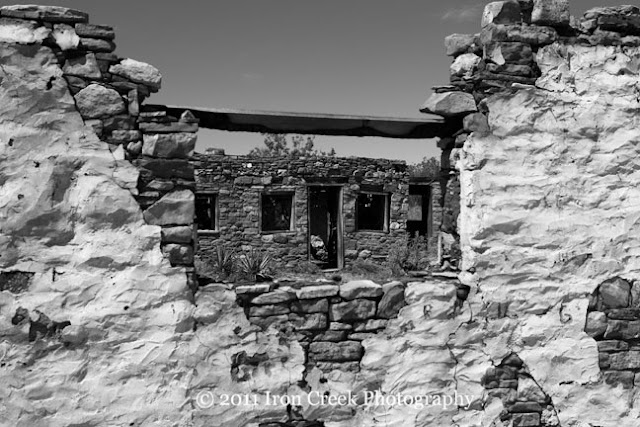 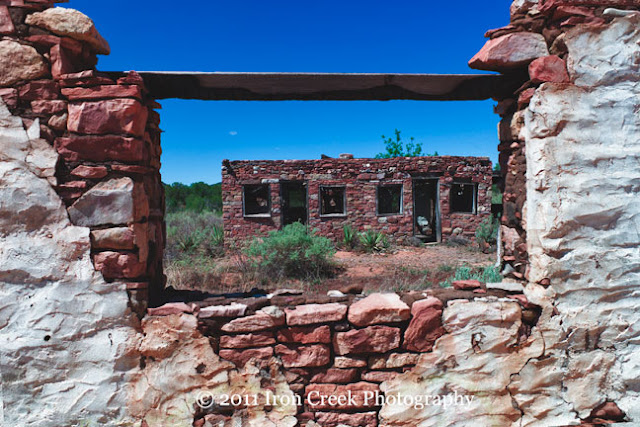 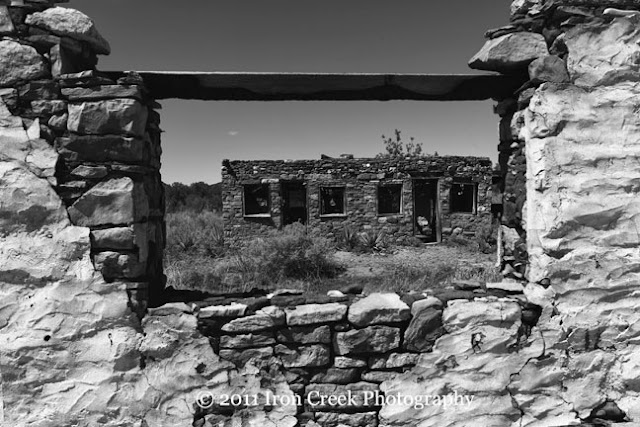 The images here were all captured either by Sandy using here Canon 1DsIII and 24-70mm lens or Don using his Leica M9 and a combination of either a 24mm or 50mm lens.  The processing was all performed using CS5 and Nik software (Viveza 2, Silver Efex Pro and HDR Efex Pro. 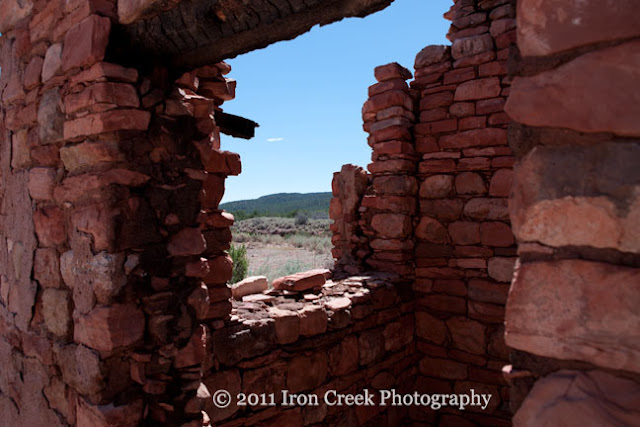 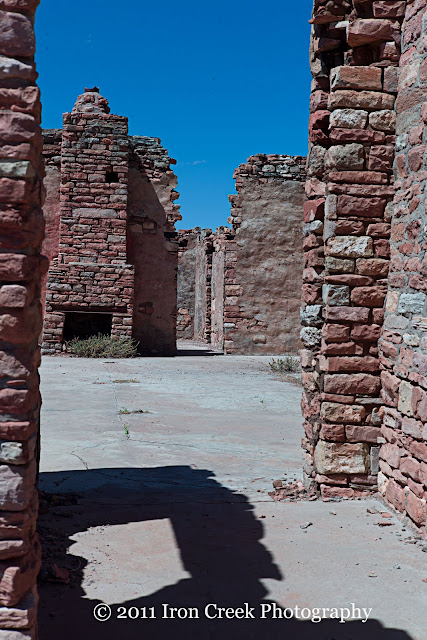 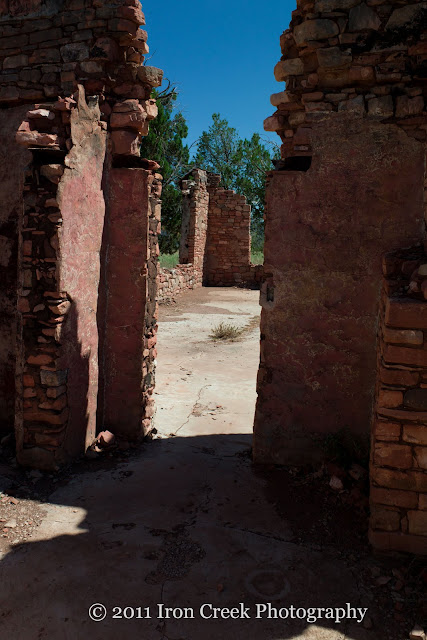 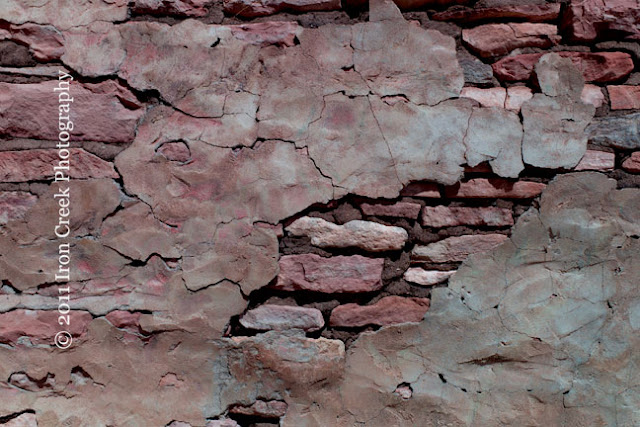 We thank the people of White Mountain Apache Reservation for allowing us to visit and share this area. 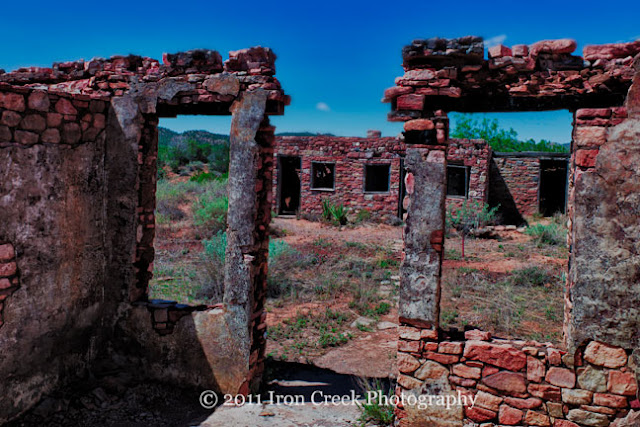 Thank you for visiting and allowing us to share and remember, your comments, questions and suggestions are welcome.
Sandy & Don
Posted by ironcreekphotography at 9:28 AM