We normally travel alone however we decided to take Mr. Bill along with us on our last trip.  Mr. Bill informed us he had never been to either or and both places were on his "bucket-list"; promising to behave himself we took him along figuring how much trouble could he cause?  Sadly we found out.... 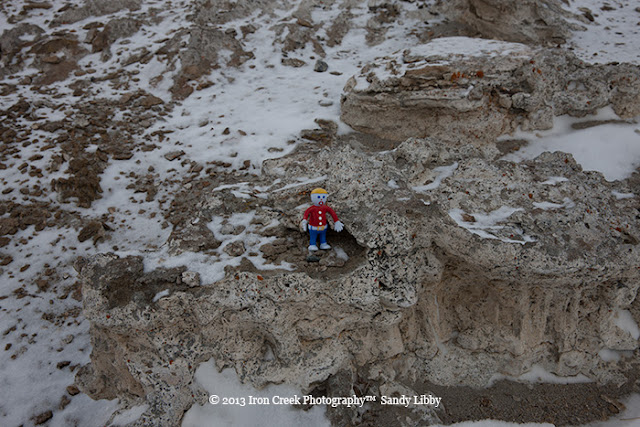 Mr. Bill forgot his camera and we just didn't trust him with ours.  Mr. Bill got himself in a bit of trouble in Mono Lake as he thought he could climb the tufa formations along the shore only to get stuck and needing rescue.  He tried to take a swim in the lake however we stopped him before he reached the water.  To say he was a small handful at would be an understatement. 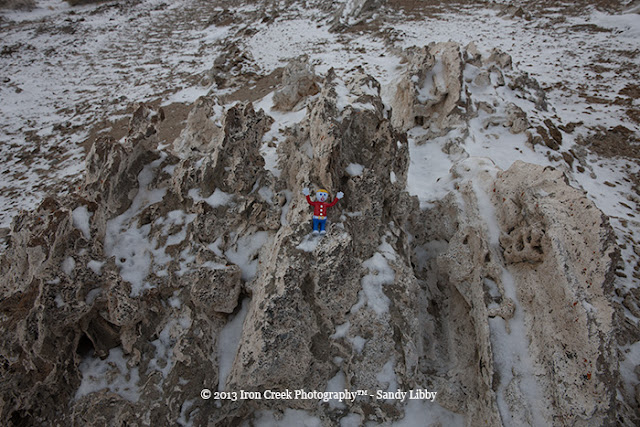 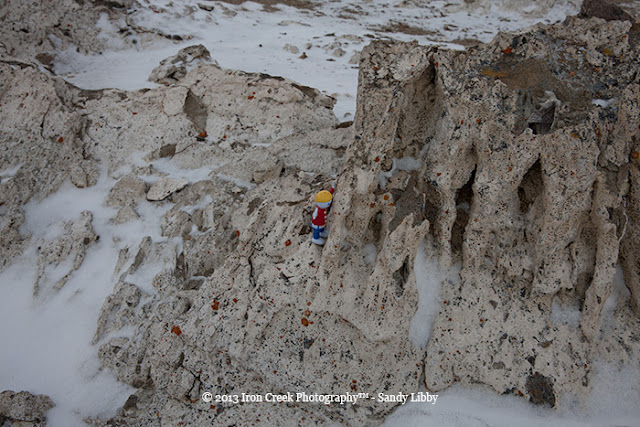 Thinking he learned his lesson at we decided to take Mr. Bill out to the Racetrack in .  Again we're thinking how much trouble could he cause?  Turns out he ended up trying to move the rocks and when he couldn't budge them he climbed on top of one. 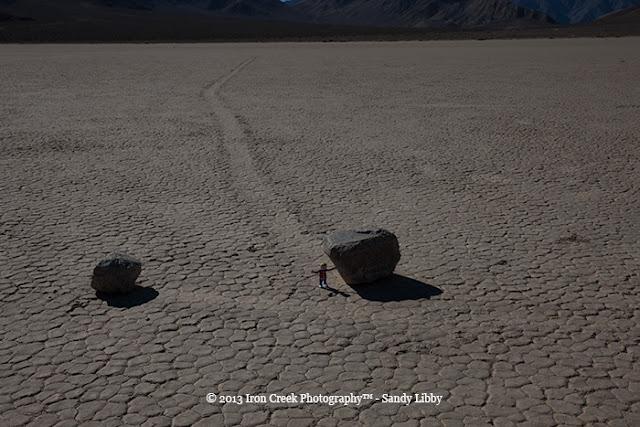 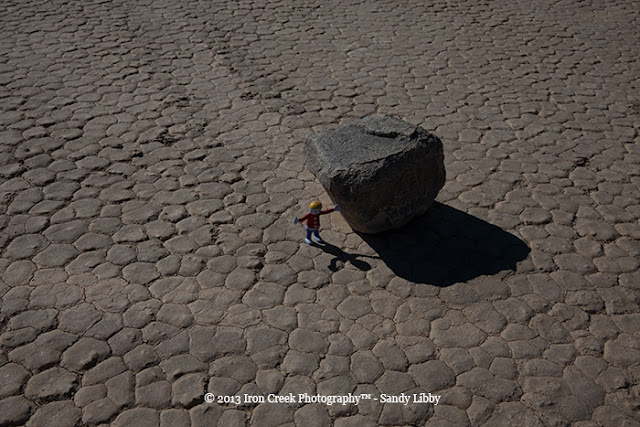 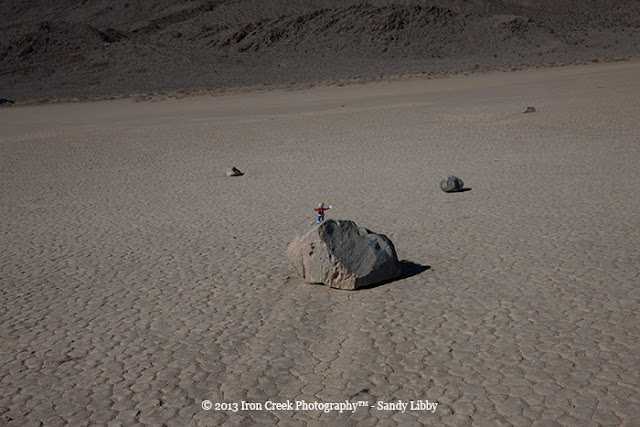 This is why we don't like to take others along while we're trying to work.  So long Mr. Bill.

We'll be posting images from and just as soon as we get Mr. Bill cleaned up.
Posted by ironcreekphotography at 10:45 AM