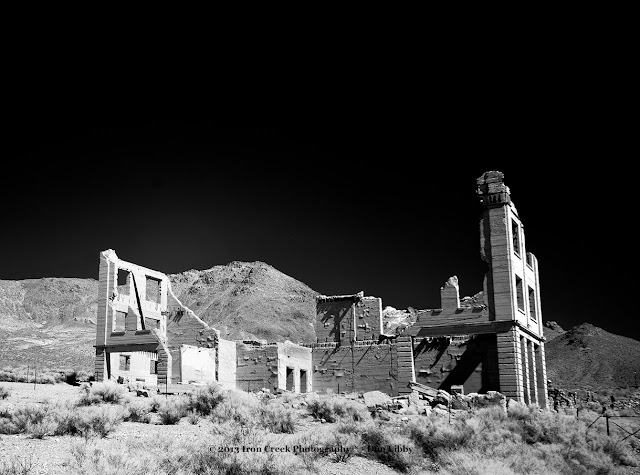 A couple days ago I shared my initial experience shooting IR with the Sony Nex-7 and spoke briefly on the processing aspect of the files. 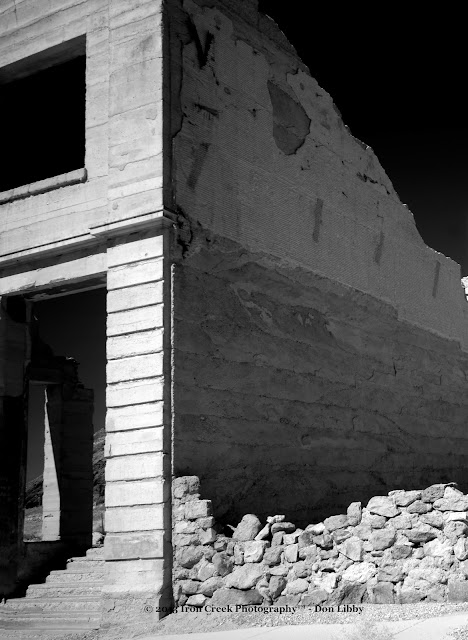 The samples included here were all shot mid to late morning May 10th in Rhyolite Ghost Town, .  I've been here several times however this was the first shooting IR.  I came here with no clear objective or certain outcome in mind.  As I shot the old buildings I saw in my mind that most would look better as black & white although a couple held a surprise for me. 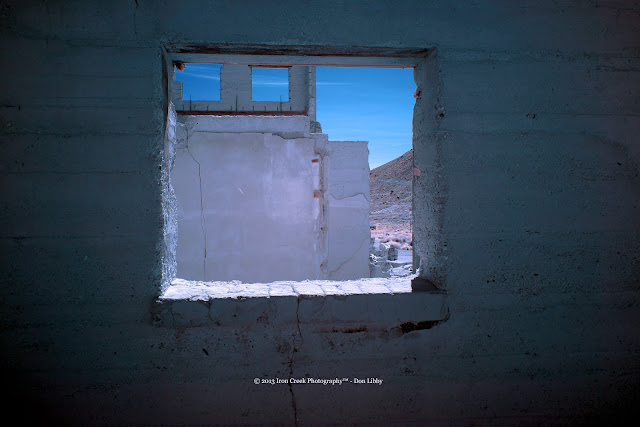 The next 3-samples are the same file showing 3-different views.  The first is what the RAW file processed only using Sony's Image Data Converter.  The second sample is with a false-color action applied and the last has been converted using Nik Silver Efex Pro 2.  The image was captured using the Sony 20mm pancake lens at f/11 1/125 with the ISO 100. 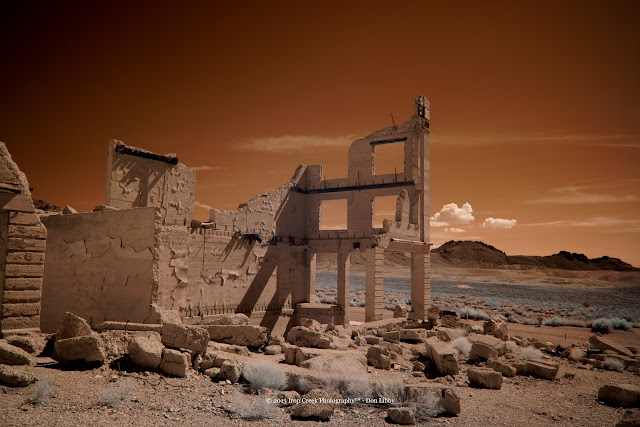 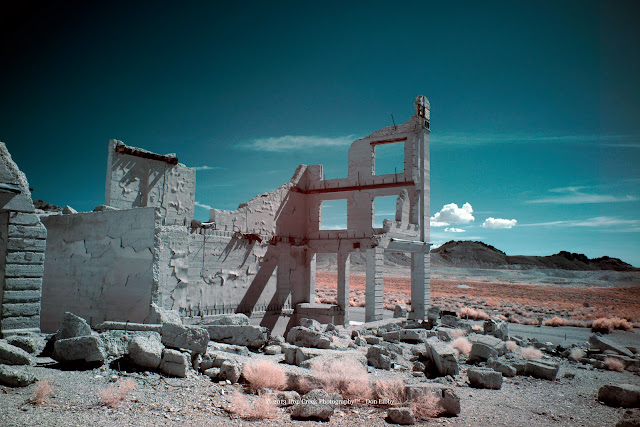 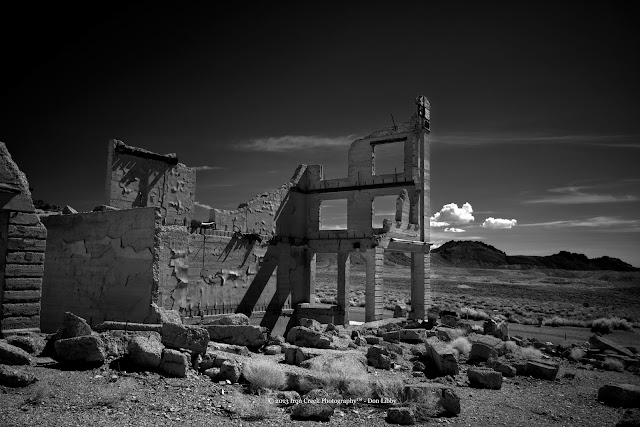 At the end of what I consider the main street sits the only structure that looks to be intact.  This building sits behind a tall chain-link fence with warning signs posted.  The more I saw this building the more I wanted to do something unusual thus the next 3-samples.  The image was captured using the Sony 20mm pancake lens at f/11 1/125 with the ISO 100.  The file was first rendered in Sony Image Data Converter before opening in CS6 where I used a false-color action before opening Nik HDR Efex Pro and processing to taste.
But first the sign... 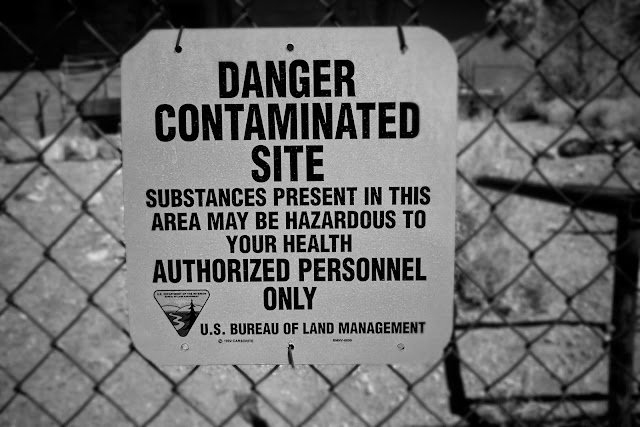 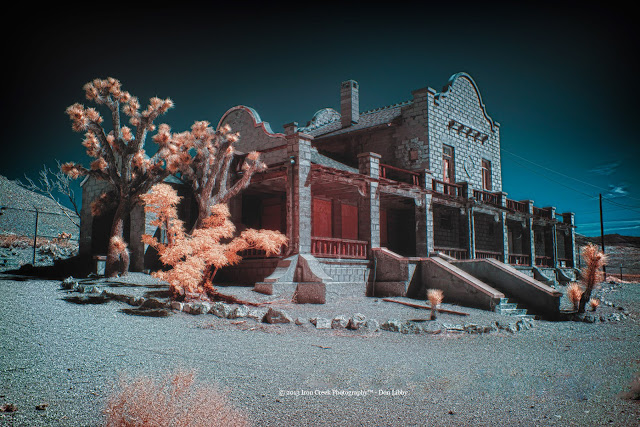 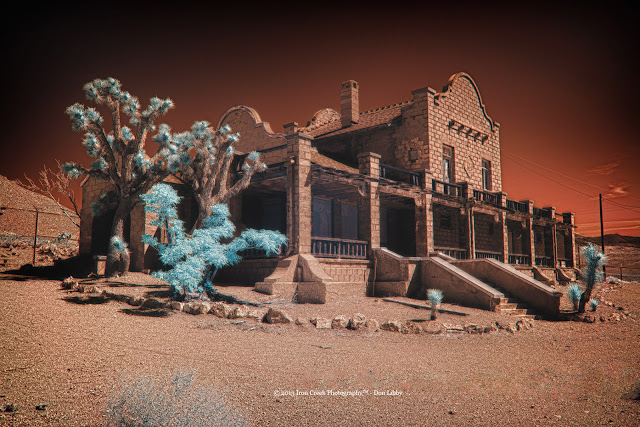 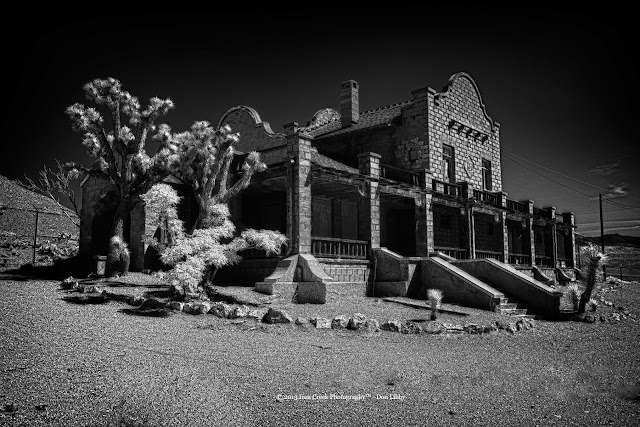 I'm willing to share more IR thoughts should there be interest.
Don

Posted by ironcreekphotography at 10:55 AM