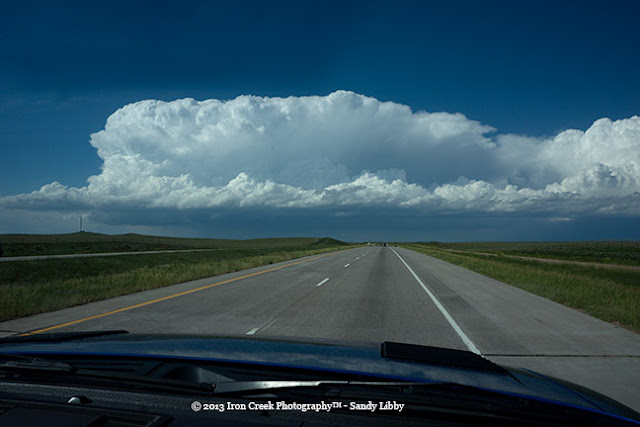 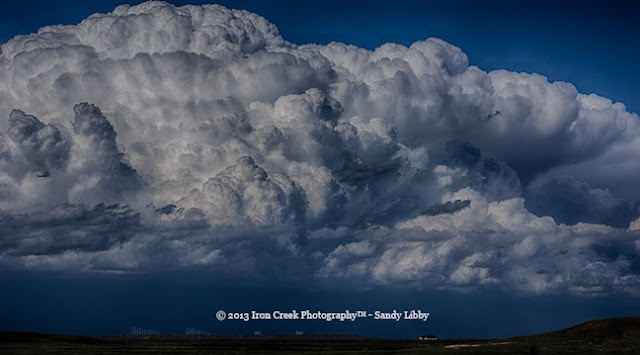 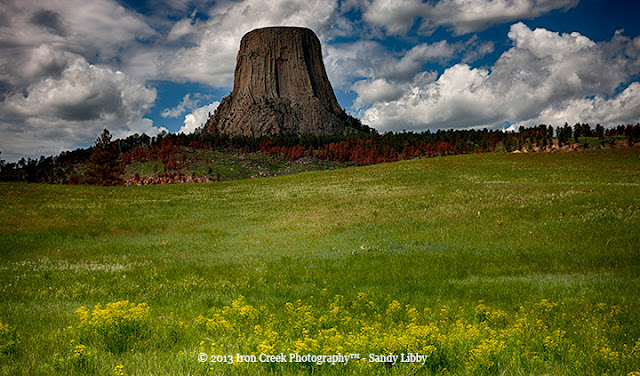 Our first close-up
Depending on what you read, is either the core of a volcano or the result of seven small girls being chased by a bear.  Legend has it that the girls were playing when a bear began to chase them.  Unable to run back to their village the girls jumped upon a rock about three feet high and began to pray to the rock, "Rock, take pity on us; Rock, save us."  The rock heard the pleas and began to grow, pushing higher and higher out of reach of the bear.  The bear clawed and jumped at the sides of the rock breaking its claws and fell to the ground.  The bear continued to jump and the rock as it continued to grow pushing the girls into the sky, where they are to this day in a group of 7-little stars (The Pleiades).  The marks of the bear claws are still there for all to see.  (Don tends to believe the legend...) 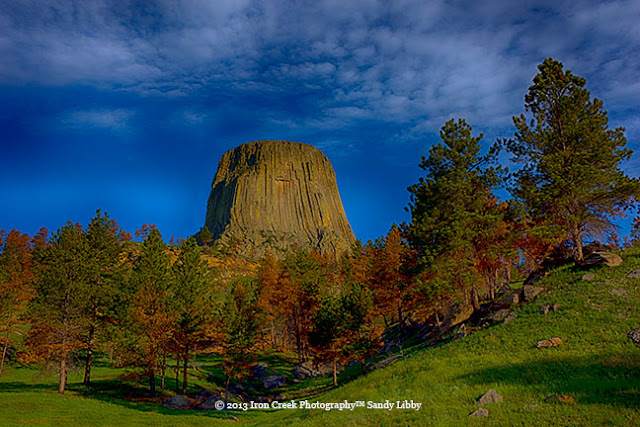 The view from within the Park 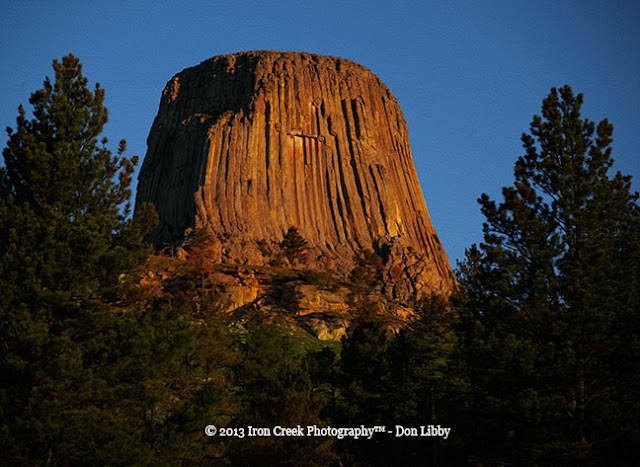 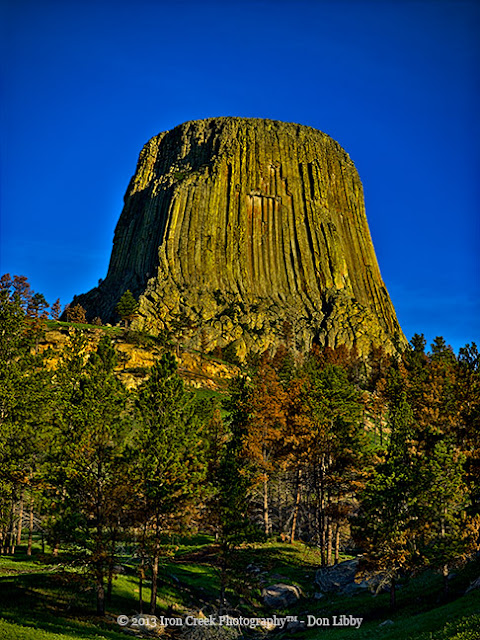 See the marks left by the bear?
No matter what you might believe is tall, raising 865 feet (263.65 meters) with a walking path around the perimeter of 1 1/2 miles (2.41 km).
The next series of images were all capture using the Sony NEX7 (30mm) Infrared converted camera processed as black & white.  Don feels this series adds to the eeriness of the Tower. 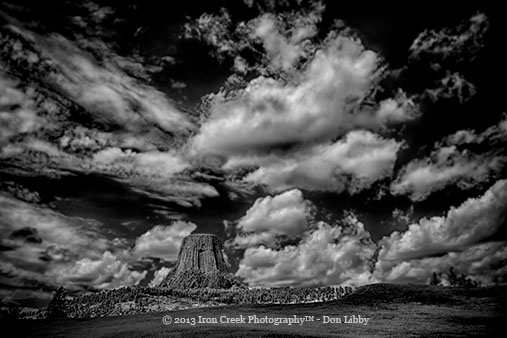 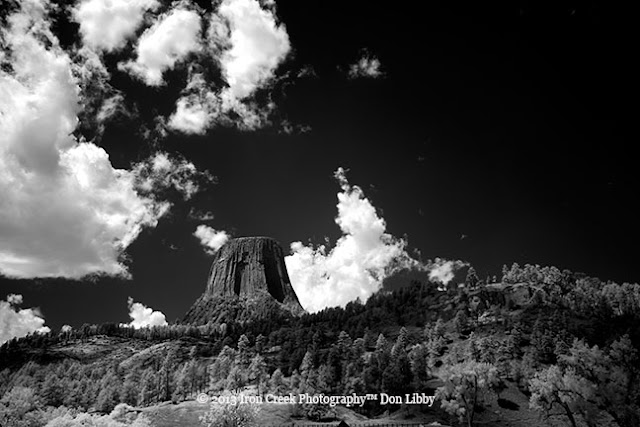 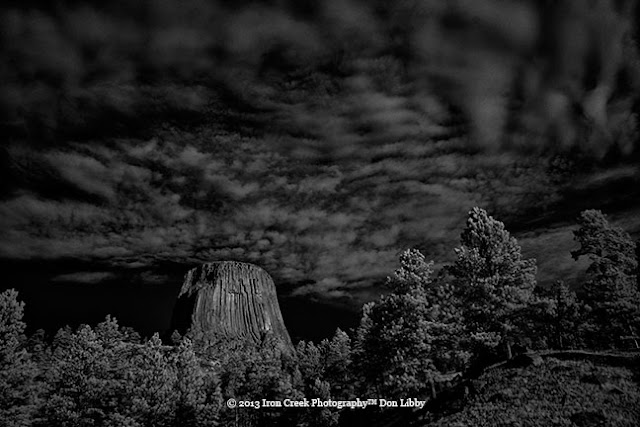 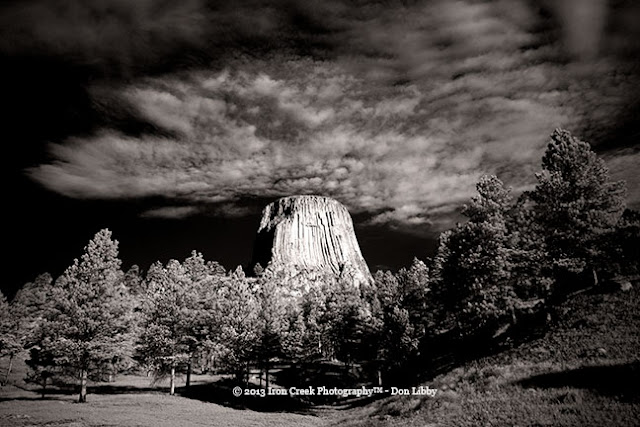 We were blessed with gorgeous skies and plentiful clouds the day of our arrival as well as the next day; we simply couldn't have asked for better conditions for our first visit. 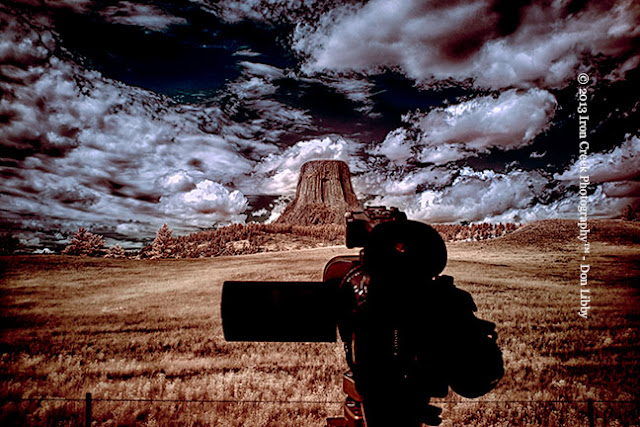 IR shot of shooting timelapse videos
The Tower isn't the only thing to see as we also found a huge colony of prairie dogs in the area. 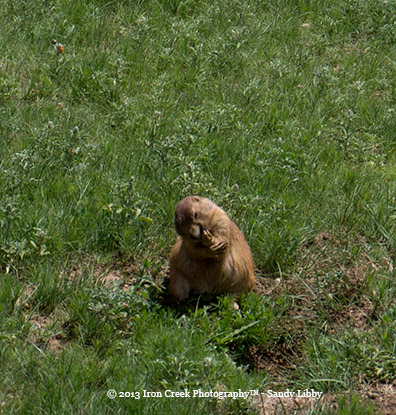 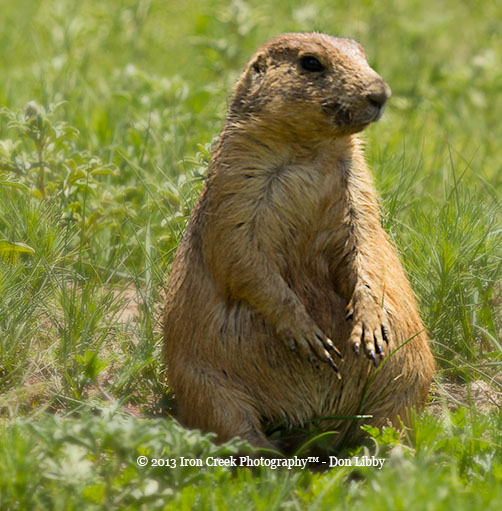 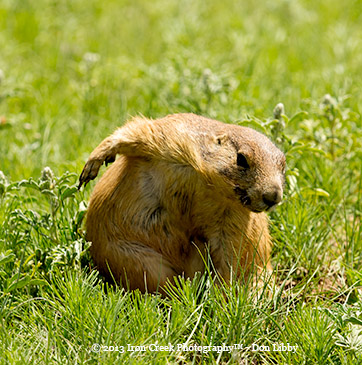 And finally one last image of ... 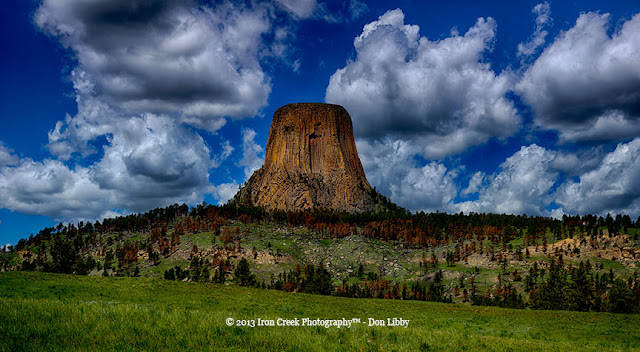 We had 2-great days to shoot in and around the area and are already making plans for a return visit. 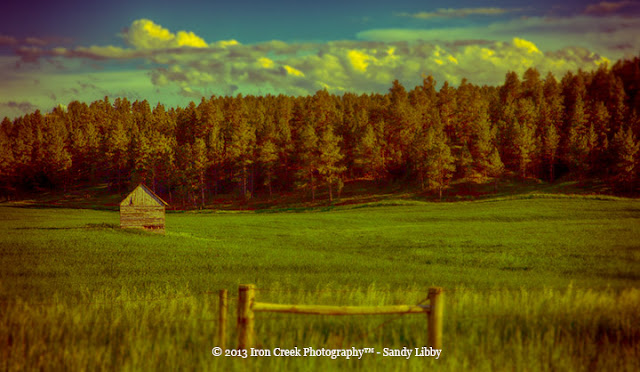 Old barn
The majority of the images shared here were captured with a Sony NEX7 either in color or infrared with the remaining with a Cambo WRS/Phase One IQ160 or in the case with a couple of the prairie dogs a Phase One DF/IQ160 with a Mamiya 300mm lens.  All images have been processed using a combination of Capture One Pro and Adobe Photoshop CC.
There's more to share so please stay tuned.
Sandy and Don
Here's a sample of our latest DVD Volume 5 which is now available for sale.

Posted by ironcreekphotography at 11:34 AM