I hadn't thought I'd be going as deep into IR as I have when I converted the NEX-7 last year.  I had shot IR with a converted 1DsII in 665nm for about a year before selling it; then ended up missing it.  Last year a friend was selling his NEX-7 and I thought it was a perfect time to return to IR.

The Sony NEX-7 (and now the A7r) has turned out to be a perfect platform. While I haven't yet converted a A7r (since beginning to write this I have sent a A7r to Life Pixel for conversion) I have experimented at great length with using various lens; much the same as I'm now doing with the NEX-7 IR camera. Both of these systems offer a platform where one can have either a 25 or 36 megapixel camera and use a huge assortment of lens from Sony to Canon, Nikon, Leica and so forth. My personal experience has been using Sony, Rokinon, and Mamiya/Phase One medium format lens; and in each case getting excellent results. I'm of the opinion now that you can put just about any lens on either the NEX-7 or A7r and get great image files. 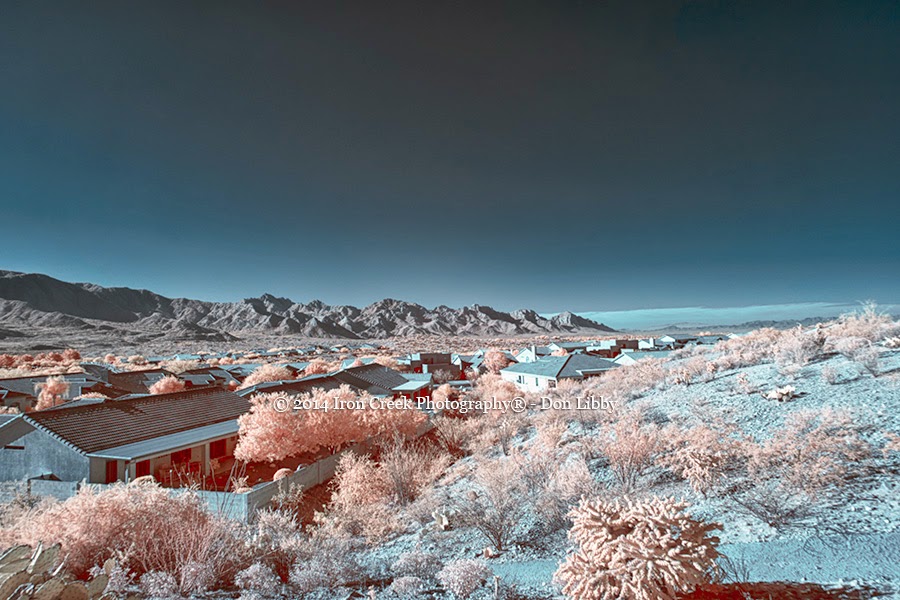 Rokinon 14mm wide angle
f/8 1/125 ISO 100 Sony NEX-7 665nm IR
So what does all this have to do with shooting IR.  Great question.  Infrared photography can be one of the most demanding types of photographic work there is.  Understanding the color wave lengths, which filter is better suited for which type of work, using a lens filter vs. a converted camera and how IR changes the focal points over regular color photography are just a few to mention. 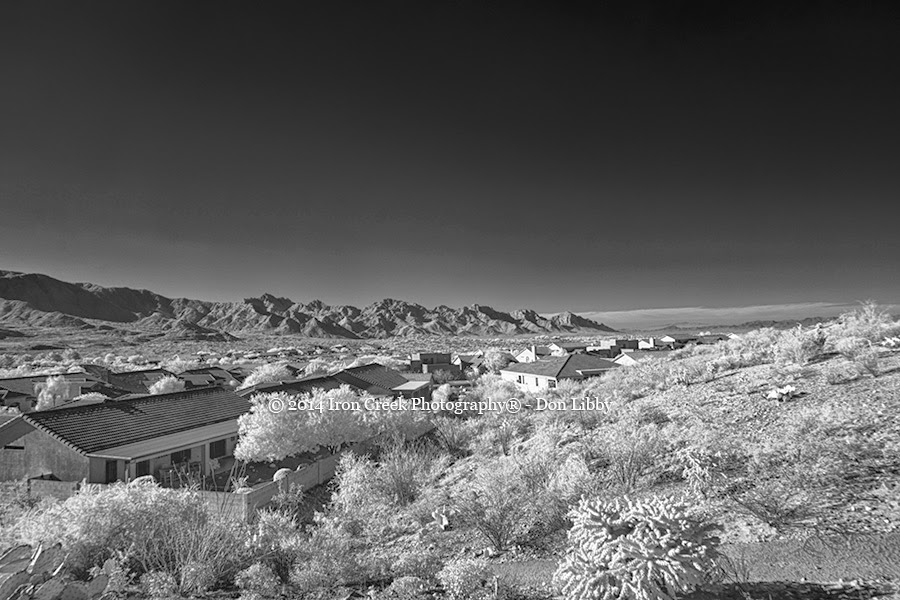 First you need to understand that a camera (any camera) "sees" better than the human eye. In low light our eyes are less sensitive to color than normal; in brighter light the opposite occurs. In short, the human eye is constantly adjusting to the environment. Not so with a camera sensor. A camera sensor always has the same sensitivity. All this before we go into focal length, f/stops, and ISO. A long exposure photograph will bring out objects that are normally faint to the eye while short exposure will freeze action that the eye simply can't. This is before we even begin a discussion to infrared photography. 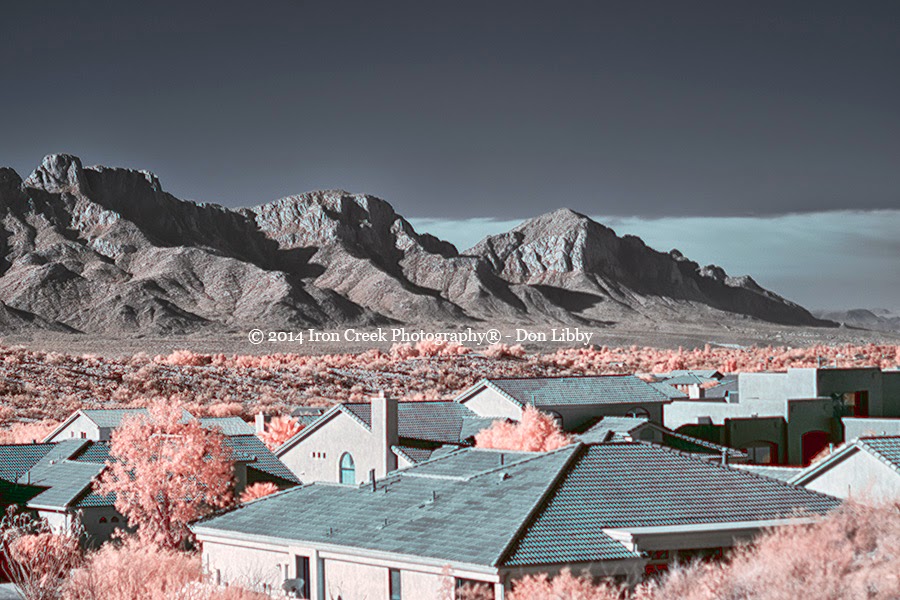 Phase One 80mm medium format lens
f/ 1/1600 ISO 100 665nm IR
The human eye (and brain that it's connected to) does not see in black and white.  It sees in color.  However there is a world of unseen colors/light that we are incapable of seeing.  IR photography opens a world of colors and textures; organic plant material, human skin and other materials reflect IR light.  The hotter the day with the sun shining down the more the difference can be see through IR. 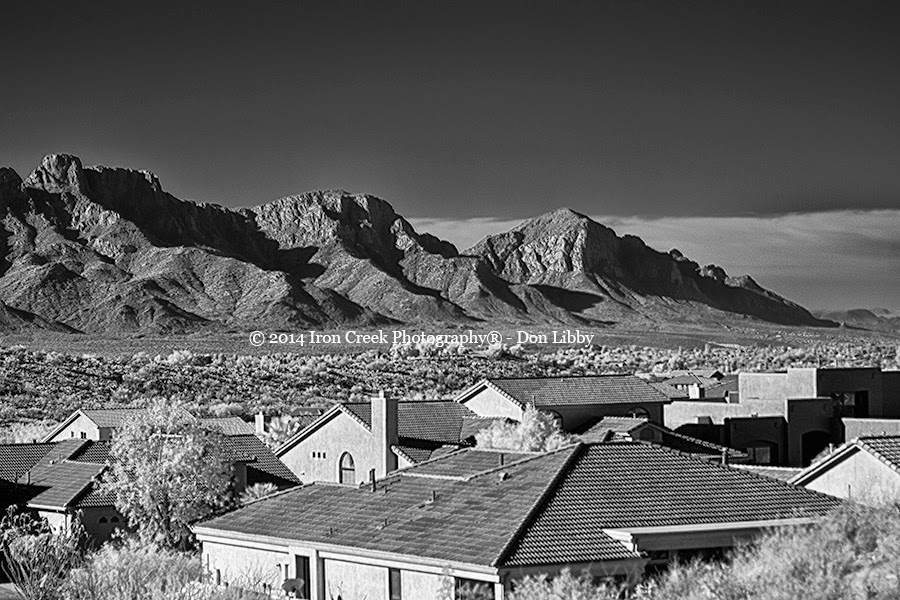 
I went on Google and did a web search to better explain what we see.  The following "Spectrum of Light" is a result of that research.  Infrared can be classed as "Near IR" and "Far IR" with the deeper into Far IR you go the deeper the red gets.  Holding an IR filter typically used on the front element of a camera lens will show you what this means.  The 665nm IR looks opaque until you hold it close to your eye and then you see everything in red.  Holding a 720nm IR filter close to your eyes you'll notice a much darker and deeper red.  As opaque as the 665 is the 720 is much much more.  The further into the FAR IR you go the more opaque and deeper red the filter will be; likewise going to the lower side of the Near IR the filter will be much less opaque while still being red. 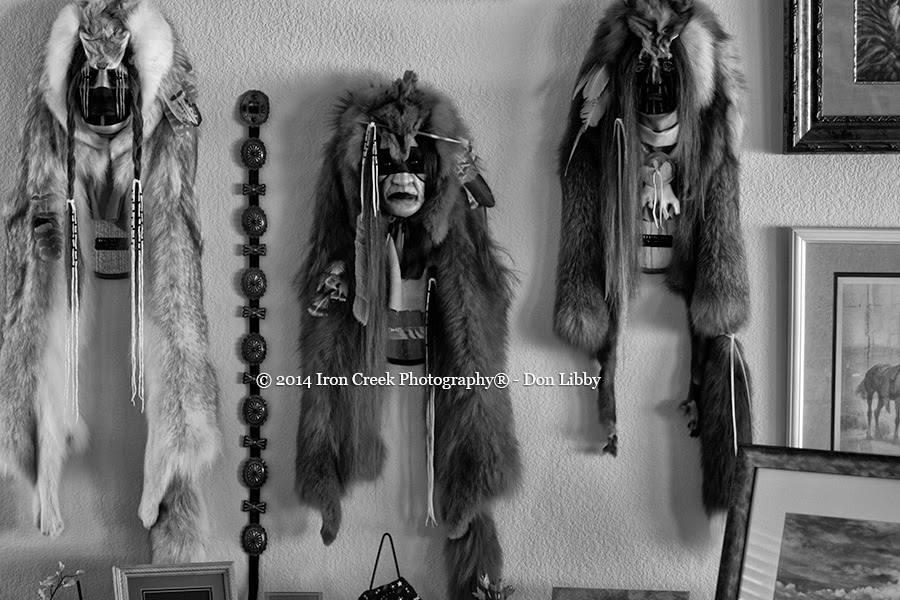 My history of capturing IR began in the late 60's early 70's using film. I found IR film expensive and very difficult to use. You needed complete darkness to both load and unload the film and finding a proper place to develop was a huge hassle. Eastman-Kodak changed the world of photography as we know it when they introduced a digital camera in the mid 1970's. While the first successful photograph was made by Nicéphore Niépce in 1816, it took another 159 years for the first digital camera to be offered. The first digital camera weighted 8 pounds (3.6 kg), recorded black and white images to a compact disk tape with a resolution of 0.01 megapixels and took 23 seconds to capture the image. 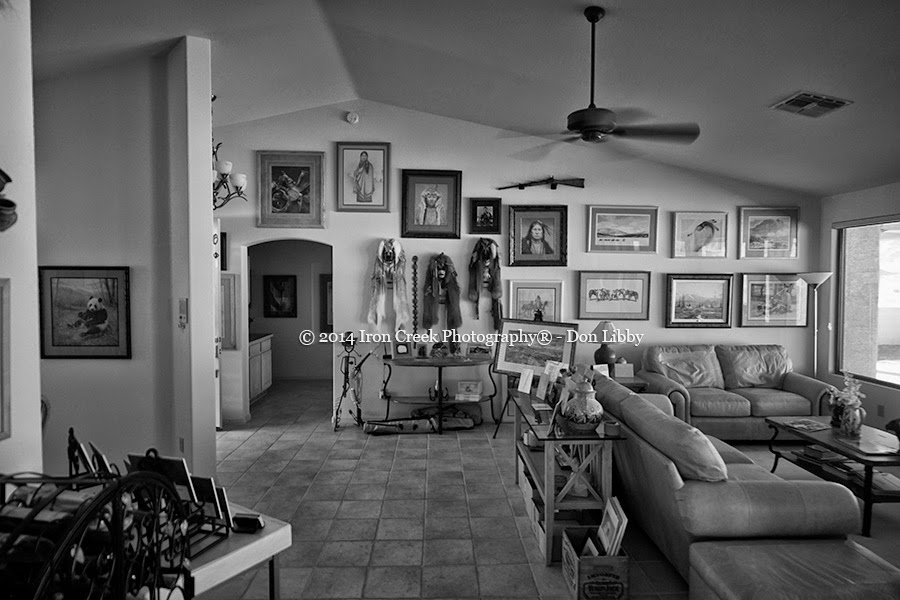 Rokinon 14mm wide angle (full frame 35mm)
f/2.8 1/13 ISO 200 tripod 665nm converted to B&W with Nik Silver Efex Pro
I've always found the images converted to blank and white from an IR capture to be much better than one converted from any color digital camera I've used.  While a 665 and 720nm IR image offers unique color and textures, the black and white conversion is what sells it for me.
We live in an ever changing world where it was just announced that we may soon have a medium format camera capable of video.  WOW!

Posted by ironcreekphotography at 10:05 AM