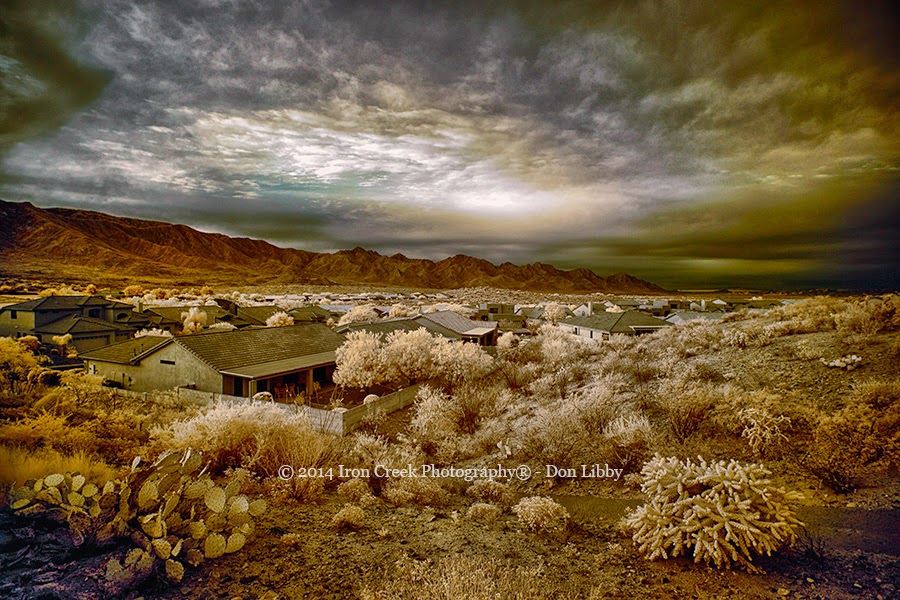 Sunrise
f/2.8 1/80 ISO 100 720nm IR
I ordered a Hoya R72 filter to put on my IR converted camera and began testing it last week.  The great folks at Like Pixel is where the suggestion came from after speaking to them about having my 665nm IR camera re-converted to shoot 720nm.  I had never thought of putting the filter on the lens and thanks to Life Pixel they ended up saving me several hundred dollars. 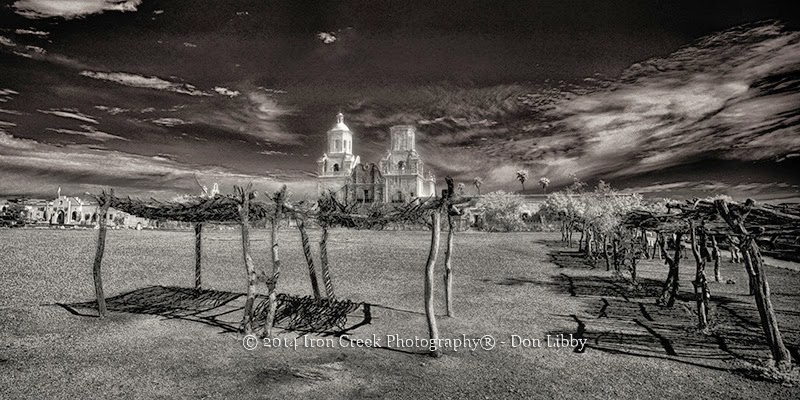 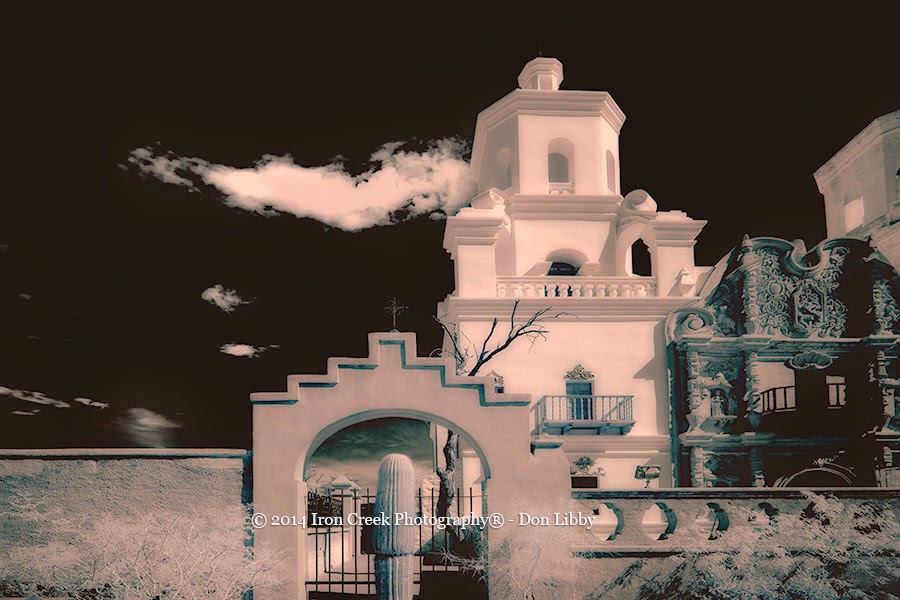 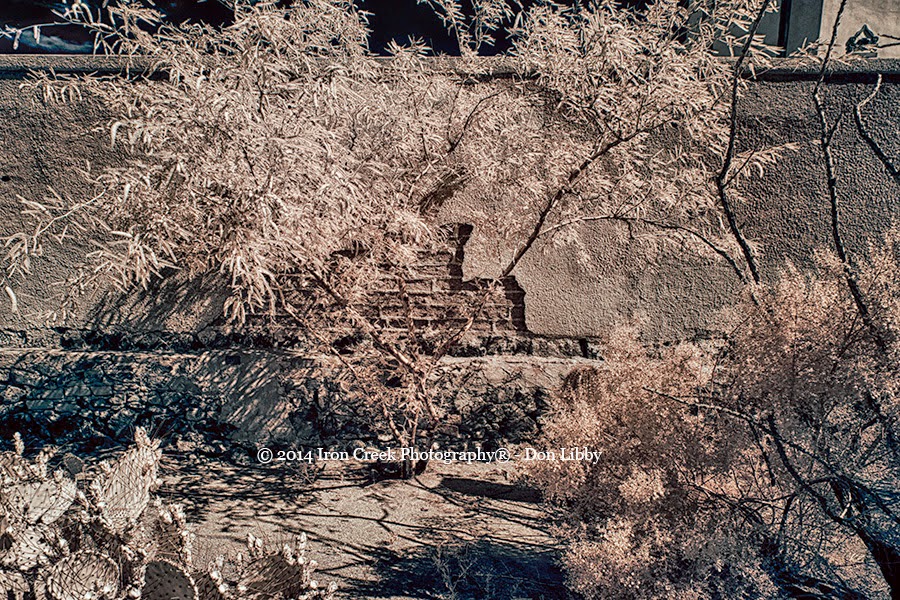 f/8 1/400 ISO 100 720nm IR
I was worried the R72 on the lens would slow the camera down to the point of no longer being able to handhold; however this is not the case.  Since the camera is already converted to shoot 665 IR placing the filter on the lens just changes the wave-length the camera is able to see and capture; use the same filter on a non-converted camera and I'd be back on a tripod.  Now I have the best of both worlds as I'm able to capture either "Enhanced Color" or "Standard Color" IR.  The differences are that with enhanced I get greater saturation and color range while standard offers better black and white IR with good tonal range and limited color. 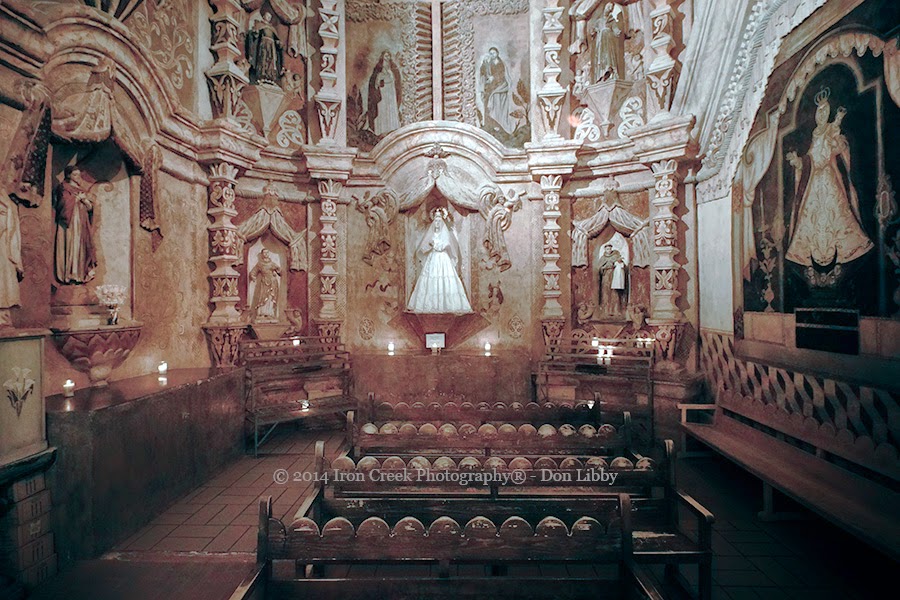 Shot handheld inside the chapel
f/2.8 1/100 ISO 3200 720nm IR
There's a learning curve to what the image will look like and just what can be done with post processing.  I mentioned before my two-main processing software packages are Capture One Pro and Photoshop CC.  I also make extensive use of NIK software. 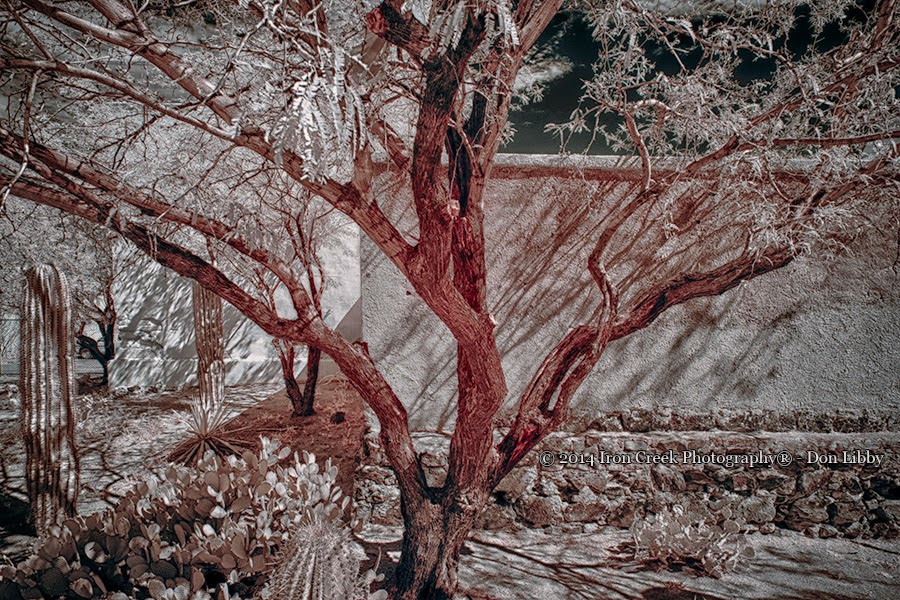 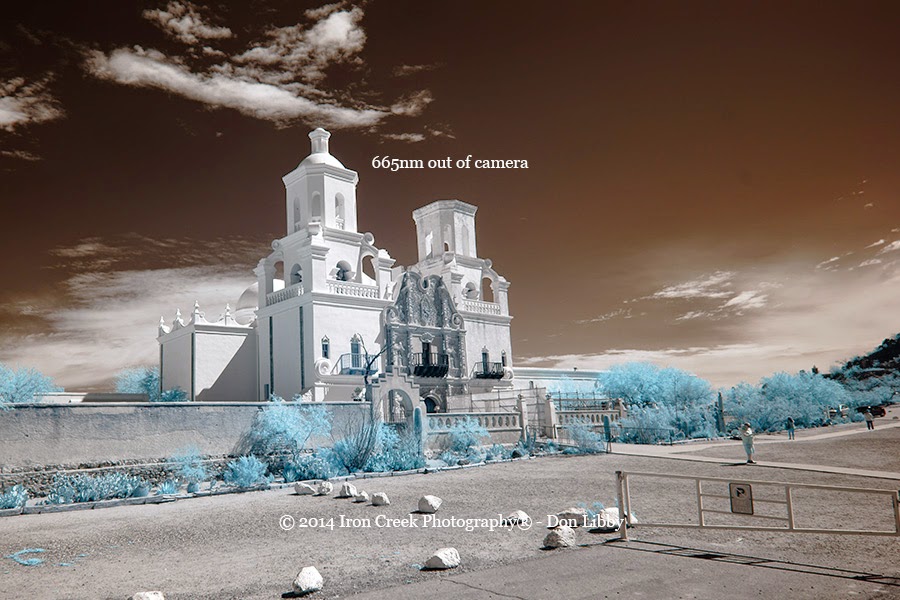 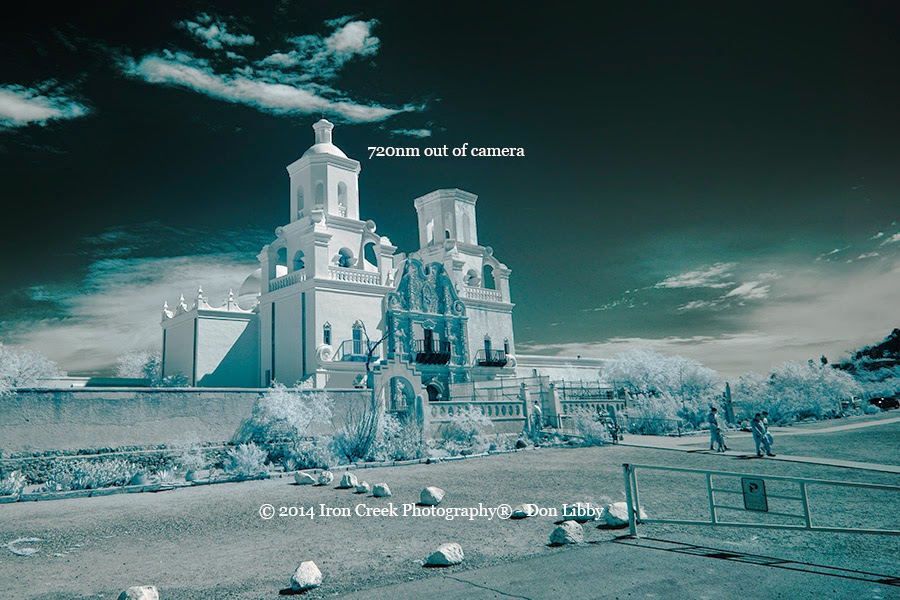 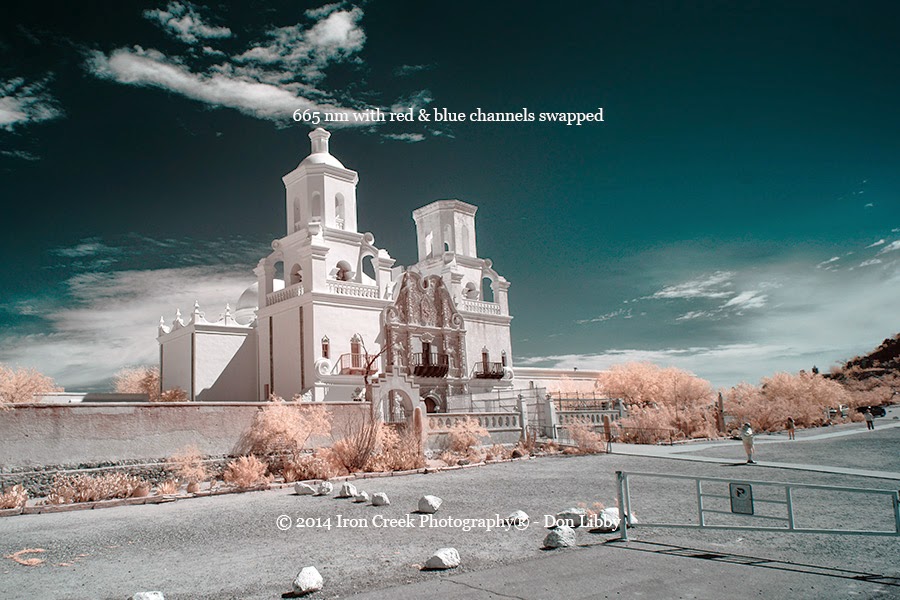 Swapping the red and blue channels on the 665nm 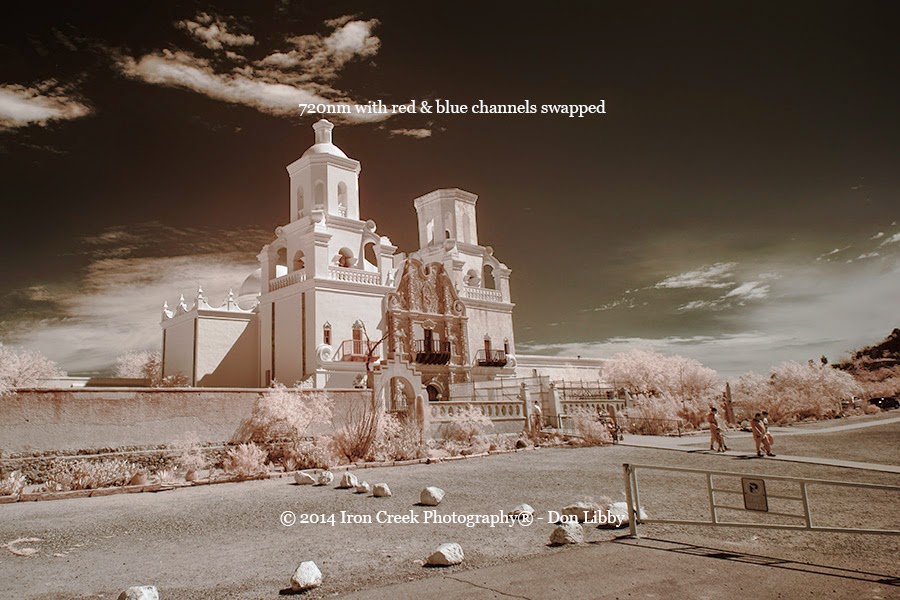 Swapping the red and blue channels on the 720nm
End result of the 720nm converted to black and white. 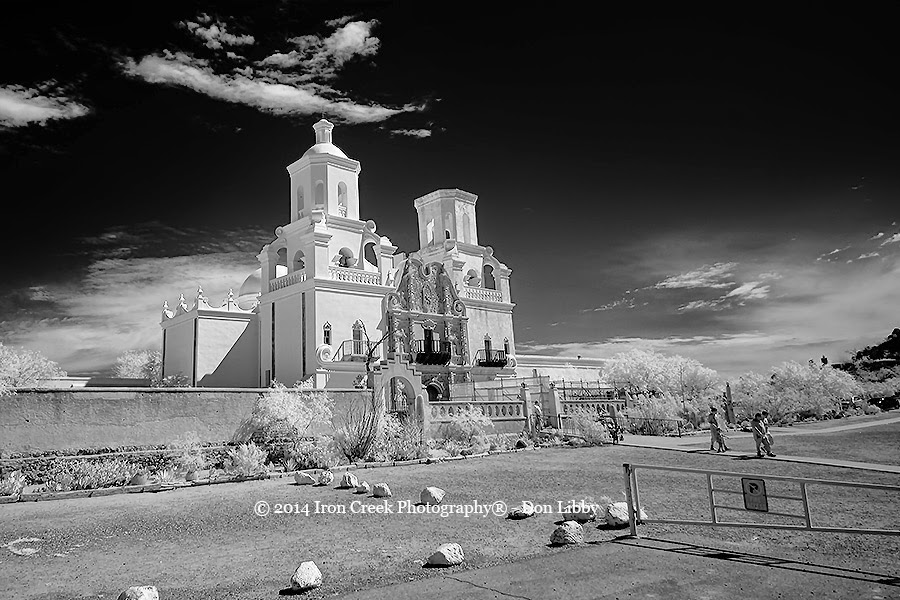 Processing a landscape image is very subjective with the results being what you want to express.  Landscape/nature photography should not (in my opinion) be an exact duplicate of the location.  The final image should reflect what made you take the image in the first place.  Photography is about feelings and emotions.  In the end I want people to see the image and wish they were there without going too crazy in post processing.  In other words create art.
Here are a couple examples of before and after.  The howling was cropped left and right before doing any post processing which include straightening, channel swapping, etc., with a final touch of NIK HDR Efex Pro.  The entire time spent was "listening" to what the image was saying as the various procedures were being applied. 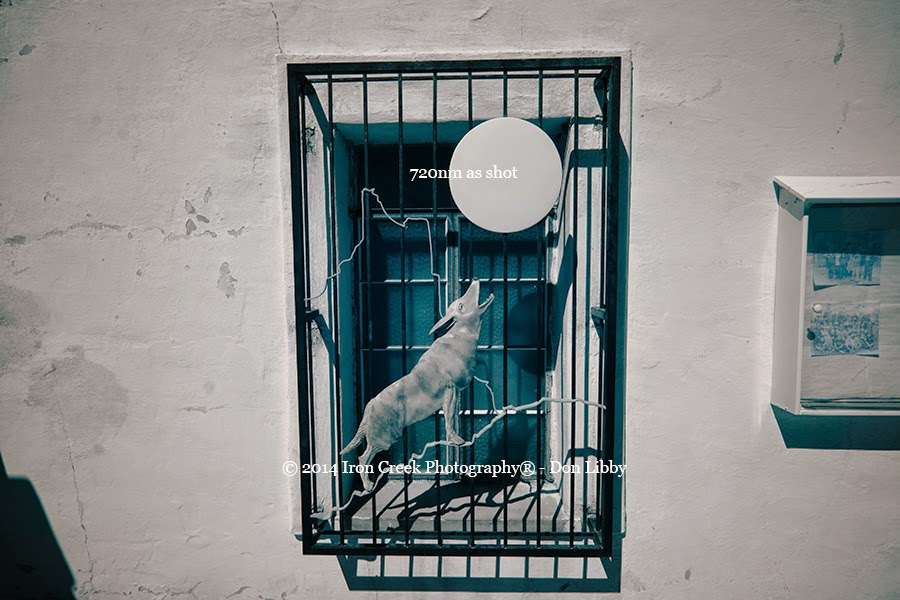 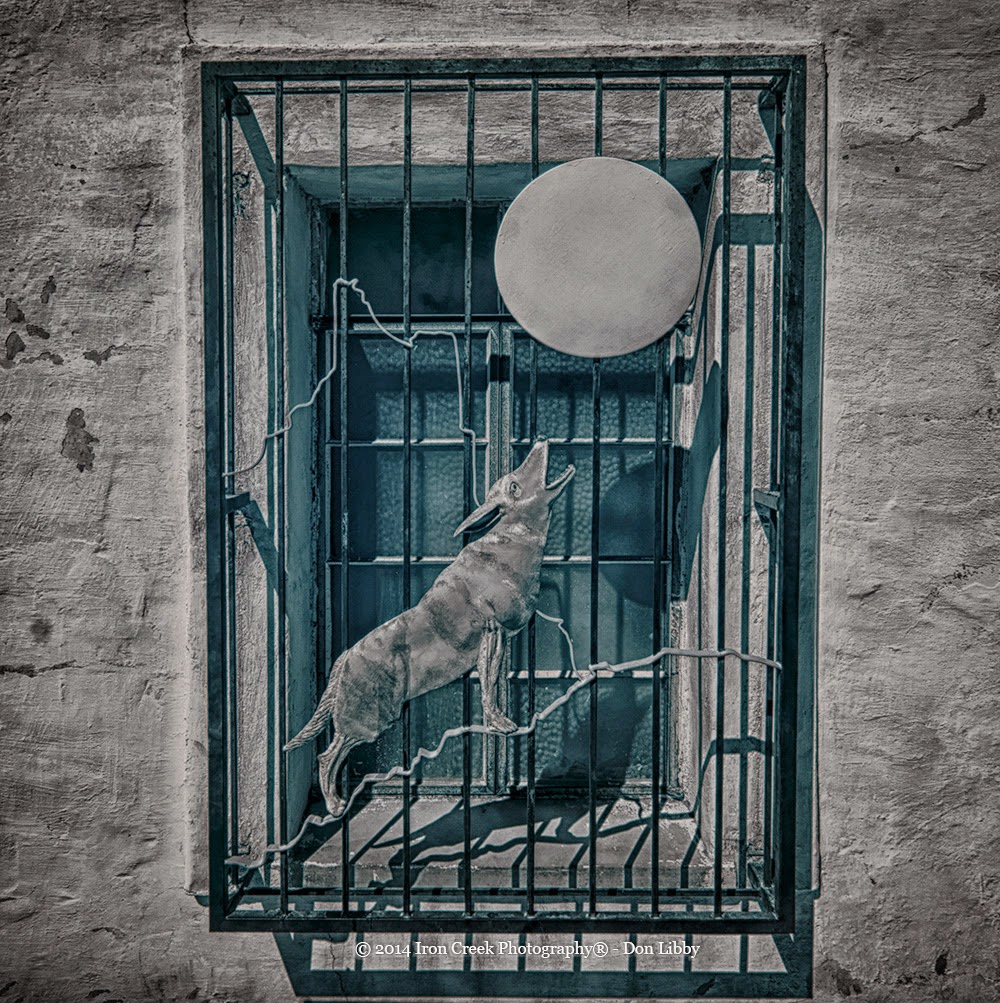 After
While I use a tripod 100% of the time when using a technical camera, and about 60% when I use the medium format Phase One DF, I rarely use one when shooting IR.  One of the things I want to do with IR is being able to shoot and move fast.  Most of the times this works and sometimes it can create an image that's leans way too much.  When that happens I need to try and fix the affect using software or when I can't fix it I have to move on to another image.  The 2-samples address this.  I liked what I saw as I was standing there and I thought I'd be able to straighten the mission in post.  I also took 4-images to hedge my bet ending up using the last one as it was the best. 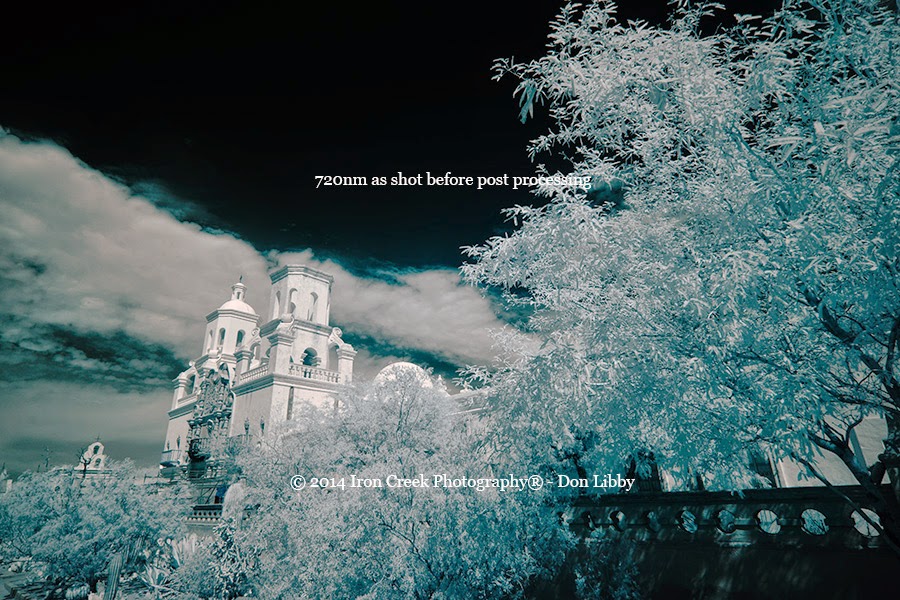 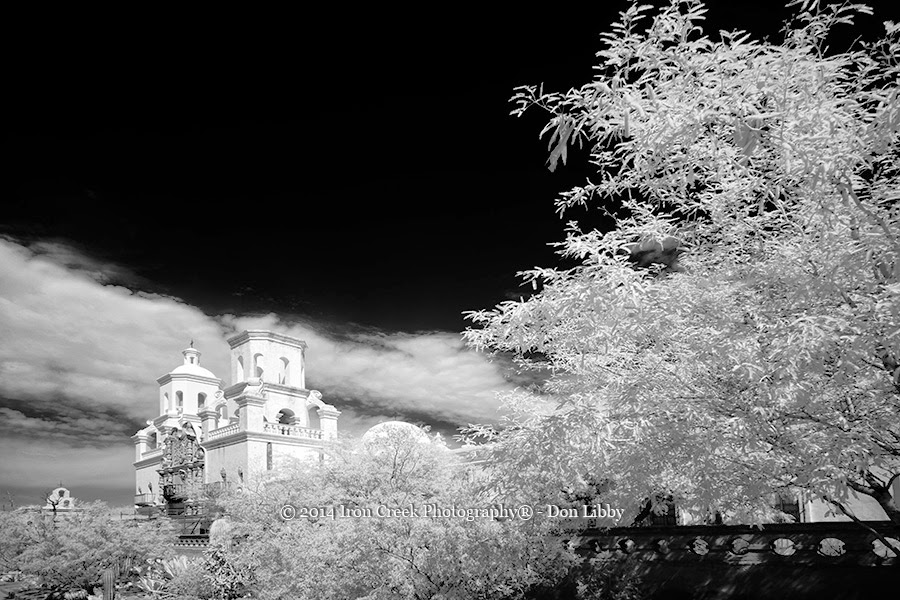 Perspective corrected and converted to black and white using NIK Silver Efex Pro.
I have more of a learning curve ahead of me as I train myself to "see" the differences between the 665 and 720nm IR and what I want the finished image to look like.  Once again I recommend visiting Life Pixel's website for a much more in-depth explanation of the various IR filters available as well as processing the files.   I am not associated with Life Pixel, just a very happy customer.


The following is an example of the learning curve shooting 720nm IR.  The first image is what was shot out of the camera, the second is the result of swapping the red and blue channels with the third the end result of an action I use that works on false color IR (it's a combination of using the Channel Mixer, Auto Levels, Auto Contrast, Auto Color and Hue/Saturation).  I normally compare the results of just using the Channel Mixer and the False Color Action to see which looks better.  The last image is the result of using the False Color Action and NIK HDR Efex Pro 2. 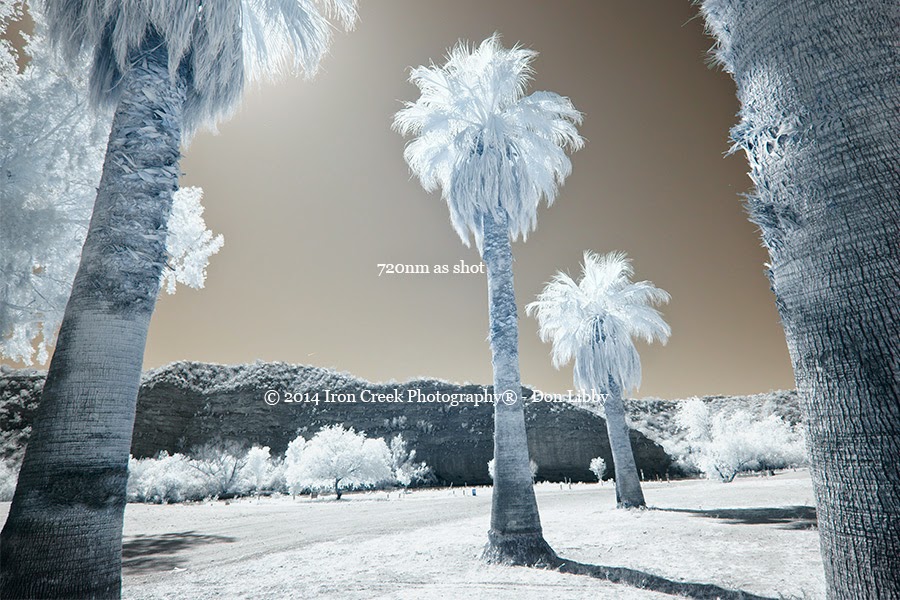 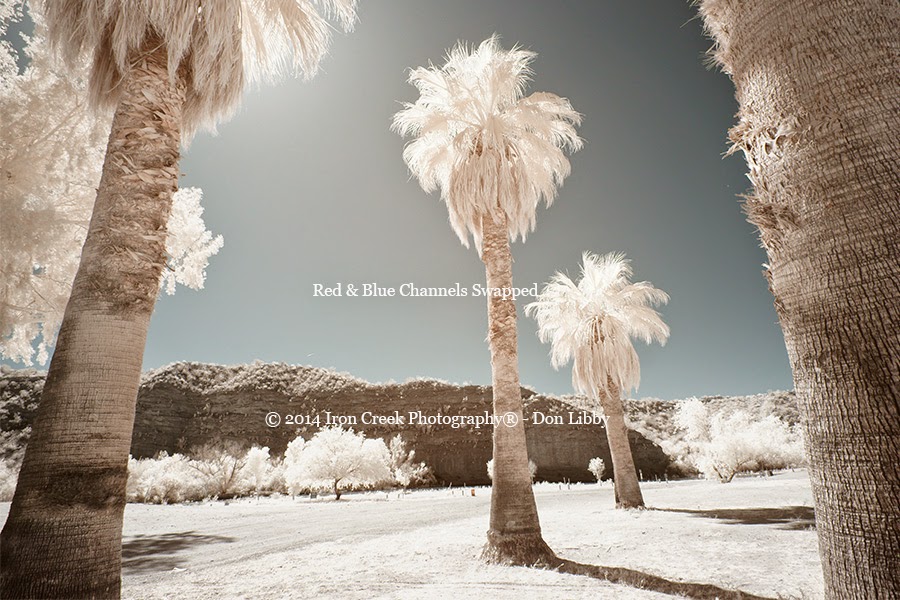 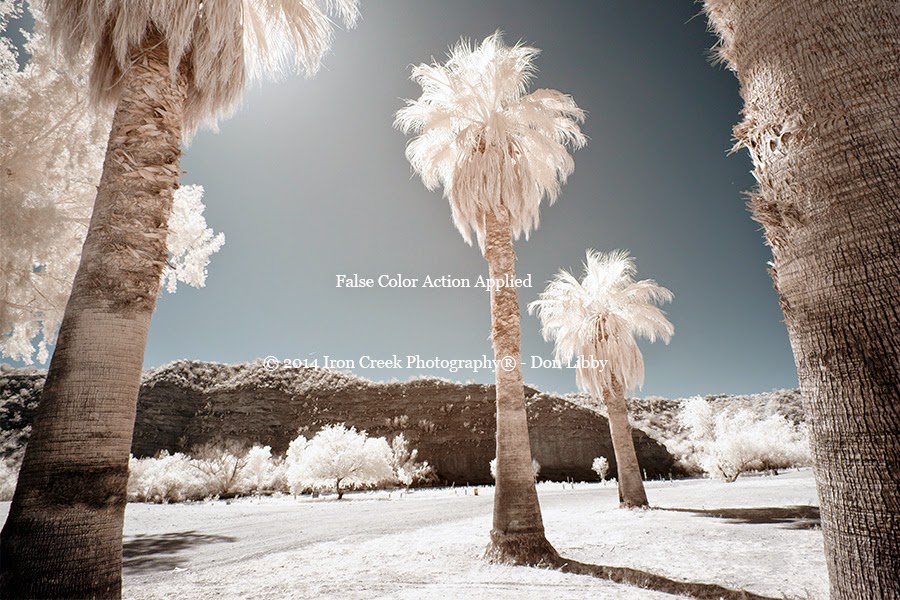 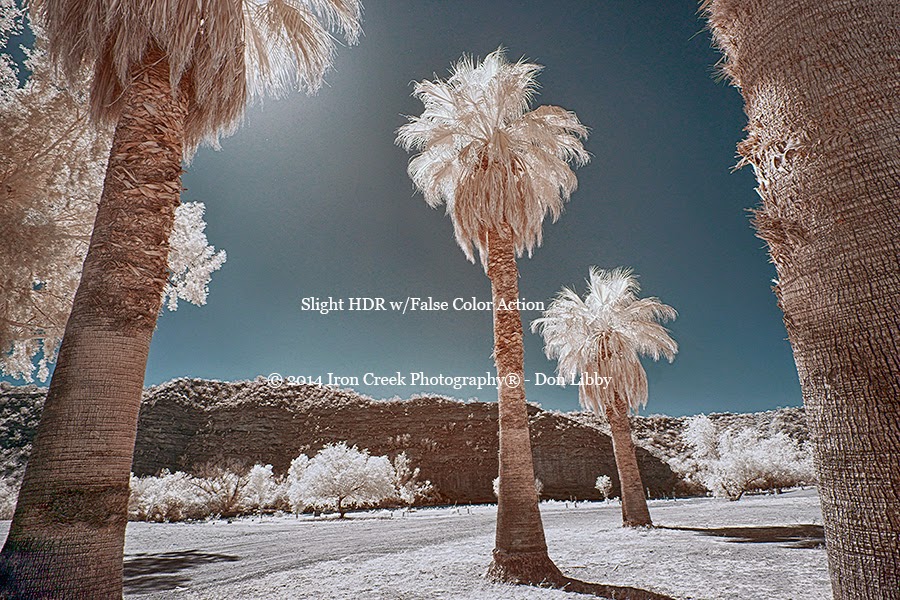 Thanks once again for visiting, and remember your thoughts, questions, and suggestions are always welcome.


I also want to add the following information.  My long time camera dealer, Dave Gallagher of Capture Integration is now also a dealer of Sony cameras.  What this means is that you'll have a one-stop shopping place for high-end medium format as well as 35mm cameras such as Cannon, Leica, and Sony.  Dave and his staff care so much more than just completing a sale, they want you to be happy as well.  Call them or visit their website.