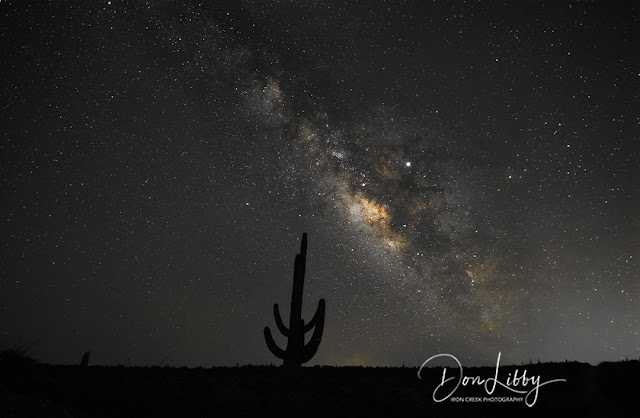 I’m blessed to live in a part of the country that offers dark skies. Every month for several days we can walk out at night and, if the clouds are not too heavy see the heavens. Dark skies, bright stars, the passing of satellites, and if conditions are good the International Space Station. Of course, there’s meteorites and falling stars.
I never realized that you could actually see the Milky Way until I began looking for it. 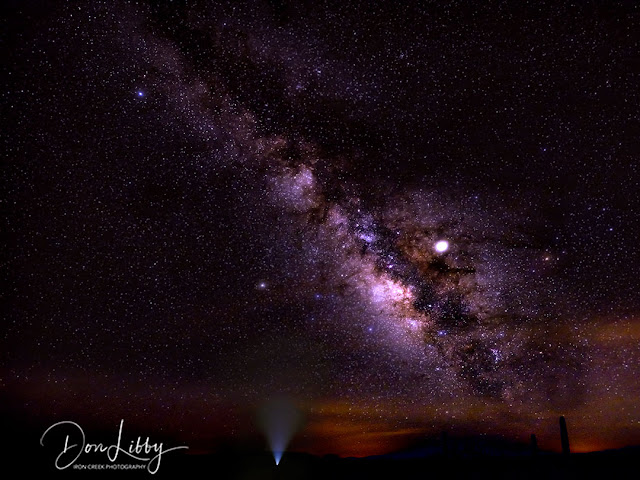 We've spent many sleepless nights in pursuit of capturing the Milk Way, finding along the way that the days leading to and following the monthly new moon are when our sleep cycles are disrupted. We also found the optimum time to see and capture the Milky Way is generally between 2 and 3:30 a.m.
We’ve photographed the Milky Way with both a 35mm Sony as well as the medium format Fuji. Both systems are mirrorless and offer excellent high ISO images. Our normal method of capturing the Milky Way use to be taking single images with the lens wide open (ranging from f/2.8 to f/4) at high ISO’s between 4000 and 8000 and shutter speeds ranging between 5 and 15-seconds.
We recently began a slightly different method of capturing dark skies. 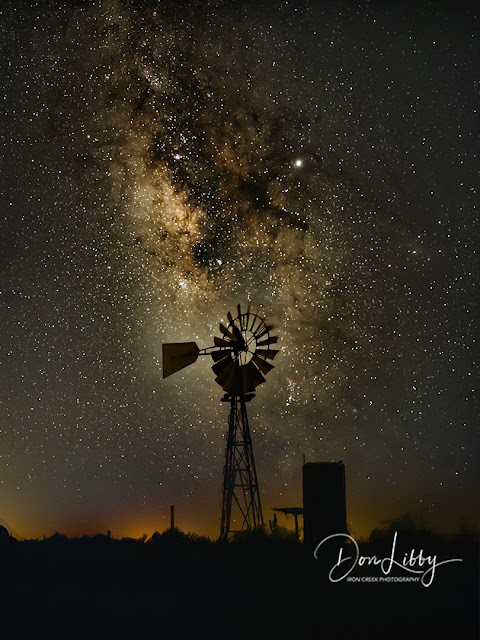 We spent the past week losing sleep capturing beautiful images of the Milky Way near our home in Tucson AZ.  We've been using a Fujifilm GFX 50s medium format camera with a choice of 23 f/4 and 45 f/2.8 lenses. Instead of a single capture, we’ve begun taking multiple captures ranging from 10 to 24. I found a great program for our PC to stack the images called Sequator. I highly recommend Sequator if you use a PC. 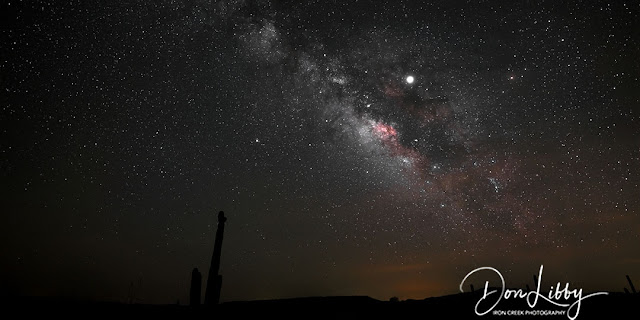 Fujifilm GFX 50s
GF23mm f/4.0 ISO 5000 190-seconds
19-images
The workflow of the images is a little complicated. The files are opened first in C1-Pro and saved from the RAW file to a Tiff. I then open Sequator to stack the files. Once the files are stacked and saved as a single TIFF file, I then open that file in Adobe RAW and begin the initial processing and from there on to Photoshop. I don’t use Lightroom however if you do then use it. The final processing is done in Photoshop and saved. I’ve included files to compare as shot in camera, stacked and the final image. 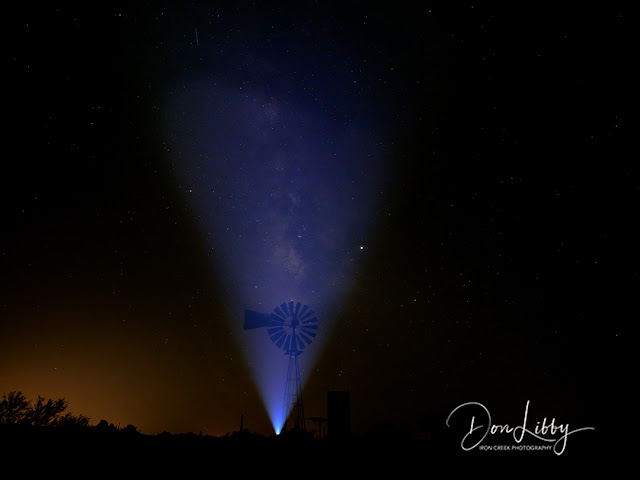 
Shooting the milky way is not a simple thing yet it was easy to master. Figure this as a two-part process with the first being the setup and capture, and the second-part the harder more time consuming processing.
Not satisfied with “just” the milky way we decided to add more drama and try deep space images. 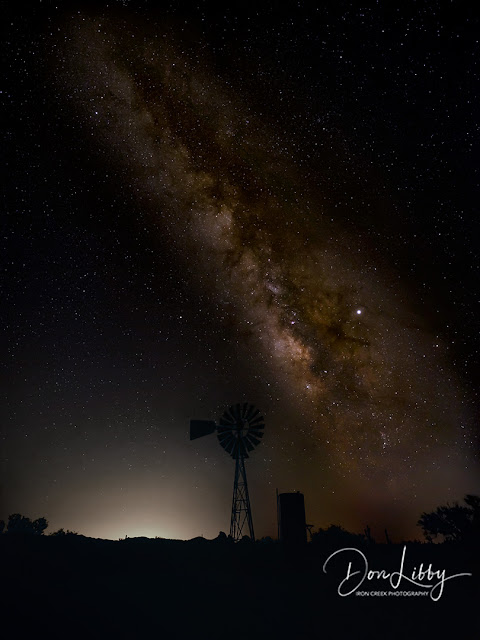 I picked up an iOptron Skyguider Pro with the new iPolar alignment scope. Once I have a proper polar alignment, I can then take long shutter images of the sky. The shutter length has been set to a max of 10-seconds and high ISO (5000). Using the Skyguider I’ll be able to track the sky and take much longer shutter images in the neighborhood of 5-minutes at lower ISO. With a medium format camera! 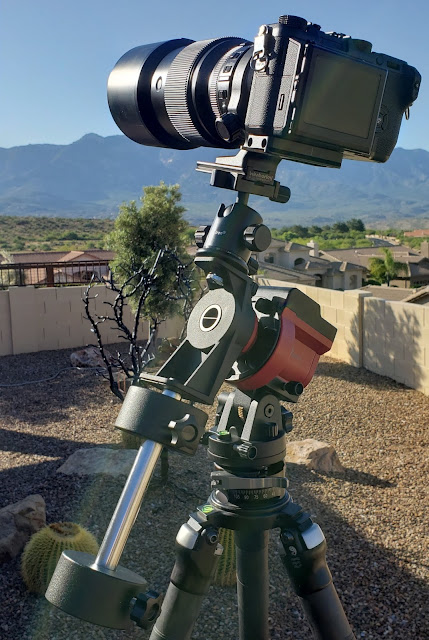 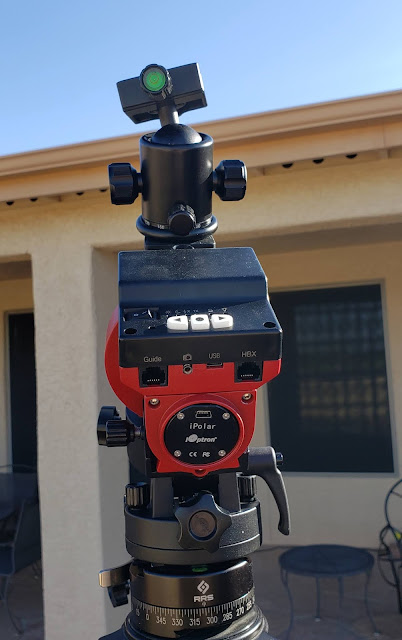 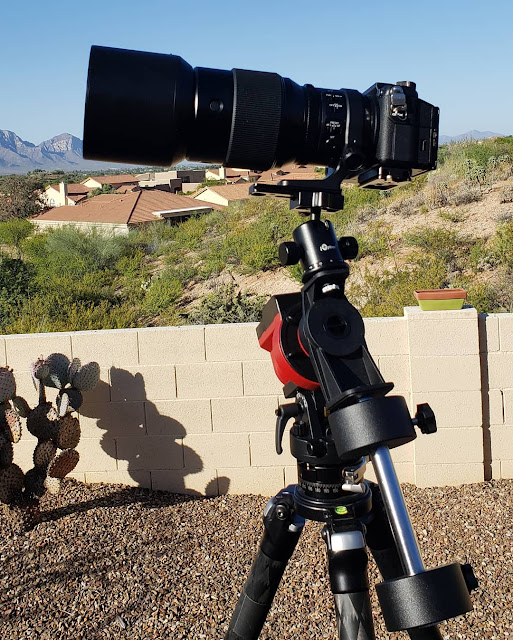 
The plan is to shoot deep space using the Skyguider and the GFX50s and a GF250mm lens. If this works as well as I think/hope the next step is combining the 250mm with a 1.4 extender. 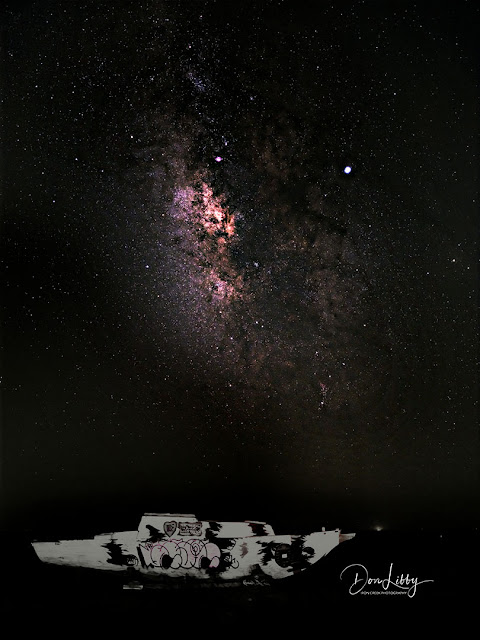 
The boat image needs a little explanation. This was shot on Bombay Beach, Salton Sea California at 2:49 am with no supplemental light as the light pollution from the rear facing the boat was enough. This is the only image included which needs to be redone as it was a test processing off our 15” Surface Book II. I wanted to see if I could process the image using just the available screen. The short answer is yes however I plan to re-process this on a larger screen to see what if any difference there is.
The next 2-images are from a parking lot north of the Salton Sea North Beach Yacht Club. I use the term “parking lot” loosely as we were in a dark wide area covered in dirt. Again, no supplemental lighting was used due to the amount of light that was directly behind us. While not close, approximately 100 yards and not overly bright the lighting was nevertheless bright enough to light up the foreground. 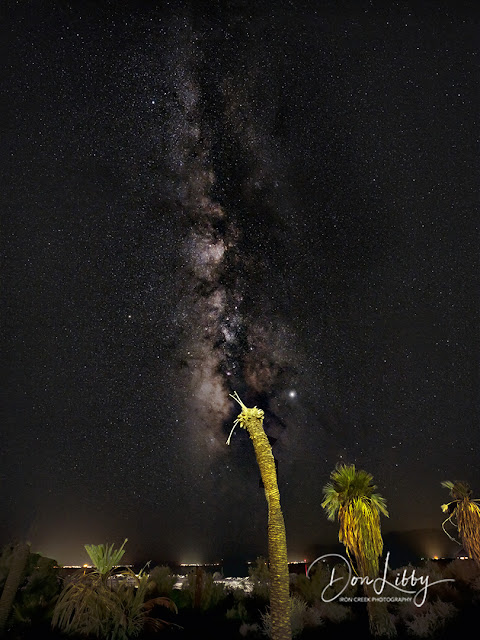 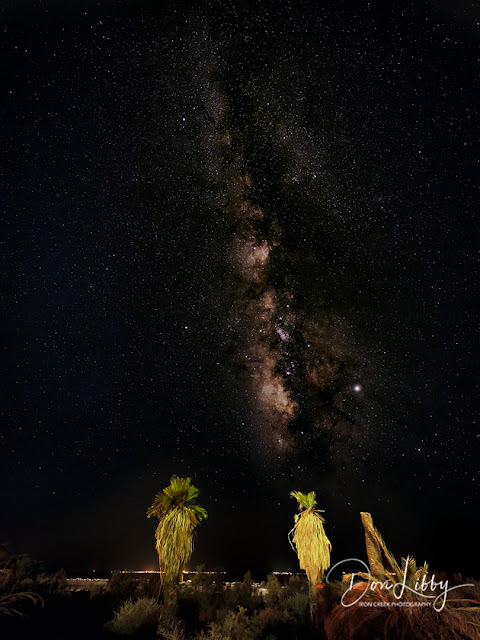 GF23mm f/2.8 ISO 3200 120-seconds
24-images
Let me sum this up in a few words. Can the Fujifilm GFX 50s be used successfully to capture the Milky Way?  Yes. Are the GF 23 and 45mm Fuji lenses appropriate? Yes. Given the right conditions (dark with almost no moon) and very little light pollution can you see the Milky Way enough with the naked eye to set your camera up and capture it? The short answer is yes. Will you lose sleep doing this? Yes. Is it worthwhile? Oh yes!


I thought I has finished writing this and was about to publish when I remembered I wanted to add a little more information.
I am now shooting between 10 and 20-plus files as well as at least 2-black or noise files (taken with lens cap on at time of shooting). The noise capture must be taken at the time you shoot in order to maintain the same temperatures of both the location and sensor; I’ll normally capture one at the beginning and one at the end.


I’ve included 3-samples of the same image.
The first image is one-of eleven taken near 3:56 am. While we could see the Milky Way both with our eyes and in camera the files looks dark, 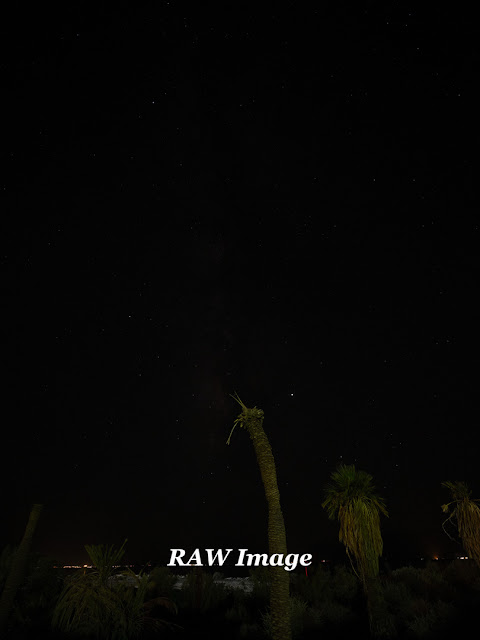 The next sample is the result of stacking 11-star images and 2-noise images in Sequator. 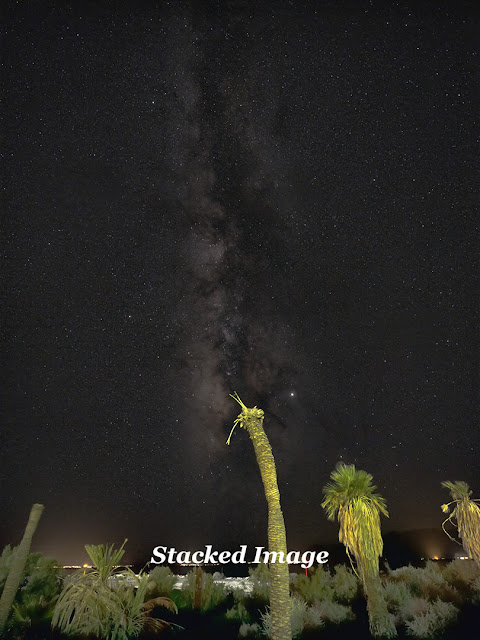 The final sample is the finished result of processing in Photoshop. 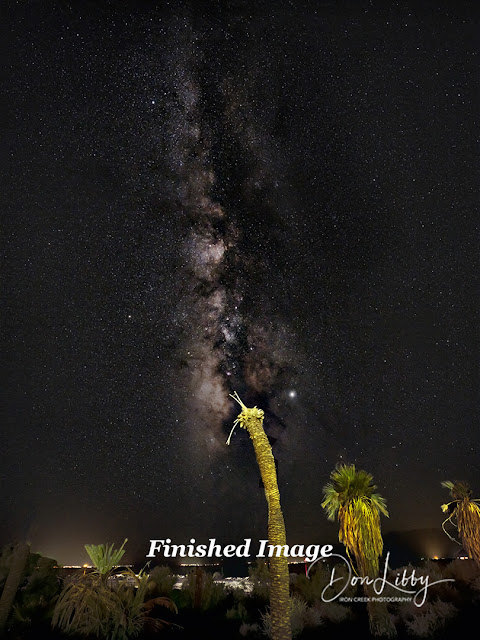 Thank you for visiting and as always your questions and comments are welcome.
Don


Posted by ironcreekphotography at 9:24 AM