The title really should be Capture Integration's First Annual Pig in a Blanket Workshop. 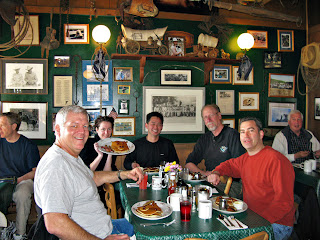 I left Tucson headed for Carmel to join my very good friend Ken Doo to help him host our good friend Chris Lawery of Capture Integration. Chris traveled from Atlanta GA bringing the new Phase One P65 to show us and put it though its paces thinking that if we could find any flaws no one else can; the only flaw we found was that Chris took it back with him when he left. 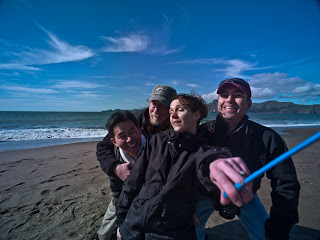 Mariah, Ken, Don & Chris
The core group of photographers were Chris Lawery, Ken Doo, Mariah Carle, and myself. We were joined at different times by Paul Indman and Scott Hoerner as we photographed in and around the Big Sur area. Actually we photographed from San Francisco South into Big Sur in all conditions from light drizzle, cold blowing wind right off the water to standing on the rocks on the beach without one incident of failure.

The core list of equipment used is rather extensive including approximately 3 Phase One P45+ and 1 P65 digital backs, 3 Phase One 645 AFD III bodies, a Horseman, 2 Cambo RS 1000 and the list could go one for more. At one point as everyone was together shooting at Pheifer Beach we had 3 Cambo RS 1000's, 3 Phase One bodies and at least 1 Canon.

We worked hard, getting up at 530 in the morning and not getting to bed till 1230 in the morning for most of the time we were all there; poor Chris was up more than 24 hours the day he arrived. This of course doesn't mean we didn't play just as hard!

There are so many people I'd like to thank for showing up, sharing, working hard and playing hard that I'm afraid that if I start naming folks I might miss someone. So, thanks to everyone for making this the most (legal) fun I've had in a very long time.

Not withstanding what I just said, I will name two individuals that I think must be named; Dave Gallagher, owner of Capture Integration whose leadership instills the quality of customer service that Capture Integration is well known for. And Jack Flesher of GETDPI who stopped by and not only shared breakfast with us but taught an impromptu class in Capture One; thank you very much Jack - who said you can't teach an old dog new tricks?

I went to this thinking that while I'd have a great time I probably would not come away with any decent images, meaning none that I'd put in our gallery; I found within the first 24 hrs I was wrong.

I've attached some images from the trip and I hope you enjoy them. Ken and Chris both are in the process of adding their thoughts in their blogs so I invite you to check on their websites.

Did I have fun? No I had a Ball! Did I learn anything? Of course. 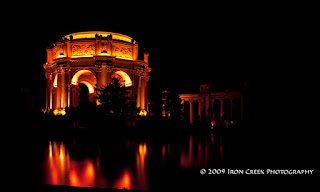 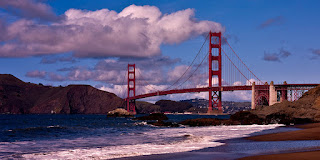 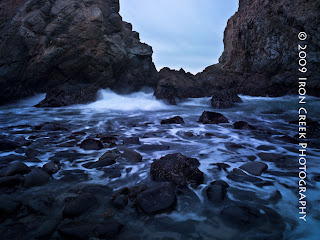 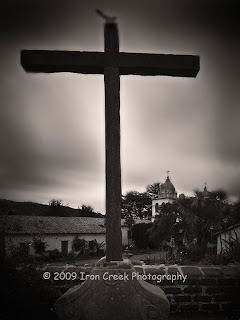 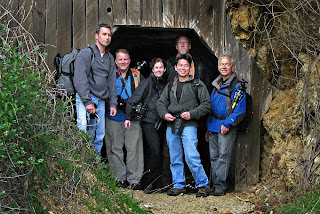 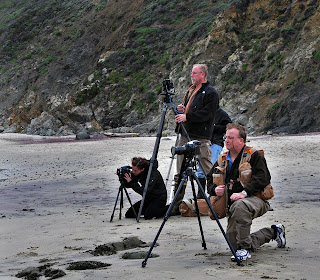 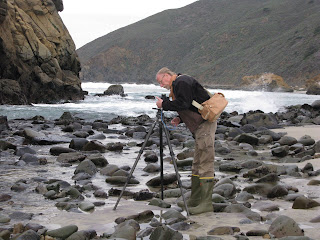 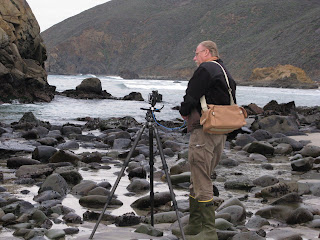 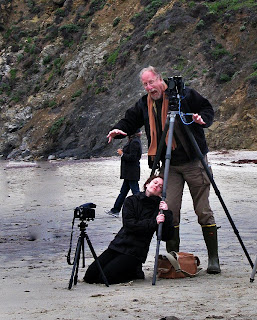 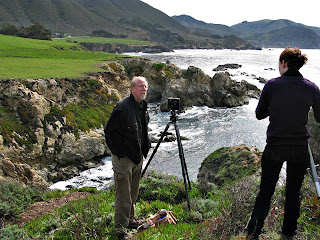 Sandy & I are off to beautiful Monument Valley next week so keep checking back for updates.

Don
Posted by ironcreekphotography at 1:16 PM