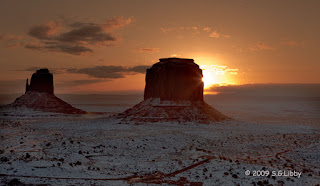 "This Navajo Tribal Park is part of the Colorado Plateau and is called Tse' Bii' Ndizisgaii, or Valley of the Rocks. With an elevation of 5,564 feet above sea level, Monument Valley stretches across Arizona and Utah with 91,696 acres." [Quote taken directly from the Navajo Parks and Recreation Department.]

Many a western has been filmed here and you just can't look out over the Valley and not be reminded of two of the greatest Johns - John Wayne and John Ford. Of course Chevy Chase was here as well when he filmed "Vacation".

We've loved it here since our first visit enjoying not only the stunning landscape but the very friendly people. Up till approximately six months ago the closest you could stay was a couple miles down the road at Gouldings Trading Post however that's been changed since "The View Hotel" opened for business. We suggest you visit www.monumentvalleyview.com for full details on this beautiful hotel.

We were greeted with howling winds and blowing dust which later in the evening turned into snow. Of all the times we've visited Monument Valley we've never encountered snow so this was a real treat.

We'll attempt to update the blog at least one more time before leaving.

We hope you enjoy the images. 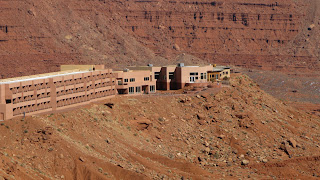 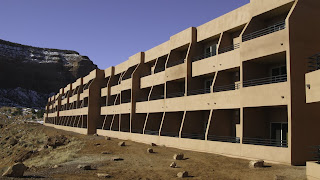 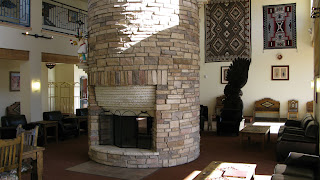 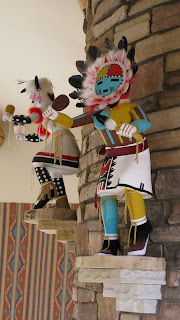 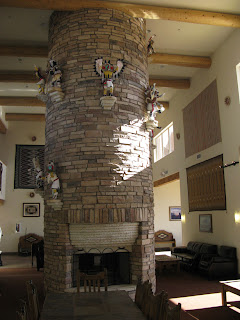 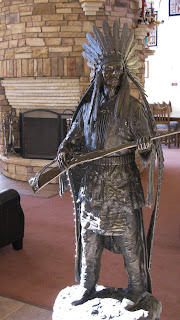 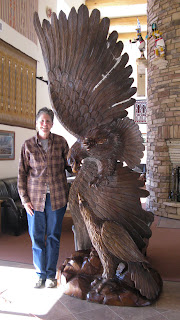 Sandy standing near a bronze eagle 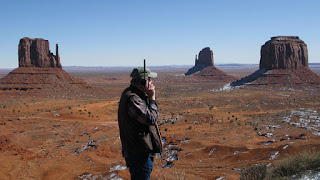 Don making a call from the studio 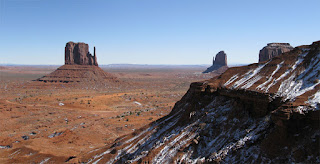 Posted by ironcreekphotography at 1:28 PM