After looking out and seeing beautiful clouds we decided to pack up the cameras and take a drive. After stopping in Winkleman for gas and water we decided to take Rt 177 towards Superior then on to Roosevelt Lake and the Lower Tonto Cliff Dwellings.

There's a short stretch of unpaved road just outside of Superior named Apache Leap Rd that runs approximately 3 plus miles; not having been on the road in some time we decided to see what it looked like. 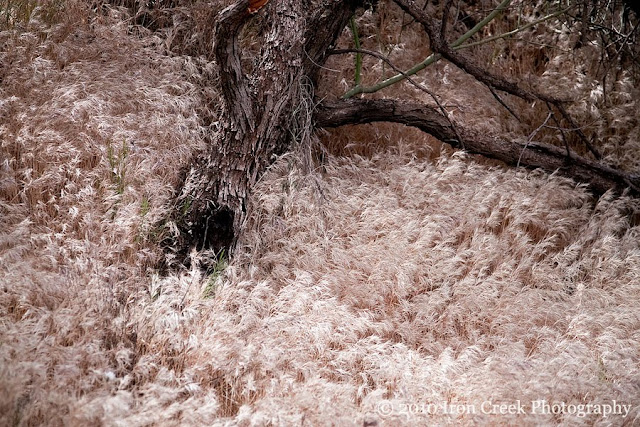 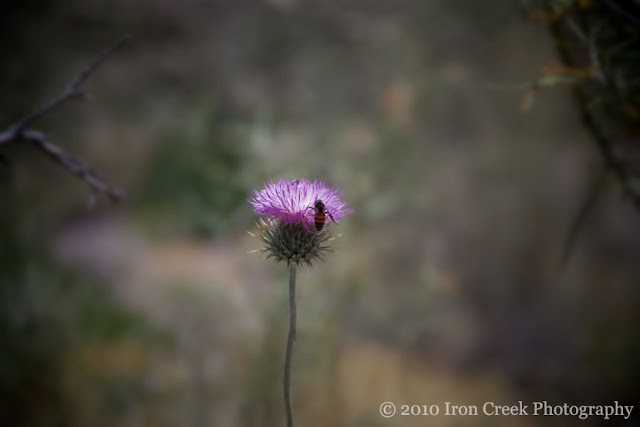 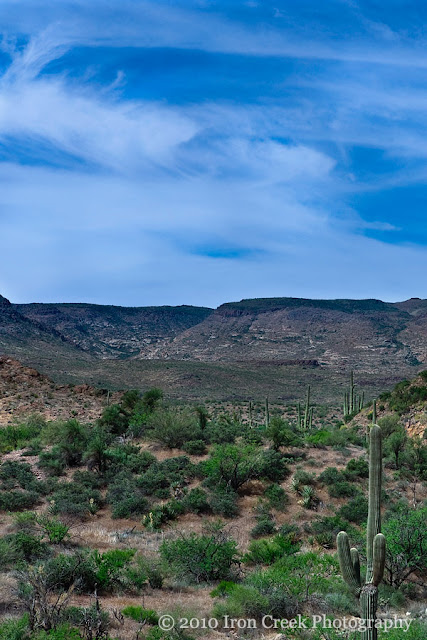 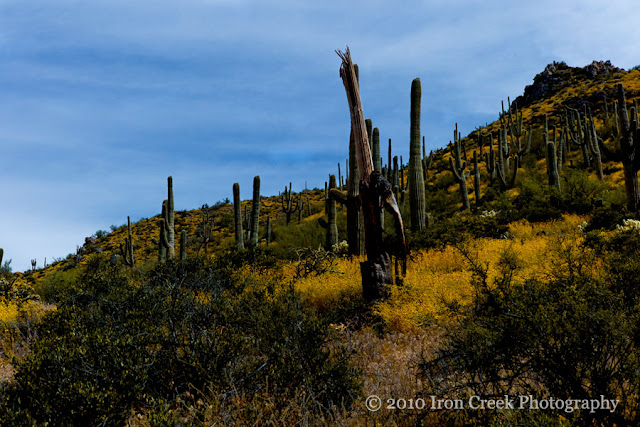 Leica M9 Summicron-50mm f/9.5 1/500 ISO 160
Since we got a late start and stopping off at Apache Leap Road on the way we arrived late morning at the Tonto Cliff Dwelling. As soon as we got there we were informed the cliff dwelling itself was closed due to a swarm of bees that had been hanging out for several days however the 1/2 mile trail was opened till just prior to the entrance.
The trail to the cliff dwelling is approximately 1/2 mile long and paved with benches located about every 500 feet; the climb up is approximately 350' and steep at times. We'll go slightly off subject here for a short rant. Take water! We ended up giving away 2 1-liter bottles of water to 2 different people. People see that the trail is only 1/2 mile long and figure they can make a return trip with little to no water. They forget how steep it is (you can see the trail from the Visitor's Center and see the climb). There's an old saying here in the Southwest - Hydrate or die. If you stop sweating it's too late - if you get thirsty it's too late. Please remember to take plenty of water with you. (Don had a 2-liter Camelbak as well as 2-iliter bottles in his cargo pants and Sandy had 2 1-liter bottles.) Okay end of rant.
The wildflowers had all but disappeared here leaving just a small amount of color; we also noticed the Saguaros in the very early stages of crowns on their tops. 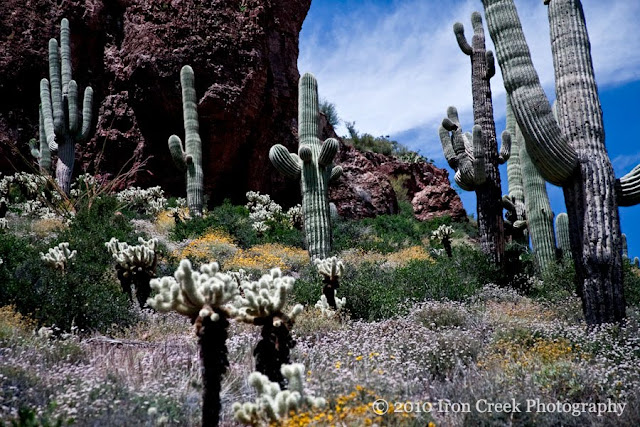 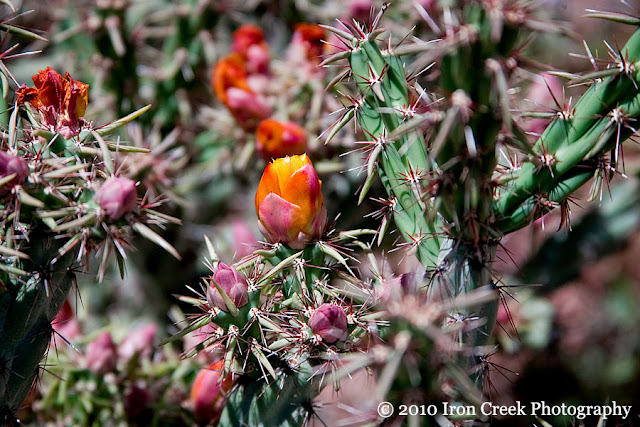 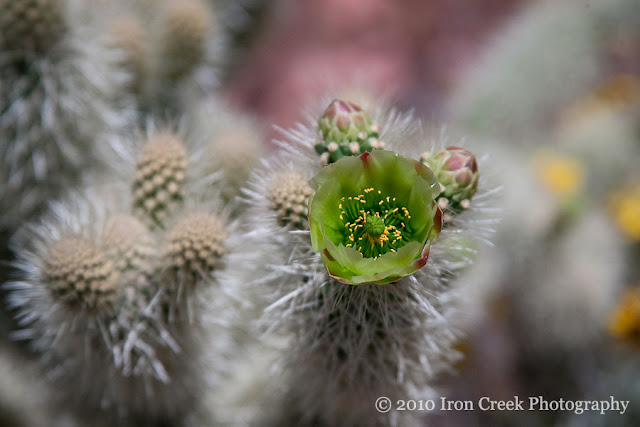 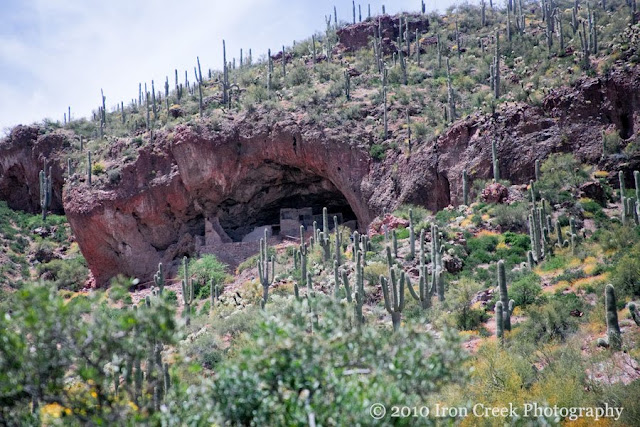 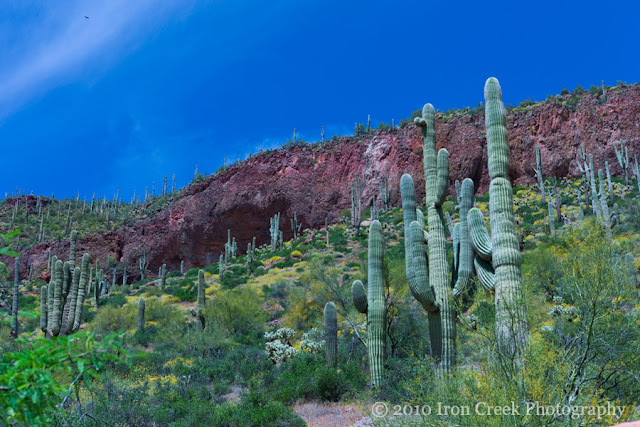 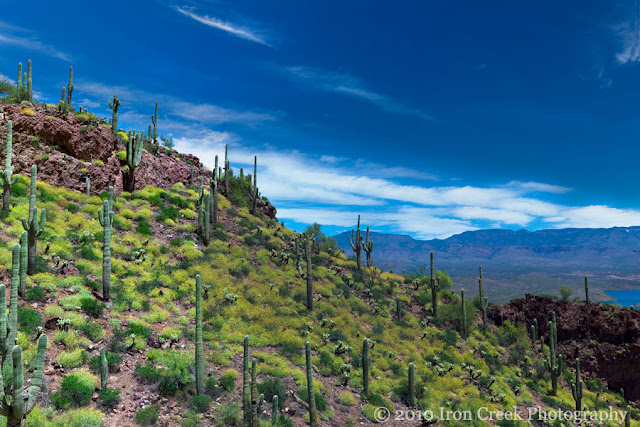 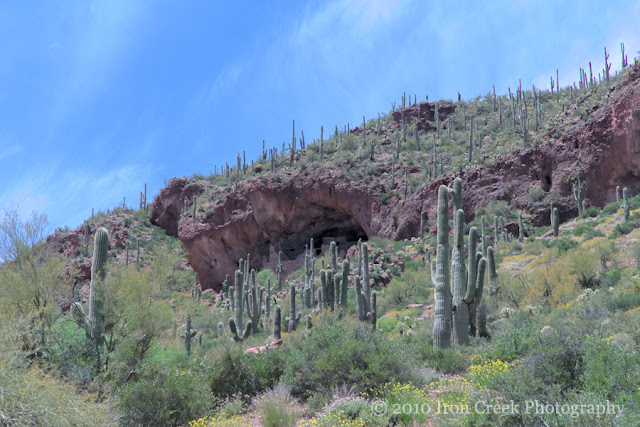 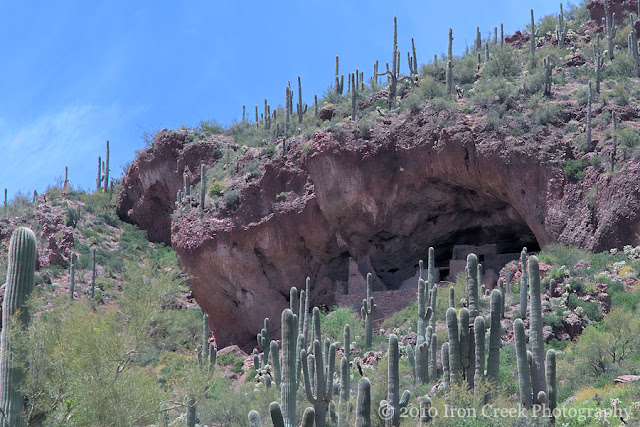 We'd like to thank you all for visiting and just a reminder that your comments are always welcome.