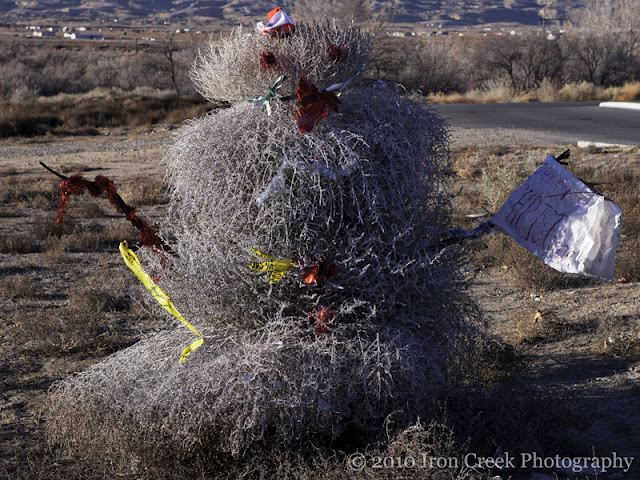 We left Farmington/Shiprock NM area early Tuesday after spending 3-days shooting in great weather. Sandy & I were at breakfast Tuesday morning and received a weather advisory saying to expect winds in excess of 50MPH with gusts even higher. We took a look outside the window and saw clear blue skies both agreed that the past couple of days were as good as it would be and decided to cut our stay by 2-days.

Normally I say the worse the weather the better the images however with winds at 50 MPH and higher gusts, we'd have conditions that just wouldn't be safe for either us or our equipment. Besides we need to be able to see to capture images and with all that dust and dirt blowing the visibility would be cut drastically. We did however have 3-days of great shooting conditions so we can't complain.

We're back in Tucson now and will continue to work on the images from both Shiprock as well as the Jackson Hole area. Christmas is right around the corner and orders for our DVD set are picking up so there's plenty to do here.

We have a simple shooting schedule for next year; we return to Yosemite late February and plan on stopping at Death Valley on our return leg. We also plan to return to the Jackson Hole area later in the year and in-between all this we have work scheduled here in Tucson. The plan is to have Volume III of our DVD released in the spring so stay turned for that.

Sandy & I wish to take this opportunity to wish everyone a safe holiday season and an even safer new years.

The image you see on this page was taken on our way out of Farmington. We had been passing this area everyday as we drove out to Shiprock and it wasn't until the last day that we noticed the "snowman" we call Scratchy. Scratchy is sitting in front of a firehouse in Farmington and made of tumbleweeds.

Sandy & Don
Posted by ironcreekphotography at 11:16 AM