Phase One P65+ on a technical camera Part IV 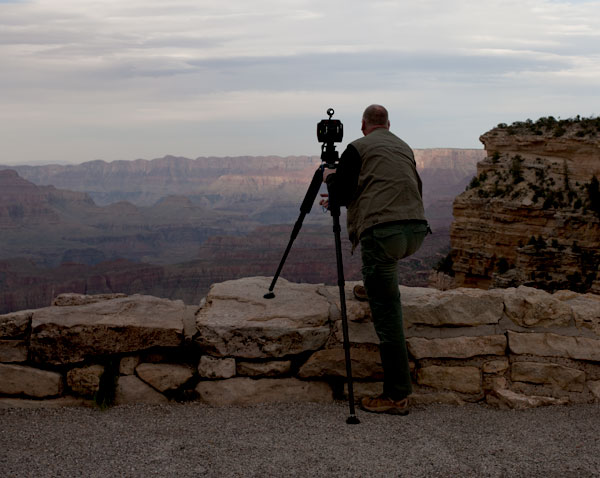 Looking out over the South Rim
Canon 1DsIII
I go whenever possible to locations I've shot before to test new lenses or cameras and this trip was no different as I've been shooting the South Rim of the Grand Canyon for many years.  I've captured the South Rim with 35mm cameras as well as each medium format I've owned both film and digital.  I've now had the pleasure of capturing this area with 3-different Phase One digital backs P30+, P45+ and now the P65+.  While the trip was primarily a way to test and get comfortable with the new back we believe we came away with at least one new gallery image.
The images included here are the result of shooting 5-images with a Cambo WRS1000, Schneider 35mm (with center filter) and a Phase One P65 digital back with a LCC shot prior to each image.  The camera was set in portrait mode.  Each image captured was taken at 5mm intervals beginning with center then outwards left to right.  The LCC captures were corrected in C1Pro using Lens Correction along with "Color Cast", "Light Falloff", "Dust Removal", and Chromatic Aberration analyzed. 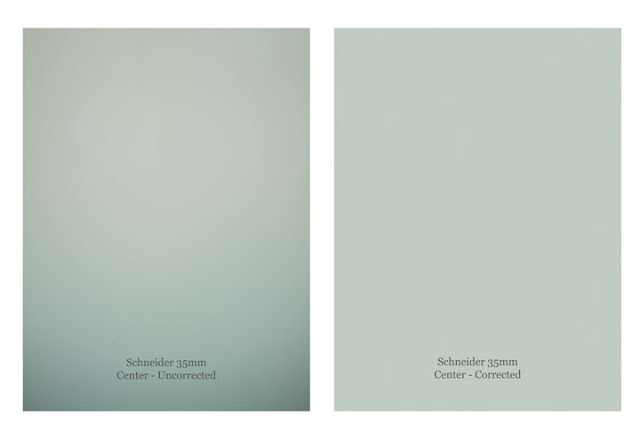 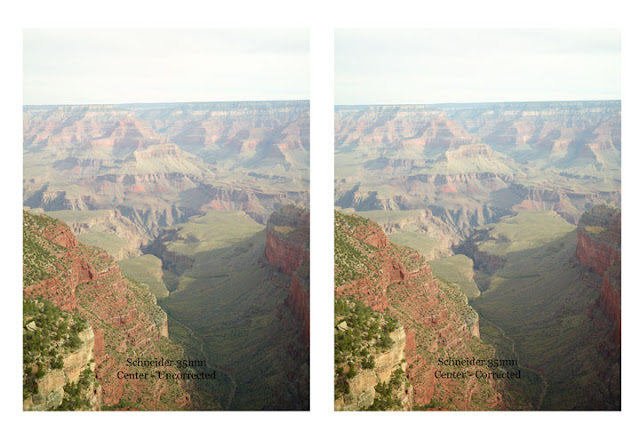 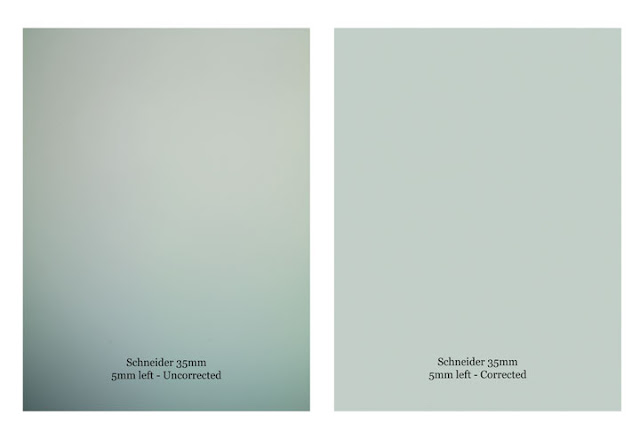 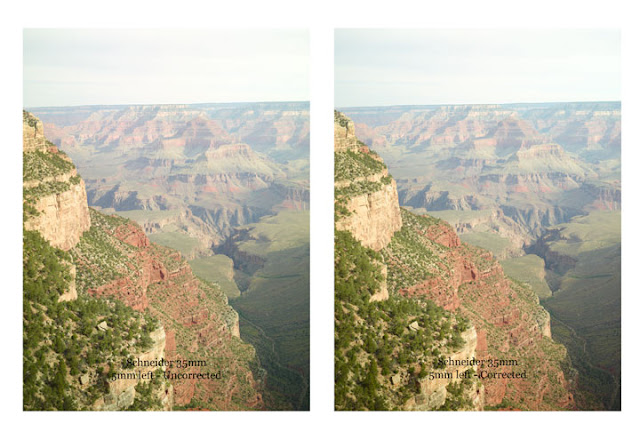 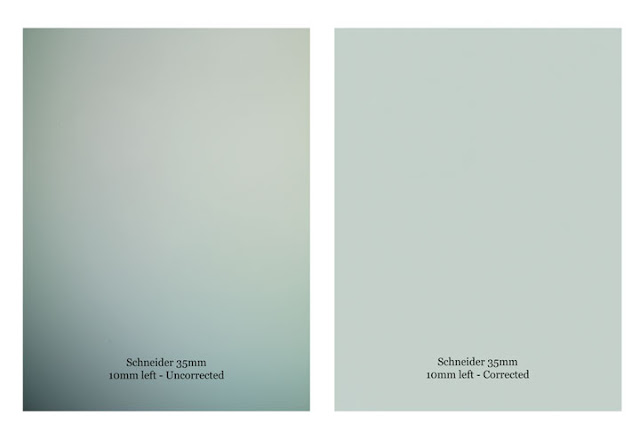 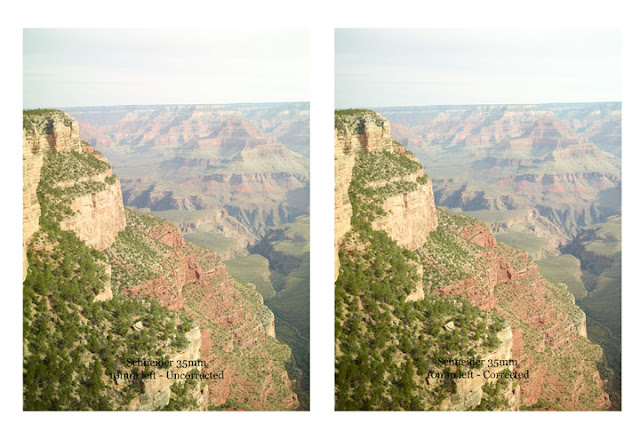 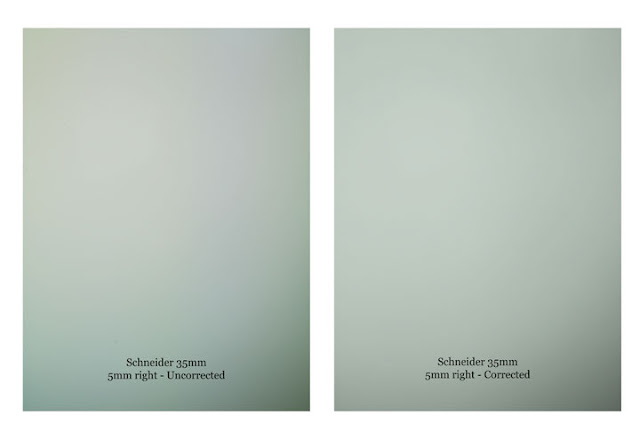 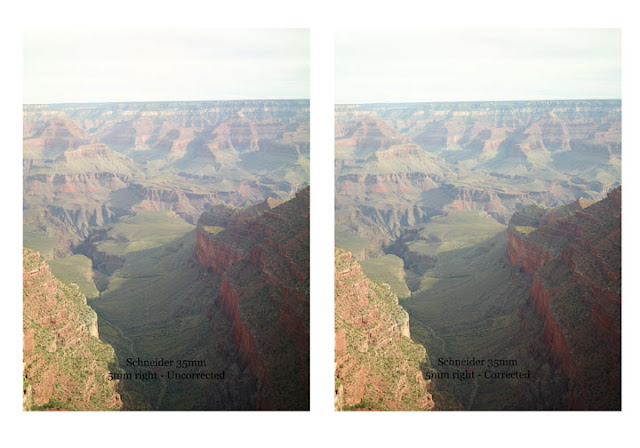 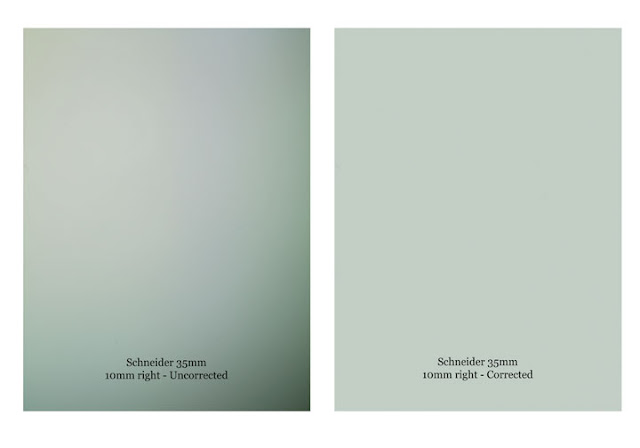 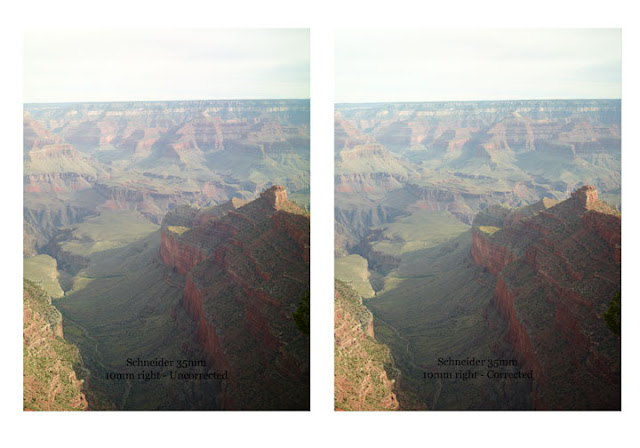 10mm right
I routinely use Photomerge directly from CS5 Bridge in order to keep the images 16bit.  Admittedly shifting 5mm is a bit of overkill however I wanted to see exactly what happens.  If I were to actually shoot a panorama for a print I would, based on this test shot a total of 3- center and 10mm either way. Each native image measures 22.44x29.947 with the end result of a native merged image measuring 39.06x29.987. 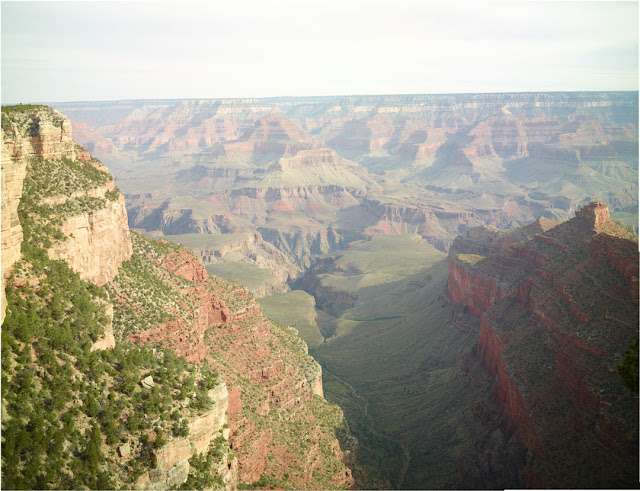 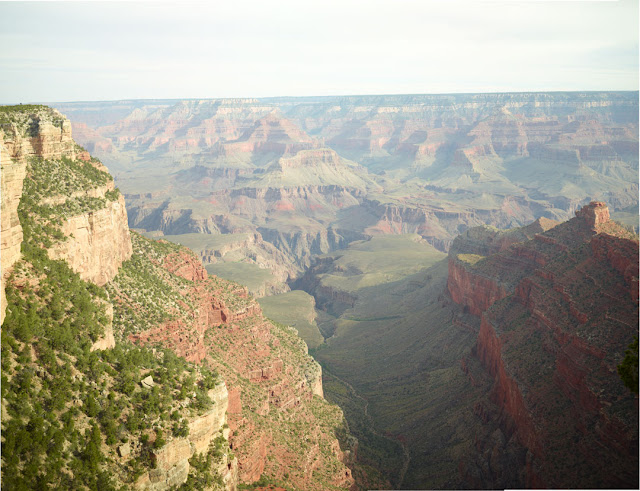 LCC corrected photomerge
To summarize the workflow for these images:


Using C1Pro perform an analysis (in this case "Technical Wideangle) along with Color Cast, Light Falloff and Dust Removal.


Once the LCC is performed apply it to the image.

Save image for Photoshop processing


The images used here are samples from the test I did at Pipe Creek Vista. The sole purpose of these captures was to see just how well a finished image prior to any real post processing would hold up. The processing done on these images was solely intended to correct any color cast light falloff and dust removal prior to merging into one cohesive image. Based on image review any further processing would more than likely be in black & white.


We shot the sunset at Mather Point later in the day and got much better color results. The sole purpose of shooting this day was to use the 35mm lens in any and all conditions; later in the day I had wished I had used the 72mm but that'll be the topic of another post.


In future posts we'll be sharing the results of sunset images from Mather Point shot with the P65+ as well as Sandy's Canon 1DsIII and thoughts and images from our hike to Ohh ahh Point on the South Kaibab Trail where we used the Leica M9 and 1DsIII.

Posted by ironcreekphotography at 12:01 PM