I had a conversation with Chris Lawery while on the way home from the South Rim of the Grand Canyon recently; part of the conversation centered on my thoughts and feelings of Cambos newest technical camera, the RS 1000.

I’ve recently made a move from what was my primary camera kit, Phase One AFD III and P30+ to a technical camera. I was able to test the RS this past October while at the North Rim of the Grand Canyon and the test, as short as it was sold me on the camera. Coming back home to Tucson I returned the test camera to Capture Integration and immediately ordered one along with a 35mm lens.

I’ve had my RS now for just shy of 90 days and while it’s a short time I will state that I believe it to be one of the best landscape kits I’ve ever had the pleasure to either own or use.

It’s the end of December now and as I’ve already said above, I’ve used the RS1000 on two different trips, both to the Grand Canyon and on numerous occasions around Tucson. The next major trip for me is at the end of January 2009 when I travel to Crescent City CA to photograph the giant redwoods and do some coastal imagery as well. I plan on using the RS in the redwoods and probably switch to the Phase One AFD III for the coastal shots.

In moving to the Cambo RS1000 I also had to make a move from the digital back I had previously used, a Phase One P30+. The P30+ had served me well during the time I had it allowing me to capture stunning landscapes throughout the Southwest as well as our recent trip to Alaska however it just wasn’t suited to be mated to a technical camera. I had originally looked at and almost brought a Phase One P45 when I was researching my first digital back but for whatever the reason had decided to purchase the P30+, a move I never looked back on nor regretted. Now with making the move to a technical camera I knew from my research I would be faced with either keeping the P30+ and buying another digital back – a move that just wasn’t financially smart or using the P30+ as a trade-up for the P45+ which I did. Speaking of digital backs, yes the P65 looks great and yes I’d take one in a heart beat if given one (okay there’s a big hint Phase One) however there’s that financial thing again.

One last comment about the Phase One P30+ back as I don’t want to give the impression that it failed me in any way. This back allowed me to produce a 2-shot image later merged into one panorama at 30x60 which is stunningly clear in ever aspect. The image is so well regarded that it only hung on display at our gallery for one week before it sold. And yes I see the same level of detail in the images taken with the P45+. So here’s the end of this part – if anyone is thinking of buying a P30 or P45 my suggestion and recommendation is do it! And to be completely honest and aboveboard you need to contact Capture Integration and no I don’t work for them nor do I own any stock in the company.

It's All About the Nodal Point

There’s been a heck of a lot written about the Cambo Company and just about all of it is very good. Cambo has a body, the WDS that has been around for quite awhile. The WDS allows one to shoot both digitally or with film. While in the early stages of my research I had contemplated the WDS and in fact was on the verge of ordering one. The WDS has one drawback that affects my workflow; I like taking multiple images then using Photoshop CS4 to produce large, in your face panoramas. It’s all about movements and the lens nodal point in producing the type of an image I take and that was the Achilles heel of the WDS - the movements. While the WDS offers movements it does it at a sacrifice of moving the lens. The back of the WDS offers left and right movements while the rise and fall are on the lens itself thus introducing the possibility of error. This still would be a better solution to what I have been using with my Phase One 645; I normally use a Really Right Stuff Ultimate-Pro Omni-Pivot Panorama kit to accomplish this. Please don’t take this the wrong way as RRS makes some incredibly great photographic gear (just look at my bank account). I’ve used the Omni-Pivot to capture great images with both my 35mm and medium format however it can’t compete to what a good technical camera offers.

Cambo made a decision to design a camera body similar to the WDS but to make it strictly for digital. What they came up with was the Cambo RS 1000, a body that has a smaller footprint than the WDS with all the movements at the rear.

Here’s an exercise anyone can do who isn’t clear on the concept; take your left hand and make a circle with your fingers; that’s the lens. Now with your right hand held open place it next to your left hand and move only your right hand. If you did it the way I hope you did that demonstrates the digital back (your right hand) making all the movements (left, right, up and down) while the lens (your left hand) stayed in one place. You wind up using what is called the lens circle to its fullest while keeping the lens stationary; achieving a rock solid nodal point on your lens eliminating distortion of your images.

Multiple images taken with the Cambo RS 1000 then later processed into one panorama gives you a workable image file that is well over 99% usable. I’ve actually achieved image files using both a single row two image as well as two rows, two columns that once Photoshop had completed the merge that at least one side and more that likely two were perfect while the other two sides had a partial row of less than ½ pixel missing.

Before anyone starts, this image is an example only, prior to any LCC being done; I want you to see the amount of white showing on the top, left, and bottom so please don’t be up off by the color shift. 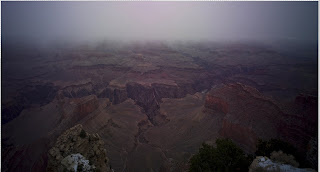 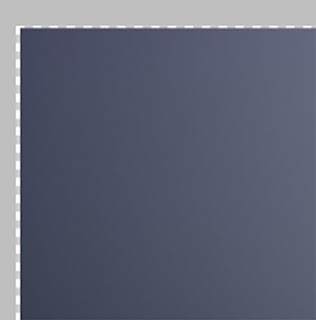 I’m still in the process of obtaining large panoramas of the southwest and am also testing the waters regarding layering multiple images each with a slightly different focus to achieve an image that is crystal sharp from my toes to the horizon, all the while using the Cambo RS 1000.

If I were asked my recommendation I would offer the following based on my experience: If you want to take stunning images of landscapes think very hard about the Cambo RS 1000 – it won’t let you down. If you want a backup camera (I refer to this as my point and shoot) get either a Mamiya or Phase One 645 AFD III. If you want the very best digital back money can buy – Phase One.

In closing here’s a rundown of my current landscape kits:

Digital Back:
Phase One P45+

Here’s a quick plug for Capture Integration. Call them and talk to them, after about two minutes you’ll see why they are the best. They care about not only selling the best equipment there is they care more about the person they sell to. Finding a good camera dealer (especially medium format) is much like a marriage – you both need to be in it for the long haul. I’m proud to call Capture Integration a friend.

Thanks for listening or in this case reading…

I also hope to be adding comments on both the new ability of Photoshop CS4 to perform auto blending as well as comments on Phase One's newest release of Capture One 4.6. Till then please remember that it's easy to leave a comment - just click the word "Comments" below and follow the instructions.

Posted by ironcreekphotography at 12:49 PM