On the road to Alaska!

It’s May 15th and we’re finally on the road to Alaska. This trip has been at least 3 years in the making with at least as many changes in routes, times, vehicles etc. We first came up with the idea of the trip in 2004 in-between Don and Sandy’s retirement. First thought was to drive up in our truck without any type of RV. The first change came when we bought a small travel trailer in late 2004 only to find it not compatible with what we wanted or liked to do. The travel trailer led a very short life being traded in early 2005 for a 5th wheel. We also decided to upgrade our truck in addition to the 5th wheel and decided to postpone the trip till the truck had some miles and we had gotten used to the new 5th wheel. So the original trip planed for August 2005 got pushed back to 2006. Somewhere along the line we came up with the bright idea of trading the 5th wheel in on a 36’ motor home. Great idea (for a little while). We took delivery of the egg shell (as we began calling it) July 2005 and actually kept it for over a year. We took our longest trip in it in August 2006 for 6 weeks going to Glacier National Park and working our way south. We started the trip with 4 working slides and ended the trip with 3. We used the trip much like a 6 week RV show stopping everyone we saw with a pickup camper and asking questions. Shortly into this trip we decided that just as soon as we returned we’d sell the egg shell and get a pickup camper. So, the 2006 trip to Alaska was yet postponed again. Enter October 2006; we’re back from the trip and ready to get rid of the egg shell. We had contacted Tom’s Camper in Tempe AZ and spoke with the owner. Within a short period of less than 2 weeks after our return from the trip we had gotten rid of the bus and became proud owners of a Lance pickup camper. We learned a valuable lesson, much like boats; there are only two really great days in owning a Class A, the day you buy it and the day you sell it.

Being landscape photographers photographing in optimum light is a must. We found out the hard way that it just wasn’t feasible to be close to where we wanted to photograph, say sunrise without having to find a place to park a bus then drive sometime up to 90 minutes to capture the light. [Remember, these buses weight around 36,000 pounds and can’t be parked just anywhere.] Added to the fact that a single windshield wiper cost in the neighborhood $50. And while we had a diesel we still got somewhere around 5MPG. Enter the Ford F350; loaded with the Lance we are getting close to 14MPG.

We took delivery of the Lance Oct 2006 and knew immediately that it fit us just fine. Since then we’ve traveled to FL and return; taken a trip to Texas; and lost count of the trips to Utah. Life is good! So to make this long story shorter, the original 2005 trip that was postponed to 2006 is now a reality, we’re finally on the road!

We want to say thank you to the following folks who have helped up get this far.
Oracle Ford in Oracle AZ for having an outstanding dealership not to mention a kick-ass service department.
Tom’s Camperland in Tempe AZ who helped us see the light and get us into our Lance camper.

We’re currently staying at Distant Drums RV (a great place and one we call our home away from home) traveling north to St. Mary MT where we plan to spend at least a day in and around Glacier Park before heading into Canada. Once in Canada we’ll work our way to Dawson Creek and take the ALCAN into Fairbanks. We’ll be in Fairbanks long enough to get our oil changed and tires rotated and visit the Artic Circle. Denali National Park is next where we plan to camp for at least a week before heading to Homer.

The plan is to update with information where we are and add photos and maybe a short video whenever we have internet access so come back and check the updates. Feel free to comment if you want. 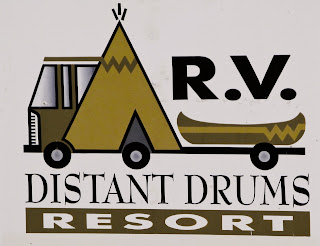 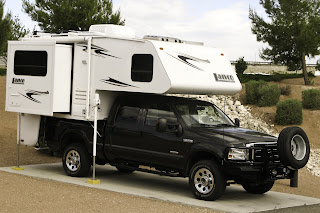 Posted by ironcreekphotography at 5:45 PM

New comments are not allowed.