Return to The Palouse 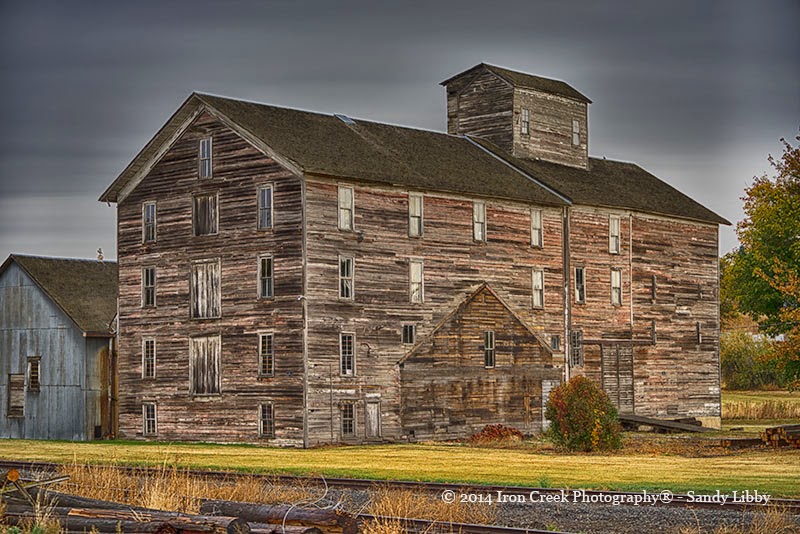 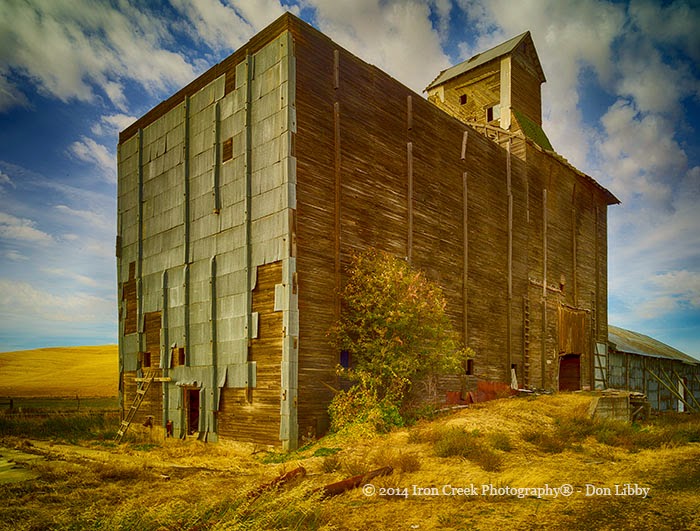 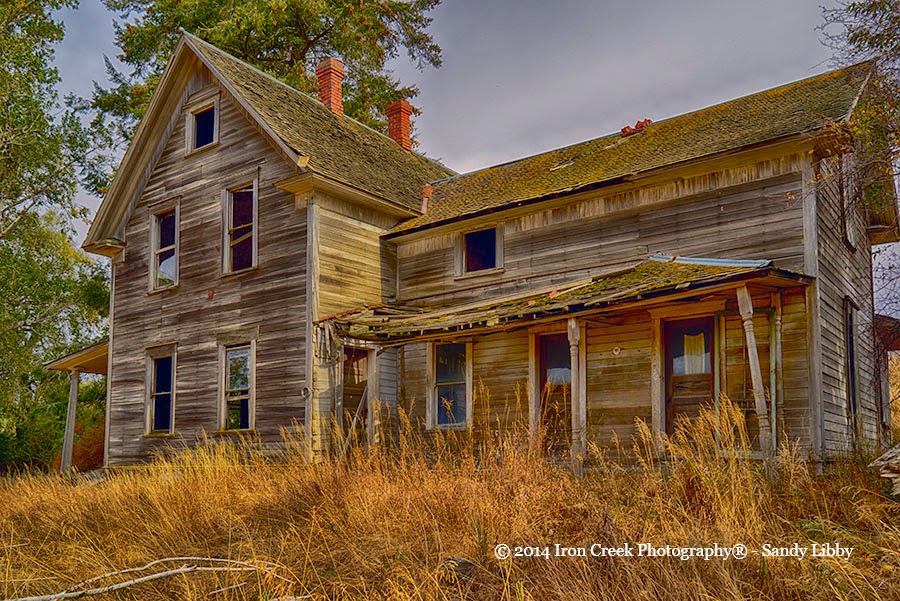 Sony A7r FE24-70 (29mm)
After only having one-shooting day in The Palouse earlier this year we decided to return to see what early fall would bring.  The plan was to spend at least 4-days shooting and scouting using whatever equipment we had available to capture the best possible image we could.  The good news was that the weather cooperated for the most part giving us 2-days of beautiful cloudy days; 1 day with heavy overcast and 1-day of rain. 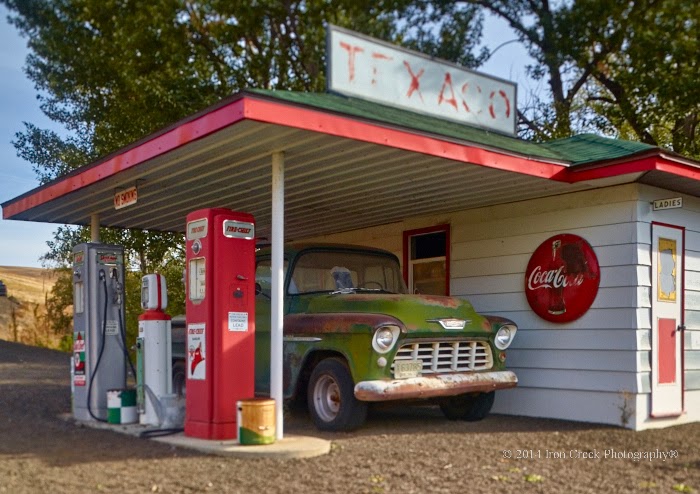 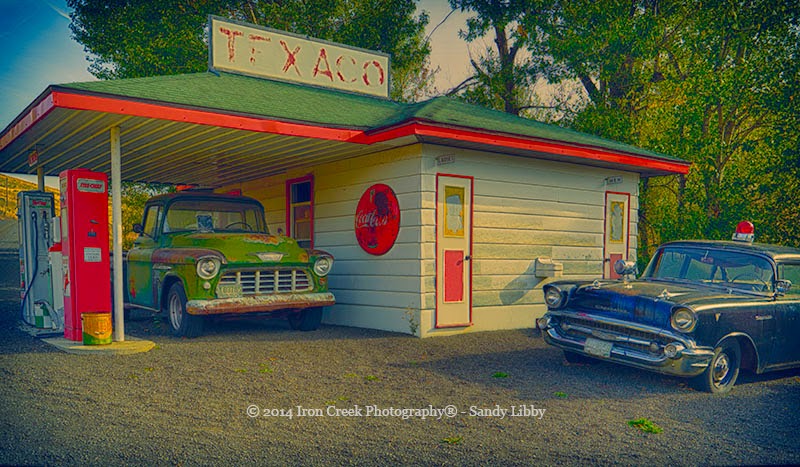 Sony A7r FE24-70 (29mm)
I strongly suggest you do a Google on "The Palouse" if you are unfamiliar with either the name or location.  As we stated before, this is a landscape photographer's paradise.   Rolling hills which go on forever, various shades of color and beautiful cloudy days.  Thrown into this is a mixture of old abandoned buildings and railroad tracks and you soon see what the attraction is. 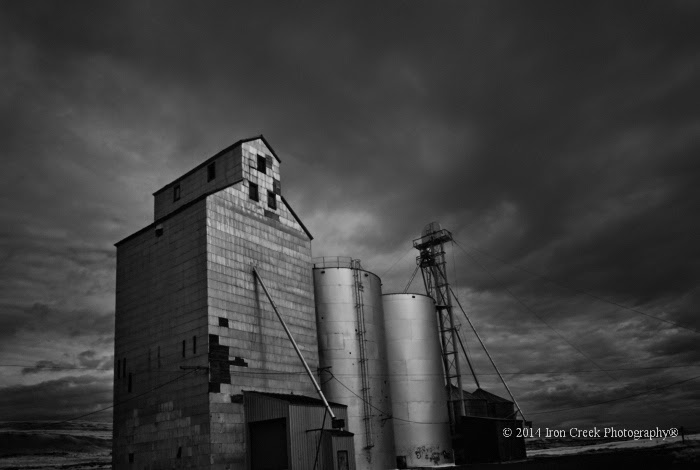 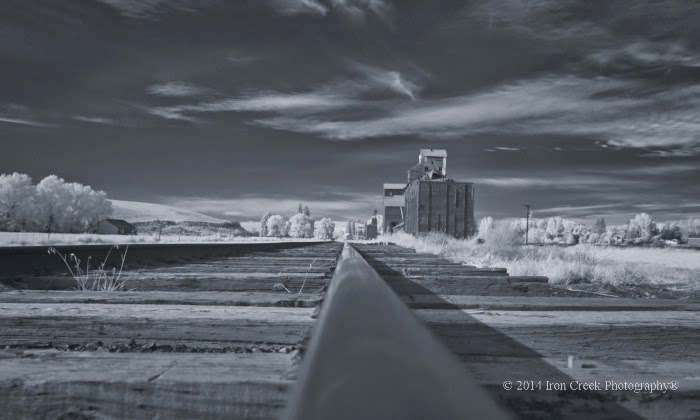 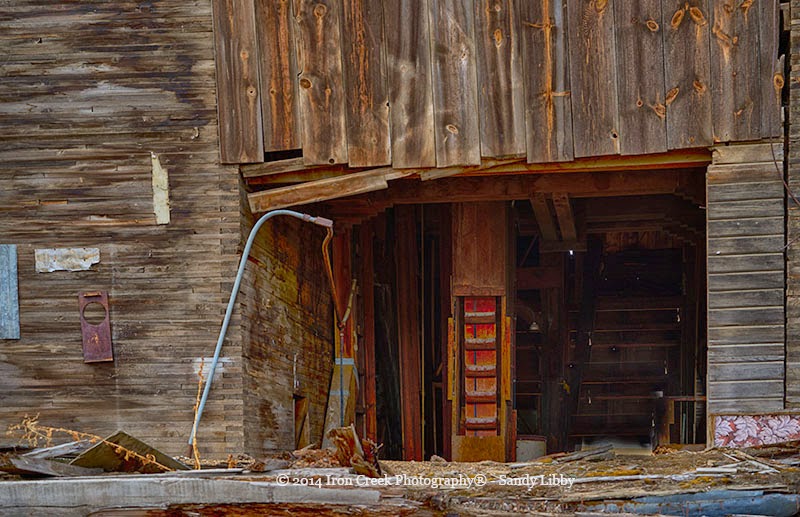 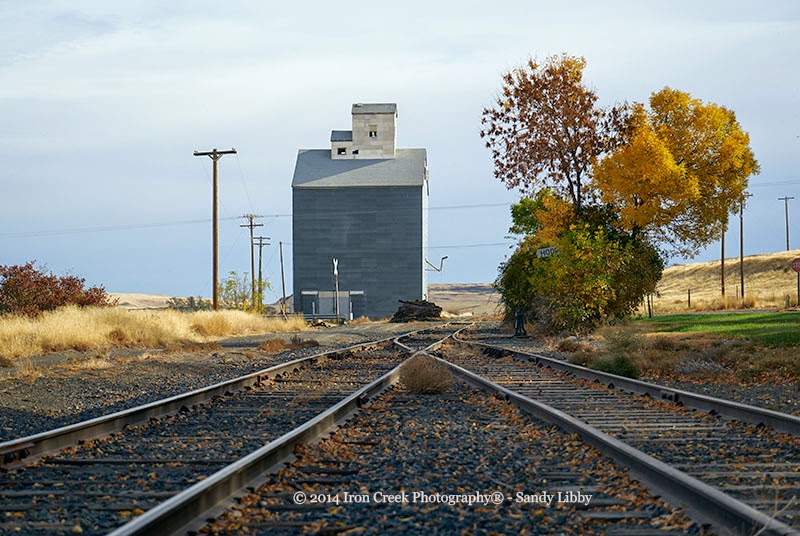 Sony A7r FE24-70 (70mm)
Sometimes you need to listen to the image as you process it.  The following image is of an old abandoned farm house that was captured using a 830nm filter; it looks so much better with a sepia tone than black and white. 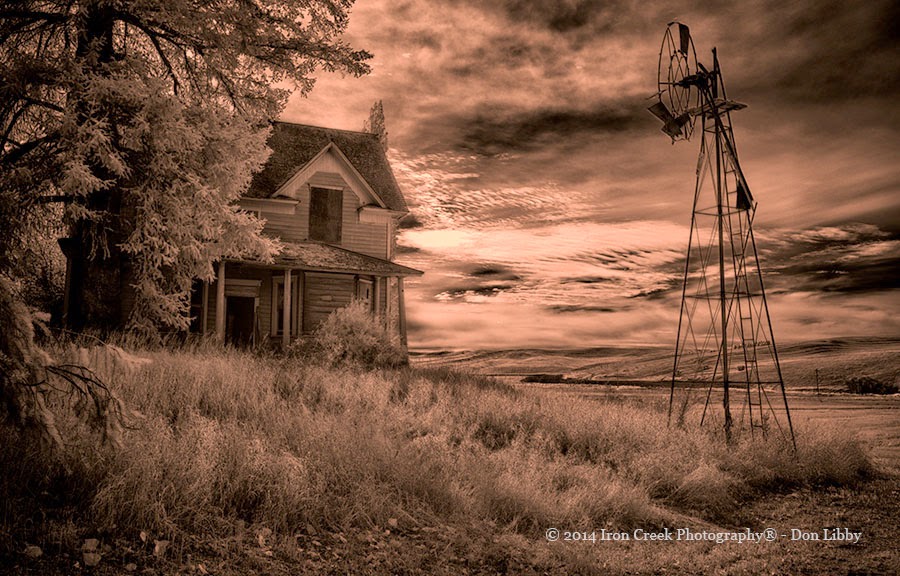 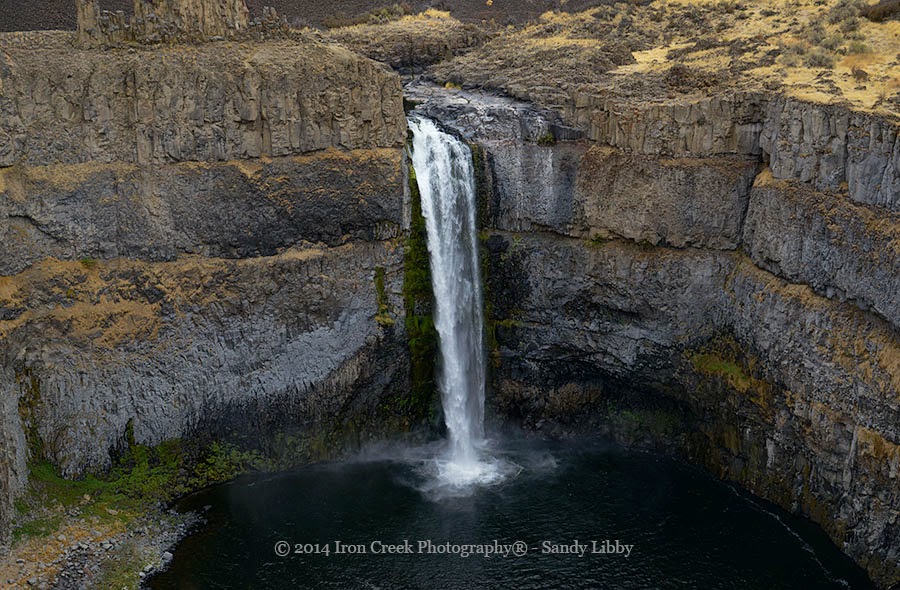 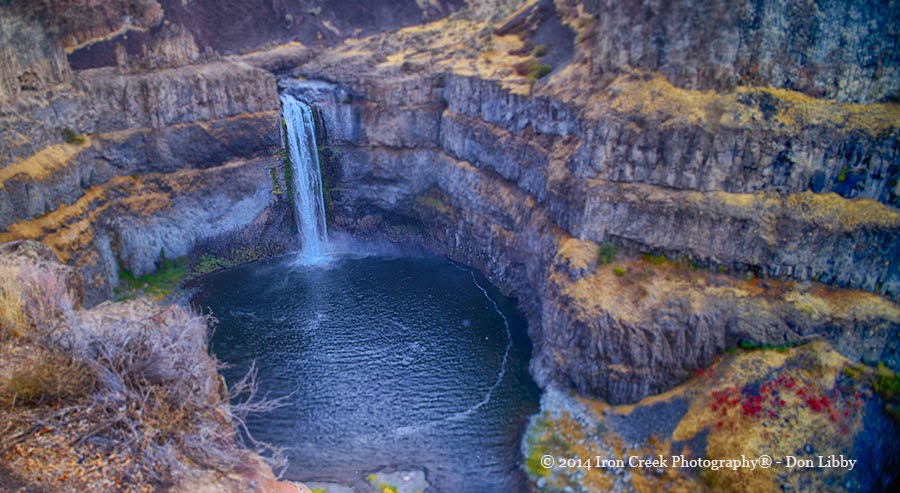 Phase One DF/IQ160 and a 45mm Hartblei Super-Rotator
2-shot image shifting left to right
We ended up shooting a combination of color and infrared using Sandy's Sony A7r, Don's Sony A7r converted to capture full spectrum and his Phase One IQ160 digital back attached to either a Phase One DF 645 camera or a Cambo WRS technical camera. 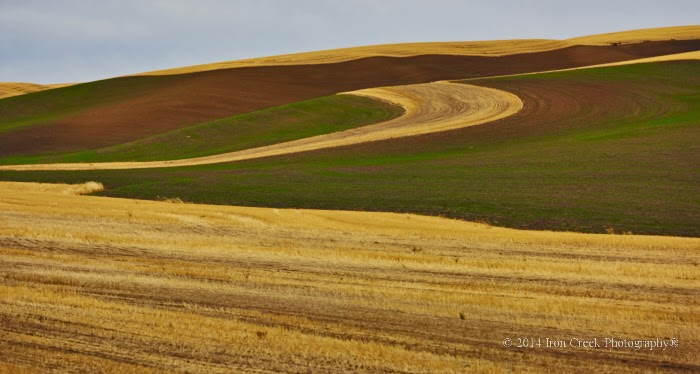 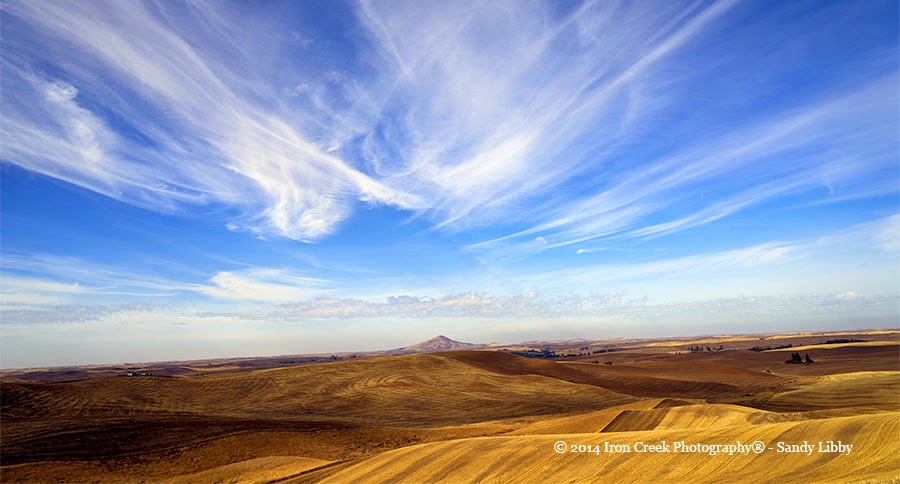 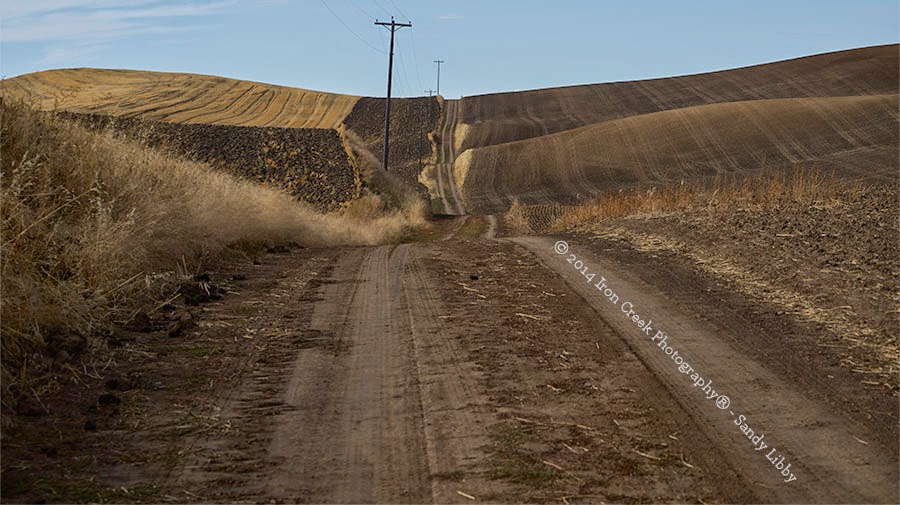 Sony A7r FE24-70 (70mm)
We traveled on both paved and dirt/dusty roads in search of the perfect image.  During our travels we found an old gas station, as well as a flour mill, old family houses and old grain/seed storage buildings; some still in use and at least one that was being dismantled. 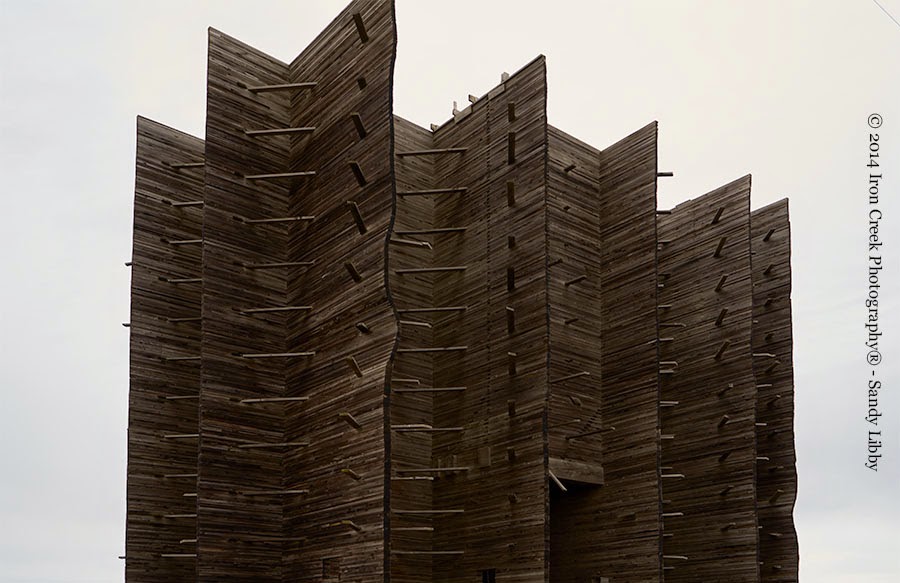 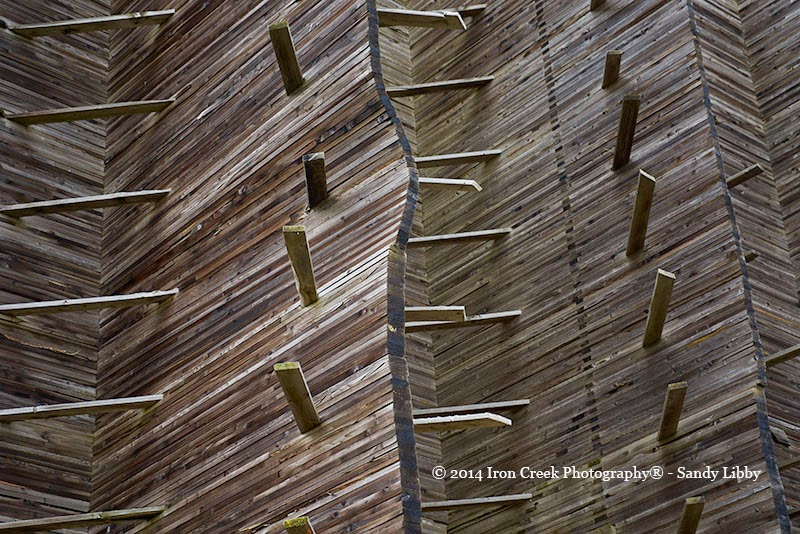 We quickly noticed there was little change to the colors of the hills as they still showed a mixture of light to dark browns and gold and yellow.  We did see the addition of greens from a late planting that added to the overall color palate.  While it was fall, there was little evidence of any fall colors due to the lack of trees; yet where they were it was indeed colorful. 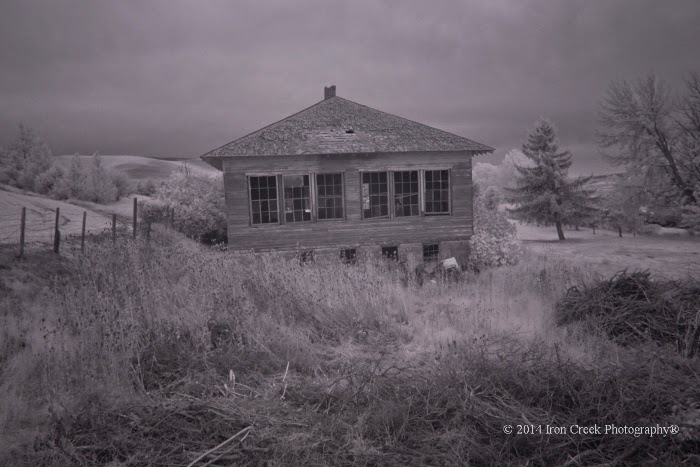 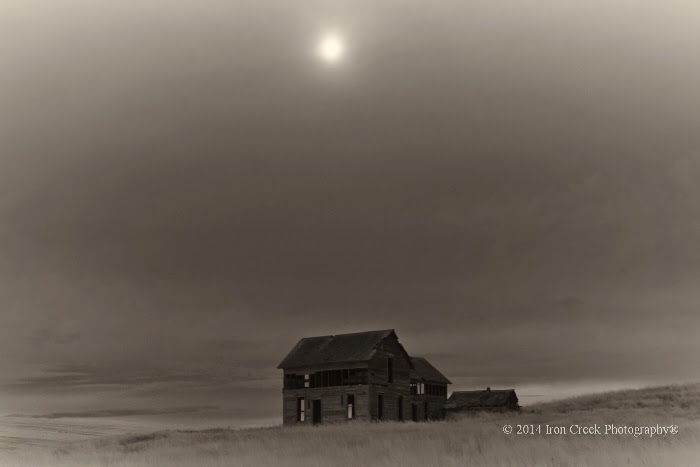 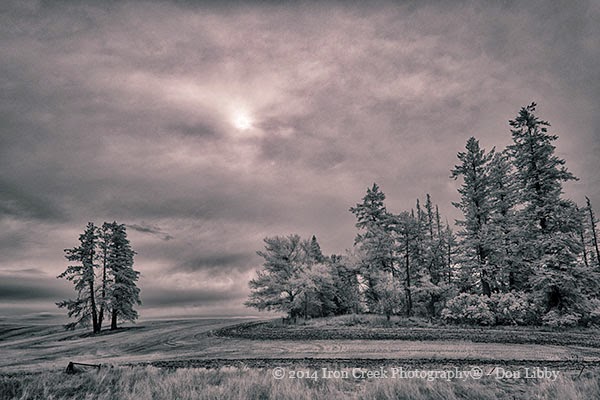 We've now visited The Palouse in late summer and mid fall.  We'll be returning next year to catch mid spring and early summer when the fields become alive with colors and the farmers begin their harvest.  We might even run up in the winter to see the fields covered in snow.  Maybe...

You might have noticed 2-images using the Hartblei 45mm Super-Rotator medium format lens.  While both samples were taken with the Phase One DF camera and 60 megapixel IQ160 digital back, I also used this on the Sony A7r IR with equally good results and will share those later.

﻿
Posted by ironcreekphotography at 3:36 PM