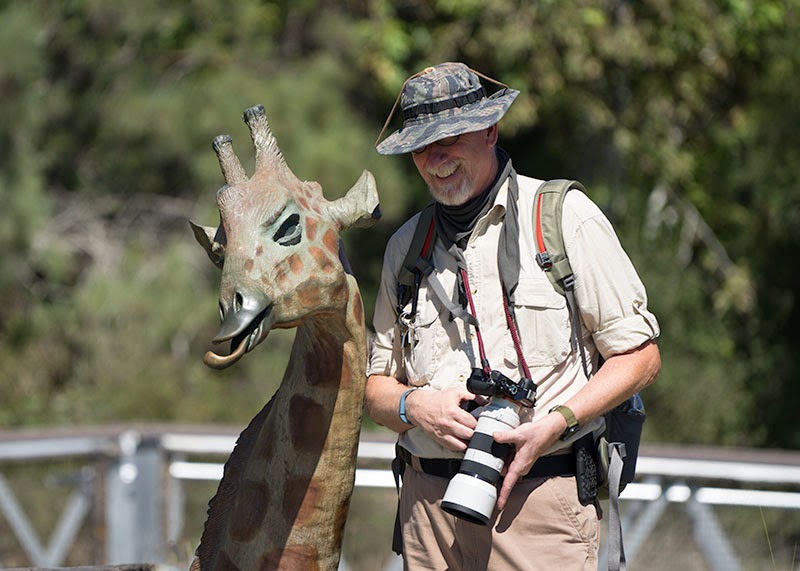 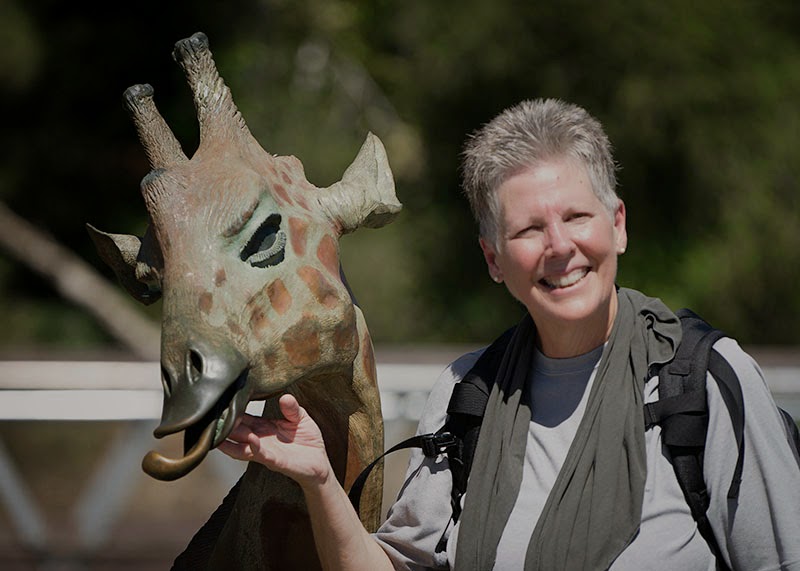 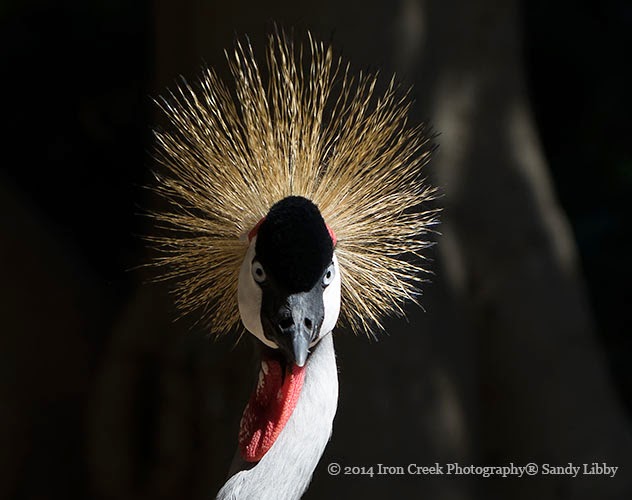 We've been thinking of going to for a number of years and finally went last month.  While planning the trip we wanted to visit either the San Diego Zoo or the Safari Park (or both) and ended up going to the Safari Park twice during our stay; it was that much fun.  Lions, Tigers,  Gorillas, birds of all kinds and, Elephants.  There's so much to see it takes several days to see it all and we decided to spend our entire stay at the Safari Park. 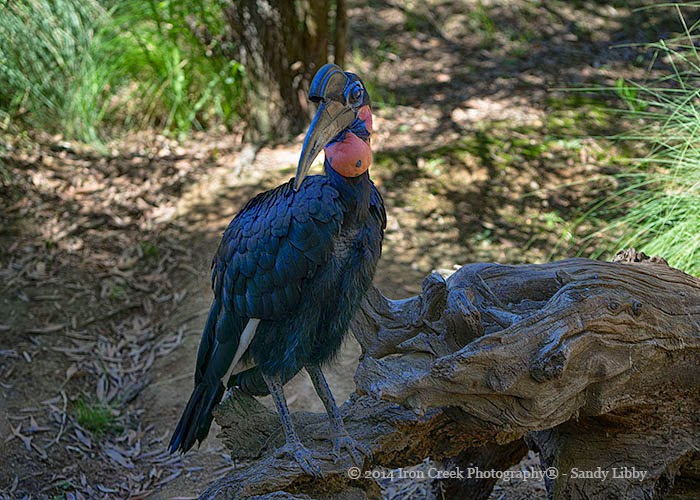 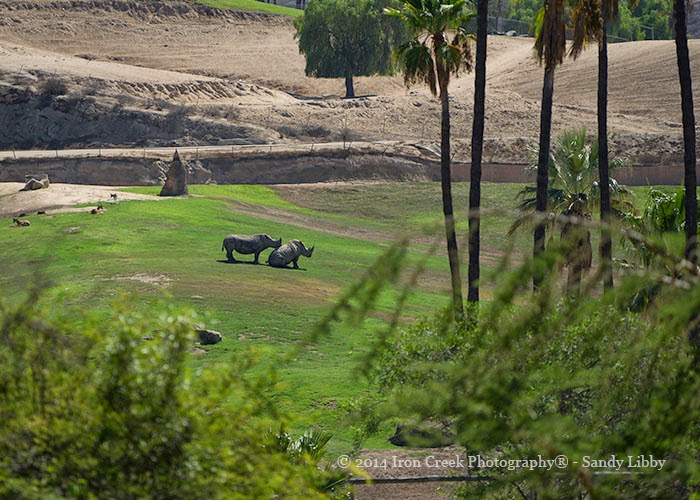 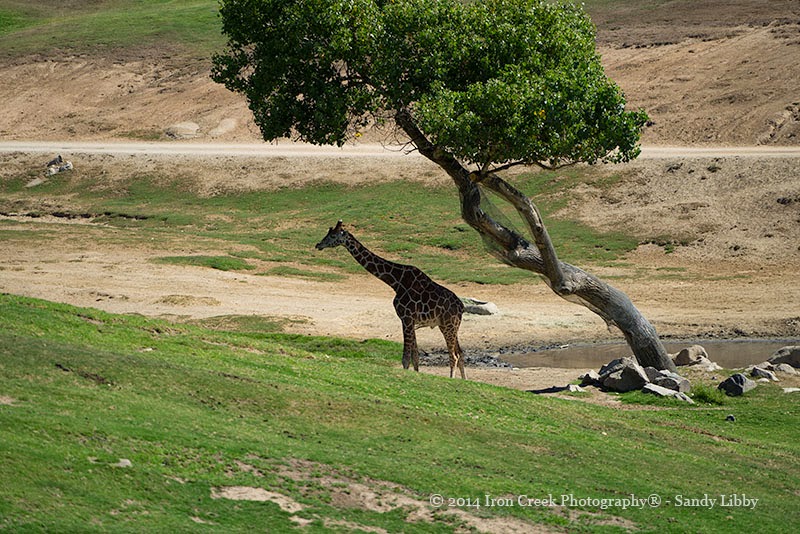 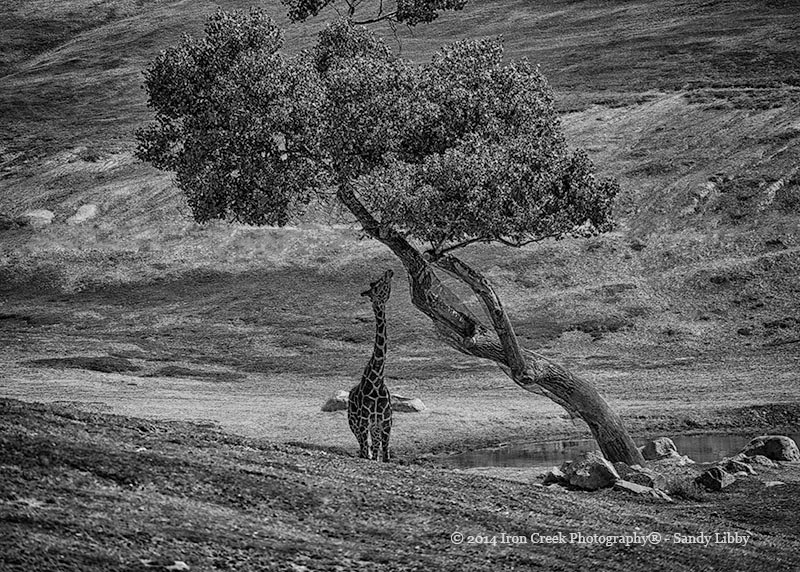 200mm f/4 1/500 ISO 50
While there's a tram that visitors can ride we opted to walk.  We went through the "Wings of the World" on our way to the "" where we spent several hours over the next two-days; we walked through the "African Woods" and "African Outpost" into the "Lion Camp".  We saw Giraffes, Rhinoceros and Water Buffalo to name just a few.  Our next stop was in "", where we spent several hours there over the next couple days.
Babies of all sizes﻿ 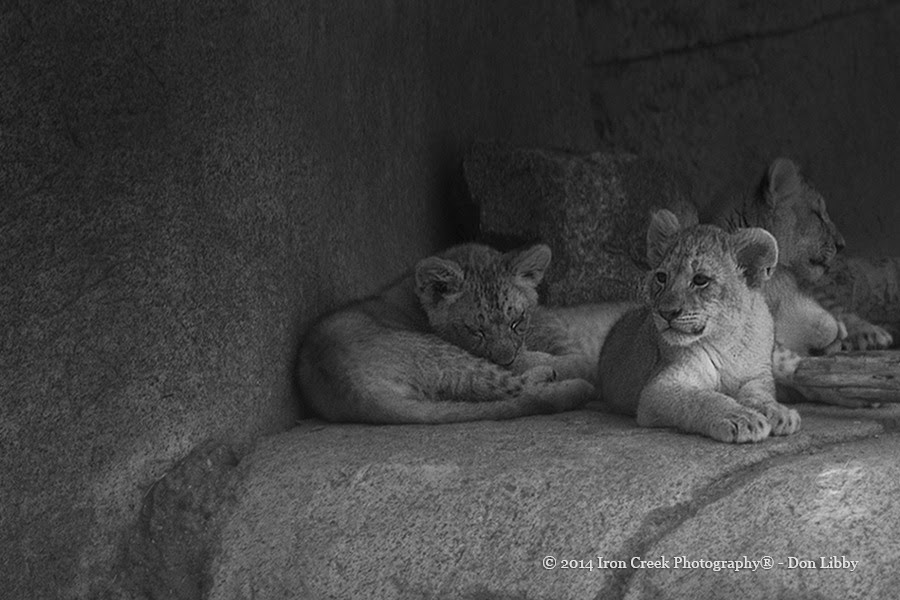 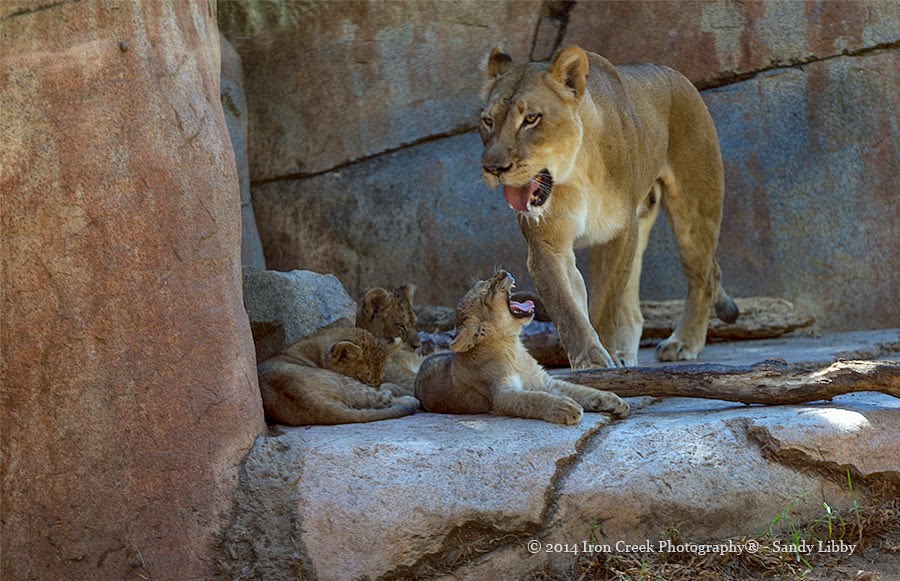 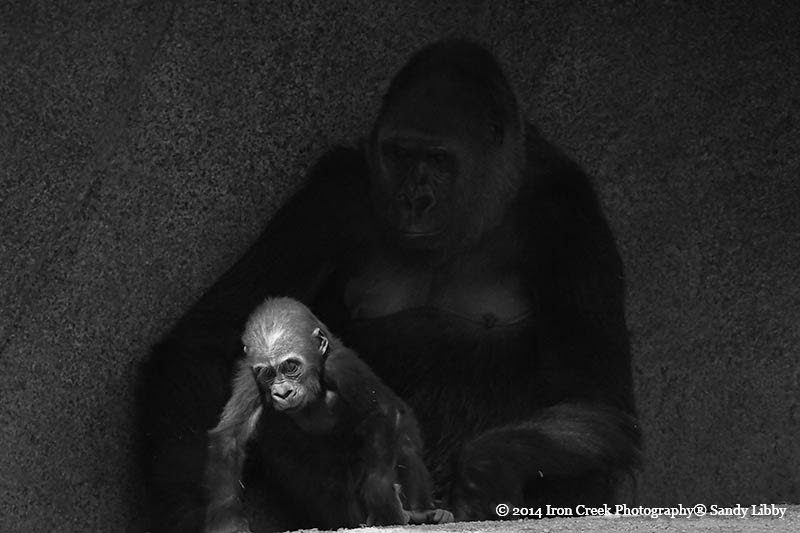 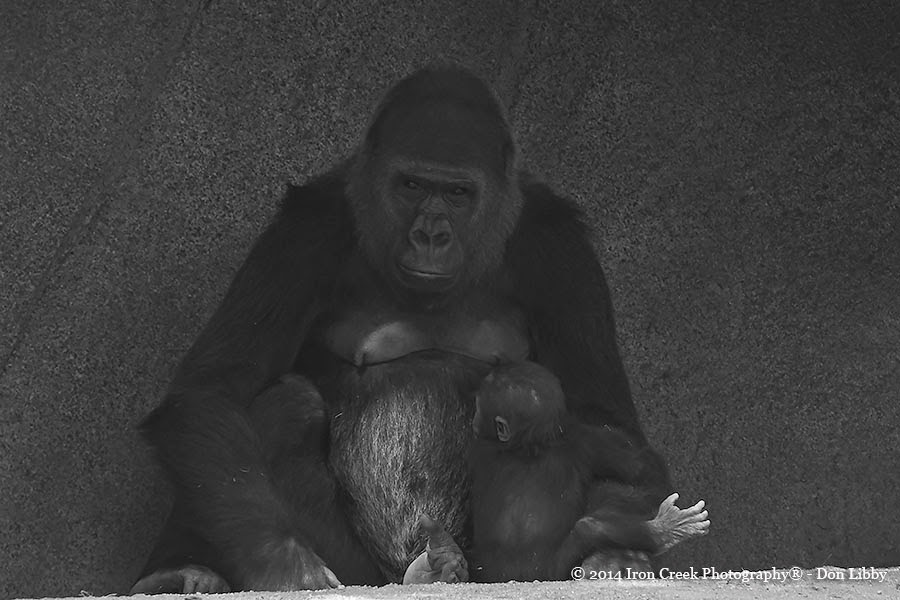 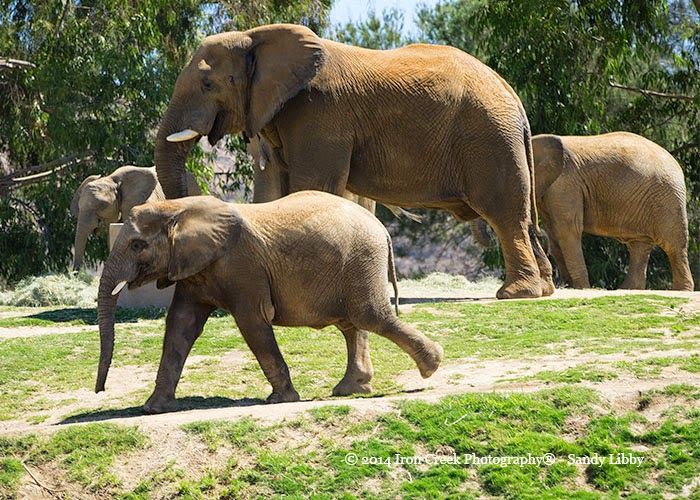 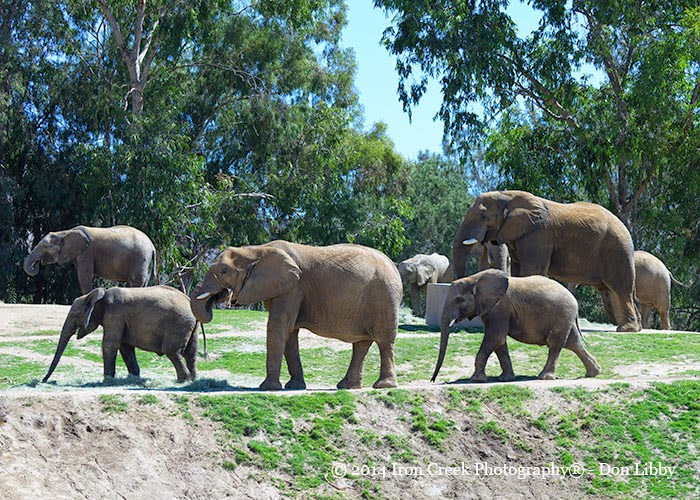 89mm f/5 1/125 ISO 50
We quickly found we had two favorite spots; the Gorillas and Elephants.  After spending several hours at each we could see how the two species care for one-another.  Each is protective of their "pack" (for lack of a better term).  While we knew that Elephants are protective of one-another we were surprised at how well behaved the Gorillas were.
The expressions on the Gorillas were priceless; the longer we watched them the more we saw their individualism. 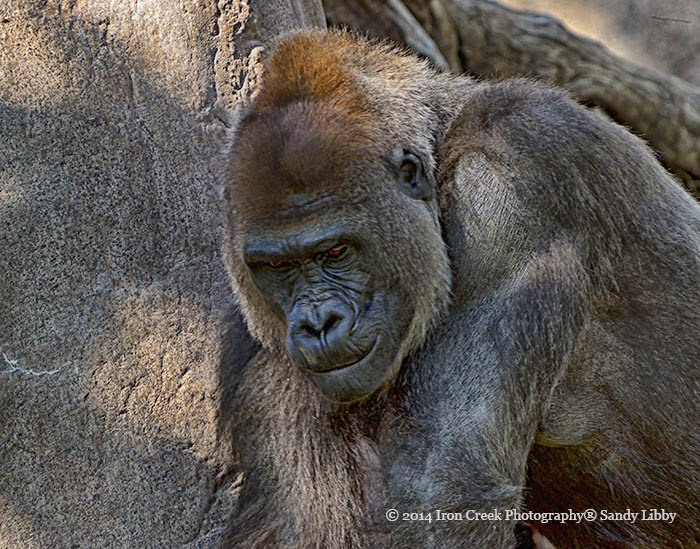 200mm f/4 1/80 ISO 50
There's a side story to the next two-images. This one was getting fed up with the antics of two-teenagers who were racing around acting very much like teenagers so he decided to go off by himself for some quite time.  Only it didn't last long...
The other interesting aspect of these two images is 's was shot using "normal" color while Don's was captured using a color filter attached to the full spectrum body. 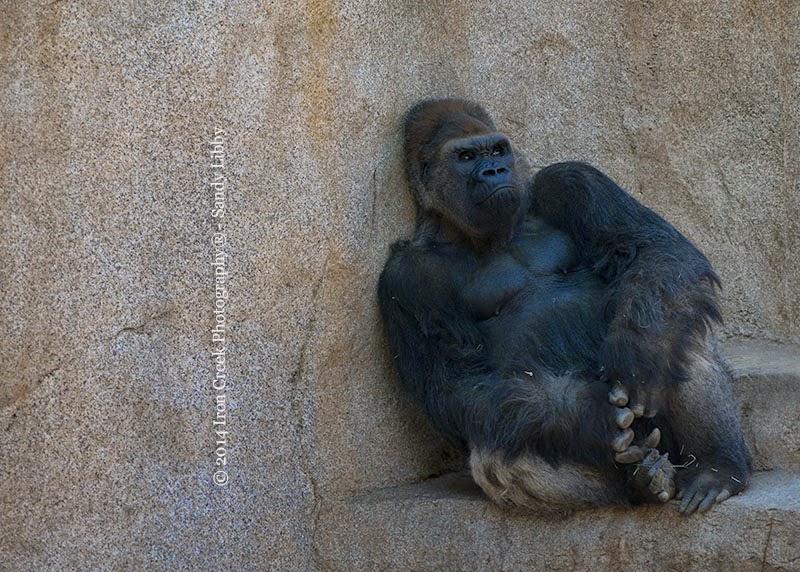 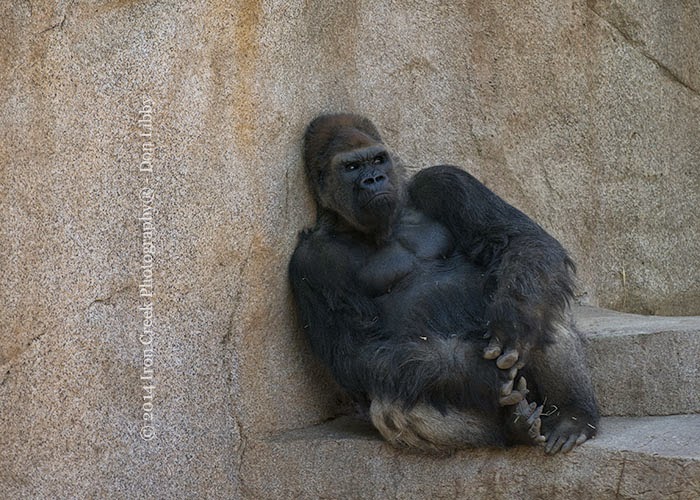 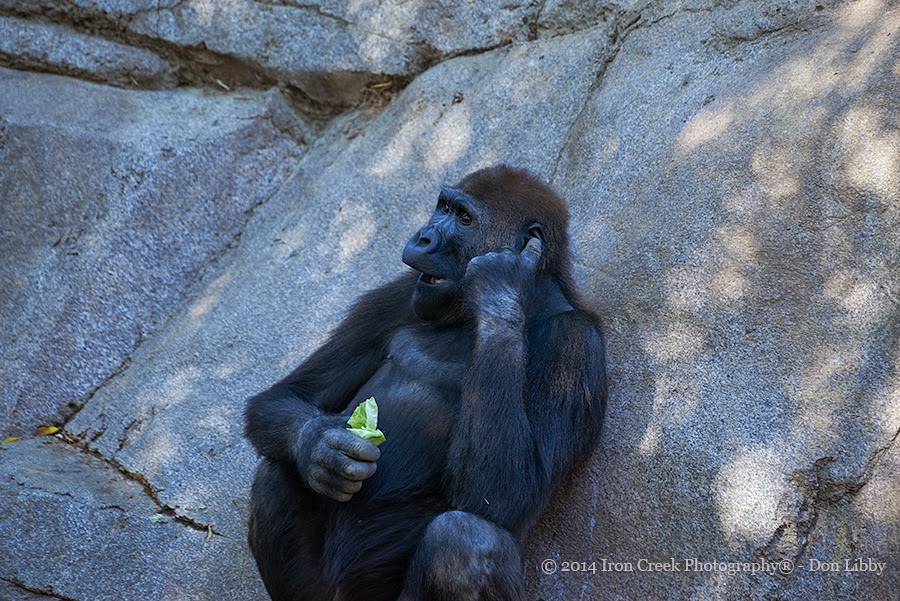 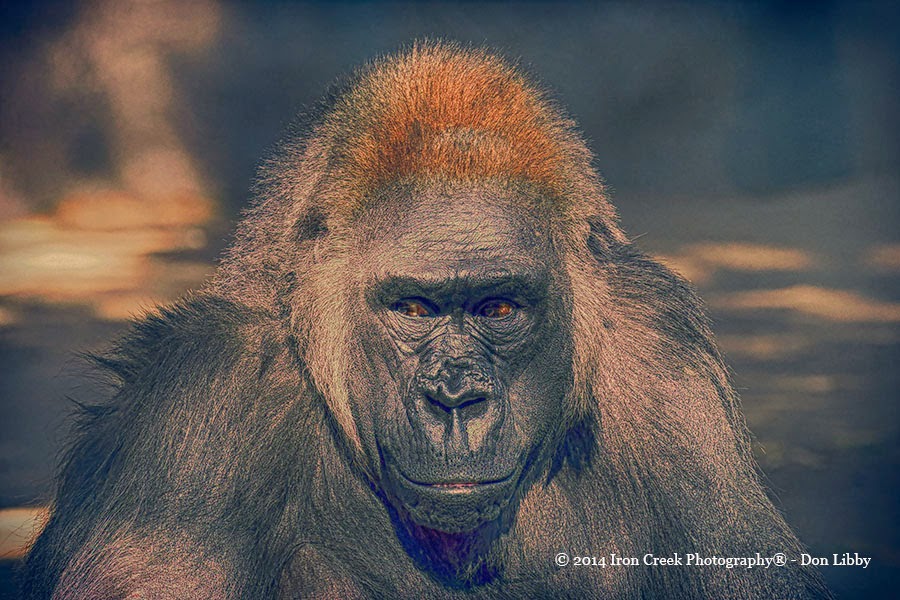 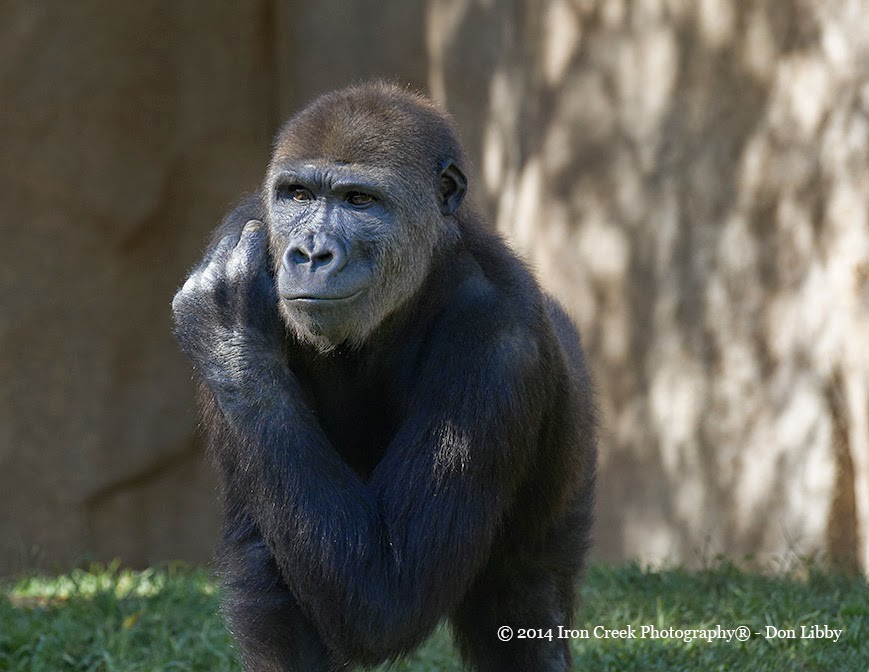 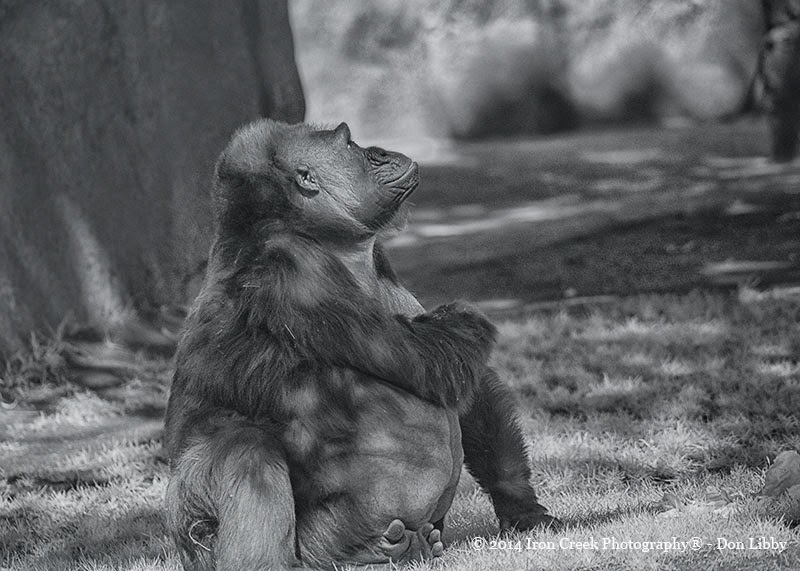 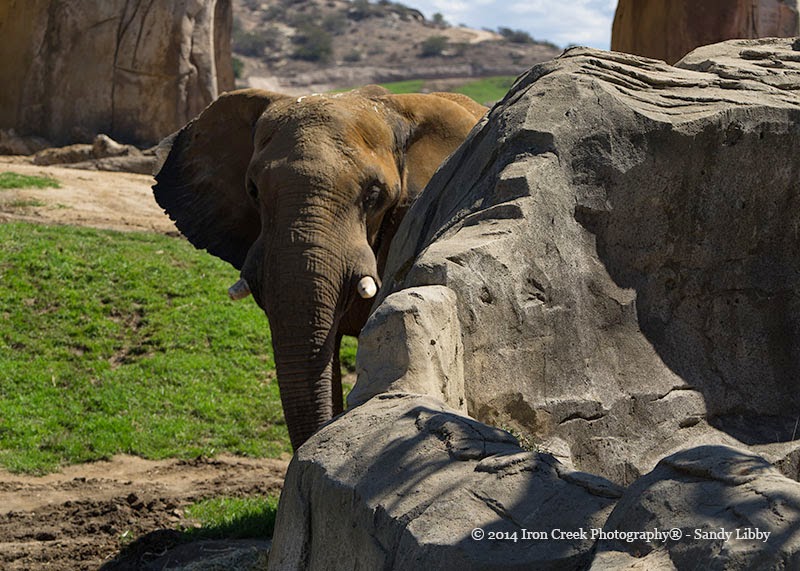 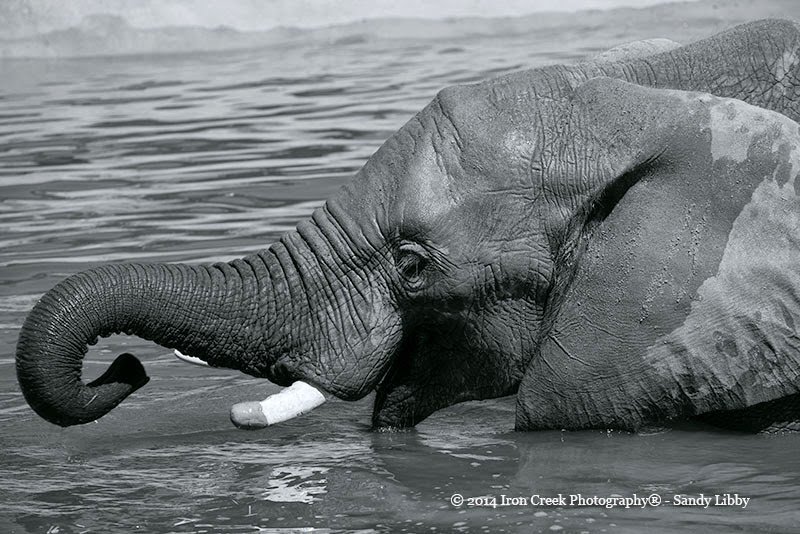 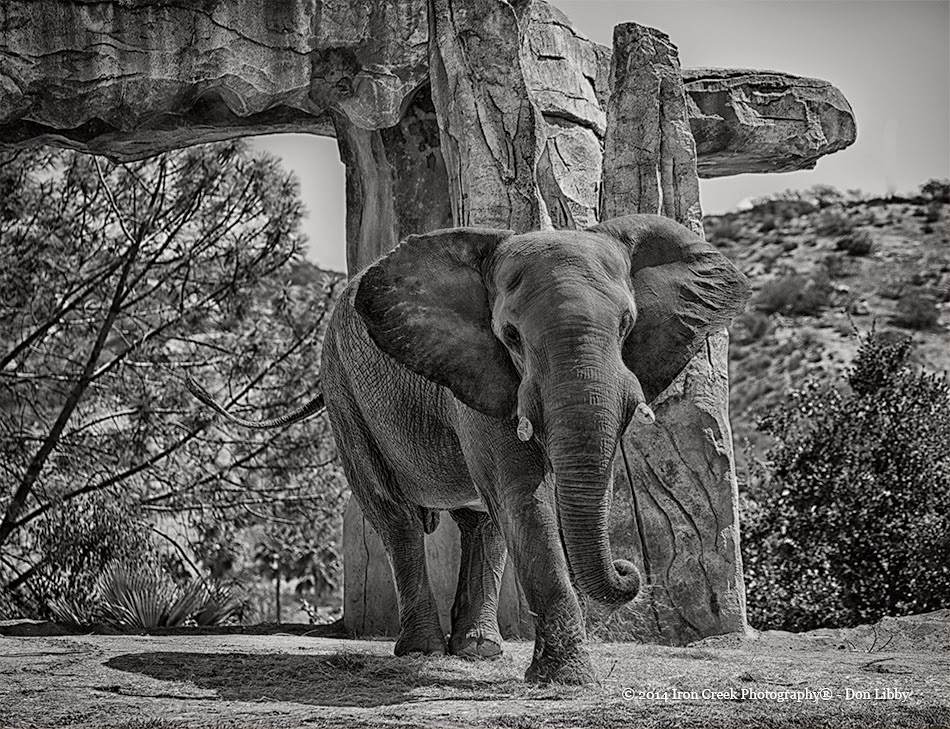 All the images included here were taken with a Sony A7r and a Sony FE 70-200 lens.  Sandy has a 7r that shoots regular color while Don has one that captures full spectrum and can also capture color and infrared (more on that later).  All of 's images were captured handheld while Don used a combination of handheld and a monopod.
You can't go to without seeing a couple Flamingos. 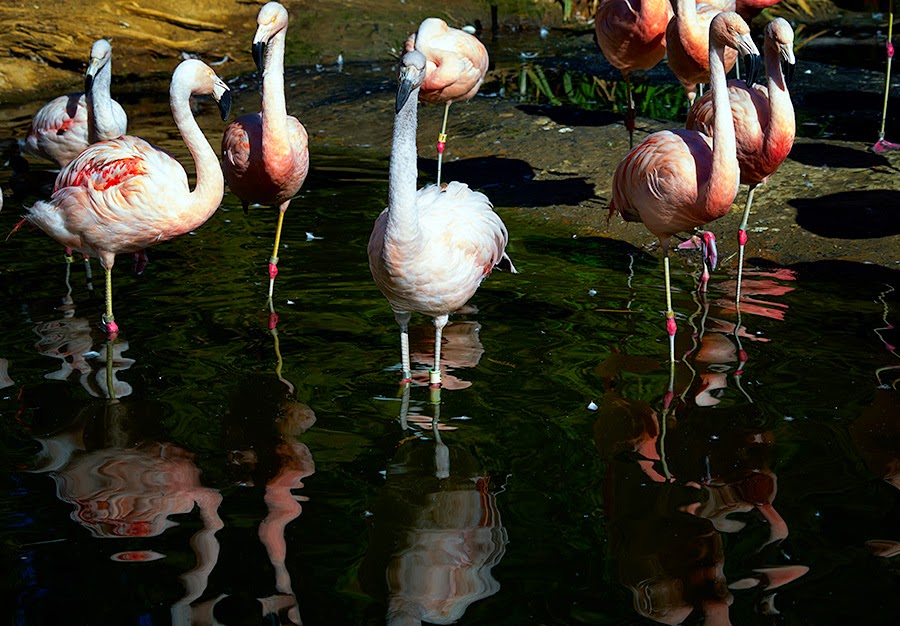 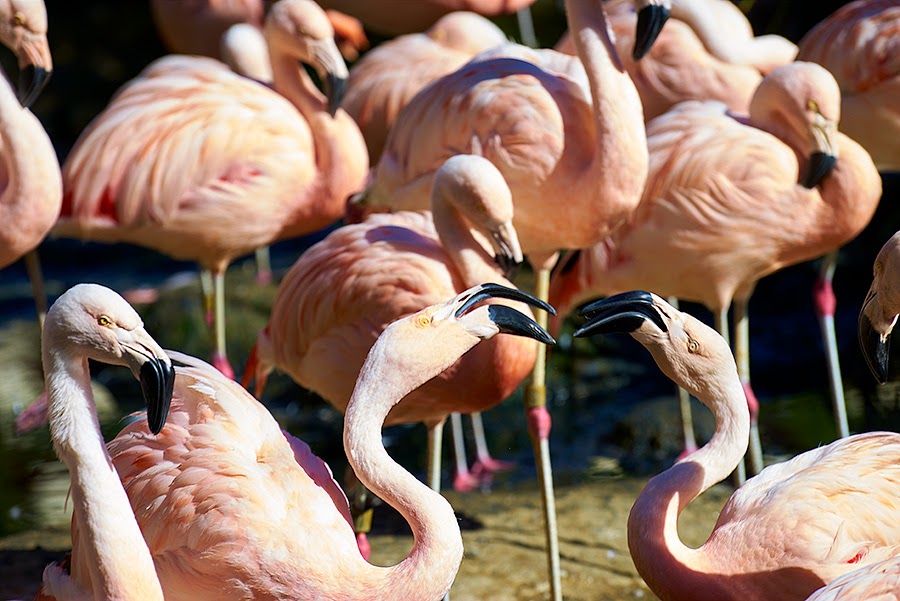 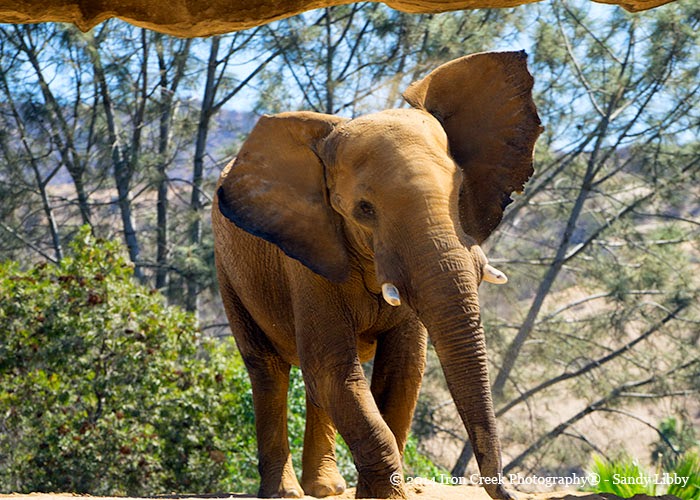 Thank you for visiting and allowing us to share the Safari Park.
Sandy & Don


Posted by ironcreekphotography at 9:11 AM