A simple comparison between the Canon 1DsIII and a Leica M9 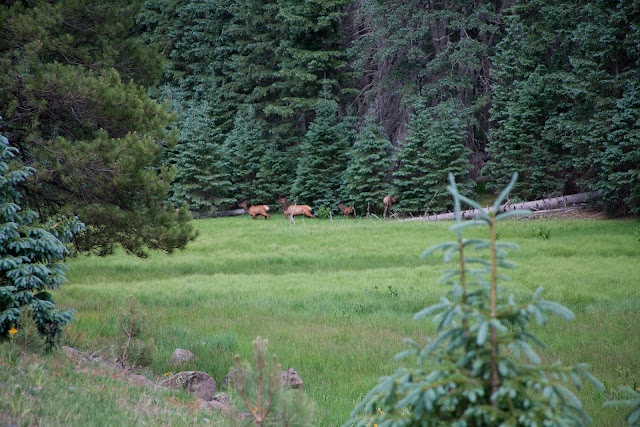 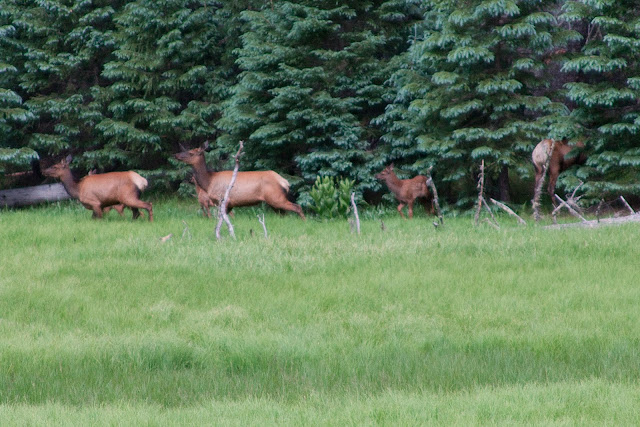 Canon 1DsIII 28-135mm (shot at 135mm)
We've shared images of a barn and shed we found during our day trip to Alpine and Hannagan Meadow off RT 191 in eastern Arizona earlier; those three entries spoke about the processing that was done for the black and white images taken with the Leica M9 as well as the color images with the Canon 1DsIII. Each entry was meant to be a stand alone and not to compare the two cameras. 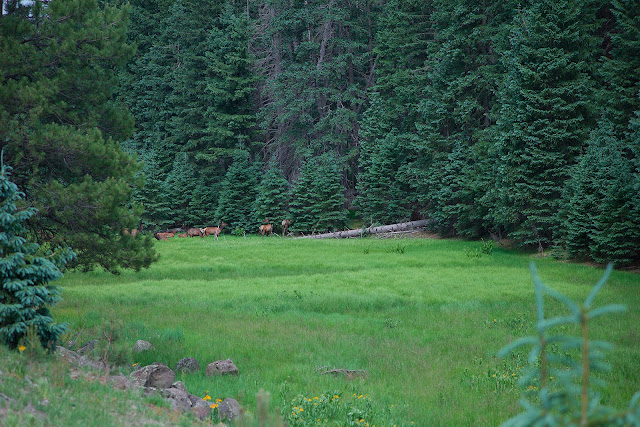 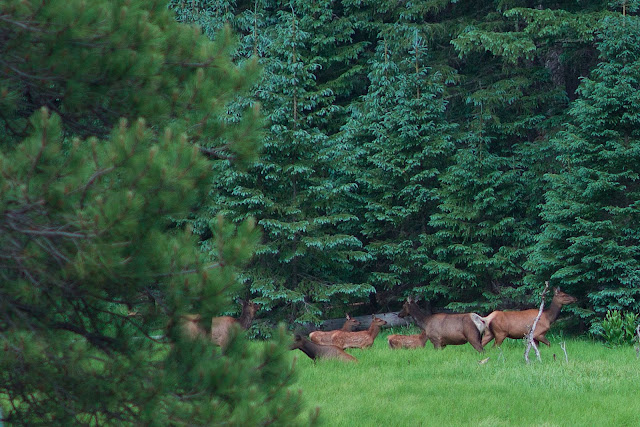 Leica M9 Summarit-M 90mm
Today we felt that we might want to attempt to compare the two systems in what could only be described as snap shots; meaning very quick capturing of fast moving subjects that really didn't wish their photographs to be taken. So to set the scene here's a short story... 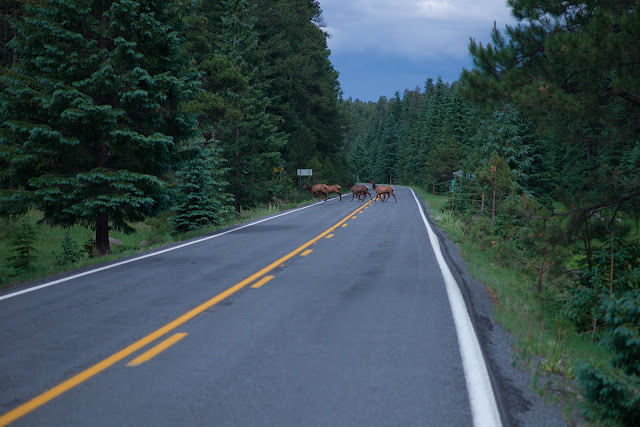 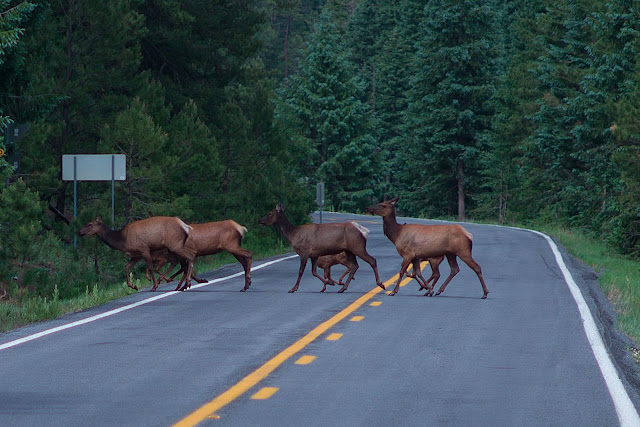 Leica M9 Summarit-M 90mm
We had left the area where we found the barn and shed and were driving south on RT 191 towards Hannagan Meadow when out of the corner of our eyes we spotted what could best be described as a field of heads and shoulders. We had to continue driving in hopes of finding a safe spot to pull over which we did. Walking back to the area Sandy had her Canon 1DsIII with the 28-135 lens while Don had the Leica M9 with the longest lens he has, a 90mm. Just as we reached the area where we found the heads a large logging truck rumbled past us spooking the Elk making them stand up. Don had decided that he would set the lens at infinity, the f/stop at 4.8 (ISO is always set at auto ISO) and hope for the best. Sandy on the other hand set her lens to 135mm and shot with an auto exposure mode. 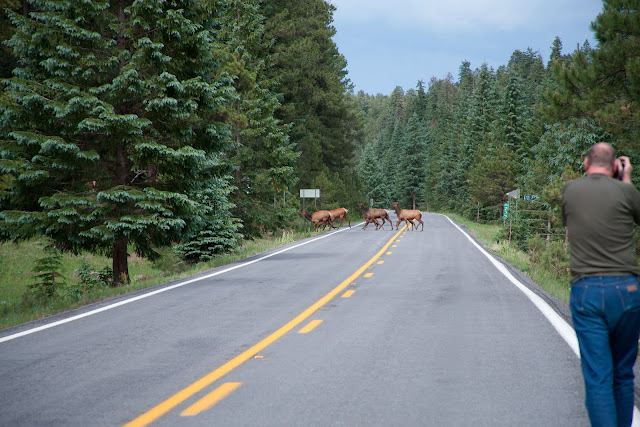 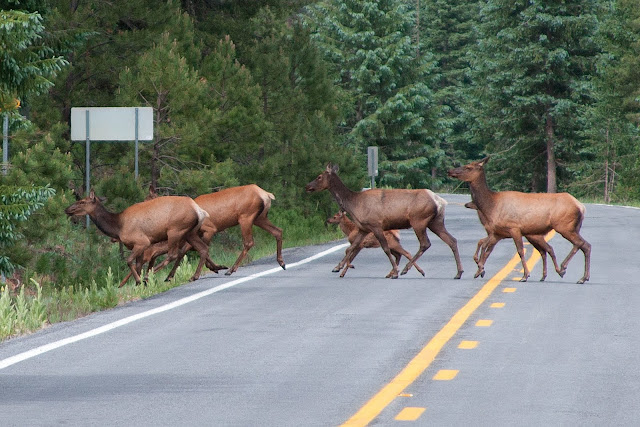 Canon 1DsIII 28-135mm (shot at 135mm)
The images here are the result of that brief time; all images were opened in CS5 and a very small amount of unsharp mask applied then the original images were cropped to 4x6 while the close-ups were first opened to 100% then cropped. 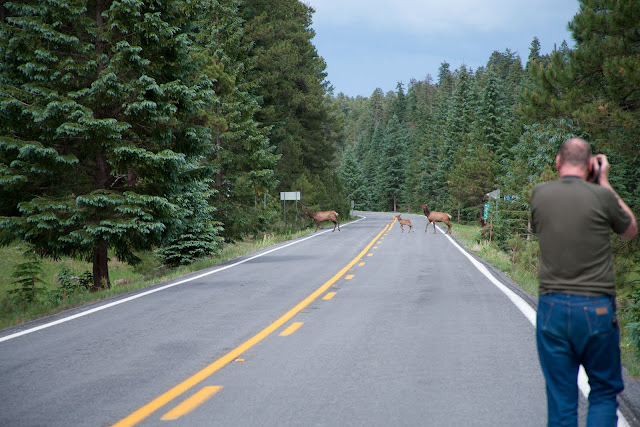 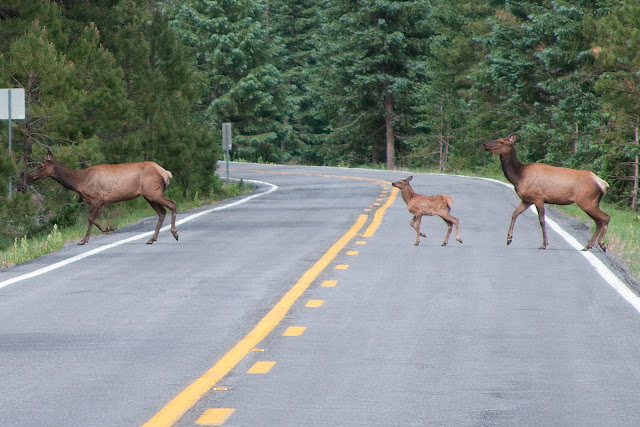 Oh and yeah that's Don getting in Sandy's way ...


Sandy and Don
Posted by ironcreekphotography at 9:56 AM