Valley of the Gods

This is a brief video taken from the truck cam of the southern entrance into Valley of the Gods off UT 163. 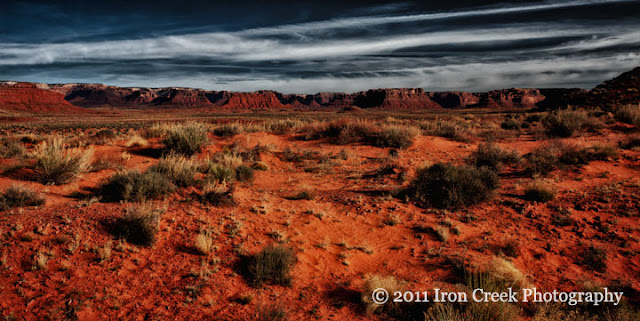 Valley of the Gods
Canon 1DsIII
EF 17-40 (40mm) f/8 1/100 ISO 50
Located in-between Bluff and Mexican Hat Utah is a 17 mile dirt road running through an area called "Valley of the Gods".  Valley of the Gods is also near Monument Valley which can be seen from various spots from the Valley. 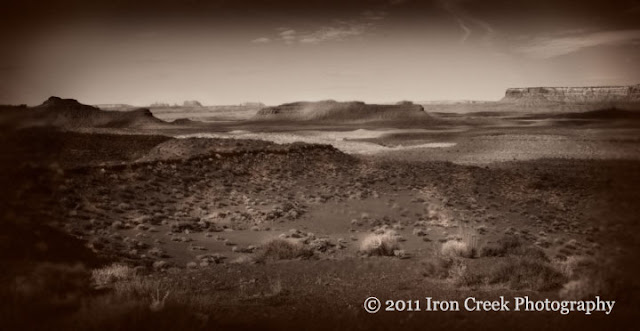 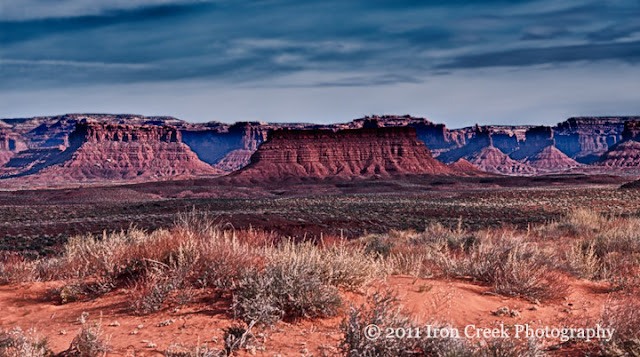 Valley of the Gods
Canon 1DsIII
EF 135mm f/8 1/100 ISO 50
The most prominent peaks in the Valley of the Gods have been named and marked on topographic maps including Rudolph, Santa Clause, Setting Hen Butte, Rooster Butte, De Gaulle and His Troops, and Lady in the Bathtub.
Teaser video along the road
The 17-mile road is dirt and for the most part can be driven in a passenger car. Just be careful. If it rains or has rained the road can quickly become muddy and you'll be wishing for a 4x4. While there are no services (gas or water) you will pass a bed & breakfast near the beginning of the road (if entering off UT 261). Make certain you have plenty of water as it is very dry and can be very hot in the summer months.

We've seen clouds and jet vapor trails (contrails) before however this was the first time either of us had seen the shadow of a trail. 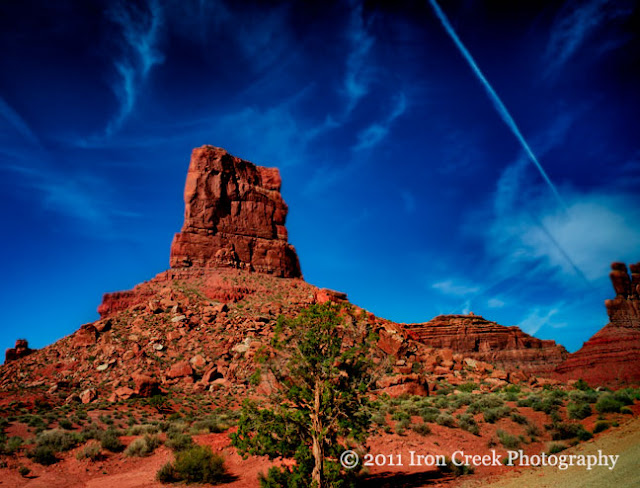 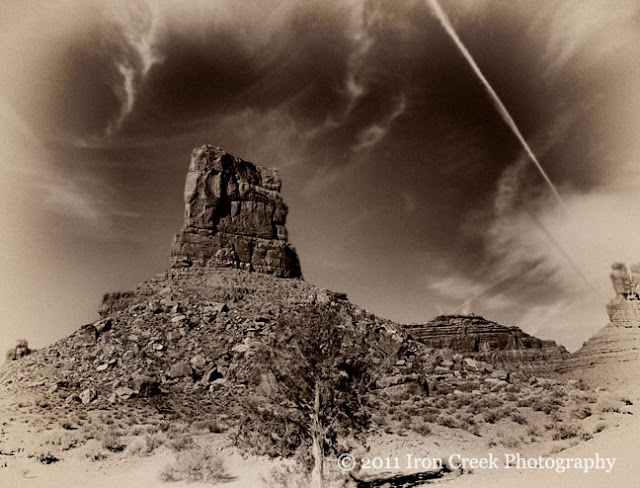 Shadow
Leica M9
Summicrom 50mm f/8 1/500 ISO 250
You'll notice that we converted a couple of the images into black & white.  Looking at the area you'll be struck at how much this area hasn't changed; other than the dirt road there's little signs of civilization stretching out to the horizon.  In processing the images Don was also struck with what he thought of how earlier images would of looked like.
Last teaser video from Valley of the Gods
We only managed to spend a few hours driving through the Valley and wished we had more time. Don is scheduled to return to the area in June and will be spending several days shooting in the Valley of the Gods, Comb Ridge and Monument Valley before meeting Ken Doo in Page AZ for some Slot Canyon shooting so stay tuned.


Thank you as always for visiting.

Sandy & Don
Posted by ironcreekphotography at 9:10 AM