Phase One P65+ on a technical camera Part III

So far I written about upgrading from a Phase One P45+ to the Phase One P65+ and the differences in the backs. I've also commented on using the P65+ with a Schneider 35mm lens and how it compared to the P45+. Today I'd like to discuss the other 2-lenses that I normally use; the Schneider 72 and 120mm short barrel.

First I want to say that I no longer have the P45+. The back was dropped off at FedEx yesterday afternoon and is now on its way back to Dave Gallagher and Capture Integration. I'm now fully committed to the P65+.

I've been using various versions of Photoshop since I believe #3 and now use CS5 (64 bit). I haven't been using Capture One Pro nearly as long partially due to the fact I only moved to medium format a couple years ago and Capture One just recently became 64 bit compatible, Both programs offer excellent processing and I enjoy using both. C1Pro is slowly catching up to Photoshop adding more and more features as it matures.

Workflow: The workflow I've used for the images posted here is very simple. Open the images in C1Pro performing a lens correction on the LCC file to include color cast, light falloff and dust removal. Once the lens correction is completed I then use that file to correct the actual image file. This may seem complicated however it isn't - actually it takes longer to explain it than to do it. The file is then saved. Once the files are all saved I then went to CS5 opening the images downsizing them for the web. I could have done this in C1Pro however I had images I wanted to merge into a panorama and needed Adobe Bridge CS5 to do this. No processing other than the lens correction was performed other than cropping and saving into a jpeg for the web.

Once I started comparing the 72mm I quickly found the issues of  the 35mm vanished. I've offered 2-completed panoramas taken with the 72mm first with the P45+ then the P65+. The tripod was never moved throughout this process beginning first with the 35mm out to the 120mm lens. The only thing I did during this comparison was change lens and backs after I was done with the lens. I also used a Leica D5 laser finder for distance and focus; the distance as measured for all the images was slightly over 55'. I also used the same setting on all 3-lens, f/8 1/125 ISO 50 and 15mm shifts right and left.

P65+ Schneider 120mm lens
46.6"x22.5" native size at 300ppi 16 bit
Recently there's been some discussions regarding shooting a lens cast correction (LCC) prior to image capture. I submit that if you are using a technical camera you must. The following examples are of LCC files first as they appear then after a correction is applied (color cast, light falloff and dust removal)

By ensuring you have a proper LCC for each image file you ensure you have an image file than can be processed with minimal effort.  The following images are a result of the corrected files shown above.

P65+ Schneider 120mm 15mm shifts right and left
While this just about finished the testing phase I wanted to do one more capture.  Walking over to the side of the fence and switching back to the Schneider 72mm I captured this close-up.  The first image show it in color then second was processed into black and white and the last image is a 100% crop.  This was taken with the P65+. 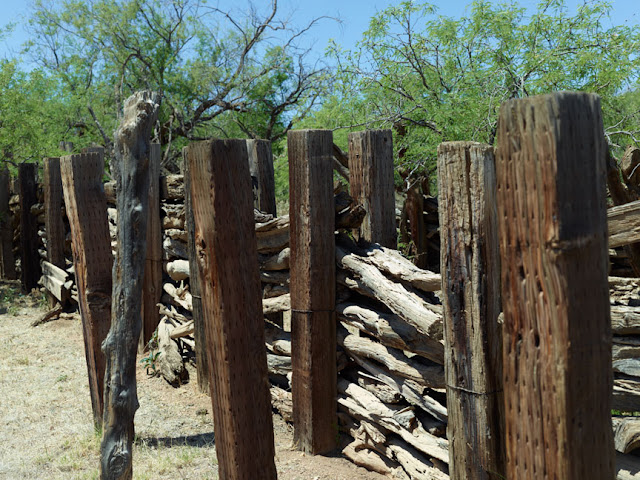 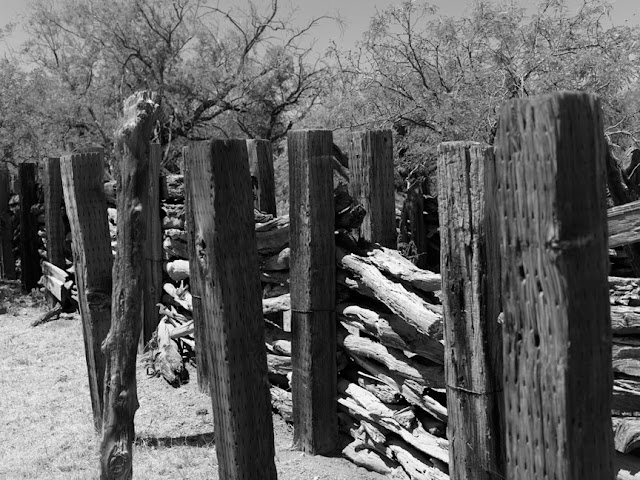 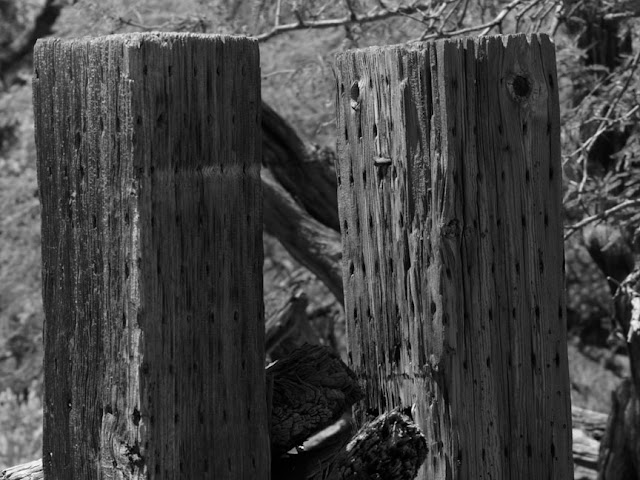 This concludes my comparison for the simple reason I no longer have the P45+. I've checked and double-checked the weather forecast and it remains the same - sunny and no clouds. This really isn't a bad thing as I have work piling up here and as much as I'd like to go shoot the P65+ some more I need to do other things. I'm looking to my return trip to Bluff Utah next month and shooting the Comb Ridge area as well as Valley of the Gods - this time with the P65+.

While I realize there's been much written about the P65+ once again I decided to share my comparison with the P45+. Remember your questions or comments are always welcome.


Don
Posted by ironcreekphotography at 12:18 PM