I've now had the pleasure of comparing the WDS to the WRS for a week. I've shot both in my normal working environment which is outside in any type weather standing on a cliff face.

I'm adding images of the two bodies with the WRS sitting directly in front of the WDS. Both have a tripod plate attached as well as a back adapter. I had to use a weight to steady the WDS and that's what you see in 2 of the images; it's an 18volt battery to a portable drill.

Something I might nit have covered before is the lens fit. I checked with Capture Integration and learned there is a difference in fir between the two bodies. All my lens felt "sloppy" in the WDS; I felt a certain amount of play with all the lens. The lens fits much better on the WRS. The only difference I could tell is the WDS has one locking lever while the WRS has two. Maybe someone else can address this.

I was surprised at the weight difference; 1 pound. I had both bodies weighted on a certified shipping scale; 3.2 pounds for the WDS and 2.2 pounds for the WRS. The weights include the tripod attachment as well as the back adapter. 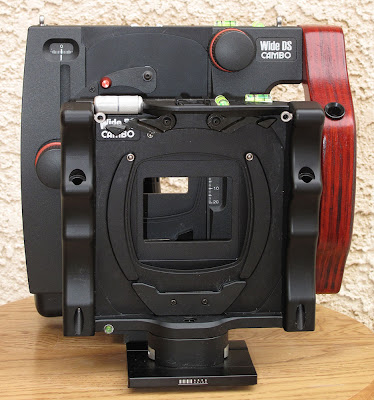 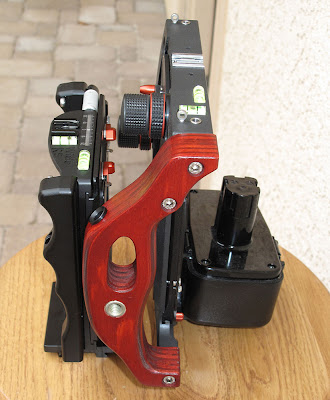 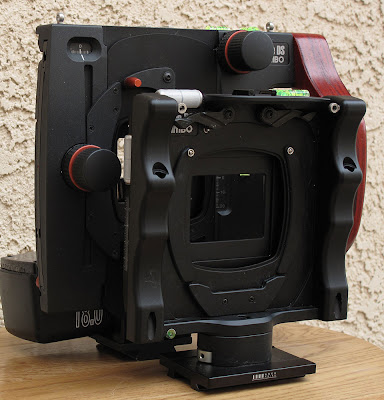 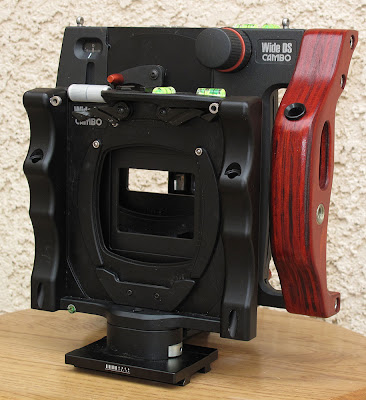 I also want to again thank Dave Gallagher and Chris Lawery of Capture Integration for sending me the Cambo WDS to play with.

My hands down favorite is the WRS.

Don
Posted by ironcreekphotography at 12:01 PM