Sandy and I arrived in Sedona this afternoon for a shoot we had planed and the second phase of the comparison between the WDS and WRS-1000.

Sandy took this while I was taking 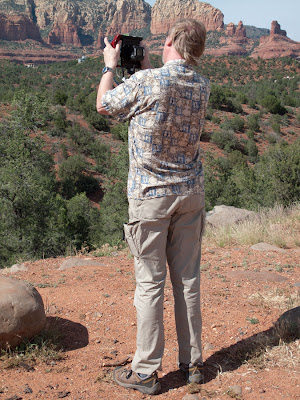 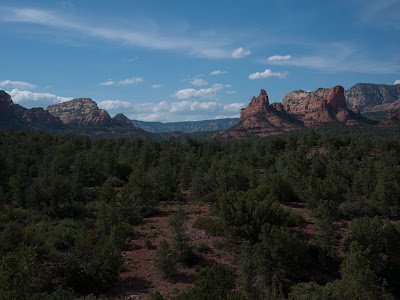 I decided to do a 3-shot 2 row (6 images total) pano showing the individual rows then the finished image. 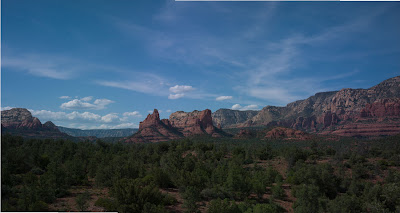 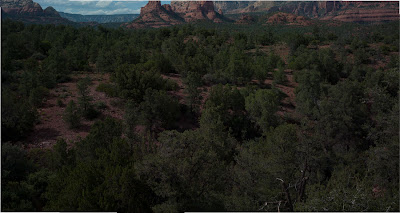 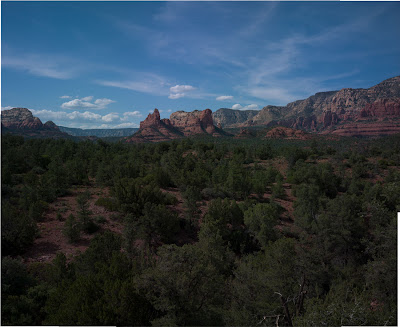 I had meant to do the same with the WRS-1000 however I screwed up and only shot one row of 3. 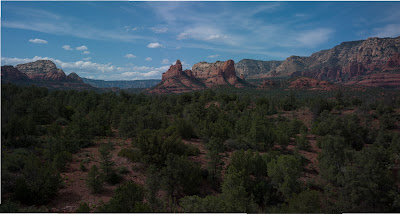 I'll reshoot tomorrow showing the separate rows then finial image with the WRS-1000.

Something I've noticed that really shouldn't be of any surprise to anyone is the image quality coming from these two bodies. But then again it really isn't the body rather the excellent lens and digital back; the only thing that changes between the images is the camera body. My opinion is that with the proper lens and digital back it won't matter which body you decide on as either way you'll get great images. The deciding factor is workflow. I still don't like the fact I have to move in front of the camera to change movements as that simply doesn't fit my workflow and for that it's a deal breaker. The other area I'm totally against is no real easy method of switching the orientation of the back; Cambo really did it right with the WRS-1000.

While I'm making notes: The panorama images are "as is" directly from CS4 with no other post processing and no cropping, the white area around the boarder is what CS4 shows upon completion of stitching. I did cheat a little and shot a custom white balance before shooting the images.