Comparing the WDS to the WRS-1000 in Sedona

Took the WRS out this morning and reshot the test from yesterday so that we can be on a firmed footing. Total of 6 images 3-images per row 2 rows. Using CS4 I merged each row individually to show the finished image, then using all 6-images as I normally would (same process as I did yesterday) I merged the images again using CS4. 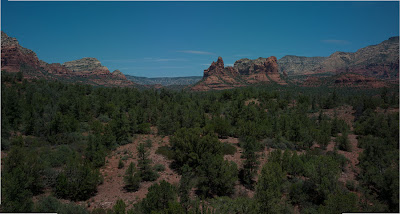 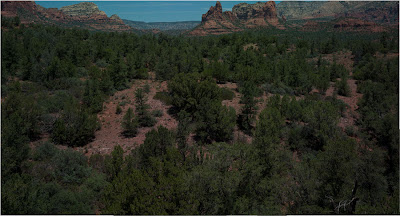 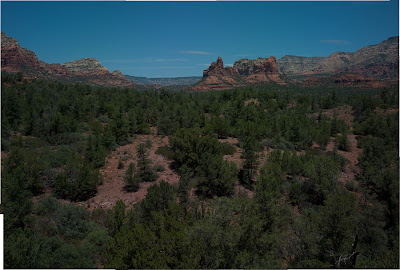 I used the WRS to take 2 images handheld and found that it can be done. 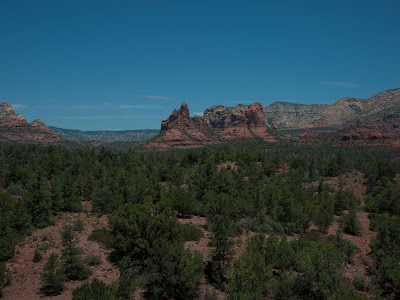 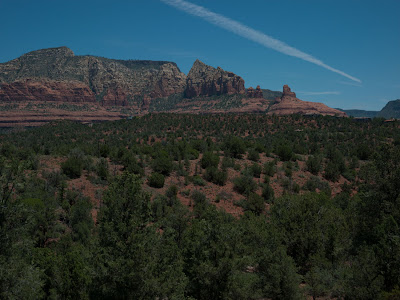 I've attempted to test/compare the WDS and WRS using the same landscape and same setup. I had thought before doing this that I would see a substantial difference in the images anytime I used a raise or fall as the lens on the WDS moves around the digital back and the lens on the WRS is static with the back making all the movements. There might be a difference however it is so small as to render the difference meaningless.

The WDS is larger and is easier to take a handheld image. Points there. The WDS had the handgrip on the left with no provision of placing the shutter release on the right. Points off.

The WRS-1000 is smaller and each time I took an image I felt I was moving the camera. Points off. The WRS-1000 has two handgrips along with the provision of placing the shutter release either left or right. Points there.

Bottom line is both the WDS and WRS are great camera bodies. There are two items that are against the WDS for me; the need to be in front of the camera for movements, and the way you'd have to go about in changing the orientation of the back.

The WDS is larger and heavier that the WRS and I'll attempt to get some detail on the differences once we get home. I want to thank Dave Gallager & Chris Lawery of Capture Integration for the loan of the WDS; I couldn't ask for a better and more supportive company (but then we know how good they are).

Comments are always welcome, please let me know if there's any further information you might need or like to have.

Posted by ironcreekphotography at 1:04 PM