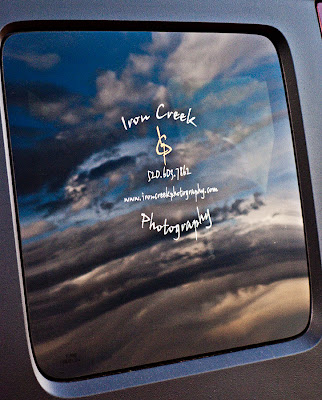 We decided to take a drive to Tombstone this past Saturday for no other reason than it was a nice day and we wanted to go exploring. Okay we did just get a new walk around camera and we also wanted to take it out as well. We've had a Canon G-9 point-n-shoot for over a year enjoying the ease of use that makes it a fun camera to have along; we took this to Alaska last year shooting most of the blog images and all the video you've seen here. We decided a couple months ago that we should have two P&S cameras so we both could have one; by the time we got around to getting one the G-9 grew up a little to a G10. So with that little bit of history out of the way here's some images that we took on our day exploring the southern portion of our home state.

Found this windmill just outside Tombstone 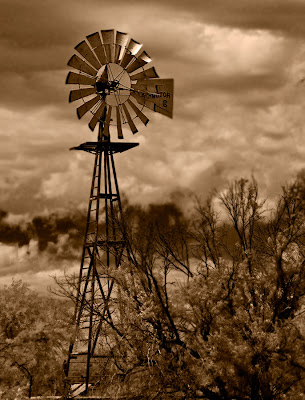 The wagon was sitting on a corner in Tombstone 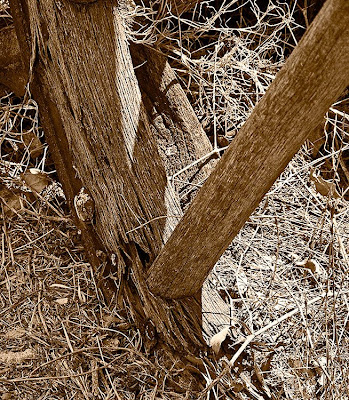 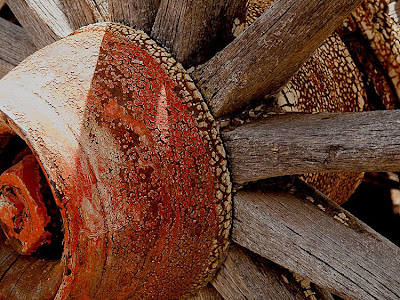 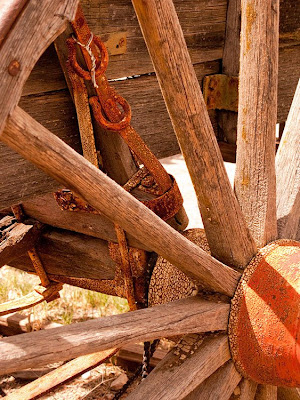 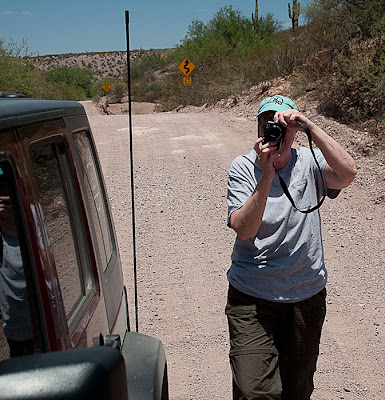 Sandy using the Jeep to get the shot 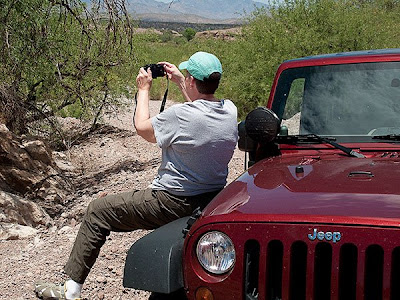 We found these windmills just north of Sonoita 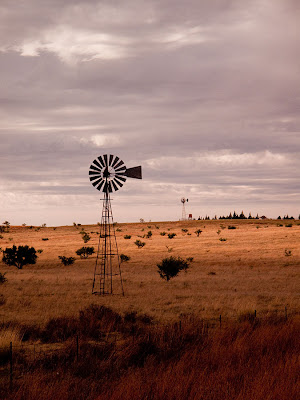 Same image after playing in CS4 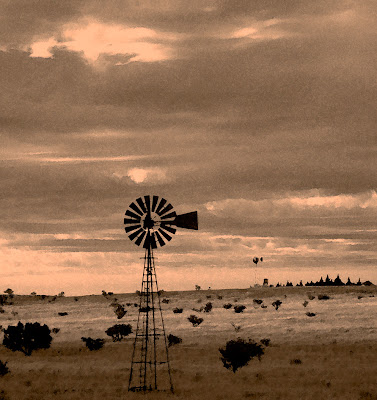 Forgot to add these were both handheld!

We stopped for an all too short period at Las Cienegas National Conservation Area which is just off Rt 82 a little east of Sonoita AZ. It was late in the afternoon when we turned onto the dirt road, we were a little tired, hot, and hungry at least that's our excuse; however we both feel this area reminds us of the Serengeti (minus the really cool trees and large man-eating animals) maybe it's the combination of the rolling hills and color of the grass. Either way we've both decided we need to return here to do some serious landscape work.
We're not too sure if these next images will show up as well as we want however we wanted to show a comparison. These are all from a single parent image; we then either cropped it to a slightly better vantage and/or tweaked the image into a slight watercolor effect - not sure if this will show well on the screen but here goes...
Parent Image 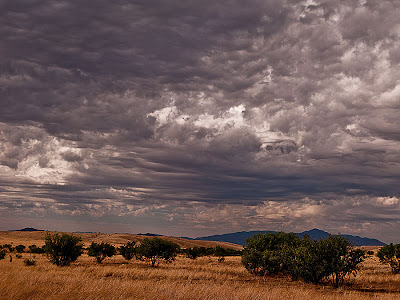 After cropping some of the sky 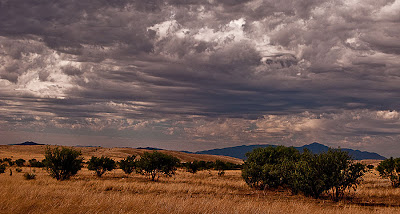 Changing it to a watercolor effect 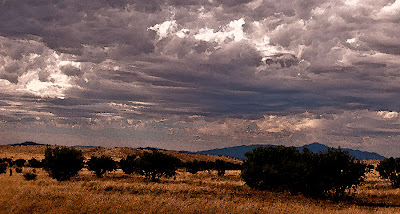 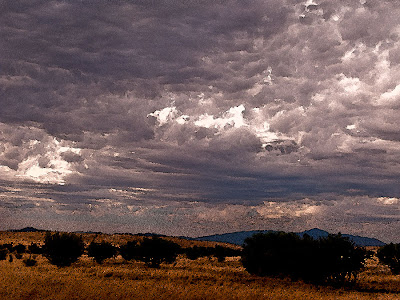 Here's Don thinking of what to do next 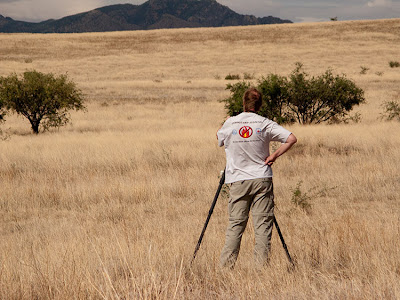 We've got more from the day including some street shots from Tombstone we'll share a little later.

We thank you for allowing us to share with you; and as always please feel free to leave us a comment.

Sandy & Don
Posted by ironcreekphotography at 11:41 AM