Along the Lower Schwabacher Landing with a Cambo WRS1000 and P45+ 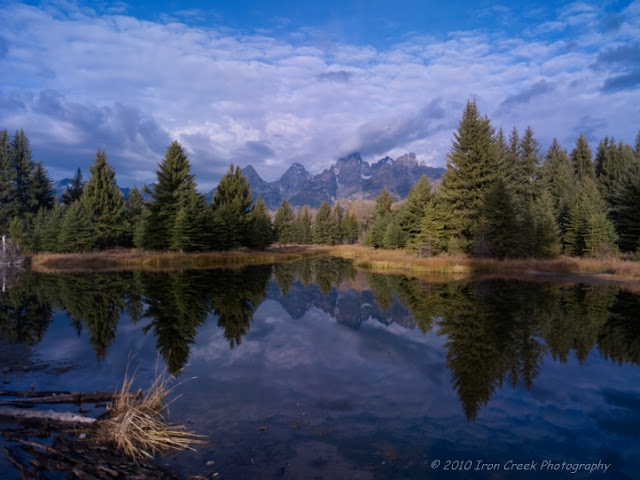 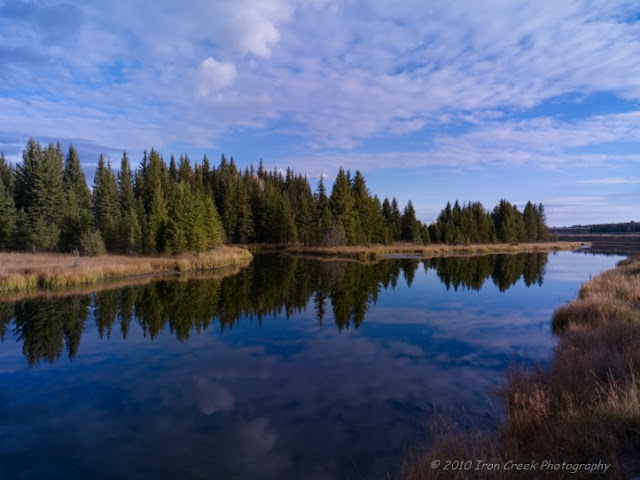 We had misidentified the overlook north of the entrance to Schwabacher Landing.  The entrance is just south of the Overlook.  Sorry for the confusion. 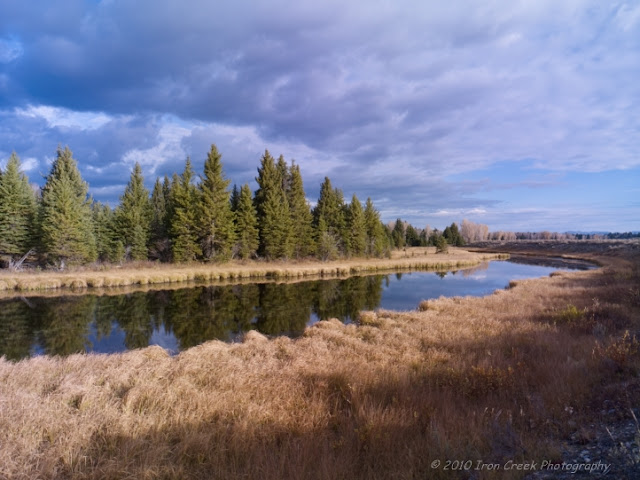 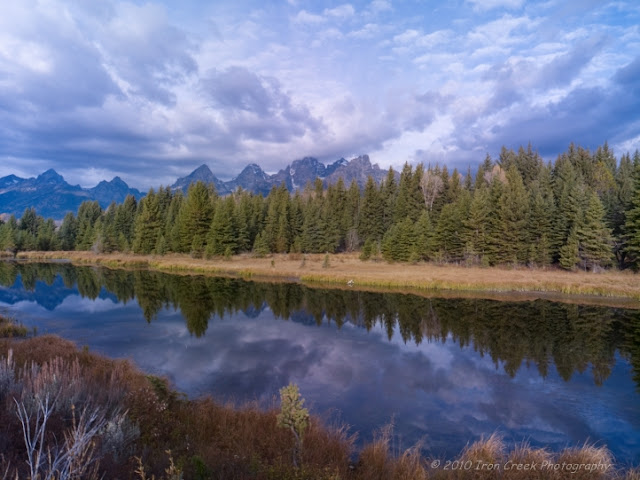 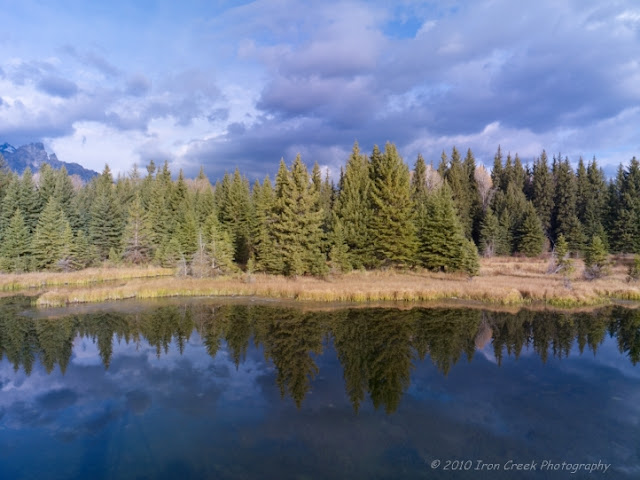 I decided in our original walk that I wanted to return as soon as possible to shoot with the medium format and returned early the next morning.  Unlike the previous 2-Parts all the images here were shot on tripod. 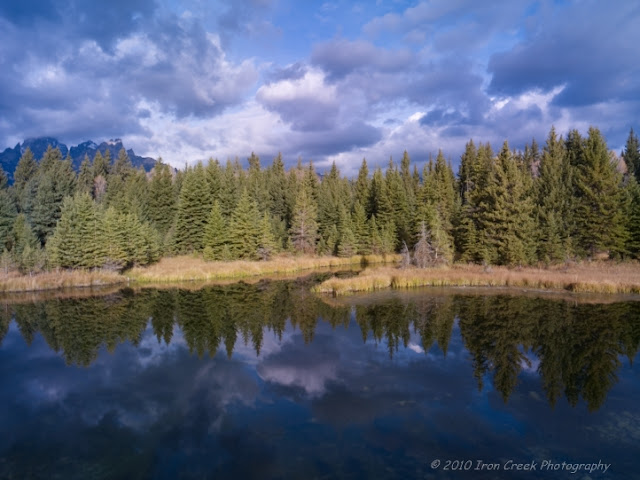 Cambo has been making cameras and camera gear forever - okay I'm too lazy to really look up the date but they have been making quality gear for some time now.  Likewise Phase One is one of the leaders in the digital medium format market and while I've only been using their digital backs for less than 4-years I've been extremely pleased.  If you've read anything I've written I've always told you up front that I'm not a professional reviewer nor am I a salesperson; what I write about is what I've experienced using the gear I've brought. 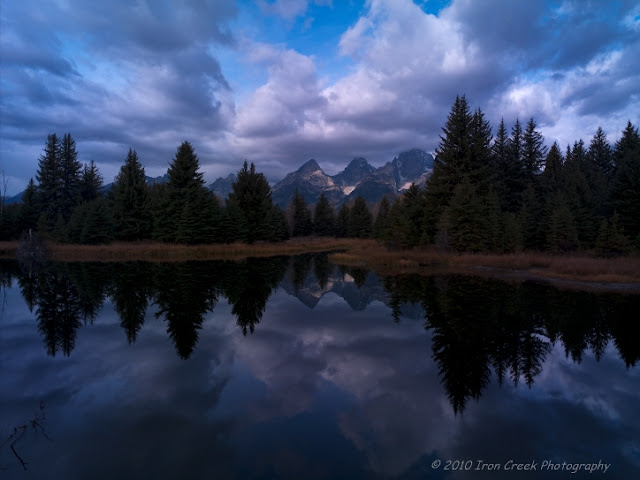 I made the switch to medium format a couple years ago starting first with the P30+ then the P45+ in October 2008 after I decided I wanted to capture landscape with a technical camera.  After researching the field available to me and what would work for me and thanks to my camera dealer, Capture Integration, I chose the Cambo WRS1000.  Cambo had just released this camera shortly before and is designed to meet the needs of the digital photographer.  The body is small and lightweight with movements in the rear.  Cambo has since then designed lens panels that offer lens movements. 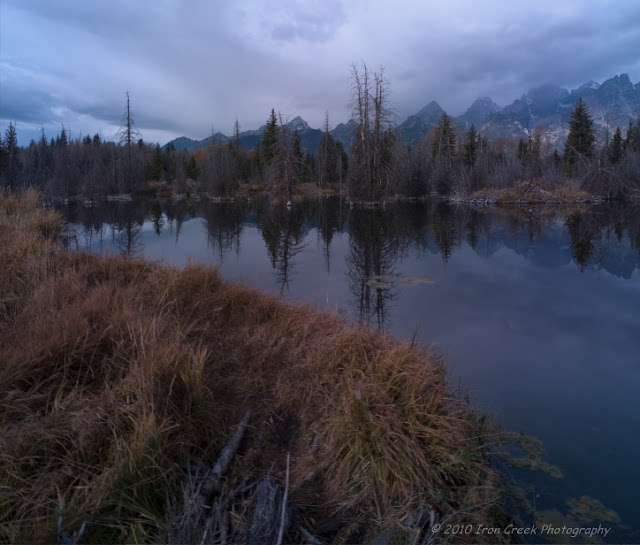 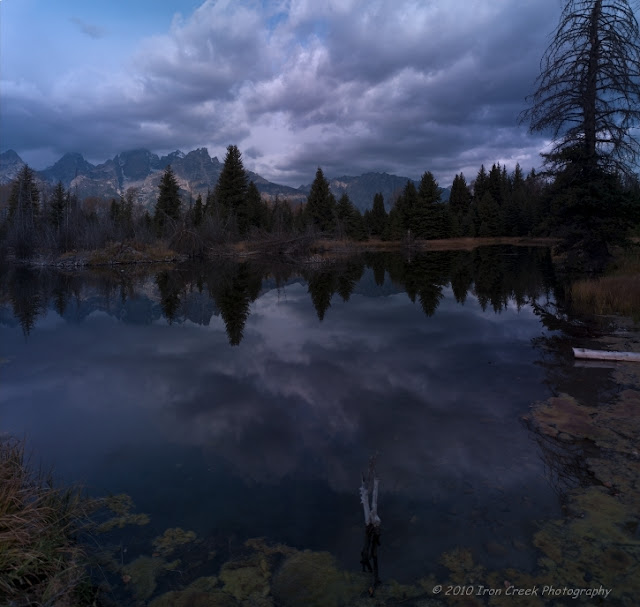 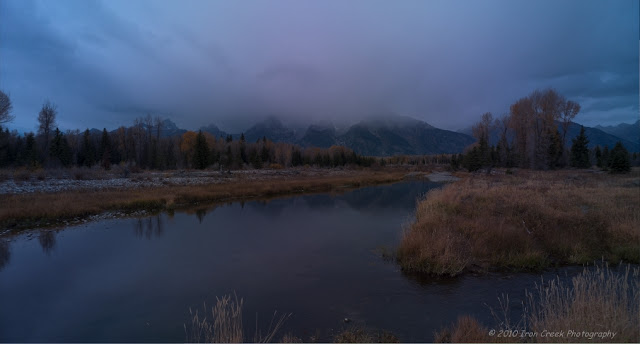 
In short, the Cambo WRS 1000 coupled with the P45+ has been and will continue to be my primary landscape camera. All images shown here were captured using a Schneider 35mm lens with a centerfilter attached.
Please enjoy the final posting of three parts and remember your comments or questions are always welcome.
Don
made me stop at the end of the trail before we went back to the jeep and took this image with her 1DsIII saying I just had a look of satisfaction she wanted to capture. 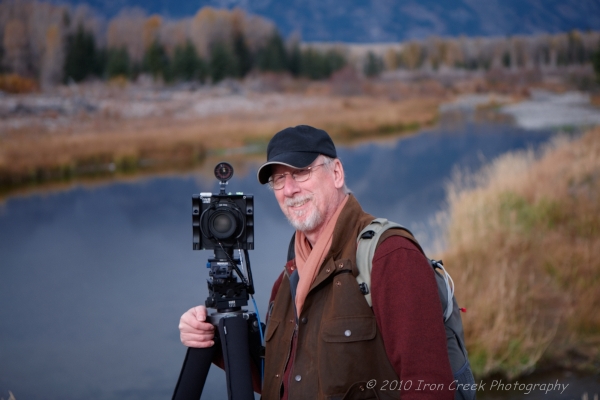 SPECIAL NOTE:   We had misidentified the overlook north of the entrance to Schwabacher Landing.  The entrance is just south of the Overlook.  Sorry for the confusion.
Posted by ironcreekphotography at 8:25 AM