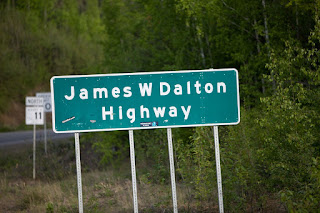 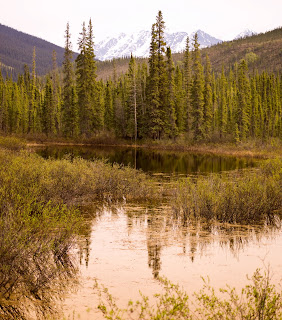 Somewhere along the Dalton Highway

Dalton Highway and the Artic Circle

Left Fairbanks (Tuesday June 3rd) at 430 a.m.; as a side note it was light enough to read without the need of any light! We wanted to drive up to the Artic Circle and maybe go a little bit further but not all the way to Deadhorse as we just didn’t feel we had the time. We made it to the Artic Circle then drove an additional 75 miles north to mile marker 204 before we decided to turn around. The decision to turn around wasn’t an easy one as the scenery was getting better as we made the drive north and got closer to Deadhorse, Prudhoe Bay, the North Slope and the Artic Ocean. 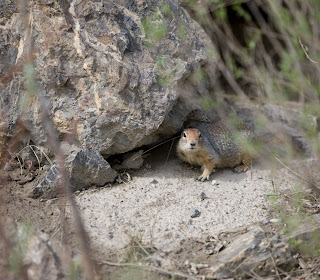 This little guy kept trying to get into the truck 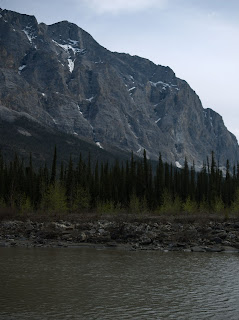 The 204 miles we drove on the Dalton was uneventful, meaning no tires were flat and the windshield remained in one piece. We were caught a little bit off guard by the overall road conditions, we expected much worse. We actually encounter long stretches of road that was well paved. Yes the road was gravel in many places and there was a lot of road work being done as well. Dust, dirt and gravel but as we said paved areas as well. The truckers were all very helpful in that when they went by us they for the most part slowed down a bit to lessen the chance of flying rocks. The truckers and road crews all monitor and use CB channel 19 and it wasn’t anything like you’d expect to hear anywhere else; they were all very well mannered. We spoke with the road crews getting information on where they’d like us to drive and what to expect further north. All in all an excellent driving experience – just very long!

The first stop was at the Yukon River Camp for fuel which in the summer months is the first stop going north. Spoke with Terry the manager there and found they operate from between May and September. The price for fuel wasn’t that much more than what we have experienced on the Alaskan Highway. 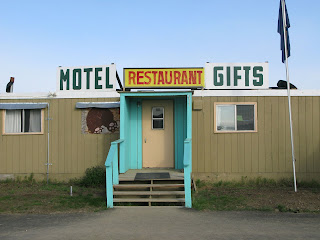 Yukon River Camp
The second stop was at the Artic Circle. Got there and had the place to ourselves for about 15 minutes before a big tour bus came. There’s camp sites, picnic tables where if we had the camper we could have set camp and stayed. 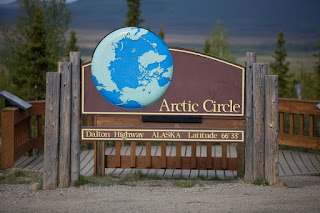 Leaving the Artic Circle we continued north through the towns of Coldfoot and Weisman further up to mile 204 where we stopped for a short visit before deciding to head back. On the return we stopped in Coldfoot (60 miles north of the Artic Circle) for fuel and actually paid less there than at the first stop. Don’t expect much at Coldfoot. Other than the Artic Circle Visitors center a fueling station along with a restraint and hotel there didn’t appear to have much else. Our last stop was back at the Yukon River Camp where we stopped again, having a late lunch and topping the truck off. 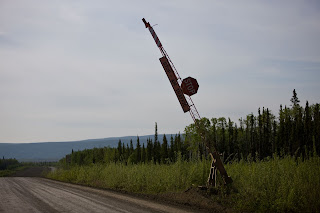 What did we see during the drive? Six moose! We had the chance to see the first moose just south of Coldfoot and the second just south of Weisman. The real treat was on the return leg around mile 14 where we came across an adult moose and two babies! The last moose of the day was very shy and ran off well before we had the chance to photograph it. 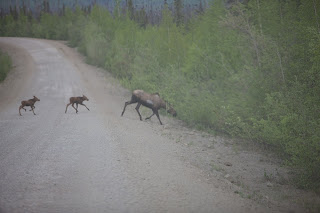 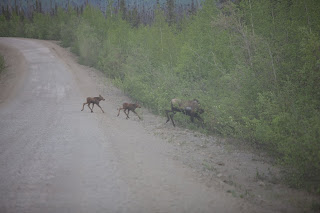 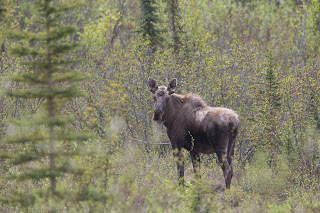 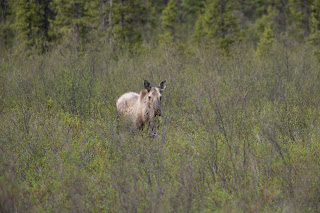 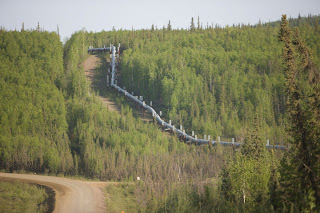 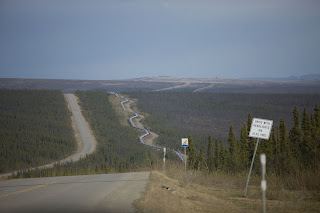 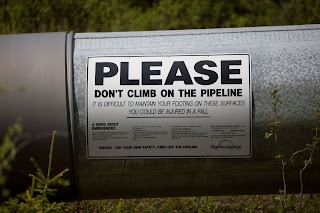 It began to rain on the return trip and the truck got a little dirty. 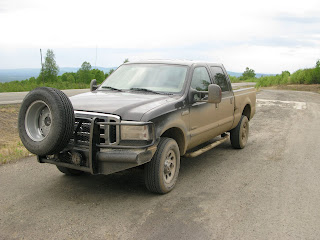 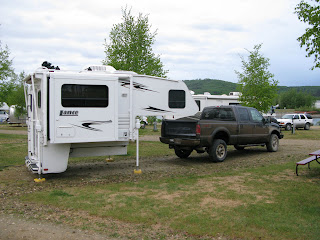 This was taken shortly after we got back at 11 P.M.

All in all just an excellent day.

See ya later from Alaska!