We decided to take it easy today after running around in the bush yesterday. After looking at the images we took and loading our update this morning we decided to just take a drive in and around Homer. Of course the only camera we decided to take was the little G9. Because we found something we needed the larger camera and lens for; an eagle’s nest with an eagle sitting in it. There it was just off the road near the airport. The interesting thing was we had passed this spot several times before without ever noticing anything.

We decided to return to the nest armed with the 1Ds III and 400 DO with a 2x extender. The first image shows the original untouched; while the second is a crop of the nest and eagle. As near as we can tell we were shooting approximately 200 plus yards away. 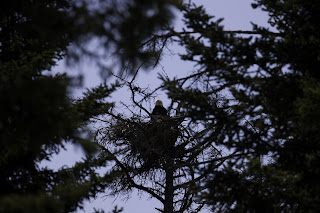 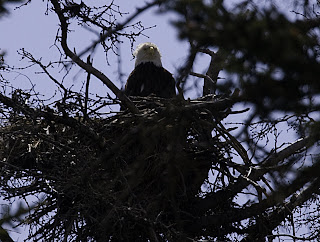 Posted by ironcreekphotography at 5:59 PM