Another walk in Yosemite with the Leica M9 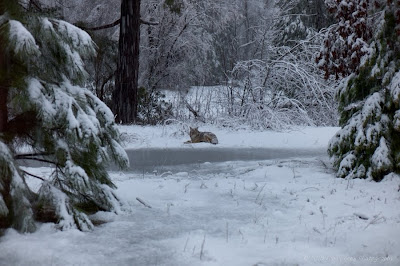 While I did drive around some today I also walked the better part of two hours this morning using both the 50mm and 35mm lenses. Woke up to snow on the ground and in the trees, beautiful till I stepped outside. Mother Nature couldn't make up her mind whether to rain or snow so she was doing both. The sky for the most part was totally socked in however I did see a small patch of clear blue sky for a nanosecond. I'm enjoying my walks here especially since I have such a small light weight camera. Loaded the Jeep with the Cambo/P45+ along with the M9 and decided to drive to Tunnel View to see what the valley looks like from a high elevation. I was able to capture one image using the M9 and before you know it the valley was completely covered in clouds so no joy with the Cambo. The completely opposite occurred in the meadow across from Lower Yosemite Falls Trail; I was able to capture Half Dome just as it showed itself from the clouds however by the time I tried it with the M9 is was completely covered again. 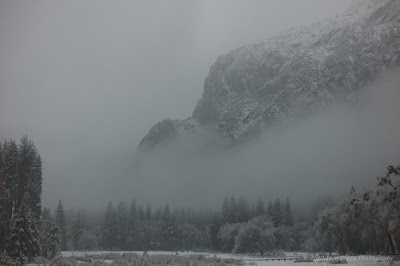 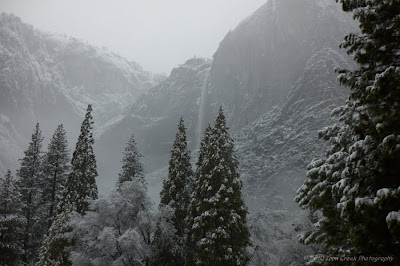 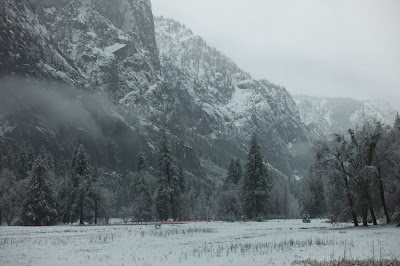 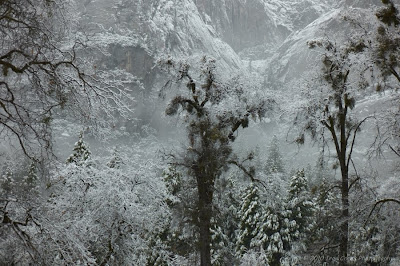 I've been thinking of adding the following especially since I noted the blog has reached the attention of other blogs/websites, www.leicalinks.com and www.1001noisycameras.com to name a few. The cameras I use and write about are mine, I own each and everyone bought and paid for. Dave Gallagher, Capture Integration may occasionally send me one to try out (the last one was about 12 months ago and was the Cambo Ultima). I don't review cameras as a profession if I did I'd quit and find other work. What I'm attempting to do here is pass on my thoughts and experiences as they happen, in this case shooting the Leica M9 in weather ranging from the mid 60's when I started this trip to now, snowy, cold, rain, did I mention cold? I'm in Yosemite primarily to capture (hopefully) at least one or two images I feel I'll want to print and hopefully sell, and at the same time attempt to share some images and experiences along the way. So there you have it, I'm a professional fine art landscape photographer and a hobby camera reviewer. 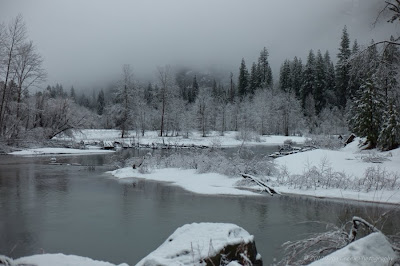 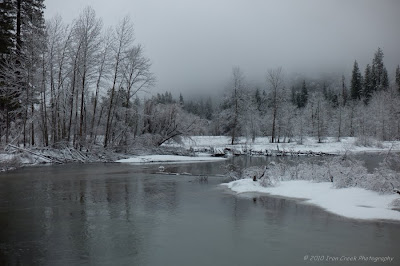 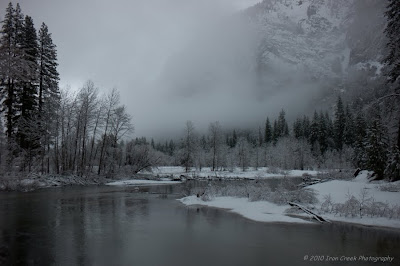 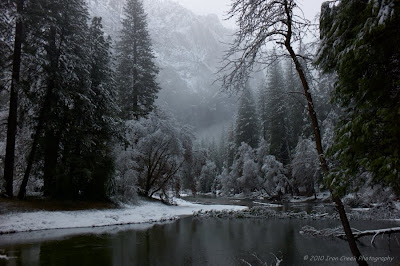 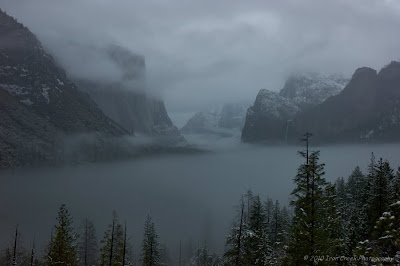 That's it for now.
Don
Posted by ironcreekphotography at 3:31 PM